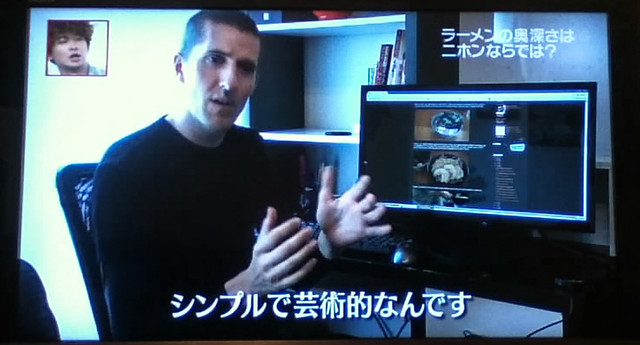 Definitely the strangest TV show I’ve been on. Sekai de Nihongo is a general show about how the world sees Japan. They sit around a digital koi pond and the fish swim to the people who are meant to comment. There is also a CG robot announcer with an annoying high pitch voice. Welcome to Japan. 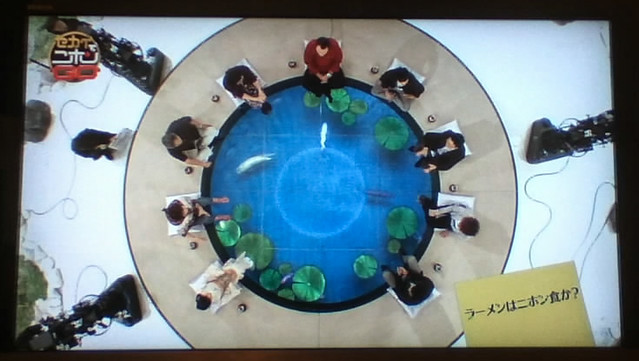 This time, they just filmed me sitting at my desk blogging and talking.

Actually, with NHK, they aren’t allowed to promote any business, since it is a government sponsored channel. So the quotes about specific shops are a bit on the mysterious side. For the record, I spoke about:

Also, they didn’t mention the actual name of my blog, which meant that very few people learned anything about finding great ramen from this show. Weak! I think the site stats showed about 1000 people hitting Ramen Adventures. In contrast, a prime-time show on another channel might give me 100,000 page views.
Post Views: 366

大つけ麺博 Here are the six bowls of tsukemen from the first week of the festival, in the order I would…