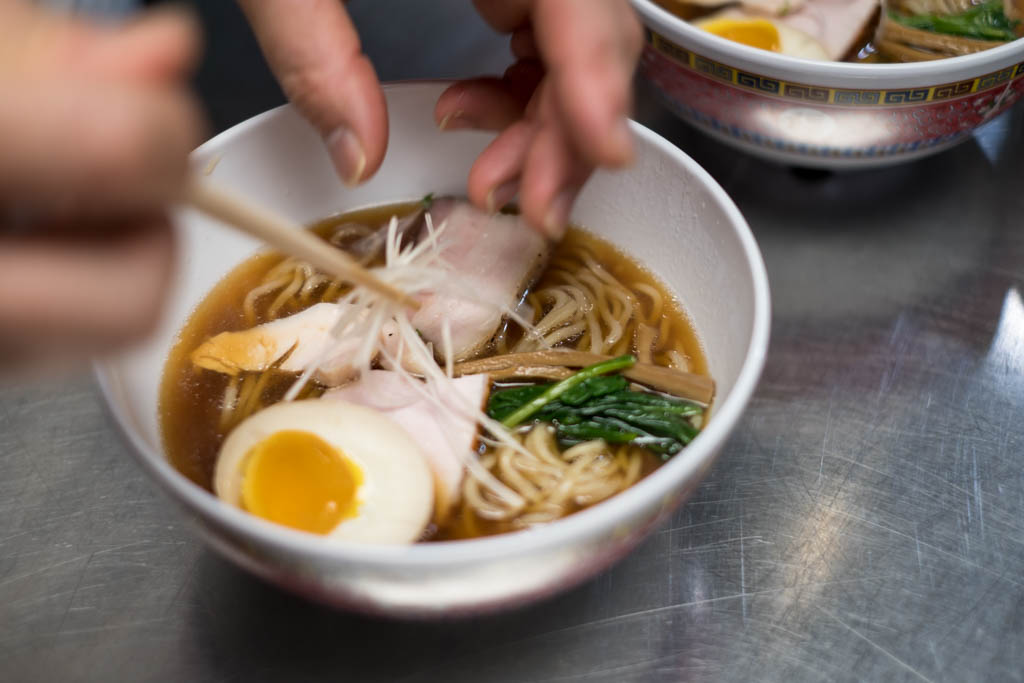 For the second time, I helped bring a ramen shop from Japan overseas for a popup event. This time was with Muginae, one of Japan’s most famous and celebrated shops in recent years. Two hour waits every day, number one on Tabelog, Michelin status, I was actually surprised they agreed to come. Aren’t they ramen celebrity in Japan? Though we look up to chefs who have achieved such status, in the end, they are just normal people. To Aki and Jun, the two behind Muginae, an overseas adventure was an opportunity they jumped at.

We were hosted by Little Pearl, one of the restaurants helmed by chef Aaron Silverman in his Rose’s Group. 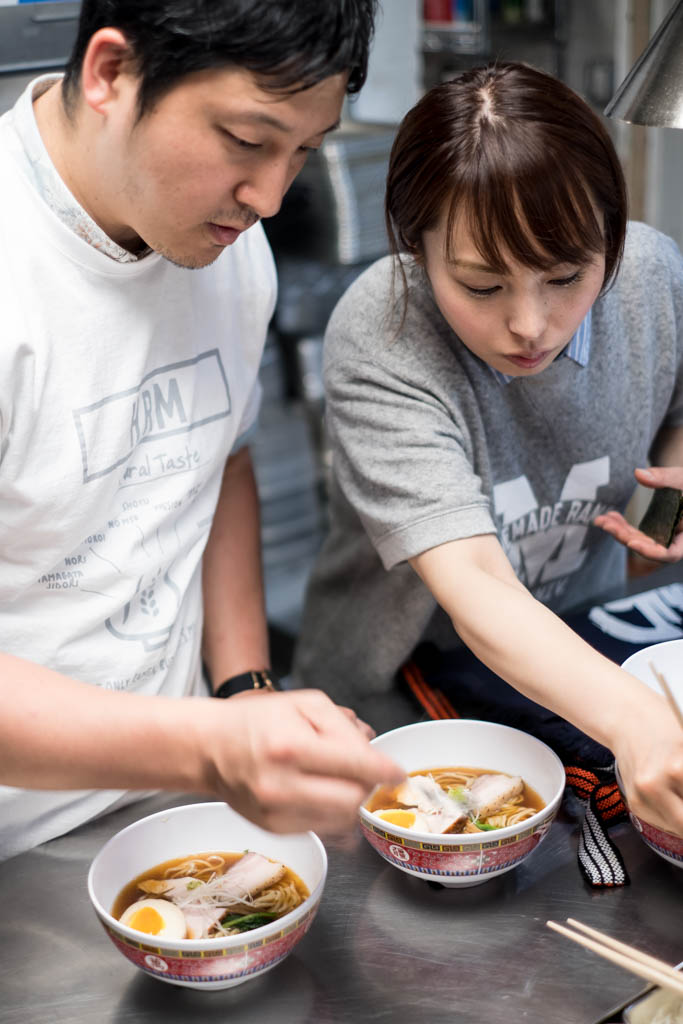 The menu was half Little Pearl and half Muginae. Ramen ingredients smuggled over from Japan alongside a fun menu of Northeastern-style onigiri and yuzu ice cream. 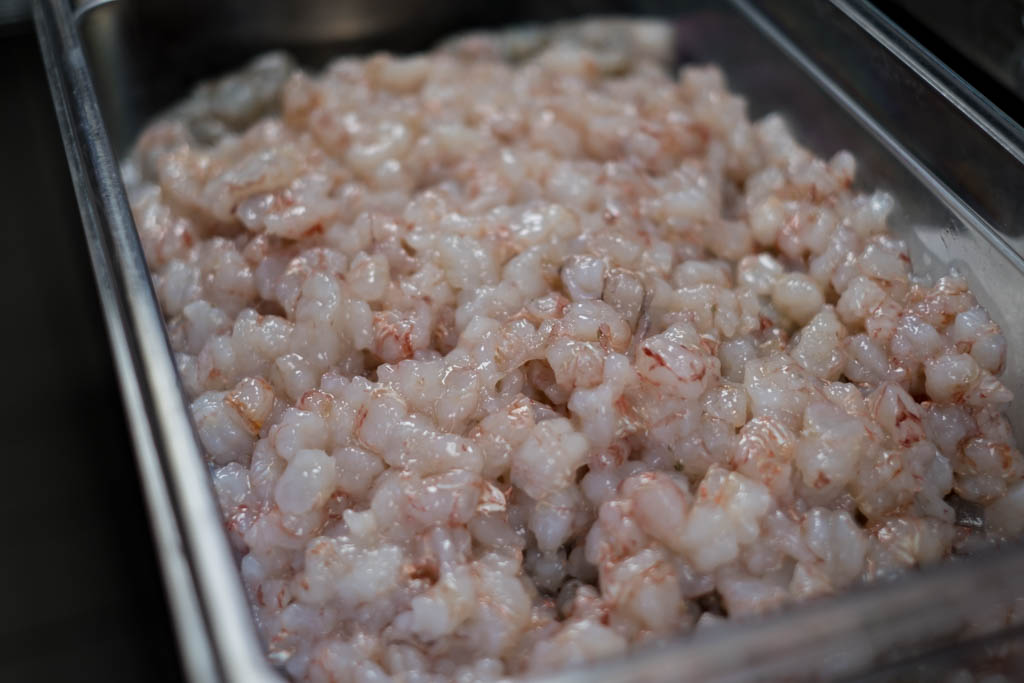 Ramen requires large pots, and the one on the right was too small for our needs. Luckily, giant stock pots aren’t so hard to come by. 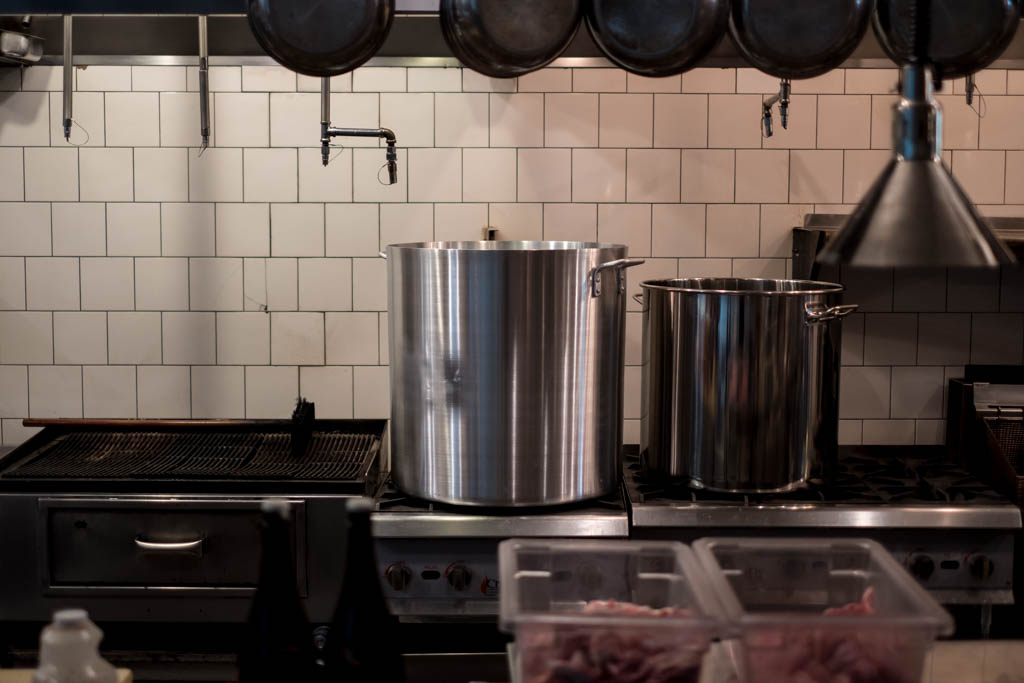 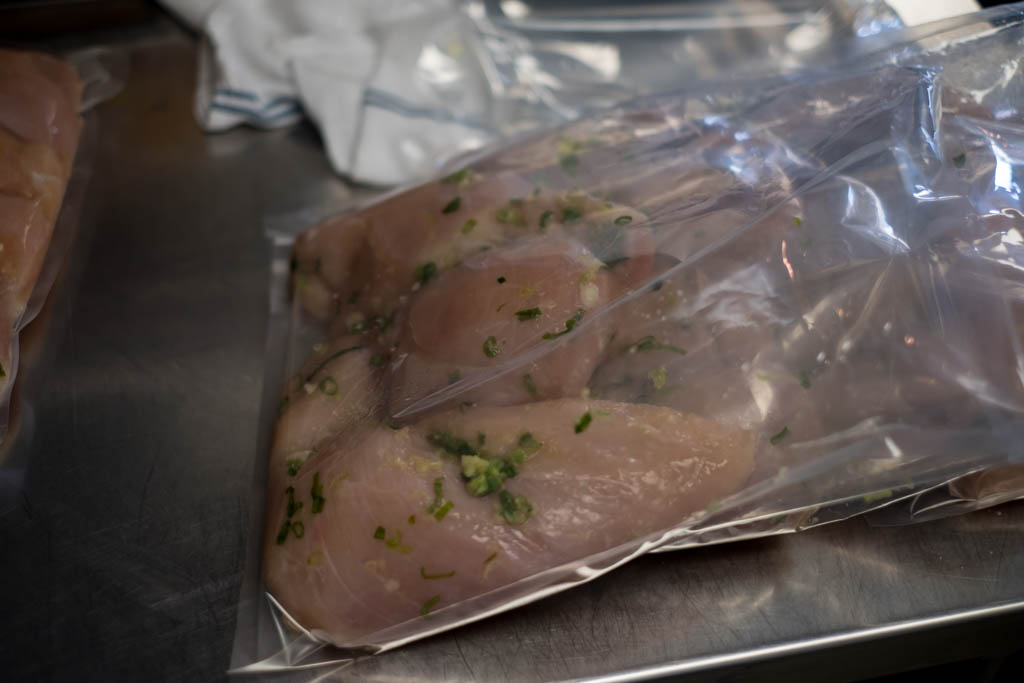 Noodle supplied by Shimamoto Seimen in New York. Sorry, I suppose the American name of the company is Shimamoto Noodle Company. 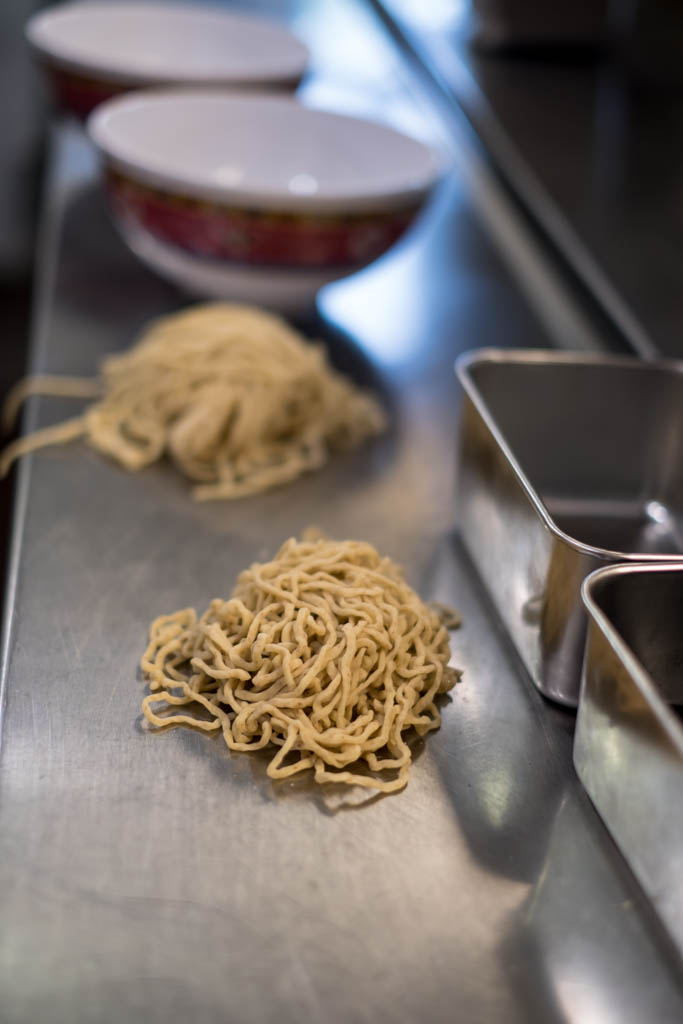 I am learning a lot about how overseas people truly view ramen when I do these events. To be honest, the reception was less than I expected. Online reservations sold out in minutes, but the walk-in seats, of which there were plenty, felt like less than a dozen. People told me later that D.C. people don’t go out without a reservation. Compared with the popup I did in Copenhagen, with a line around the block, this was a totally different scene. 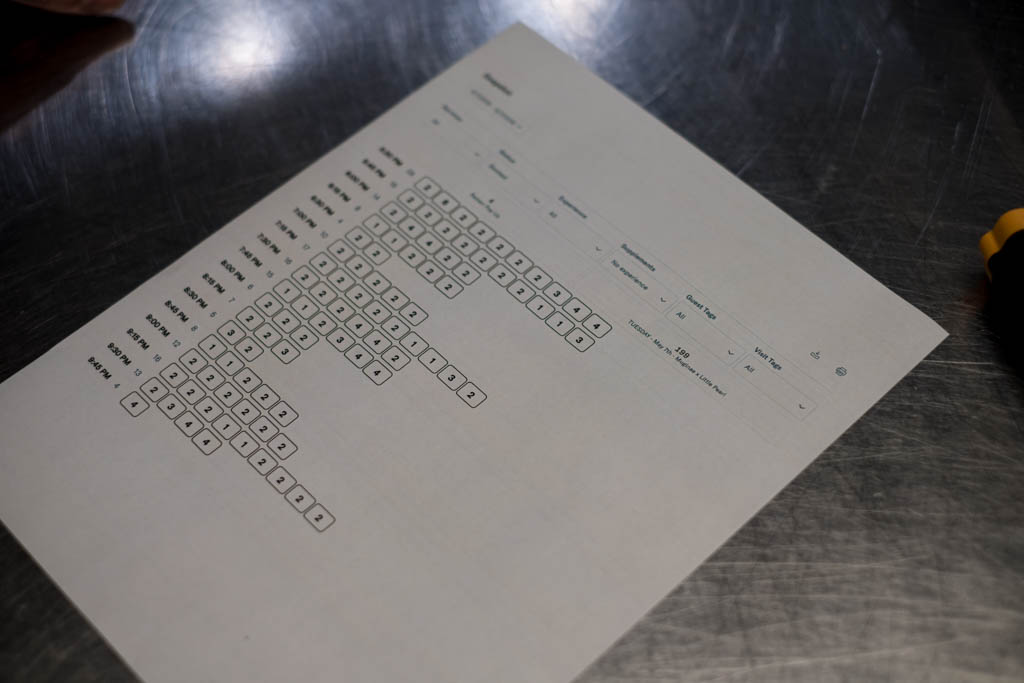 Little Pearl served up some funky rice balls made with local crabs and Old Bay seasoning as well as a kind of shimp wasabi ceviche dish. 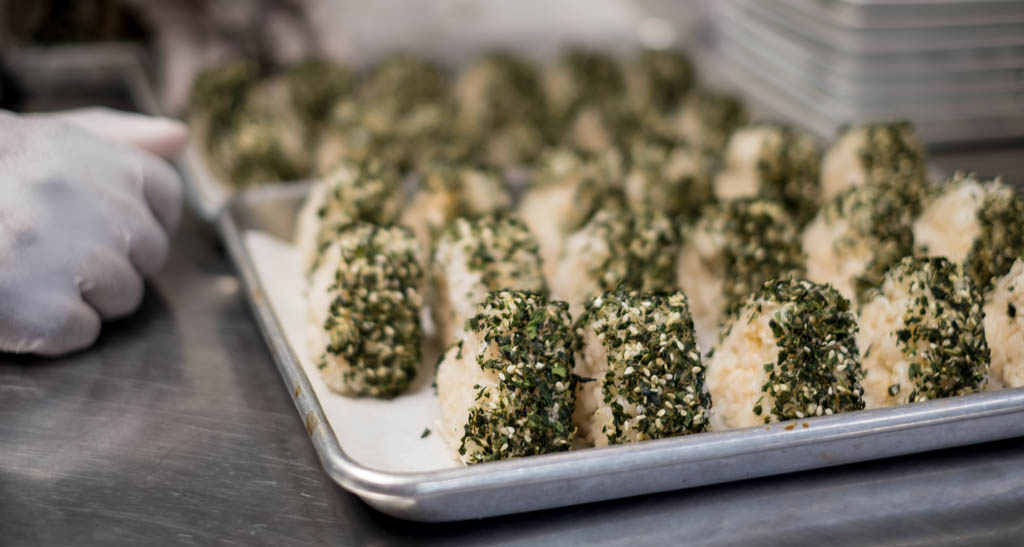 The ramen was, like Muginae in Tokyo simple on the outside but deep and complex within. A list of ingredients included:

We brought the goods. 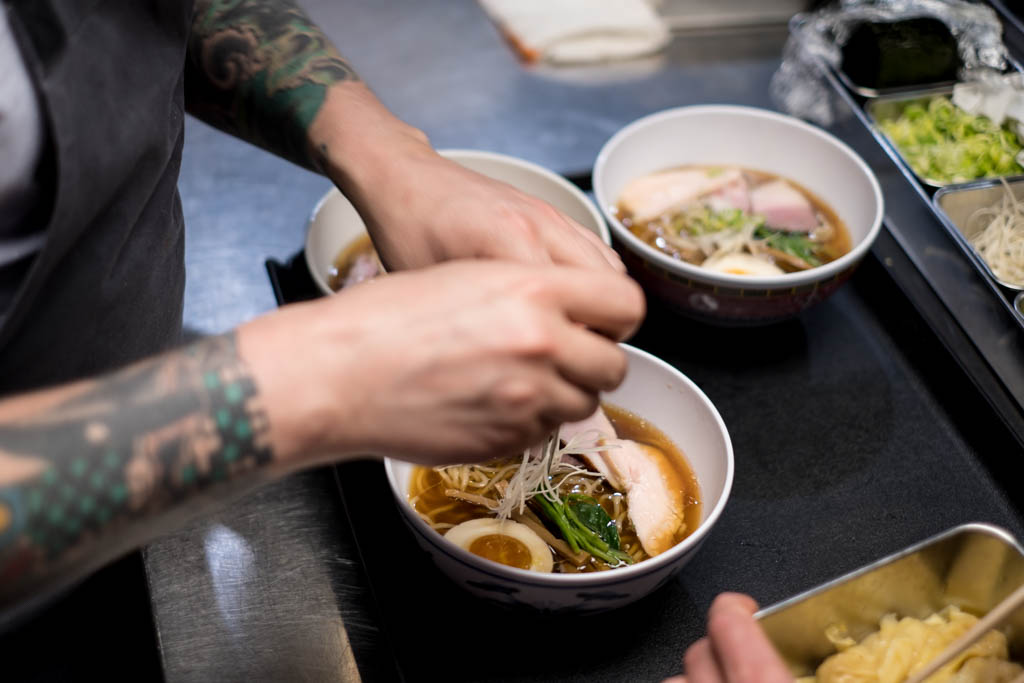 The meats were better on the second day. Shhhh, don’t tell those who came on day one. 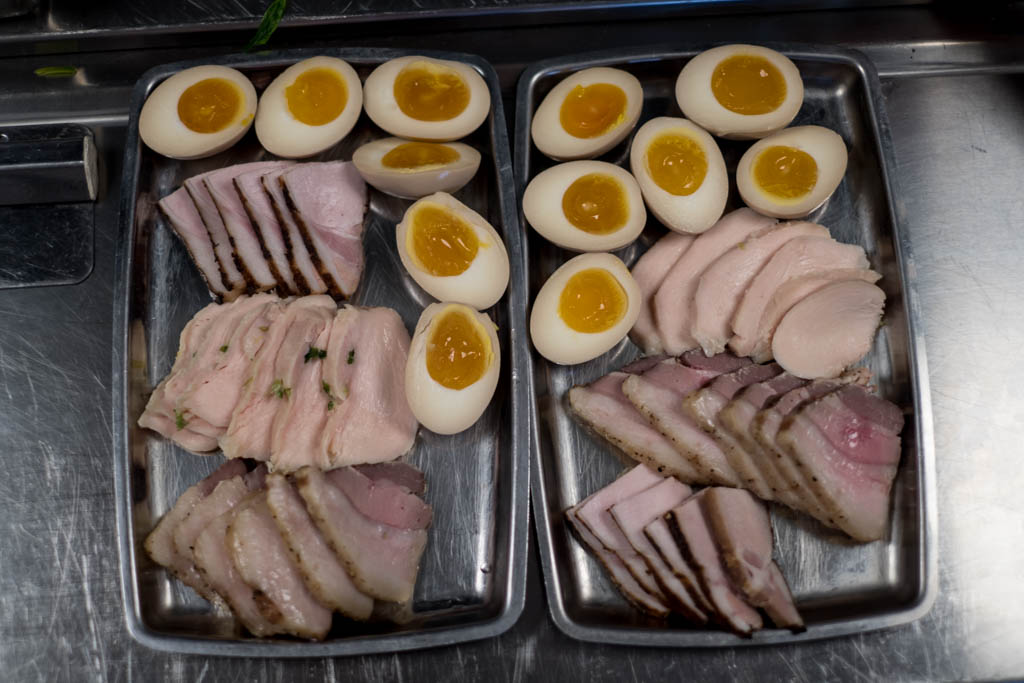 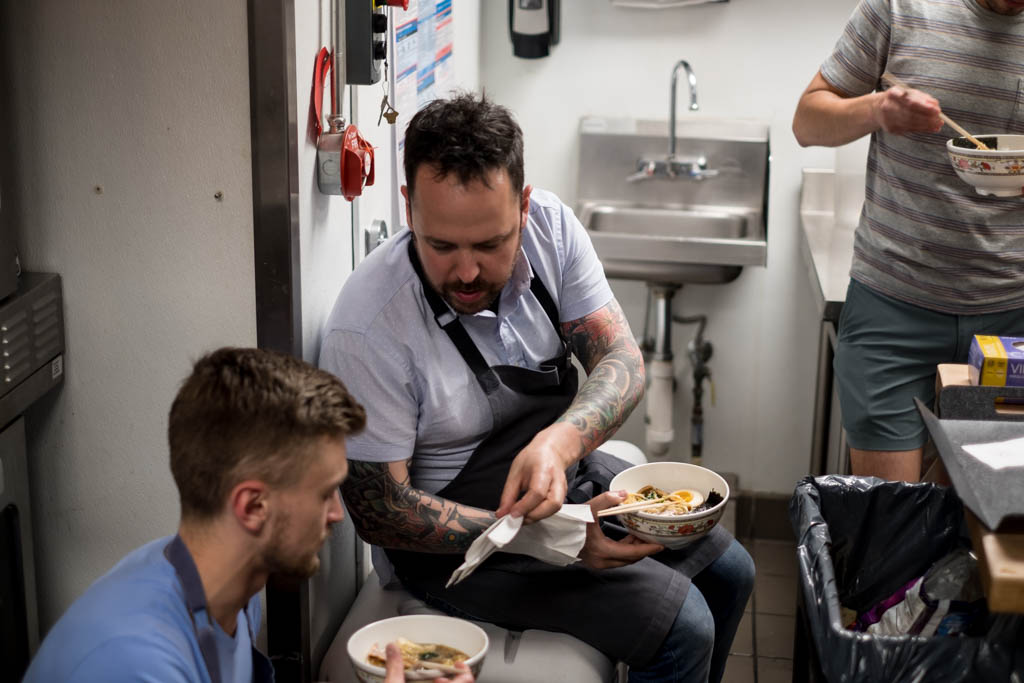 Bringing the ramen love to the world. 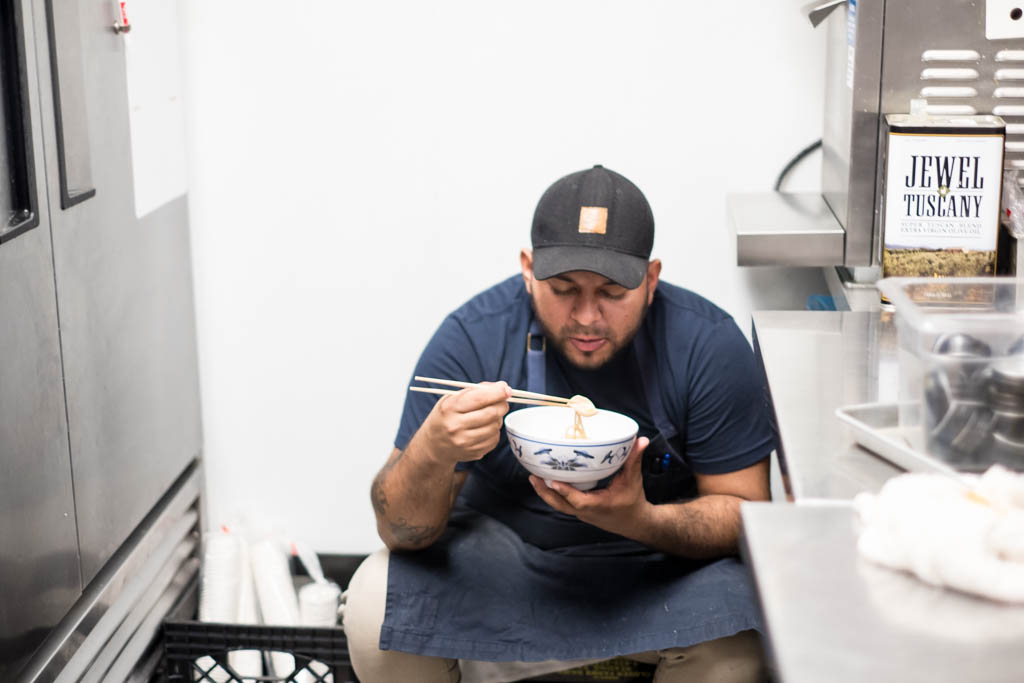 Huge thanks to everyone involved. And a huge thanks to the Ramen Adventures fans who came out to support it. Ya’ll the best! 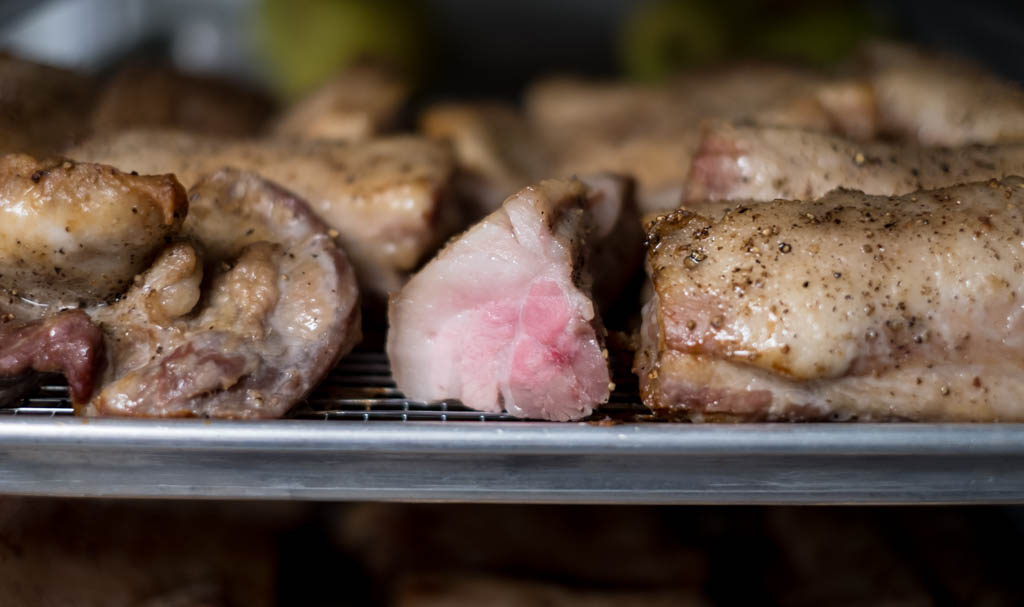 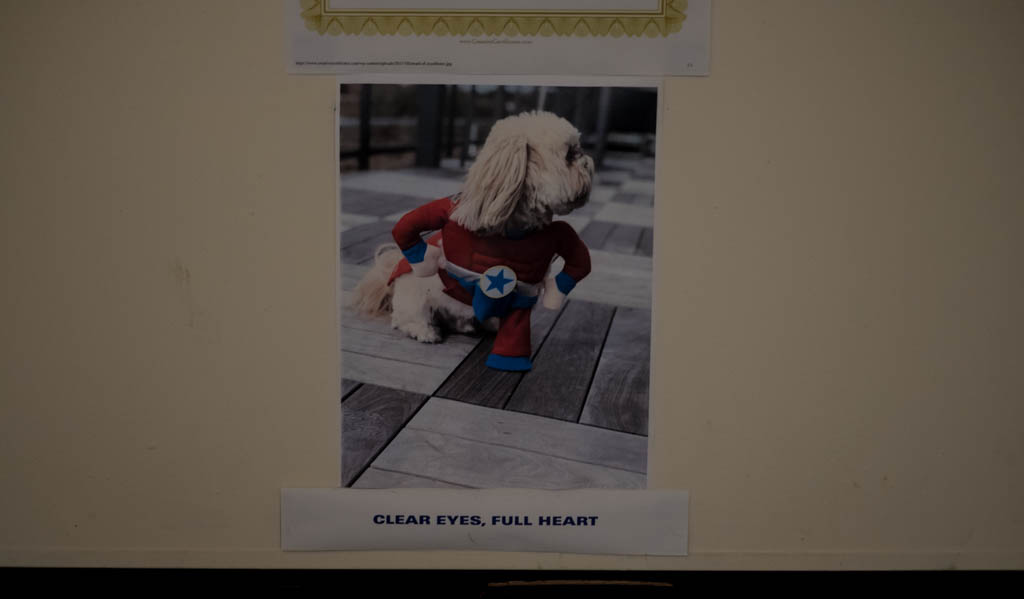 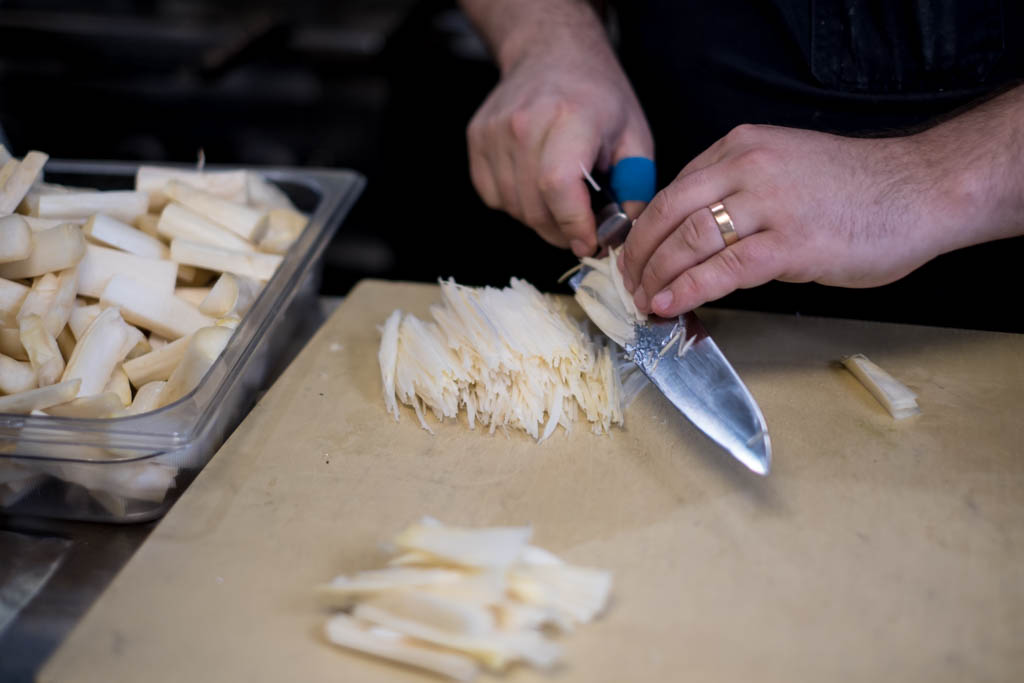 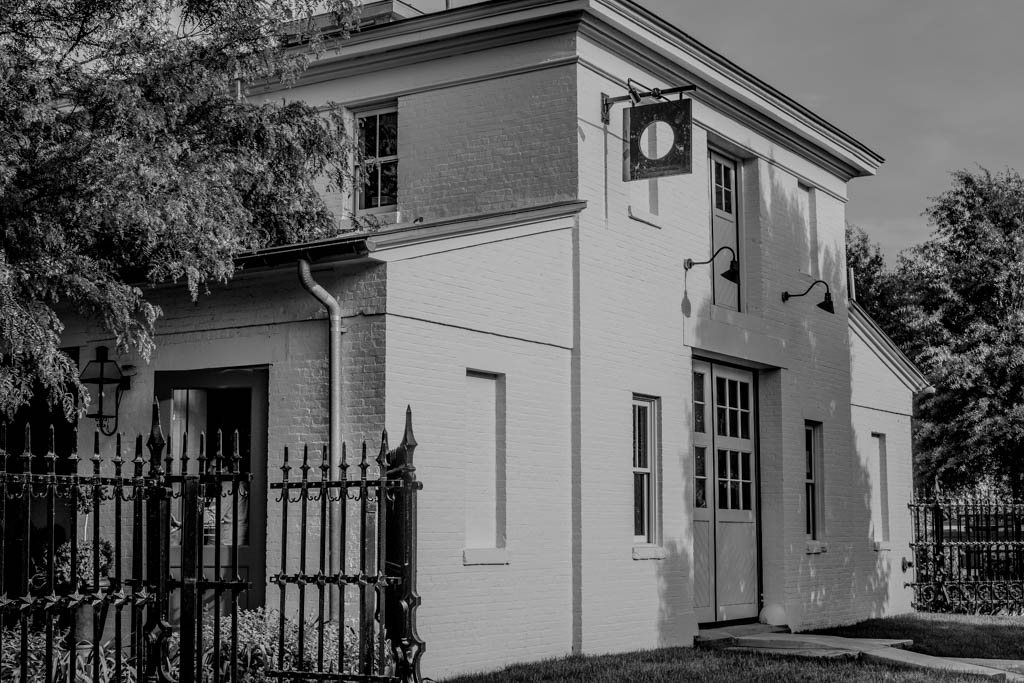 It's time for my annual best-of list, where I look back over the year at my favorite bowls. Thirteen shops…