Tabelog is Japan’s internet portal to the vast number of restaurants across the country. The site serves up general information, like addresses and hours, but the most popular feature of the site is the user reviews. Shops are given a ranking, with five being the highest. Shops with a ranking above four are generally considered excellent. Most of these are in the realm of fine dining. Among the over 50,000 ramen shops on the site, only five have scored above four. To put this in perspective, sushi has 90 shops with a ranking above four.

For a ramen shop to be put alongside great kaiseki or French cooking is a huge honor. 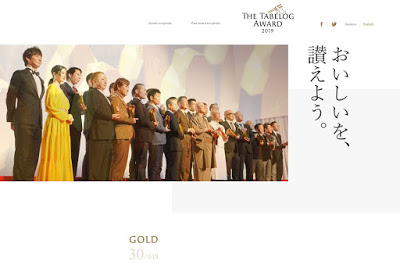 In 2016, Tabelog began the Tabelog Awards to honor the most revered shops.

It’s the Grammys of Japanese cuisine and the 30 restaurants in the gold category are coveted by food lovers from around the world. 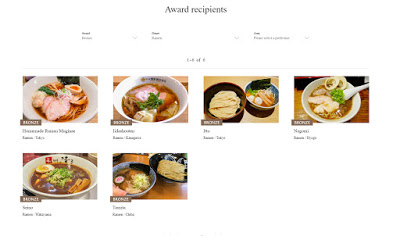 Although no ramen shops were given gold or silver, six were awarded bronze awards. 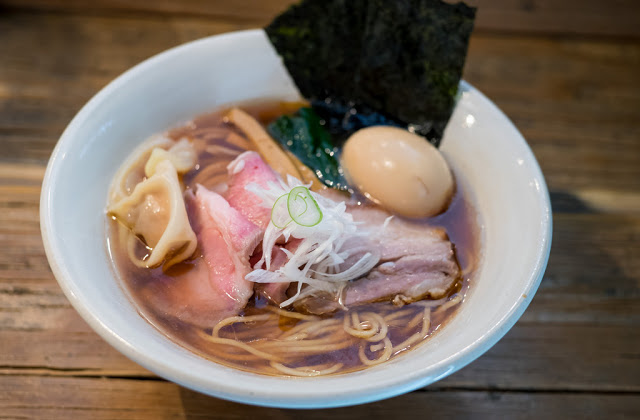 Muginae in Tokyo is known for a refined shoyu ramen using high-quality ingredients. They open for a few hours at lunch, and if you aren’t lined up for dinner at 6:00 pm, you probably won’t get in. Their ramen uses specialty chickens from Yamagata and a soy sauce blend from Hyogo and Nagano. 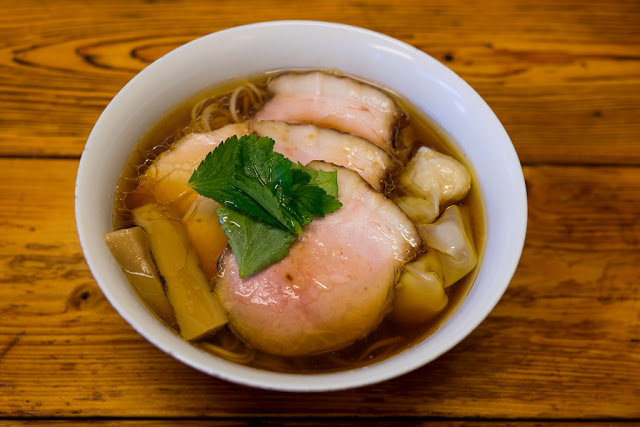 Idashoten is in Yugawara, a town in the far reaches of Kanagawa Prefecture. Another refined style, they often run out of their timed tickets by 8:00 am in the morning. They are particularly famous for their tsukemen, which uses thin noodles in konbu-sui, a kind of viscous kelp broth high in umami. 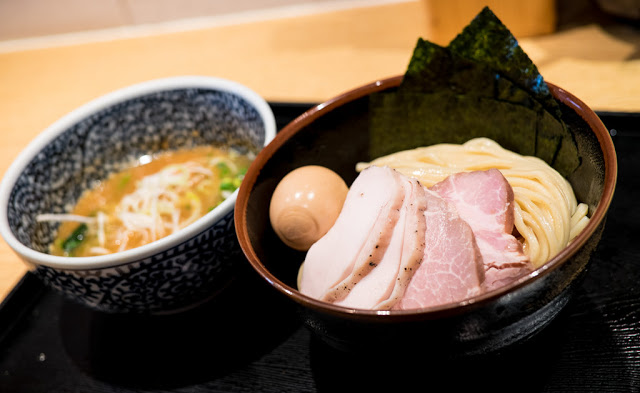 Itto’s thick tsukemen is very popular with Japanese and foreigners alike. The lines tend to be long, but not outrageous. Their success has led to a few shops within their group, including an Itto branch in Bangkok, Thailand. 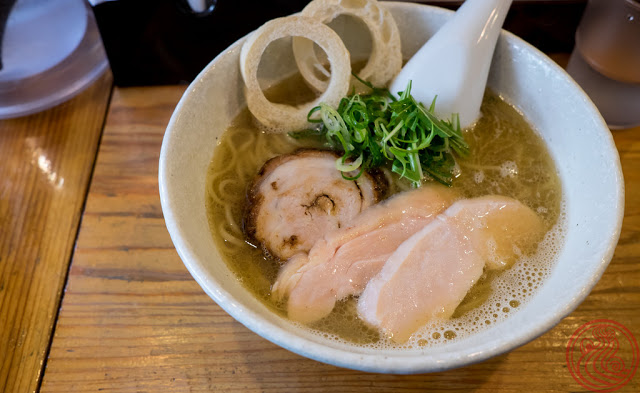 Nagomi, on the east side of Hyogo Prefecture, is the newcomer to the list. Creamy chicken soup is topped with two kinds of chicken chashu as well as some roasted pork. The shop isn’t too far from Osaka or Kobe by train. 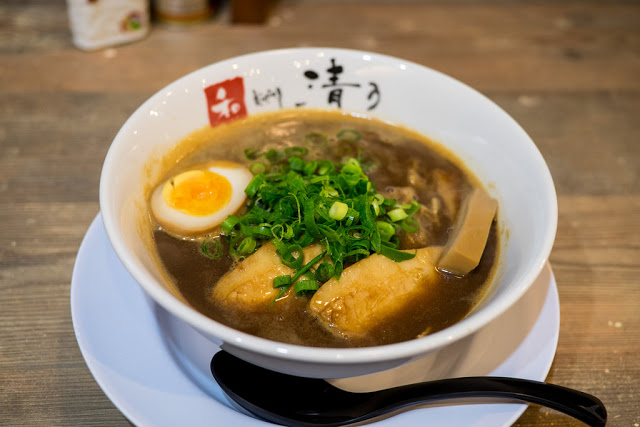 Seino is about an hour south of Wakayama City in Wakayama Prefecture. Their popular Wakayama-style bowl uses intense local soy sauce. Due to their location in the countryside, the lines are irregular. 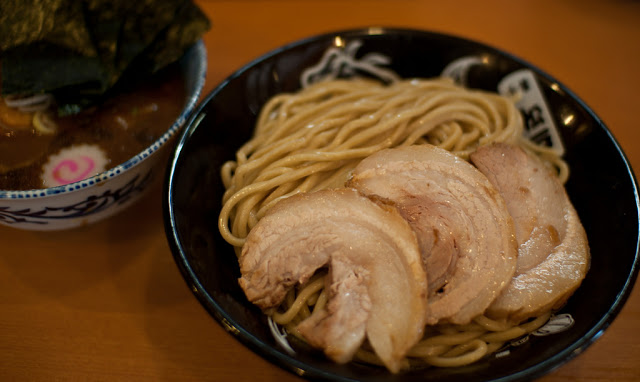 Tomita has been one of Japan’s most celebrated shops for over a decade, and with the release of Ramen Heads, a documentary film about the ramen scene in Japan that focuses on Tomita, they are becoming even more popular with overseas guests. To get a bowl of the intense tonkotsu-gyokai tsukemen, you should line up in the morning for a timed ticket. This new system was put in place to alleviate the four-hour lines that were the norm at the shop.

The Tabelog awards have given bronze to ramen shops in the past. A year ago, the same shops won apart from Nagomi. In 2016, the list was Ibuki, Ichikawa, Itto, Seino, and Tomita. Before that, in 2015, ramen was given a best 50, which is cataloged over at the best-of-ramen site:

Tabelog continues to be one of the most popular food portals in Japan, though their English language version isn’t as robust as their Japanese version, meaning overseas sites like Yelp, Trip Advisor, and even Google reviews still have a huge following with foreign tourists.

While the gold, silver, and bronze categories focus on fine-dining, Tabelog has also created best-100 lists in casual categories. Pizza, curry, even bread gets a category here. 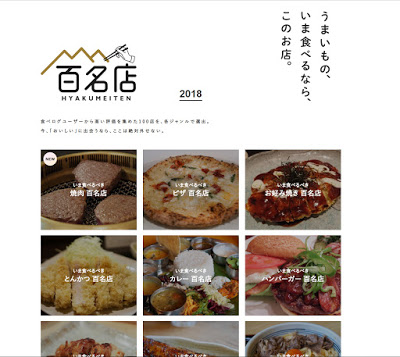 Due to the sheer popularity of ramen across Japan, they split the ramen category into three; East, West, and Tokyo. 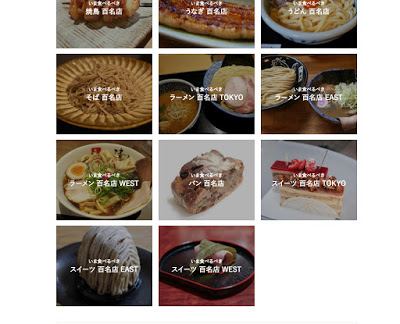 With 300 shops to try, even the most well-traveled ramen lover has their work cut out for themselves.

It's time for my annual best-of list, where I look back over the year at my favorite bowls. These 14…

http://bestoframen.com/ My best-of lists live here now! If you don't want to check it out, here is my list of…