The plan was to hike the length of the Northern Alps of Japan, camping on mountain peaks, cooking ramen, and enjoying the scenery.

Taking things a step more adventurous, I packed enough nama ramen for 4 days, and enough instant noodles for 3. Nama, meaning raw, means that I would need to actually boil the noodles, strain them, then add them to the soup. It’s not a difficult process, as anyone who has ever made spaghetti could tell you, but when backpacking it can be a bit of a challenge. Instant noodles are simple, just boil some water, add the noodles and soup, and let sit for a few minutes. 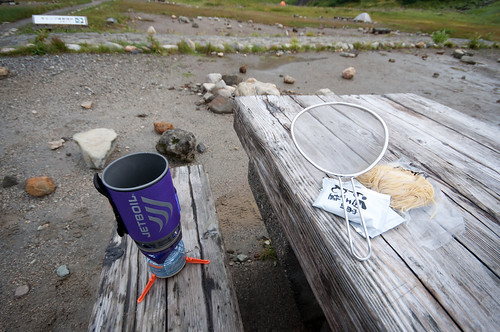 Made with some of the best water in Japan, straight from the mountains of the Tateyama range. 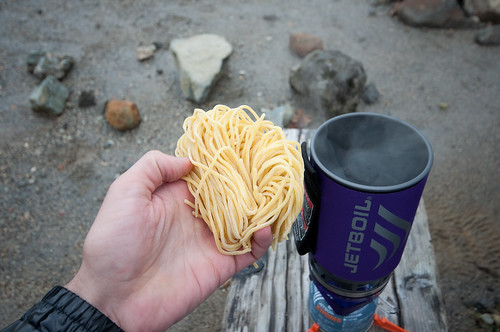 These noodles are far superior to the dry kind. 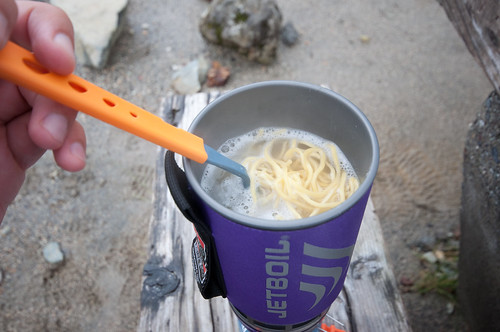 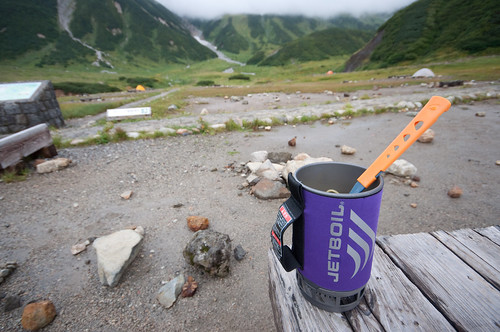 Now the bad part. The weather. There were clouds and rain on all the peaks, with visibility of only a dozen or so meters at times, and typhoon level winds. So I decided to head down into the valleys, and eventually ended my trip after 4 days instead of 8.
I learned a few things about ramen. If you’re camping, go ahead and do the nama thing. But if you are packing it, carrying everything on your back, stick to lightweight, easy to make instant stuff. I bought all my ramen from the basement of Tokyo station, where there is a gift shop selling about 100 types of nama and instant ramen from around Japan.
Oh, and if you are calling me out, saying that all it takes is a little wind and rain to send me crying home, I made a video of conditions on the peaks. Warning, I drop the f-bomb:
Post Views: 296

Ramen Show 2010 I've heard that the annual Ramen Show in Komazawa Park draws a crowd, but this was ridiculous.…

Is the sun rising over Tokyo a true testament to nature's beauty? And can one honestly call hopping the Yamanote…