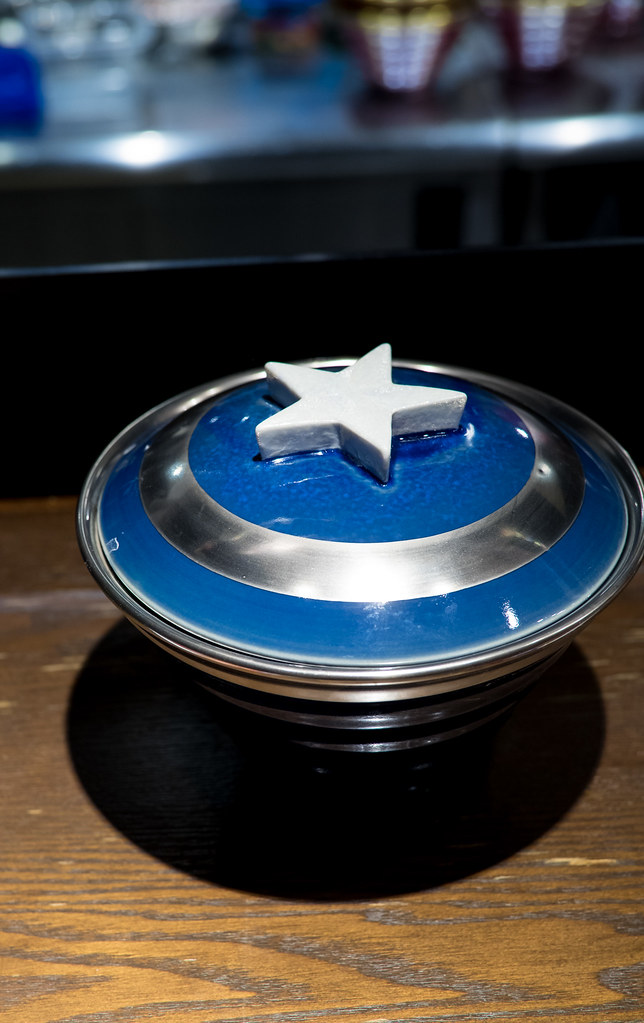 Are you Team Captain? 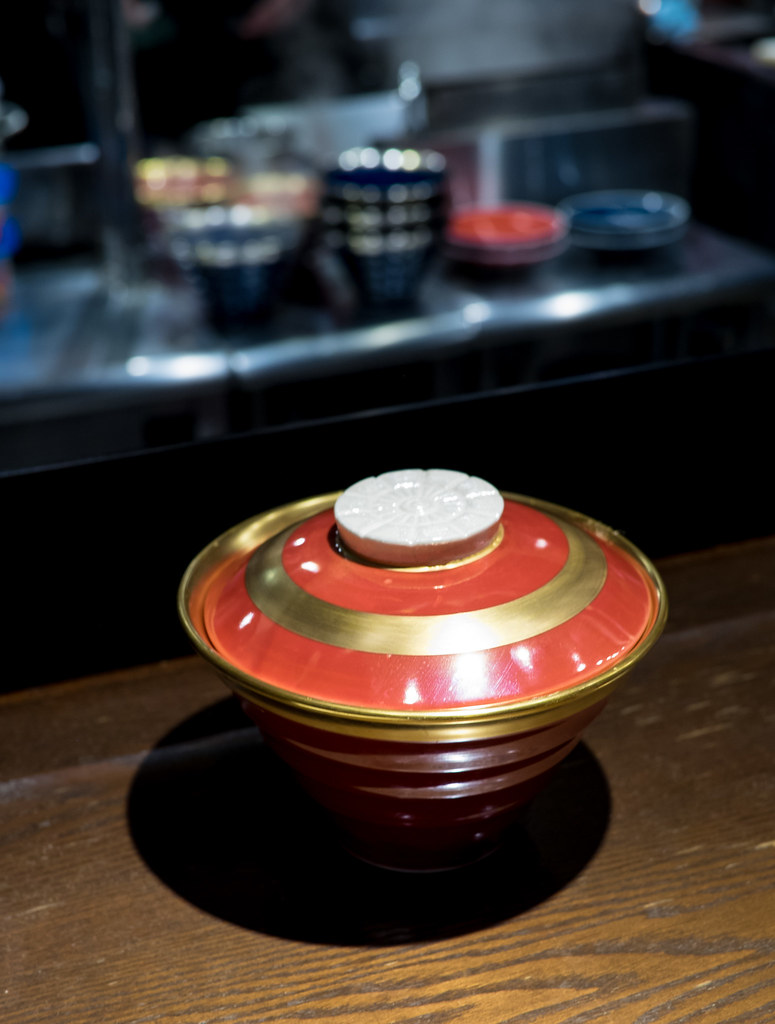 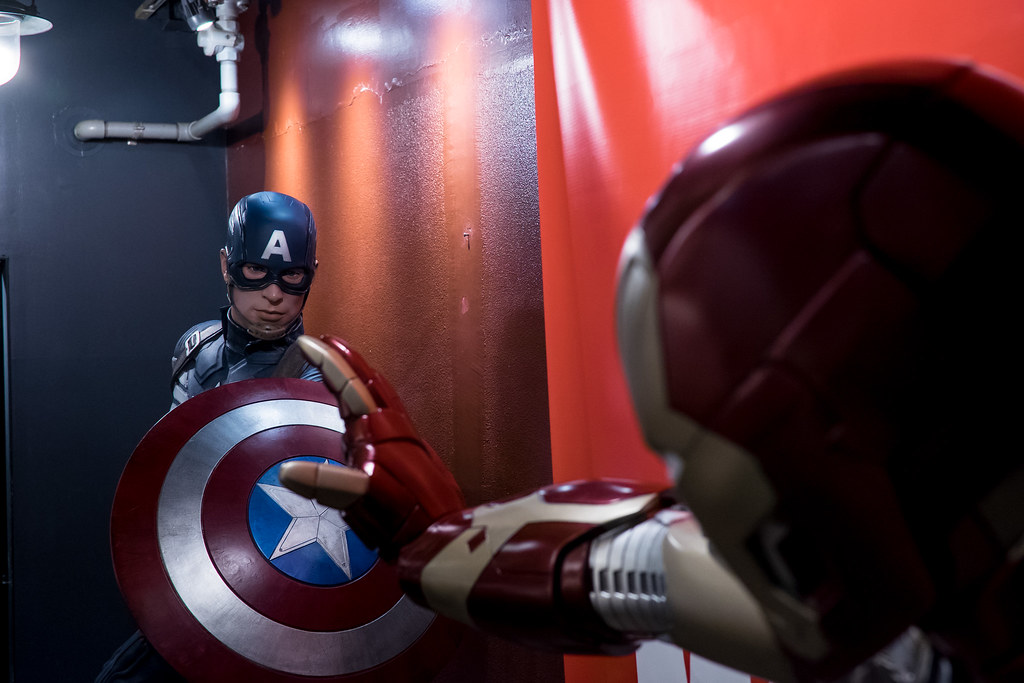 I was lucky enough to make it to the limited Marvel x Ippudo collaboration event with the relase of Captain America: Civil War. What does a six item, limited menu look like? How do you represent each side and all of their allies at a ramen shop? 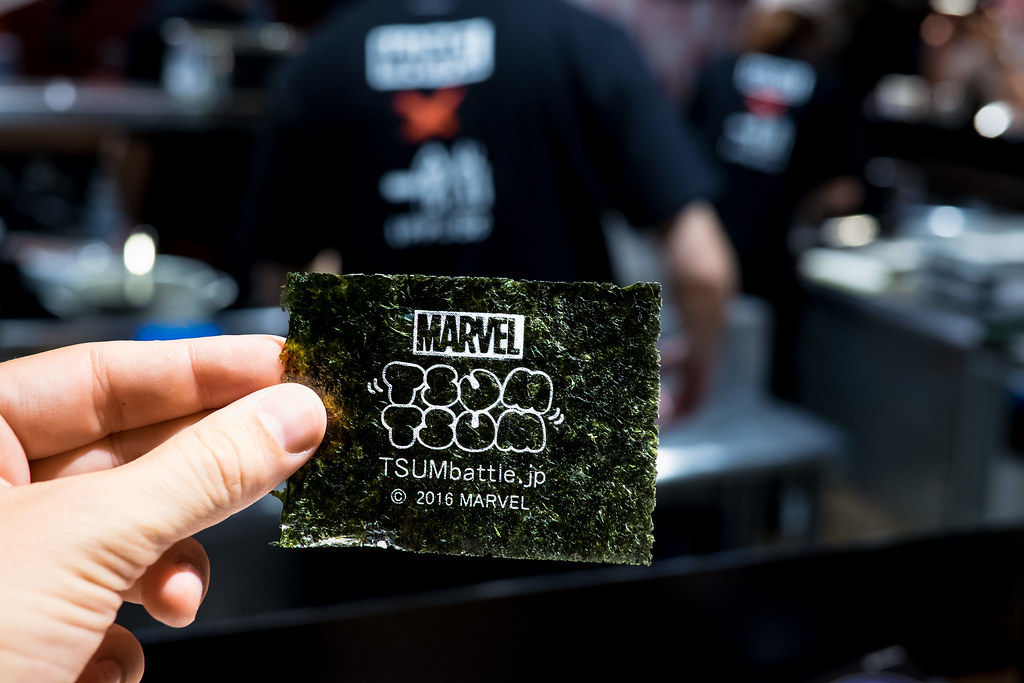 First, go download the Marvel version of Tsum Tsum. Do they have this smartphone game overseas? Board any crowded train in Japan, look over your neighbor’s shoulder, and I give it a fifty fifty chance they are playing this game. (Editor’s note, I wrote this before Pokemon Go was a thing).

I know this is sounding like a sponsored post, but it isn’t. I wish this site was sponsored by Disney. 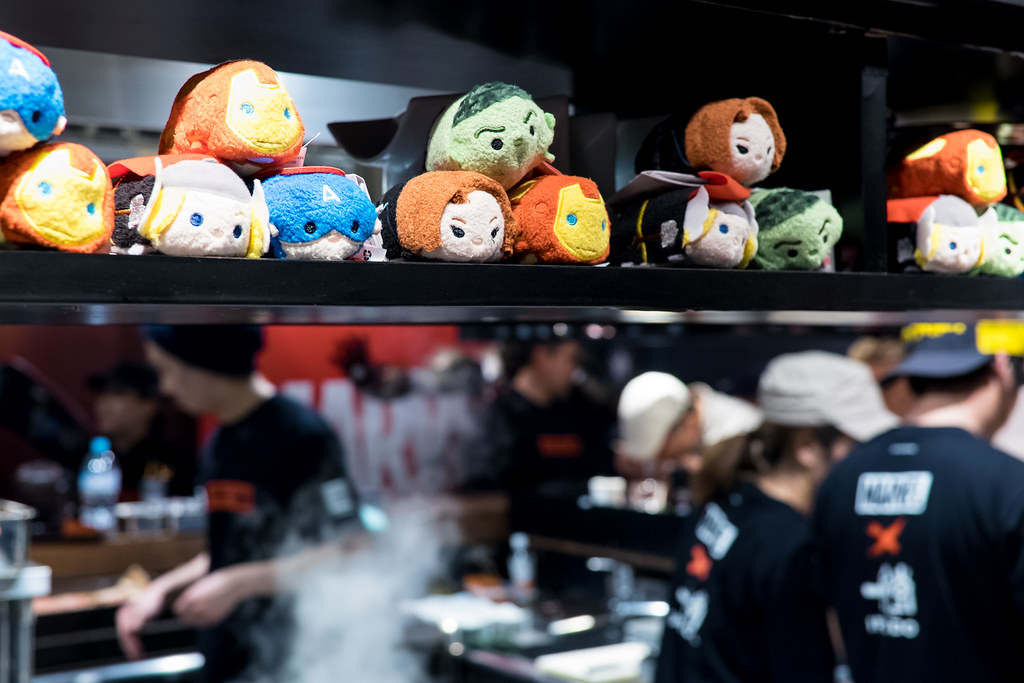 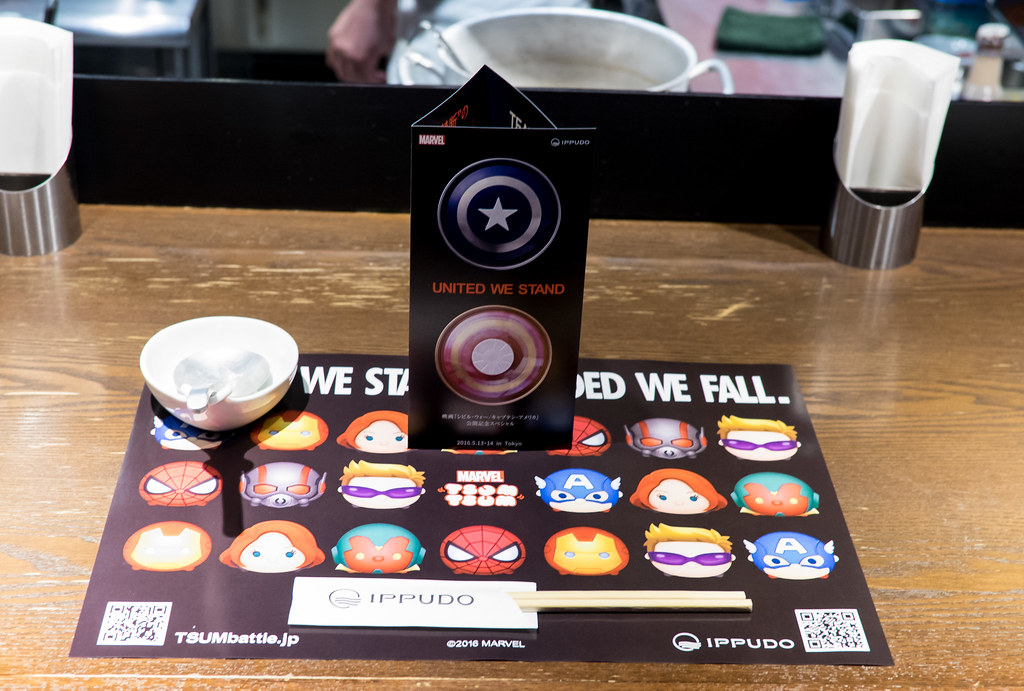 A refreshing blue beverage (Captain) and some spicy fried noodles (Stark). I’m not a fan of sweet drinks, so the clear victor was Team Stark with their tasty snack. On to the ramen!

Each ingredient in the bowl is meant to parallel a character in the movie. Breaking it down:

This bowl was awesome. A very light chintan soup, with very firm, peppery noodles. The bacon espuma should make its way into more light bowls of ramen. Who doesn’t love bacon! 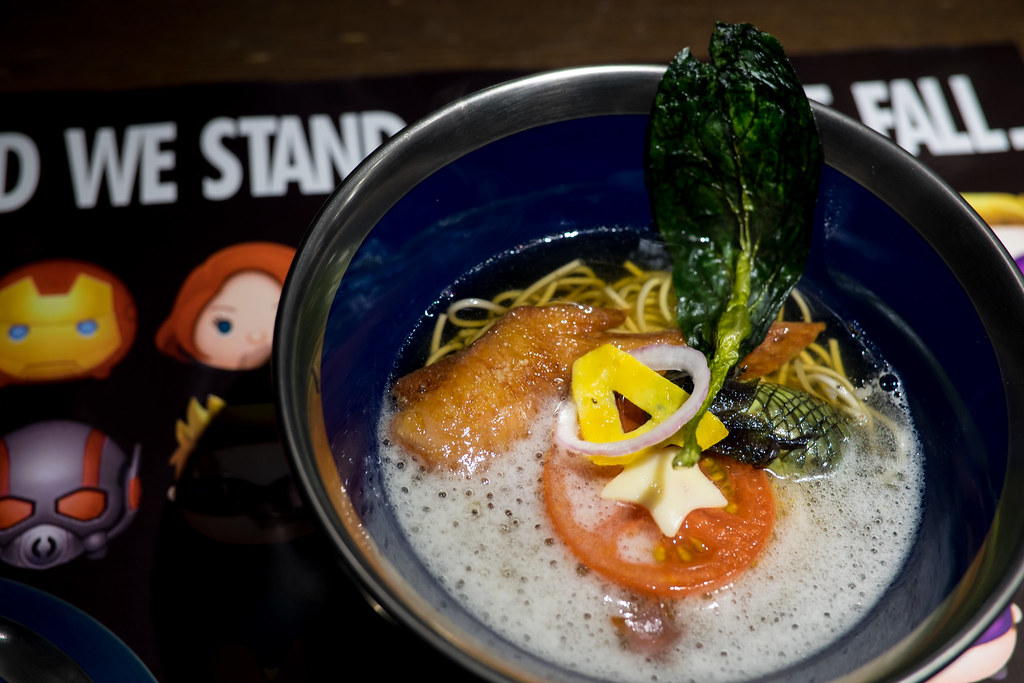 Over at Team Iron, a.k.a. Team Paitain:

I wasn’t feeling this one at all! Actually, and I told this to the staff, the two corn chips made the whole bowl smell like, well, corn chips. I removed them and proceeded, but this bowl was just crazy. Definitely a win for Team Captain. 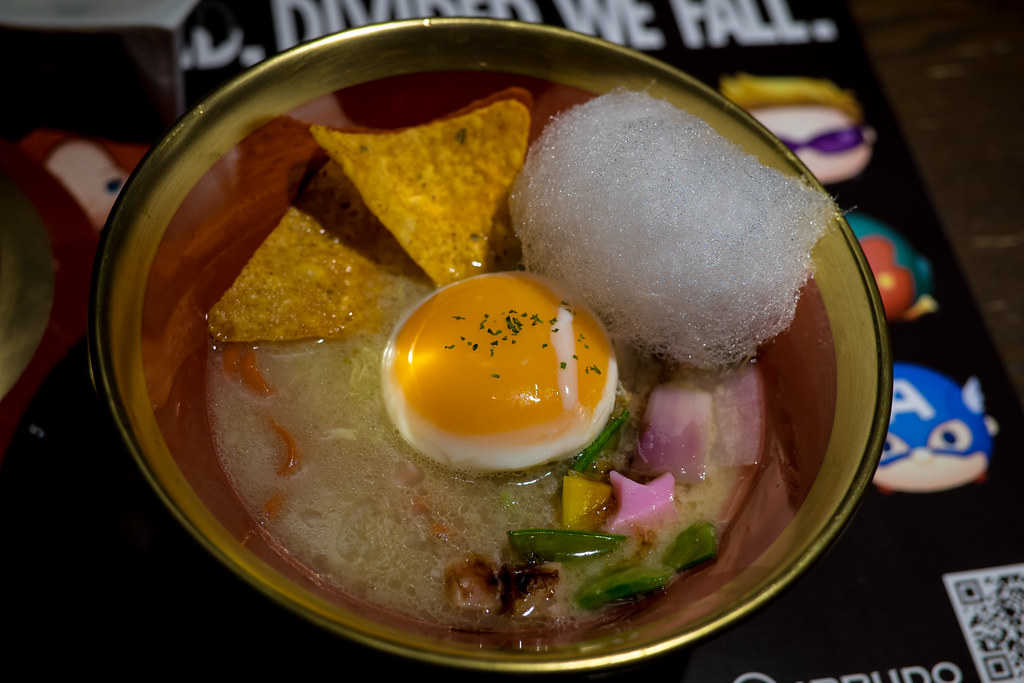 After the bowls, a snack and desert. 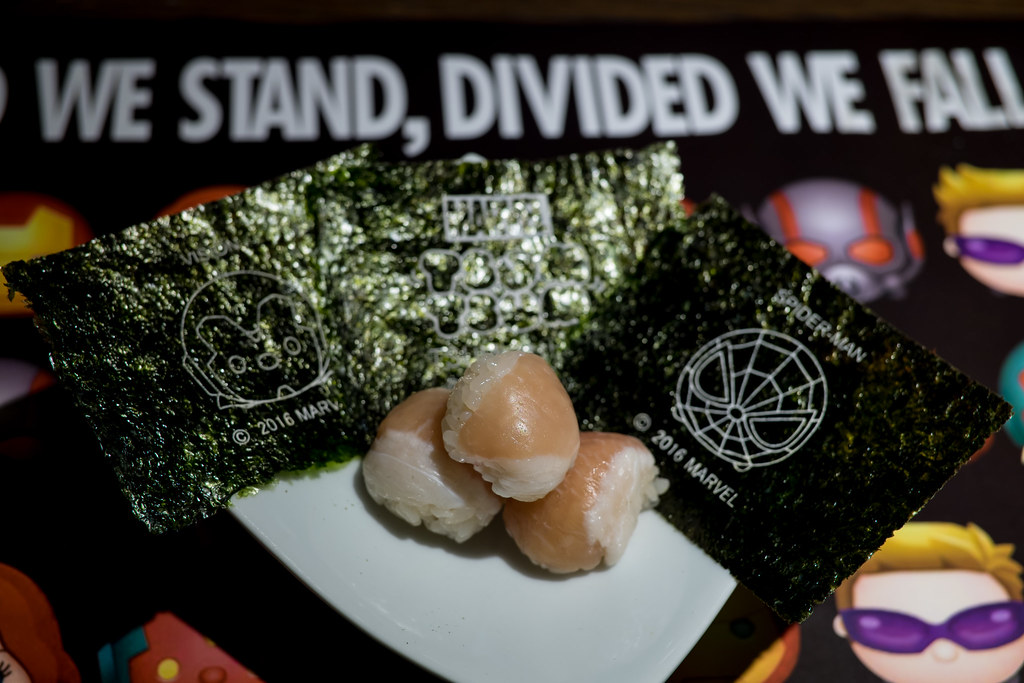 The parma ham sushi bites were meant to be little Tsum Tsums (is that even a word) from the game. Tasty!

Desert was a Captain America pudding. 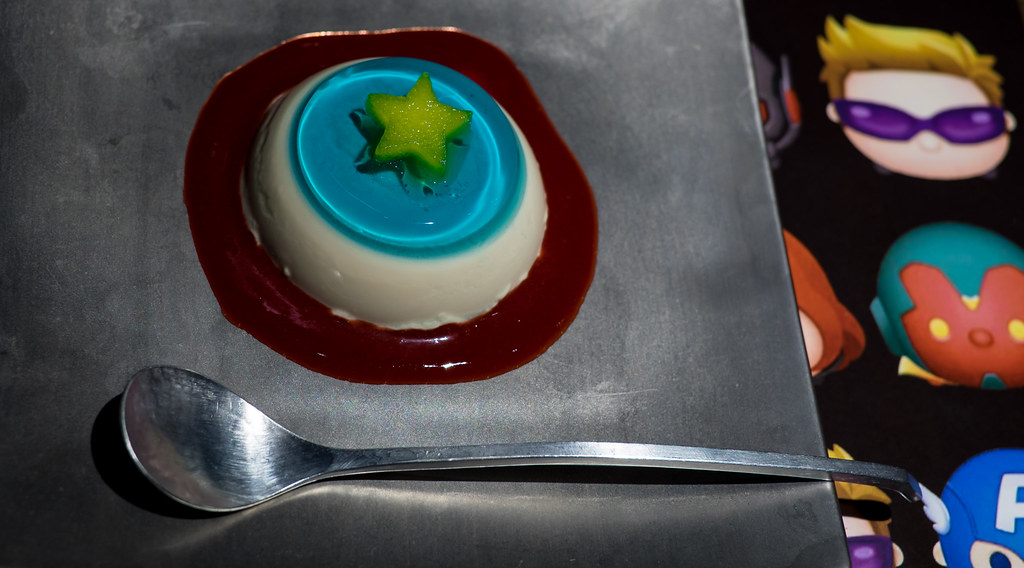 Tickets for this event were gone within four hours of it being announced on their Facebook page. You can check it out here so you never miss another event! 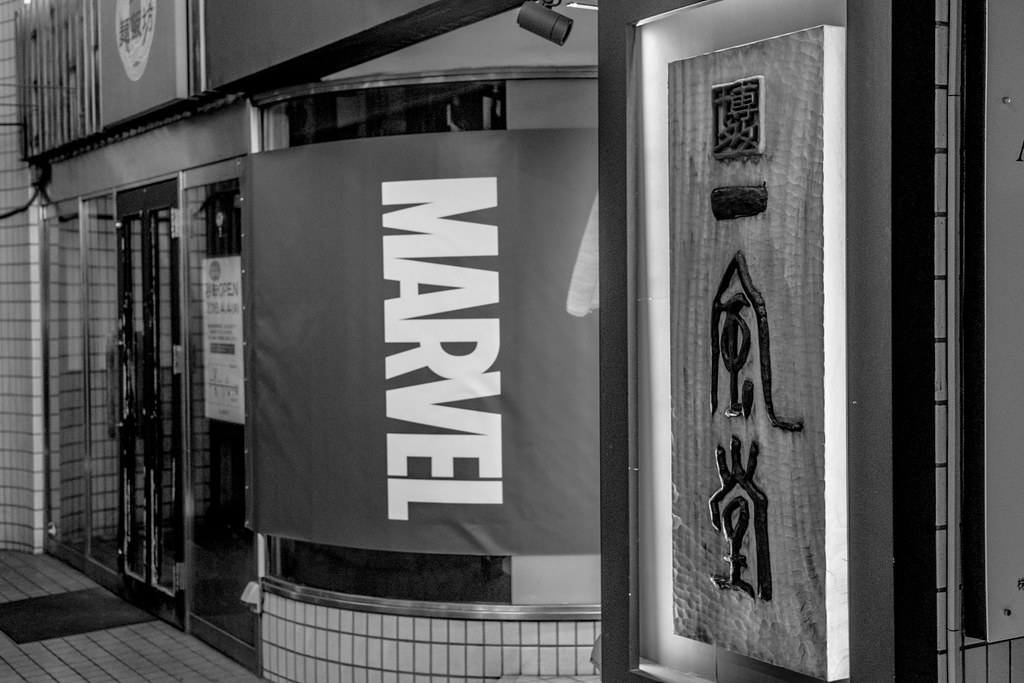 蔦 と 鳴龍 Congratulations to the two ramen shops that received Michelin stars for 2017. Above is Nakiryu, which came out of…

さいたま新都心ラーメンフェスティバル As Ramen Adventures isn't about my current adventures (I post two reviews a week, and the backlog is about…