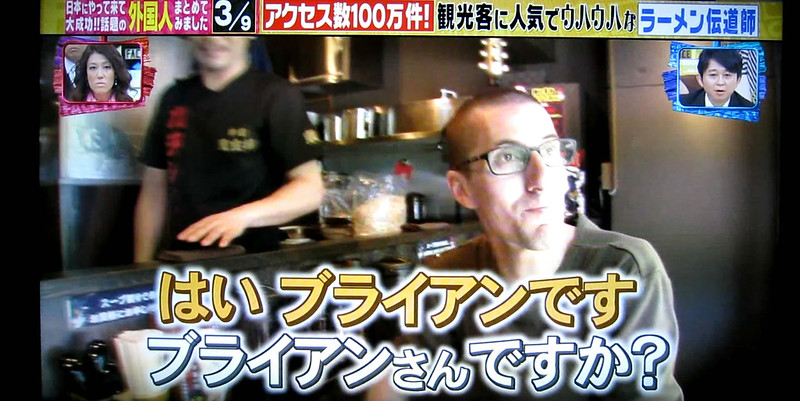 I received some requests to talk about my TV appearances in Japan. Since starting this blog I’ve done a handful of these spots. It is fun, as long as you have the time. Shooting for a five minute clip seems to take an entire day! 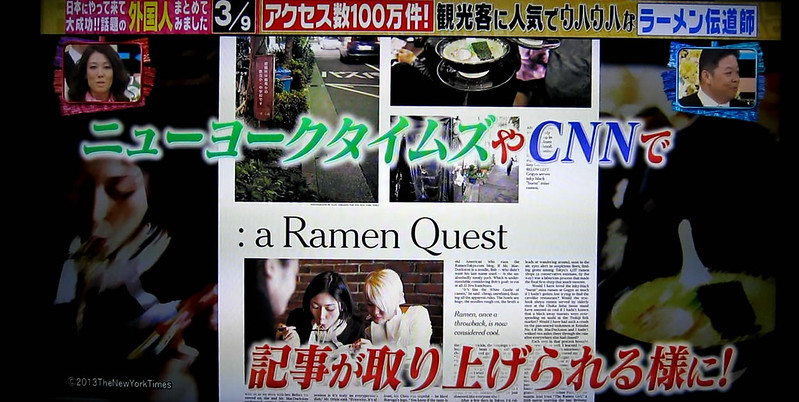 The NY Times article I helped with a few years ago got a lot of press, and the Japanese media tend to think that The NY Times is the pinnacle of publications. I think it was this bit of exposure that put me on the radar of the Japanese networks. 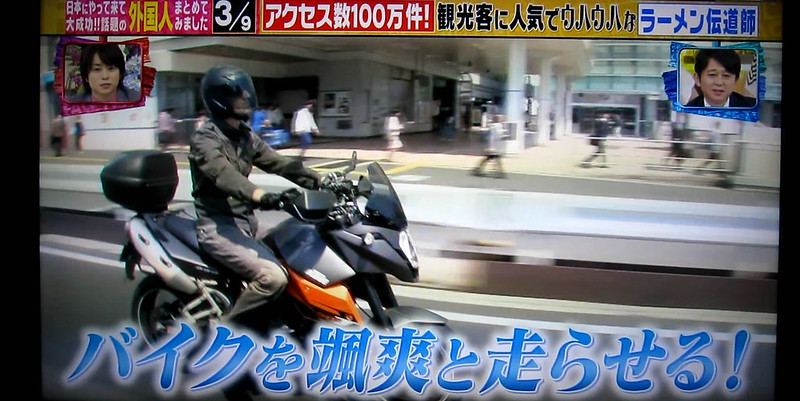 The most recent one was 今、この顔がすごい, which translates to “Right Now, This Face is Awesome!” This show features a panel of famous people watching videos about people who are doing something interesting.

The idea for my segment is the same as always; they follow me around and I show them some ramen shops. 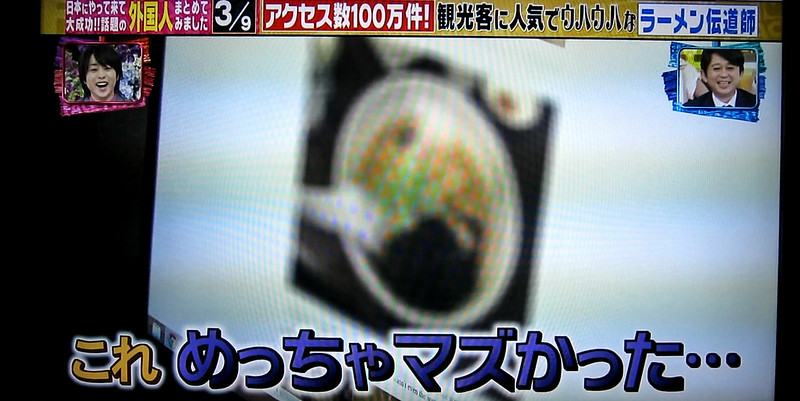 They were fascinated that I will write about bad ramen. The above picture says, “This was unbelievably horrible!”

As a rule, TV in Japan never trashes bad food, unless it is something that is off-the-wall strange. Something like spicy curry ice cream might get a negative reaction, though this is all as a gag. They are almost never serious about negative reviews.

For this show, the producers were obsessed with a rumor that they had heard. A rumor that in America, no ramen is normal. I guess someone made a ramen with fresh cream in it in New York, and now they think that all ramen in America is like this.

A lot of Japanese people still think that in America the only sushi you can get is the infamous California Roll. 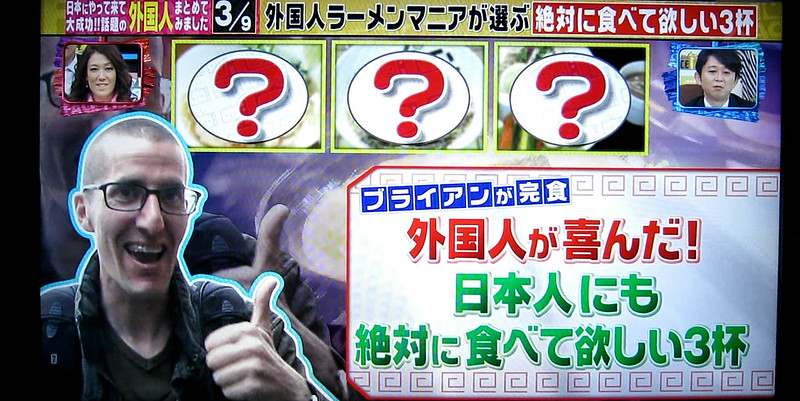 So they wanted me to introduce my top three crazy bowls from Tokyo. Bowls that are far from ordinary, but still tasty. I came up with:

By the way, these are all good spots that I recommend you try. 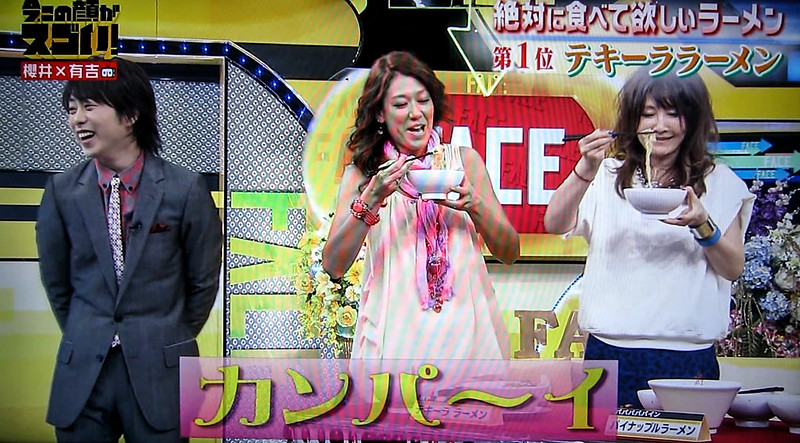 In the studio, the panel of famous people tried these three bowls. On the right is one of my favorite actors, You-san. Making the supporting actress of Dare mo Shiranai smile made my day!

高山市 Up in the far reaches of Gifu prefecture, nestled in the Northern Alps, is Hida-Takayama, more commonly just called…

バサノバ Big news from Keizo and the Basanova crew. They are coming to New York! I will post the details…