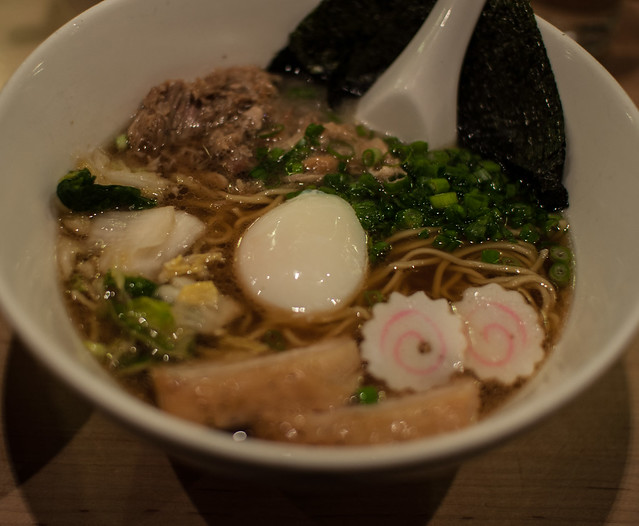 It’s not often I venture back stateside. There are so many new and interesting things to see in Japan, and other Asian destinations are only a few hours away. But three years is a long time. Three years since I set foot anywhere near my hometown of San Francisco, California.

Spring break is long enough to make a bit of a voyage. Time for more than just family and friends. Time for ramen. 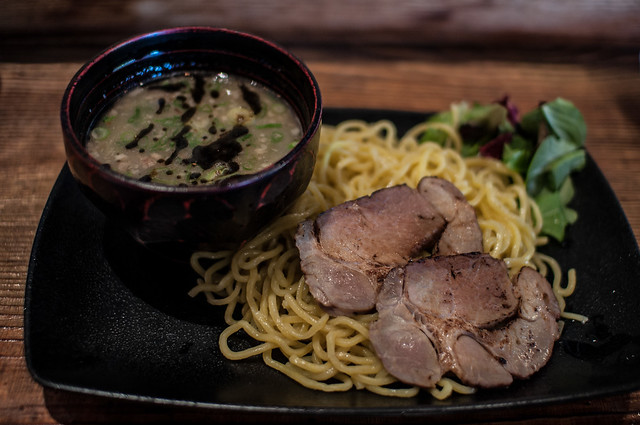 So what about the state of ramen in America? I’ve heard about the so-called American ramen boom for the last few years, ever since Ippudo opened in New York. But the demand for good ramen hasn’t necessarily led to a supply of good ramen. Sure, new spots are constantly in the works, but the fact that the worst possible ramen in Japan would still garner a line out the door in America means that things are going to progress, well . . . unexpectedly. 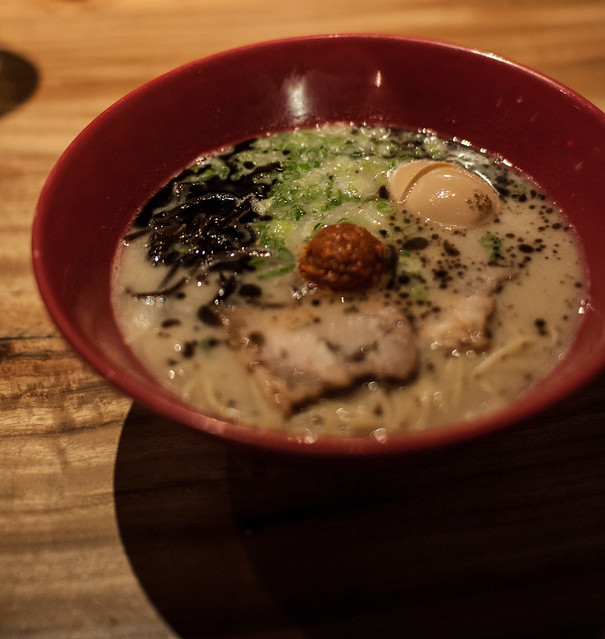 Don’t forget that America is big. And just as noodle eating culture varies greatly over a distance of a few hundred kilometers here in nihon, every city in the States brings their own eating style to the plate. Having been to four spots this time around, I can safely say that the ramen-views reflect the general food-views area by area. At least in Hawaii, Los Angeles, San Francisco, and New York. 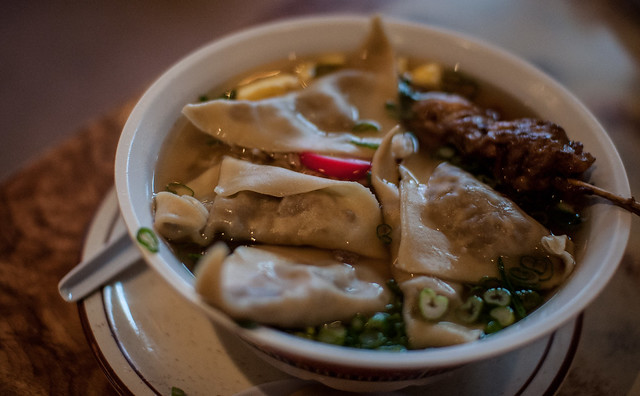 Hawaiian ramen, better known as saimin, is reminiscent of the loco-mocos and plate lunches the locals eat. Strong flavors influenced by a mix of Asian, Polynesian, and American tastes. It’s a bit random, available at McDonalds, and might not even really be ramen. 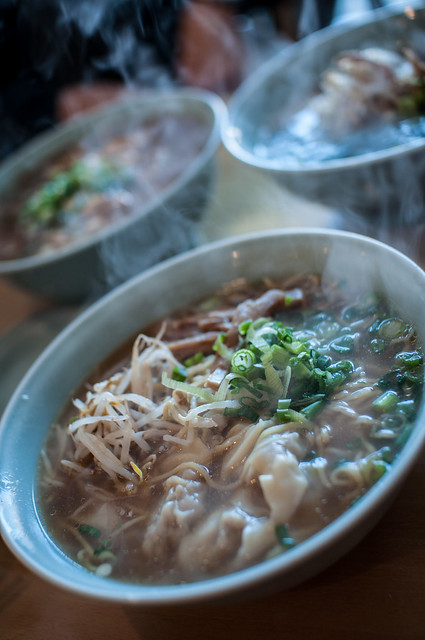 Just as Los Angeles boasts the most O.G. hip hop in America, the Southern California city also boasts the most O.R. shops. Original Ramen LA could fill a blog of it’s own, so what’s new? Don’t ask me, I only went to two shops. But the noodle scene in LA, maybe even the food scene in general, is a mess. That’s LA for you. Perhaps some little shop from inaka comes in, thinking she’s hot stuff, the new big thing, going straight to the top. Next thing you know, she’s ladling tepid bowls of soup over mass-produced noodles in a Hollywood back-alley. Let’s just say I had some bad ramen. Weather was nice though. 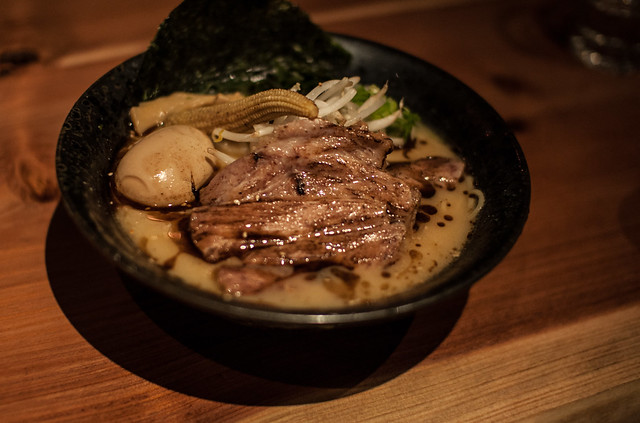 San Francisco is a foodie’s dreamland. California cuisine is the name of the game, and chefs are constantly trying to figure out how to fuse traditional Japanese with local ingredients and style. It’s youthful and lighthearted here. Maybe I’m being biased towards my birthplace, but eating in San Francisco is fun. 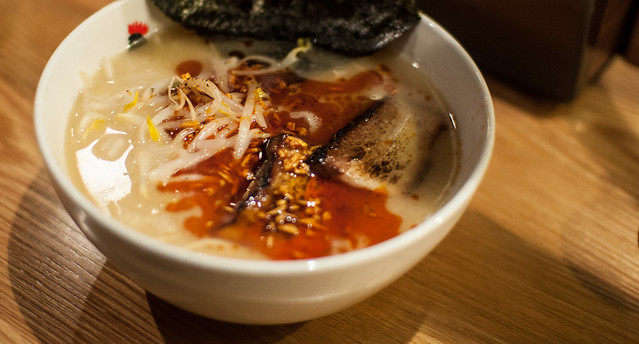 New York is where everyone in Japan dreams of making ramen. I don’t know if this is because of the huge success of Ippudo, or just the parallels of Tokyo life with life in The Big Apple, but this is the proving ground. Get in line, because the best shops are packed with slow-slurping locals and authentic (authentic-ish) Japanese food. 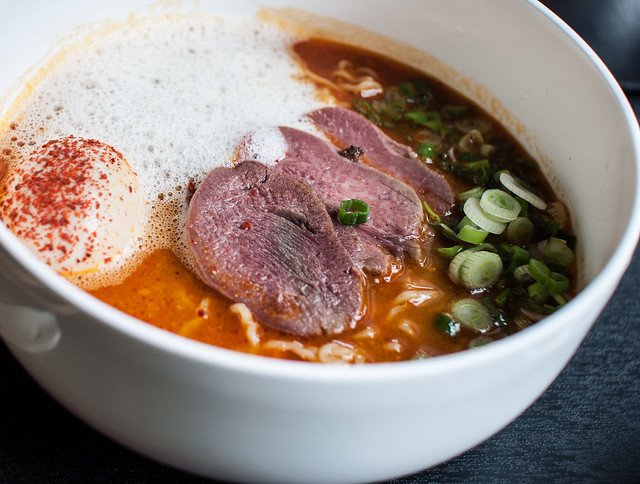 These shops all deserve pages of their own, which are forthcoming. But my views about ramen in Japan and ramen in America are very different. With thousands of shops in Tokyo alone, one needs guidance. You could never say, “Just try em all!” Not so in your American city. You could casually go to a shop a week and be done with your big city in no time. 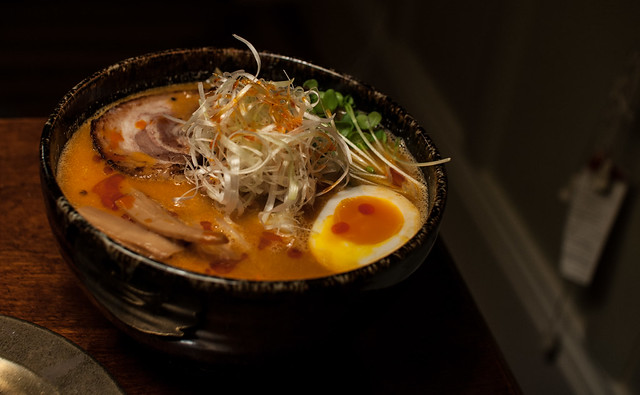 And if you are an avid reader of Ramen Adventures, you most likely have.
Our first stop . . . Hawaii!
Post Views: 345

大つけ麺博 It's time again for the annual Tsukemen Festival! Every year, famous shops from around the greater Tokyo area get…

In the beginning of February, my student / doctor took my blood pressure. 130/76. Not terribly high, but defined as…