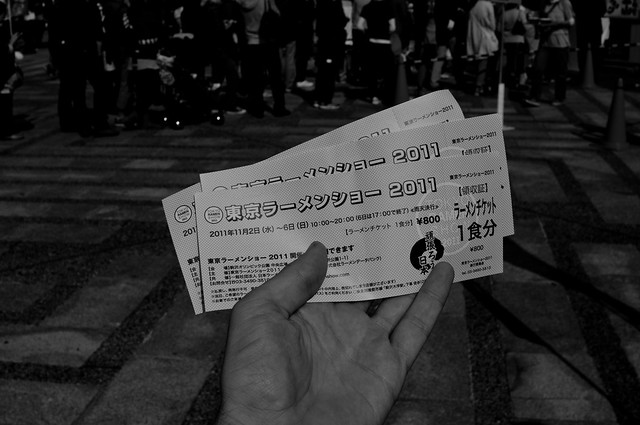 Welcome back! I woke up a bit late, and then took the wrong train, so I missed the 10am opening of the 2011 Tokyo Ramen Show. But it didn’t matter, Keizo was late too. But not later than me, and he had just picked up the first bowl of the day. 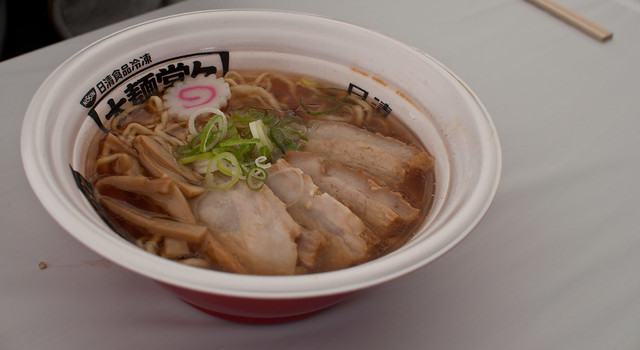 I think this one was from Saikoro, but now that I search my memory, I can’t be sure. The amount of chicken oil was very strong. That’s all I remember.
I, and many other ramen nuts I would bet, treat this sort of event a little differently than a usual excursion to a ramen shop. We tend to get a Pokemon attitude towards the adventure. Gotta catch em all. With 28 booths present, a group of 4 or 5 people can taste a lot of noodles. I resolved not to stuff myself to the point of discomfort. 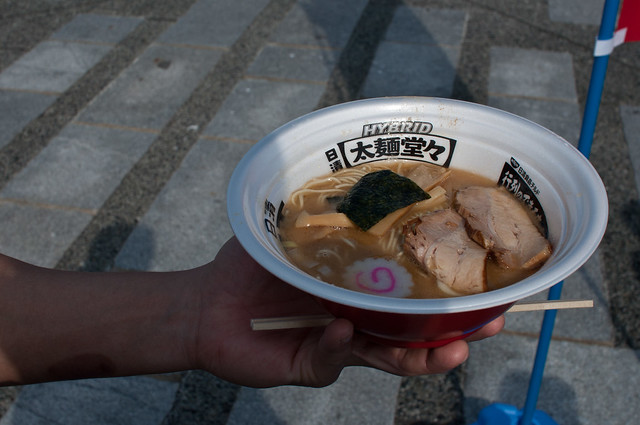 Jumped into one of the longest lines, as more of the crew from Bassanova began to arrive. Divide and conquer. I was soon joined by a bowl of TETSU / Ganja / Rokurinsha. These are 3 shops that could easily fill a podium at a tsukemen festival. When they get together to make a bowl of ramen, things are a bit different. Heavy as all hell, but that is to be expected from the tsukemen “ドリーメコラボ”. 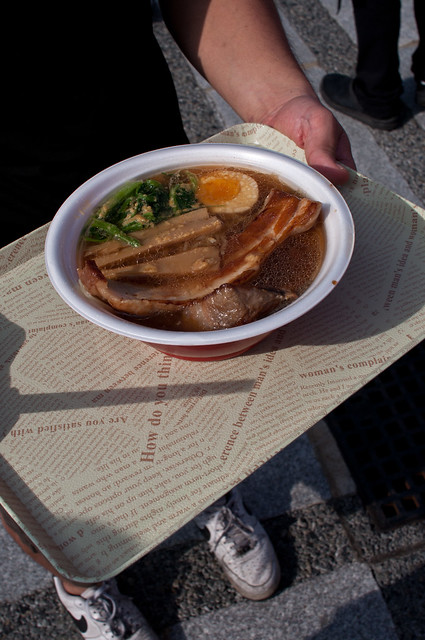 Niigata’s hottest shops came together for a deep shoyu. Communication between the 3 shops (Jun, Higashiyoko, Naoji) might have left out who was bringing the ginger, as every aspect was soaked in the stuff.
Not a complaint though! When eating bowl after bowl, exciting flavors are welcome, and this bowl was one of the best of the day. 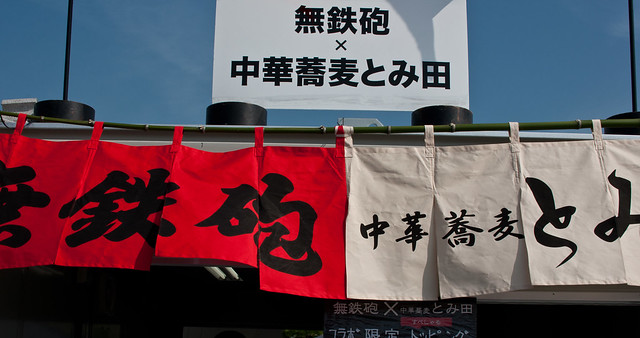 The previous 2 were sampled while I waited. A good 30 minutes later, and I was at the front. 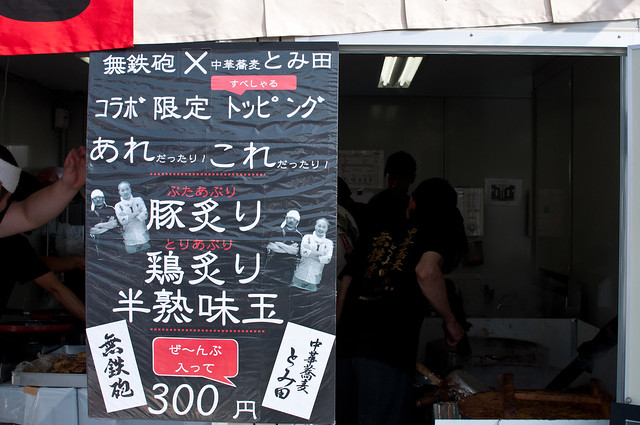 Muteppo and Tomita. Anticipation was very high. Both of these shops are on my list of must-eats in the Tokyo area. Both are totally different. 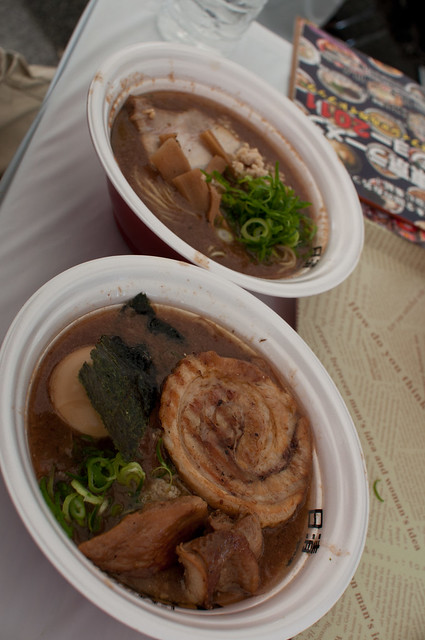 I’d say this was 95% Muteppo, 5% Tomita. Perhaps a few sardines were thrown in by the later. 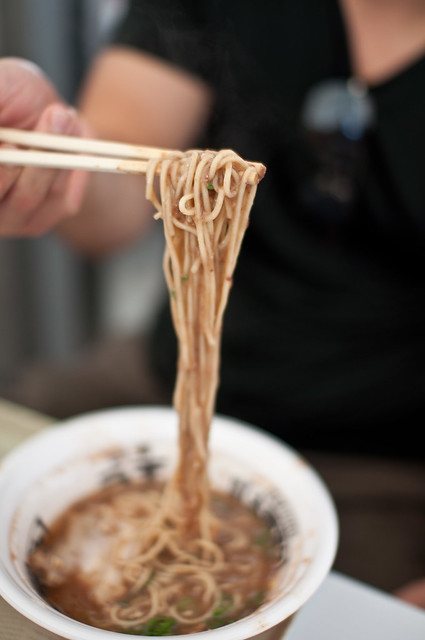 Tokyo Ramen Show is a misnomer. Tokyo super-thick-kotteri Ramen Show would have been better. Honestly, it seems like everyone was doing a Hakata colaboration. After a couple dozen sips of creamy pork soup, a nice shio would have been welcome. Agreement on this point was universal, and we wandered around looking for something assari. 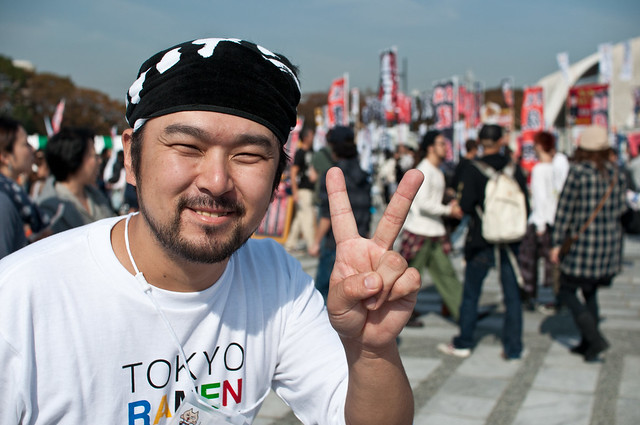 Randomly ran into Mr. Ikota from Nagi. Very cool guy, and his recent success in Hong Kong is leading to another shop opening in the Fragrant Harbor. Turns out he helped with the Tama Group’s ramen this time around, a beef based soup. Great, let me just… 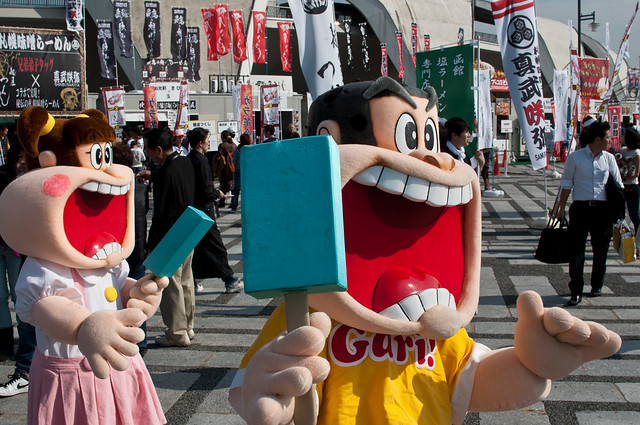 … get distracted. Garigari-kun is kind of terrifying if you really get up close. 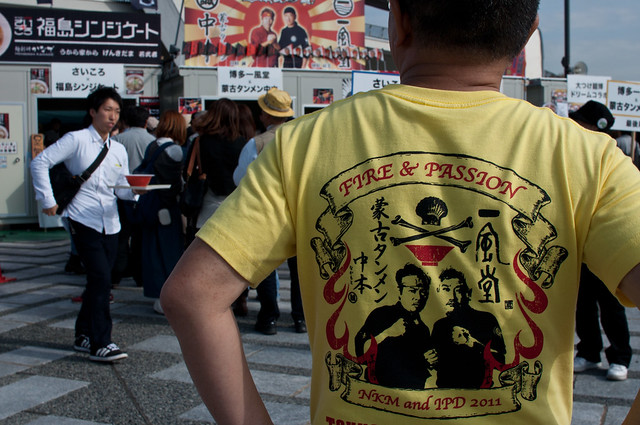 One of the longest lines was the Nakamoto and Ippudo collab. Both of these shops run very high on the hype meter. Hype based on past success, but hype none-the-less. I gave it a pass. Cool shirt though. 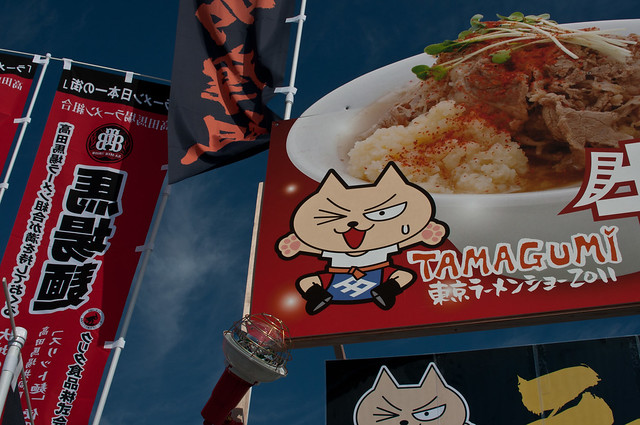 I was a little worried about this one, since I had already consumed more than my fair share of fat by this point. But who can say no to their cute cat mascot. 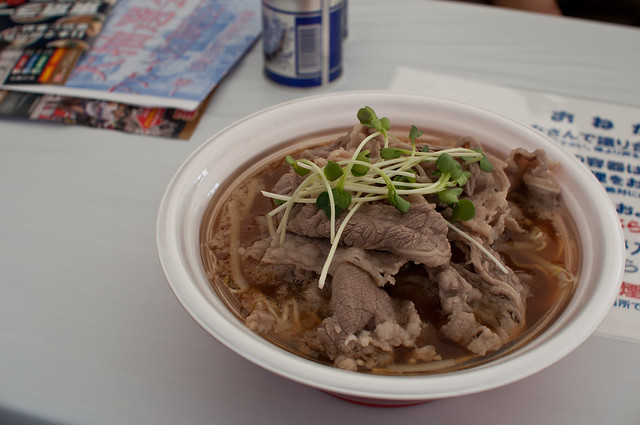 Everyone agreed, a big surprise. Someone said it was like drinking nikuman juice. The best part of nikuman! Super beefy, and totally simple. Despite the look, this bowl was the best palate cleanser we could have ordered. 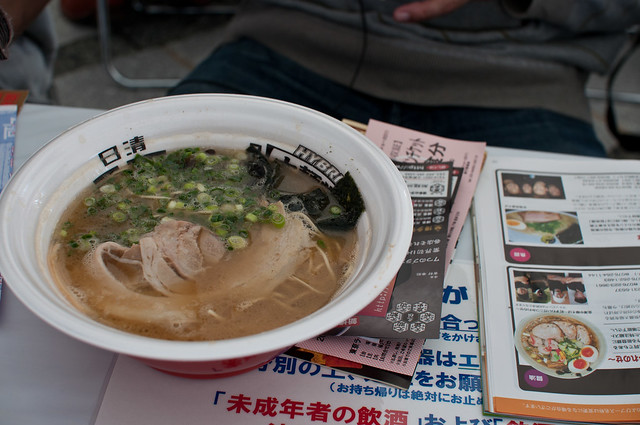 KING KONG collaborated with a Kyushu noodle maker for this highly anticipated bowl. Honestly, I was hoping he would go crazy. This is the guy, after all, who uses blueberries in his soup. But it seemed like he tried to create a Kyushu noodle-friendly Kyushu-style soup. Very plain in the sea of Hakata blends this year. 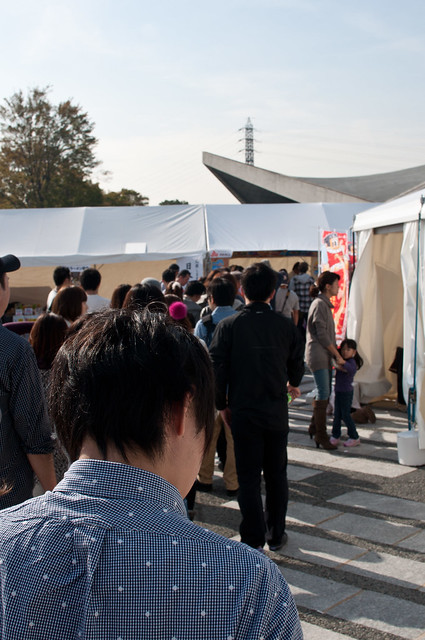 What’s this line for? Let’s wait! 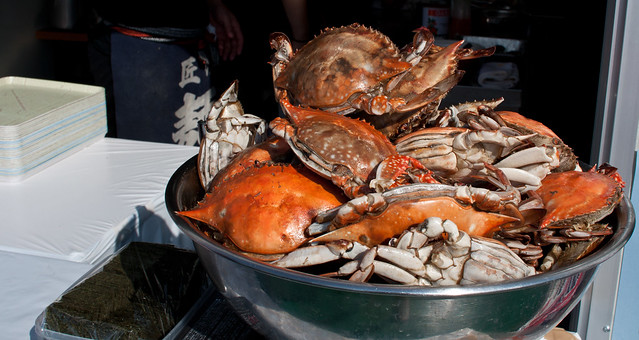 A pile of shellfish can only mean Keisuke. 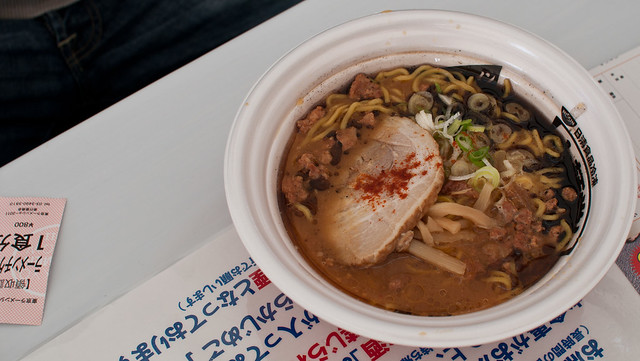 This time he teamed up with Hakata-based Shinpu. Interesting, though if you ate at the Tokyo Ramen Street Keisuke shop, you’ve tried this bowl. The crab taste is strong. The line was short.

The last bowl of the day was another group production, this time from the Koji Group. I think this is the group responsible for a Taishoken on every block. Turned out to be great, with the orange and white wontons adding a little flair. I tasted mikan when I bit into the mikan-colored treat, and at that point, realized it was time to leave. When you start tasting color-based ingredients that were never there in the first place, it is time to take a nap.
See you next year (or maybe later this week, the show lasts until Sunday the 6th of November)
Post Views: 368

Sorry for the completely un-ramen related post. That's me in the Santa suit, my motorcycle covered with toys. Every year,…

Daniel, author of How to Japonese, was back in Japan for the summer. Just in time for the recent opening…