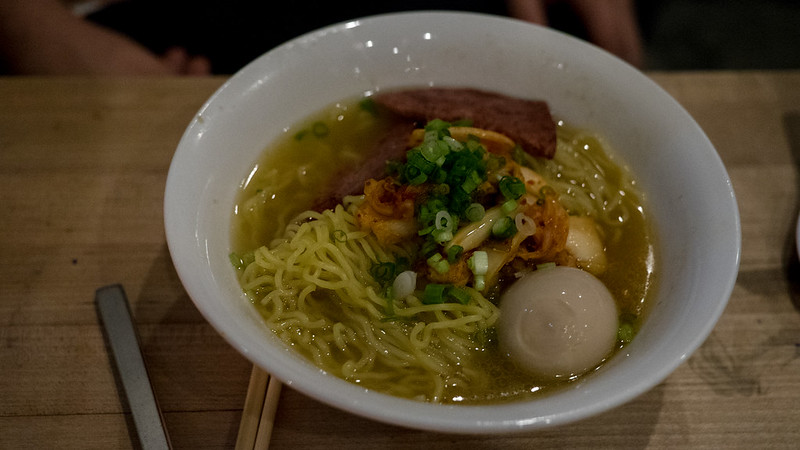 One cool thing about travel by air is that you can often stop off a few times along your route, see a new place, and continue on for the same price as a single destination ticket. So instead of just Tokyo to New York and back, I did New York, Atlanta, Arizona, and Los Angeles.

Why Atlanta? Well, I have a foodie friend living there who wanted to show me around town. Southern barbecue, a Braves game, the MLK memorial, and the world’s biggest aquarium.

Did I mention the world’s biggest aquarium? 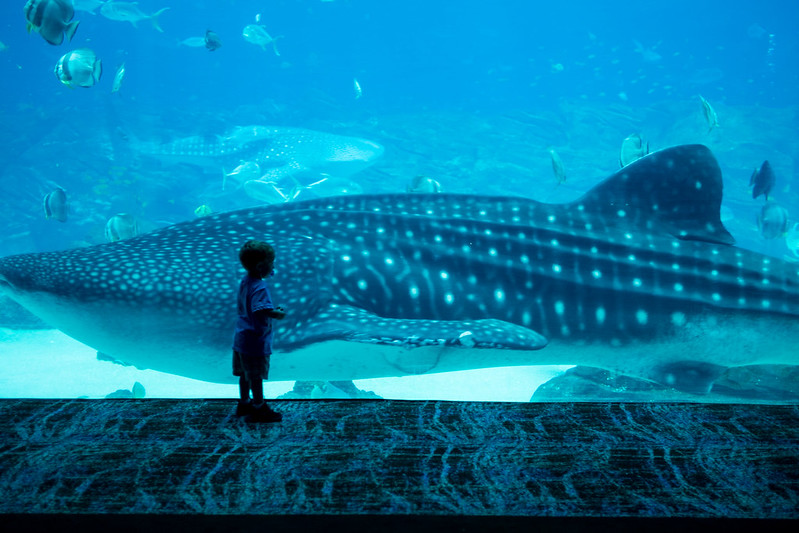 But this is Ramen Adventures, so I’d better talk about the noodles.

I’m intrigued by the concept of pop-up ramen shops. They don’t really exist on the same level in Japan in the way they do in America. The hype around pop-ups is staggering. Huge lines, lottery systems, and upscale venues with craft cocktails seem to be the norm. So when I read that Atlanta had a bit of a ramen pop-up scene (well, two competing shops on Thursday nights), I decided to check it out. 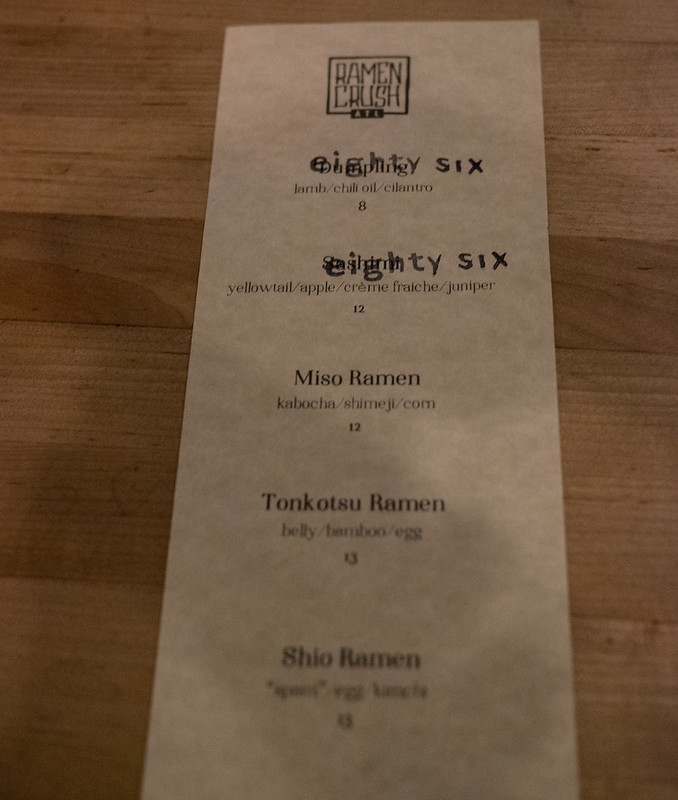 Ramen Crush is held at Ration & Dram, a craft cocktail bar built inside an old industrial warehouse. The place normally serves up fancy bar bites and flights of local beers. 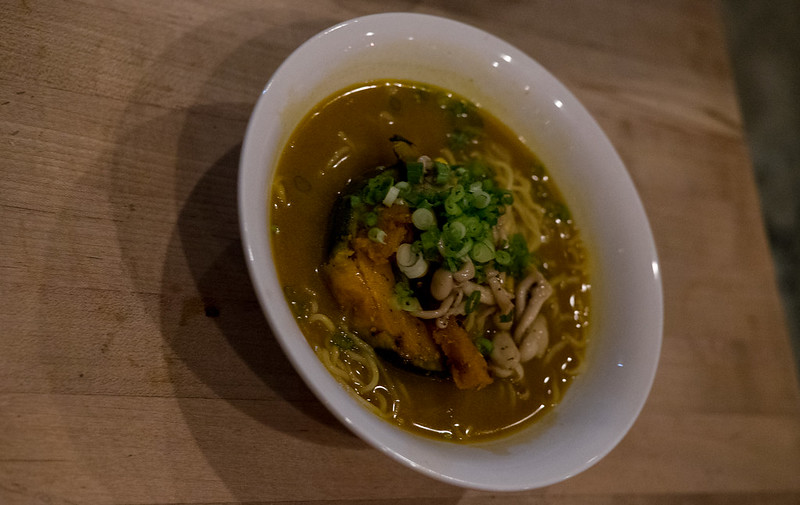 There were three of us, so we tried one of each bowl. I feel sorry for the guy who got the vegetarian miso. It was a huge mess. Pumpkin and corn. 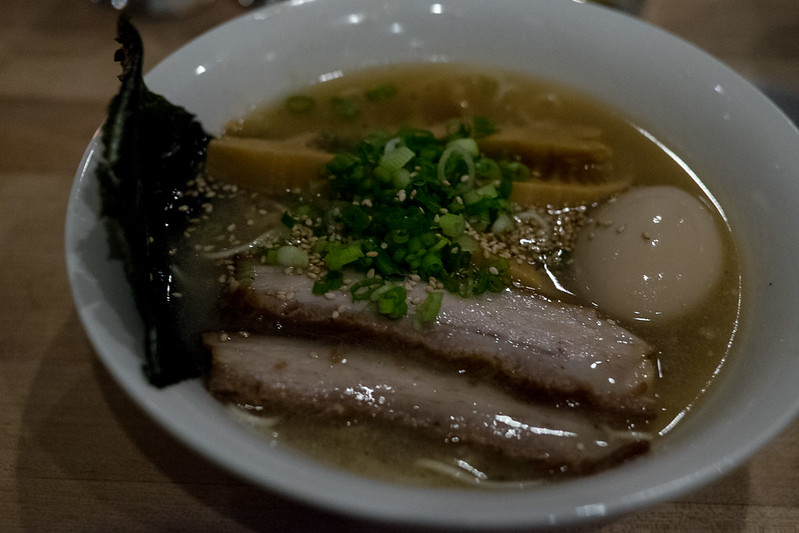 The tonkotsu was a bit weak, though the toppings were good. I’d like some of that roast pork and menma as a side dish, matched with some good sake.

For what it’s worth, I think I liked the shio the best. There were some noticeable umami flavors coming through, enhanced even more by the kimchi and roasted spam. I know it doesn’t sound great on paper, but it worked . . . sort of. 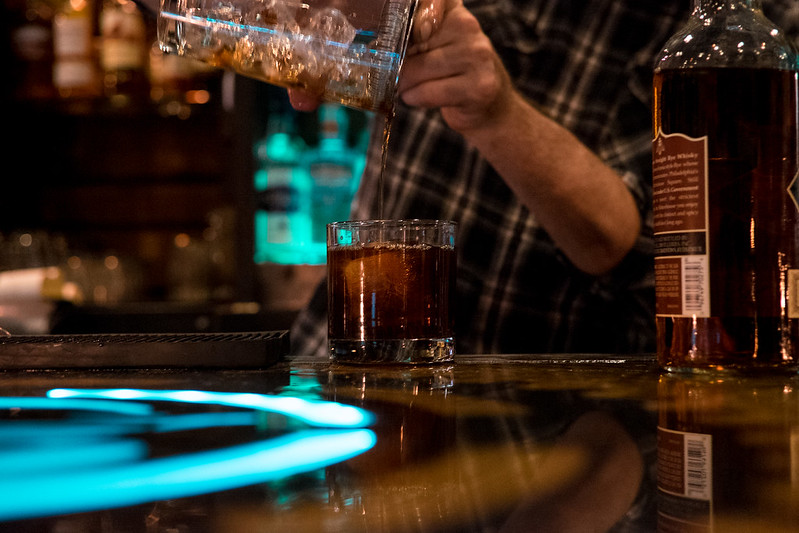 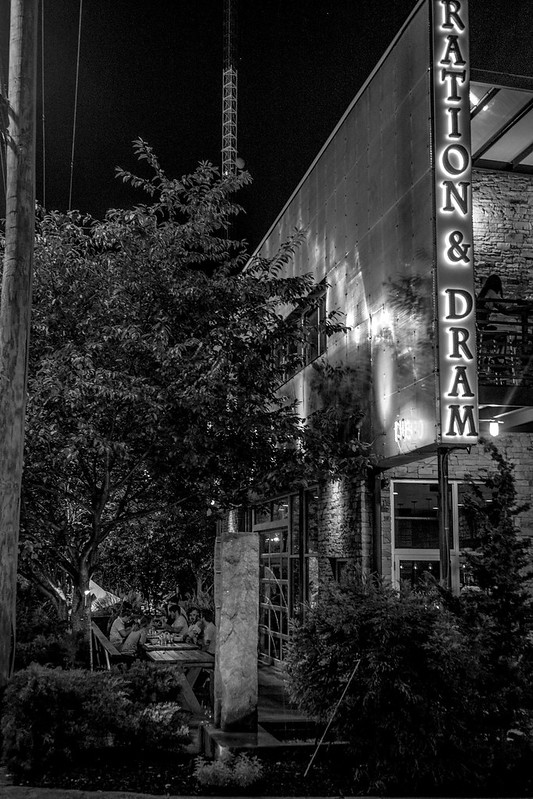 Umami Ramen in Phoenix, Arizona? What's that all about? Why eat ramen, when you can be eating some nouveax tacos…

IVAN Ramen Before I dish out my praises for Ivan Ramen in New York, a little criticism. The lighting in…