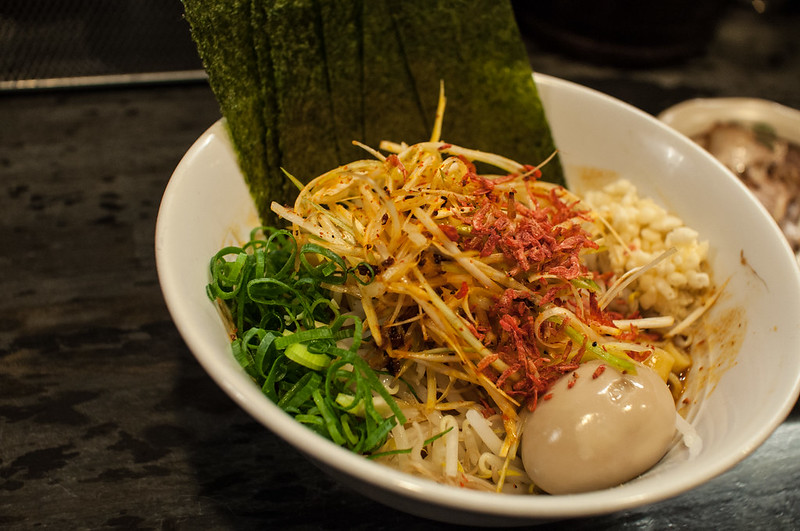 Harasho’s aburasoba, soup-less ramen, has a bit of a following in this suburb of Tokyo. And like most aburasoba places, a handy guide explains exactly how to enjoy. 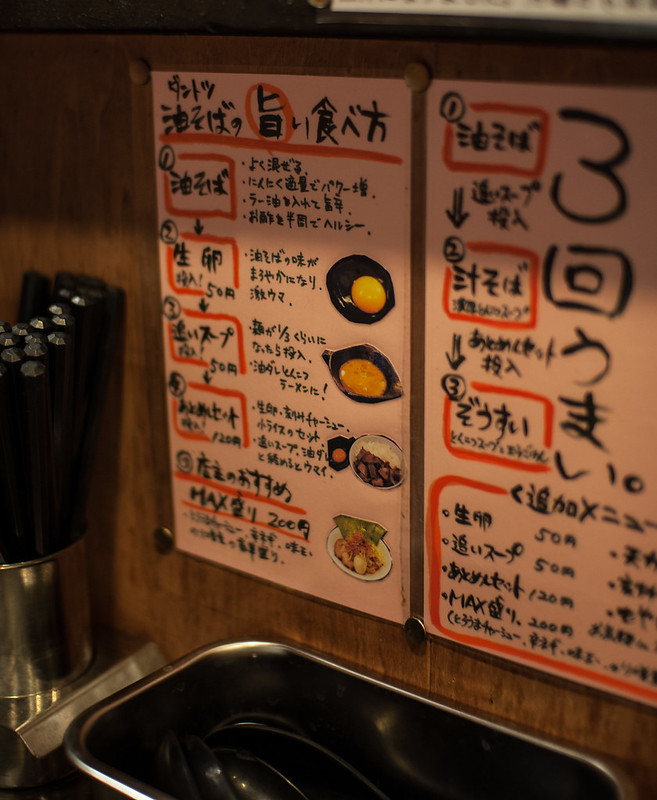 Inspired steps to deliciousness or a trick to get you to part with another 420 yen after you already bought your bowl? 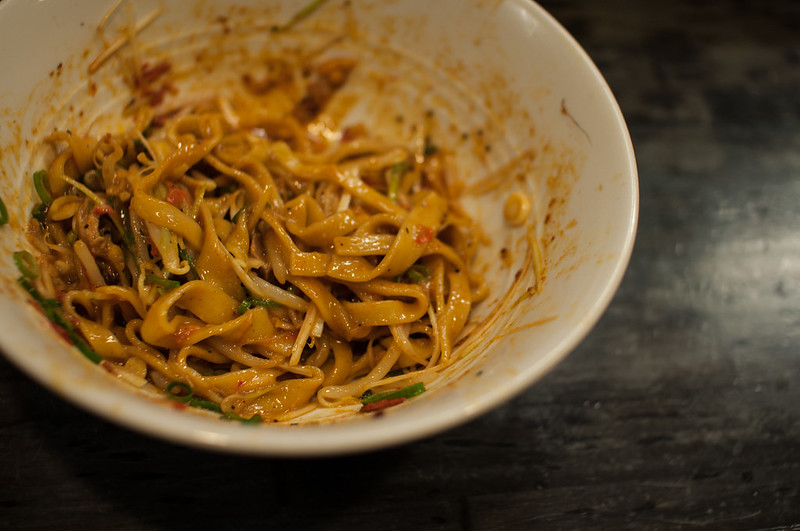 Regardless of your last minute impulse choices, this bowl was sloppy and good. The defining point here is the mound of spicy raw onion that gets mixed in. 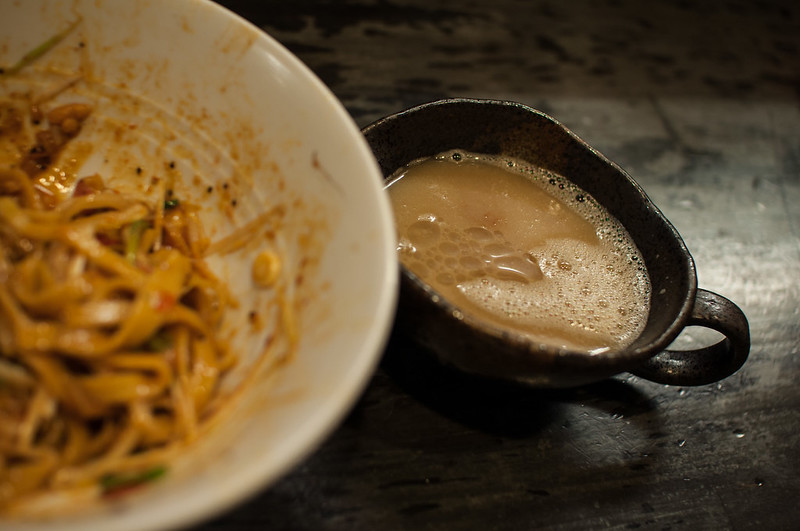 I have to say that the addition of some of the shop’s soup wasn’t good at all. Too oily and greasy, in a bowl that was already teetering on the edge of too oily and greasy. I felt great up until this point, a bit in need of some carbonated soda after. Beer would have worked, but Japan has a strict no tolerance for drinking-and-driving law.

I wouldn’t want to go to jail because of some greasy soup! 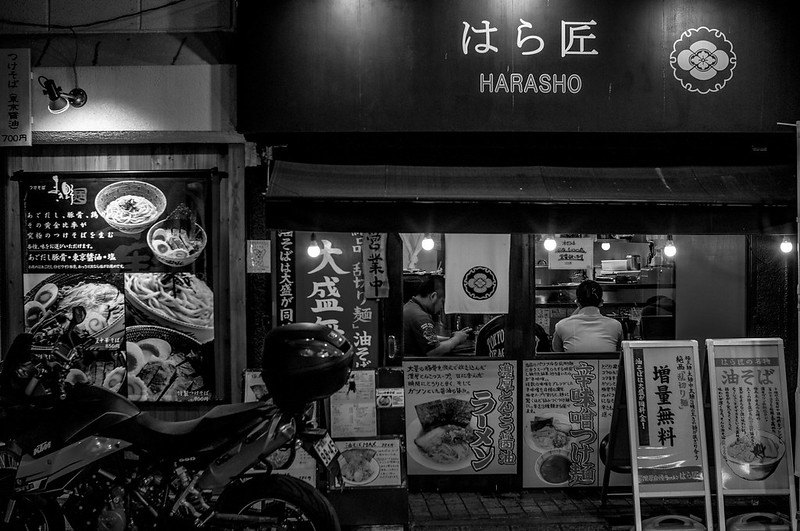 らーめん房 やぶれかぶれ Very far from central Tokyo, the location of Yaburekabure is a big strike against it. But strike one…

鼎泰豐 Din Tai Fung could possibly be the most famous xiao long bao, soup dumplings, in the world. People swear…