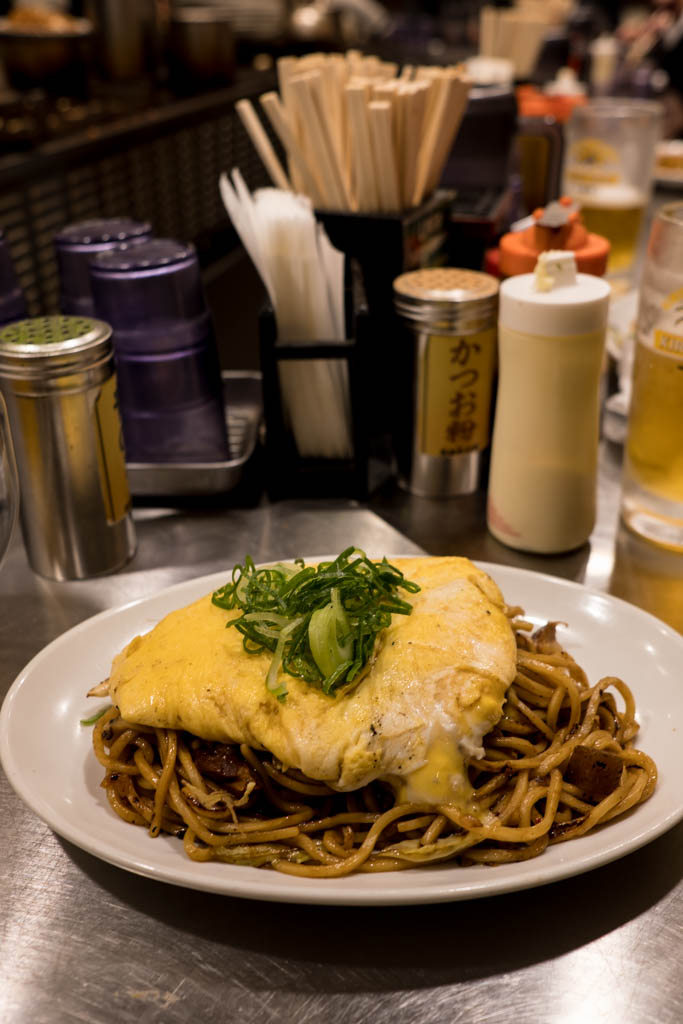 Is yakisoba ramen? Definitely not, though they both use the same kind of noodles. To make yakisoba, cook Chinese-style ramen noodles, then cool them down and put them in the fridge for later. When you are ready to go, fry the noodles with yakisoba sauce. Done! 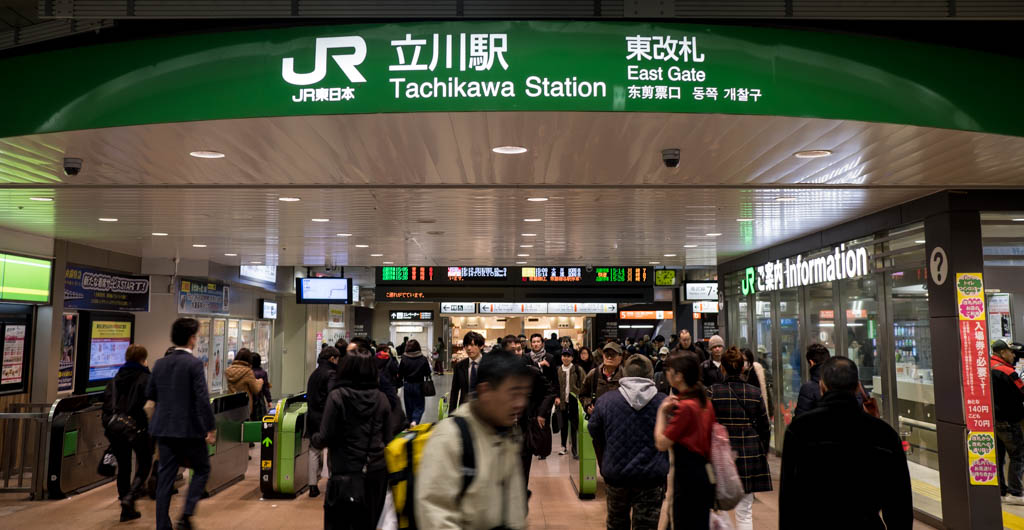 Maybe my cooking lesson isn’t so correct. Actually, people rarely make this dish at home. Yakisoba is often found at streetside yatai stalls during festivals. It helps to have a massive teppan to cook the stuff on. This kind of food is especially prevalent in the Kansai region. In this case, there is a well-known shop inside Tachikawa station. Perfect for the hungry dude on the go. 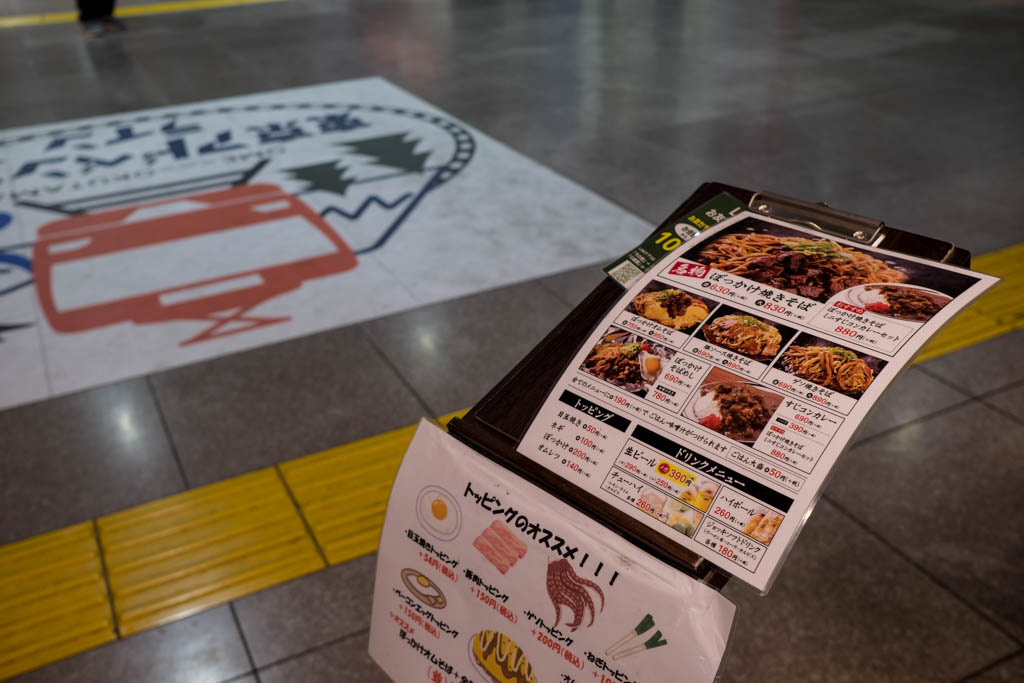 This particular shop hails from Kobe. Bokkake (ぼっかけ) is their original beef tendon stew, a perfect topping for a plate of fried noodles. This kind of cuisine is carby, fatty, and salty. 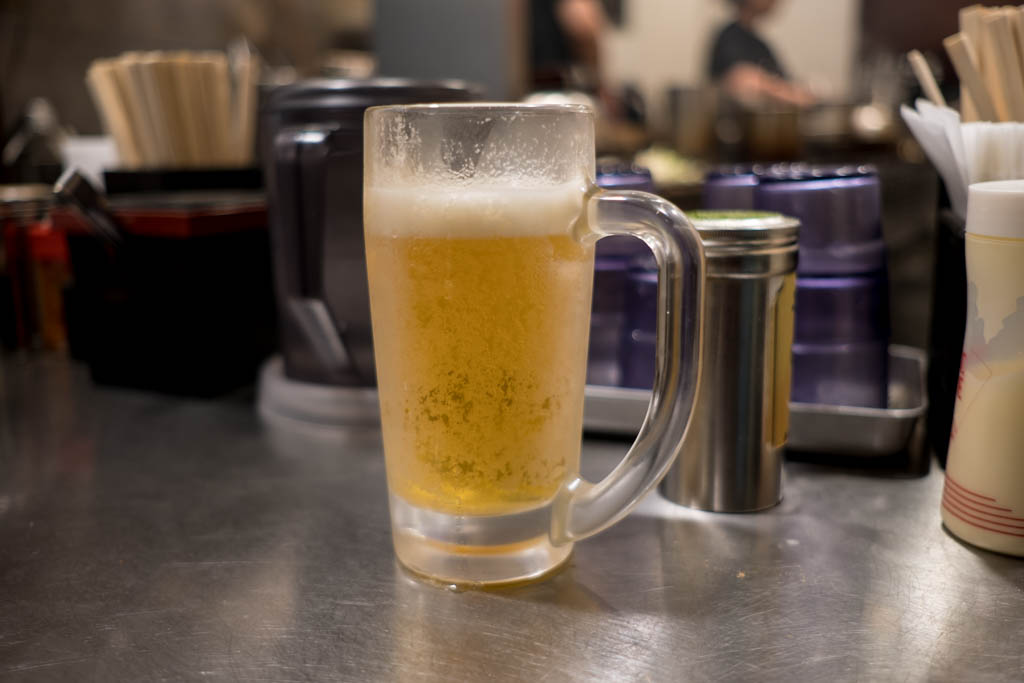 Perfect for a beer. I don’t often drink Japanese draft beer these days, but this calls for an exception.

The egg topping was key. Keep in mind that yakisoba in shops is often very voluminous. A normal serving is 200g or more. Diet be damned!

Ok, so it isn’t ramen, but this one was rad. It’s also within the station, so you could hop off your train, crush a bowl (plate), and hop back on without exiting the ticket gates. Done deal. 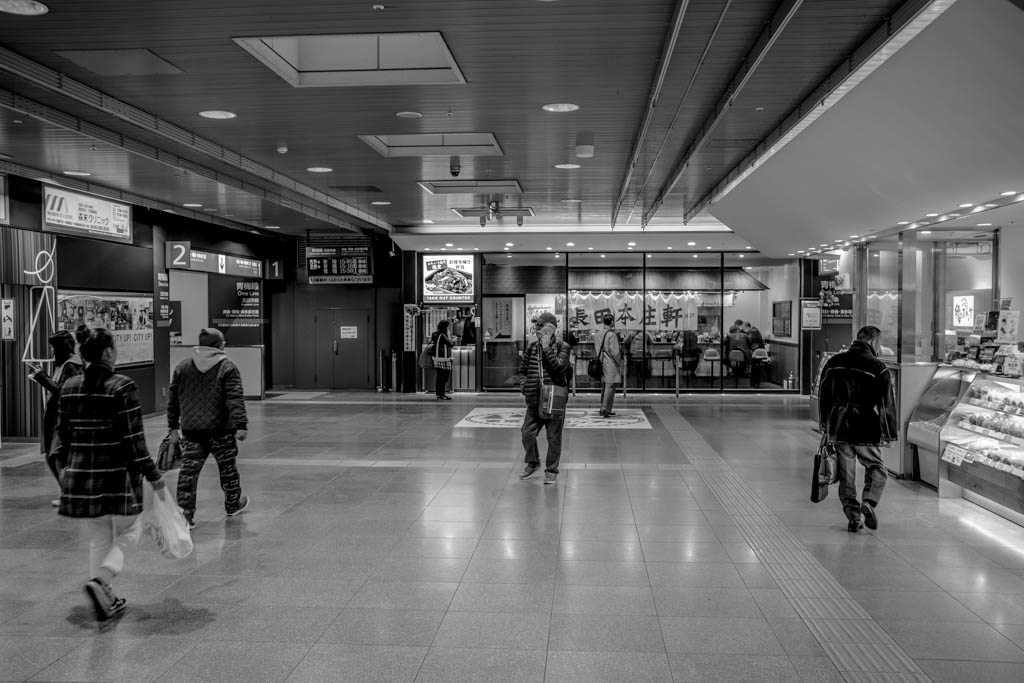 ののくら 手打式超多加水麺 Nonokura won the coveted silver rookie award in the 2019 TRY Magazine. Tokyo Ramen of the Year is…

えびそば えび助 TOKYO I had a meeting in Tachikawa. I don't often return to the major hub of West Tokyo…