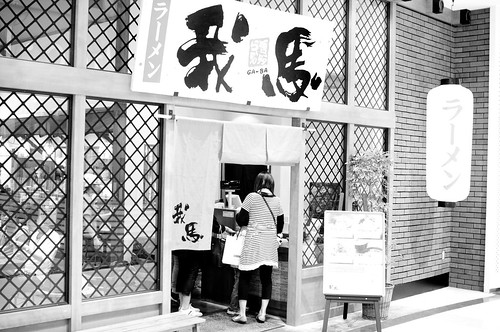 Driving from Tokyo to the south of Kyushu on a motorcycle, non-stop, was an adventure I could only do once. So on the return trip, I took it slow, and split the days with a stopover in Hiroshima. I had lived there in the past, and an old friend took me to one of her favorite shops. 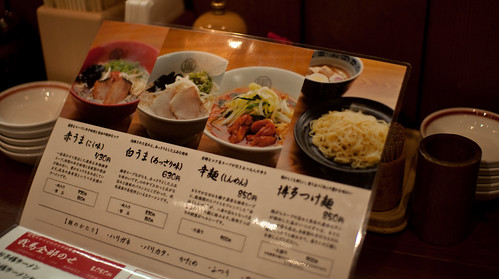 Another rich, creamy bowl of Hakata style. You think I’d be sick of this, eating it every day recently. 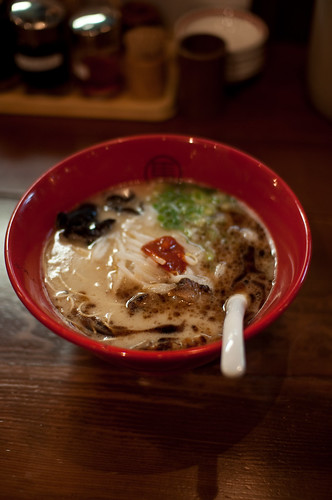 But who could be sick of this? 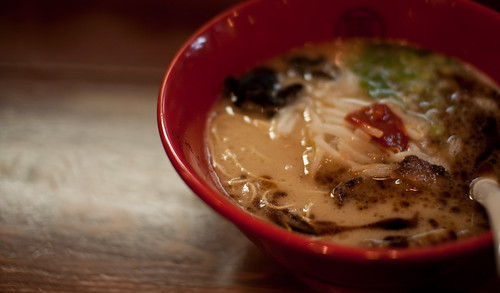 The red version has some spice and burnt garlic oil, while the white is simpler. 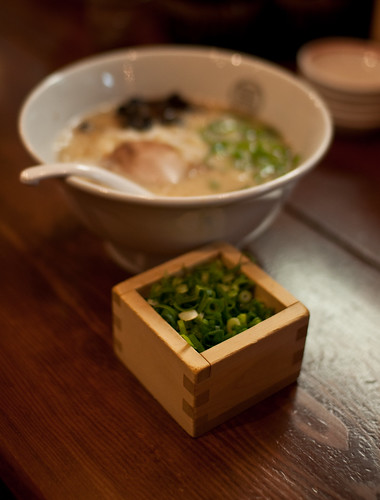 So good, this is the type of food that turns vegetarians. 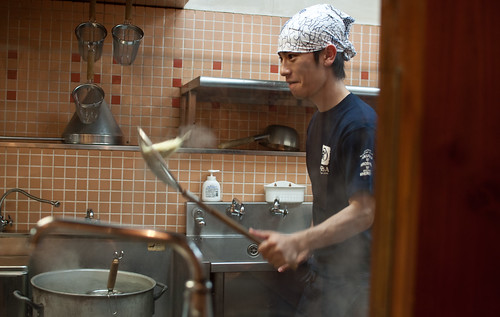 And that was the end of my trip to Kyushu. Admittedly, ramen wasn’t a number one priority for me. If that had been the case, I would have made a longer stop in Kumamoto, and Kurume wouldn’t have been skipped. Another ramen attraction I would have liked to see would be the other ramen stadiums in Fukuoka. And it would have been great to make it to Nagasaki to try the champon style noodles.

To sum up my ramen adventure in the south with one phrase would be easy. Southern hospitality. I always felt like people were in less of a hurry than in bustling Tokyo. I was randomly treated to a few bowls, and enjoyed a good share of beers with strangers.Though ramen is a fast food, served up in a few minutes, it can be as leisurely as the people eating it want it to be.

もちもちの木 I needed a shop in this specific area, or my new adventure would be explaining to my student why…

新風 Shinpu came highly recommended. I didn't do much research, other than writing down the kanji for the name, before…