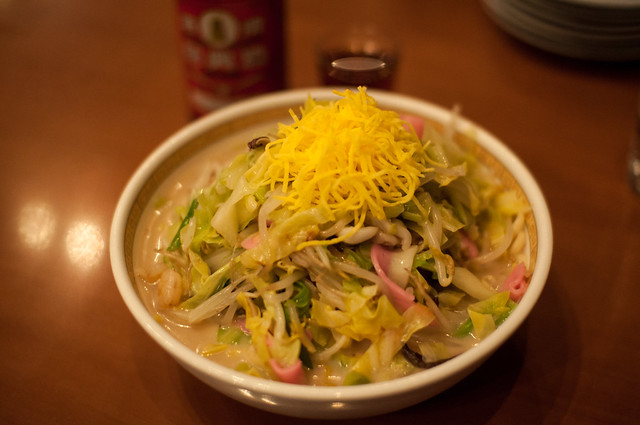 This is it. This is the birthplace of Nagasaki champon. 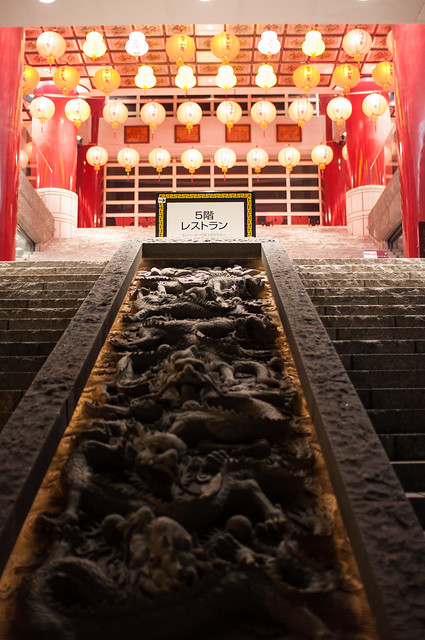 I’ll spare you the museum-level details, but around 1899, Shikairo’s chef wanted to make something that mixed Chinese and Japanese cuisine into one. Champon is made from a thick pork soup, sometimes with a lot of egg. The noodles are cooked in the soup, thickening it even more. The whole thing is topped with a stir fry of vegetables, seafood, and meat. If you’ve ever had a Chinese stir fry with seafood and veggies, then you are close to knowing the taste. 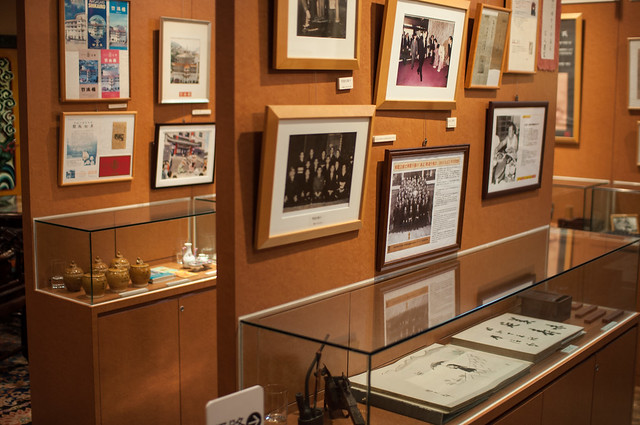 Nagaski is packed with champon shops. Most, though not all, have a dozen or so Chinese dishes on the menu. Go with a group and you can have a feast. 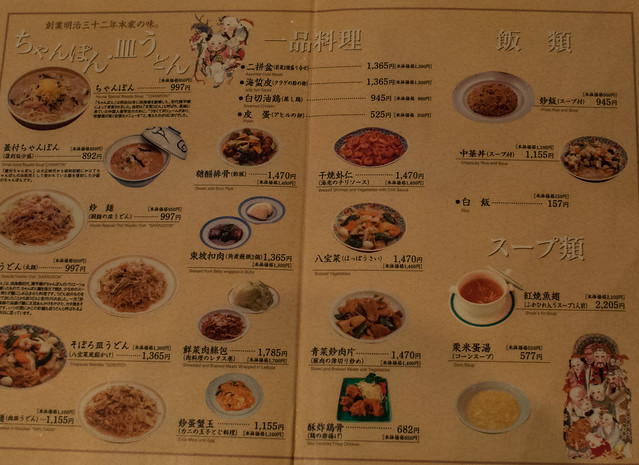 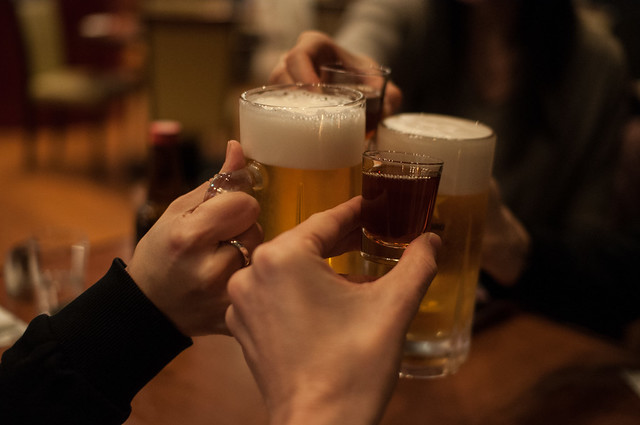 So here it is, the original champon in all its glory. 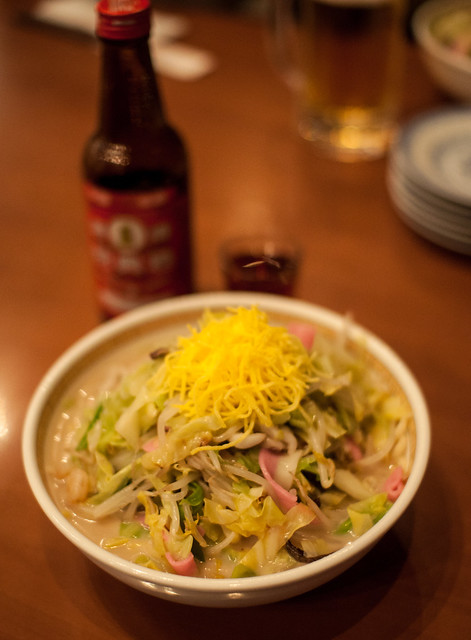 And it was a forgettable one.

The initial satisfaction was certainly there, but that was due to the nature of my empty stomach (filled only with Chinese wine). In the end, this is a bowl for tourists. The one way to make a bowl of champon shine is with the toppings. Colorful, fresh vegetables and straight-from-the-sea seafood can make a bowl fantastic.

But like I said, this was a bowl for tourists. And at 950 yen, they are making a killing. 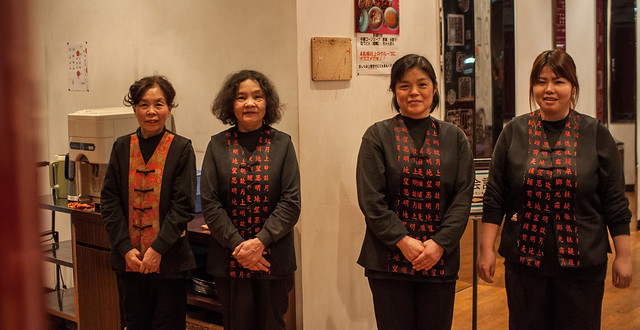 But you gotta pay homage, no? 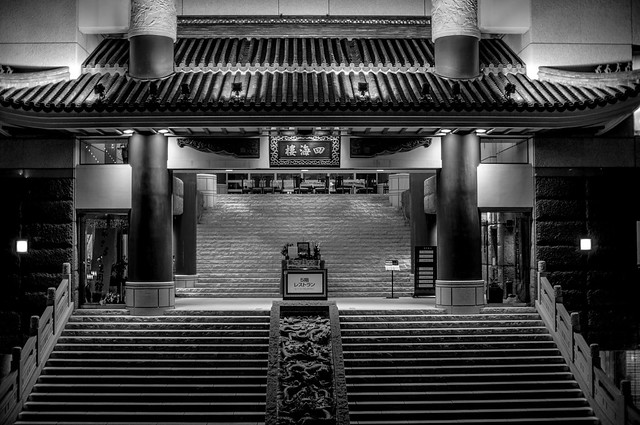 永盛楼  Beautiful. Just look at that bowl! Actually, I wanted to go to highly-rated Kanro for lunch, but it turns…

らぁ麺 やまぐち 100% chicken soup isn't too common in the ramen scene. Most shops, from the champion b-kyu gourmet winners…