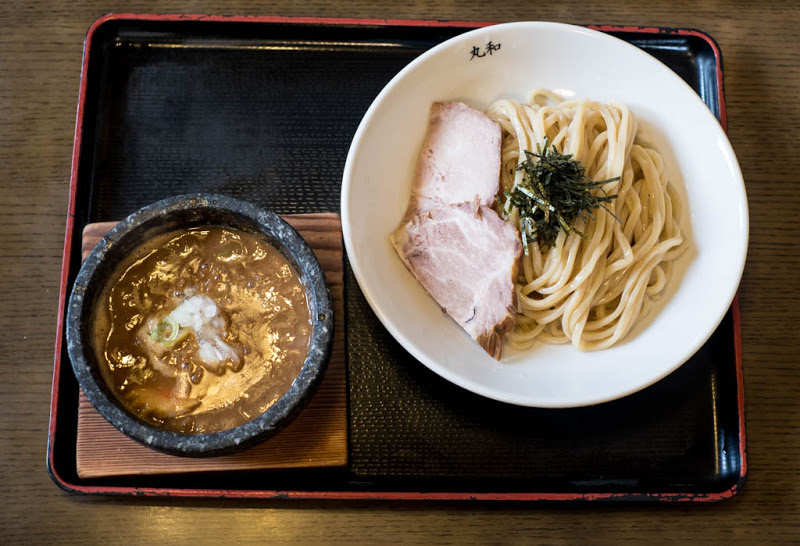 The history of tsukemen in Japan is deep. Generally, people know about Yamagishi-san and Higashi-Ikebukuro Taishoken. That shop has spawned dozens of other shops with the same name in the vicinity of Tokyo. And while the name Taishoken is a dead giveaway to a ramen shop’s lineage (except when it is a different Taishoken!) this is largely a Tokyo thing, with half a century of history. When you leave the nation’s biggest city, tsukemen is a much younger beast.
Maruwa is part of Nagoya’s tsukemen history. Until recent years, even Osaka people would have to take a train out here to have some tsukemen. Truly a legend shop. 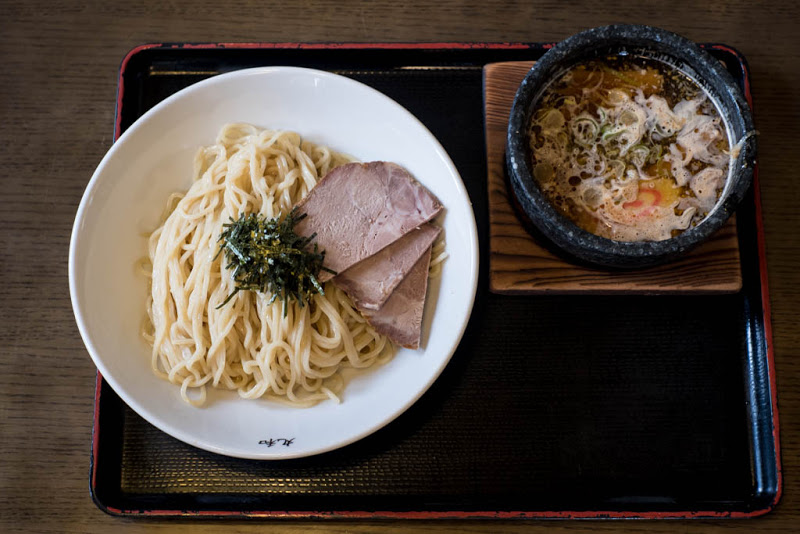 Maruwa began with Taishoken . . . kind of. Taishoken’s tsukemen was an offshoot of tsukemen eaten at Marucho (丸長), an old shop in Tokyo, as a staff meal. Apart from Yamagishi-san, Karoku-san (嘉六) was another staff there. He didn’t continue along the same path of fame, but he did open a shop in Saitama called Maruka (丸嘉) in 1969. 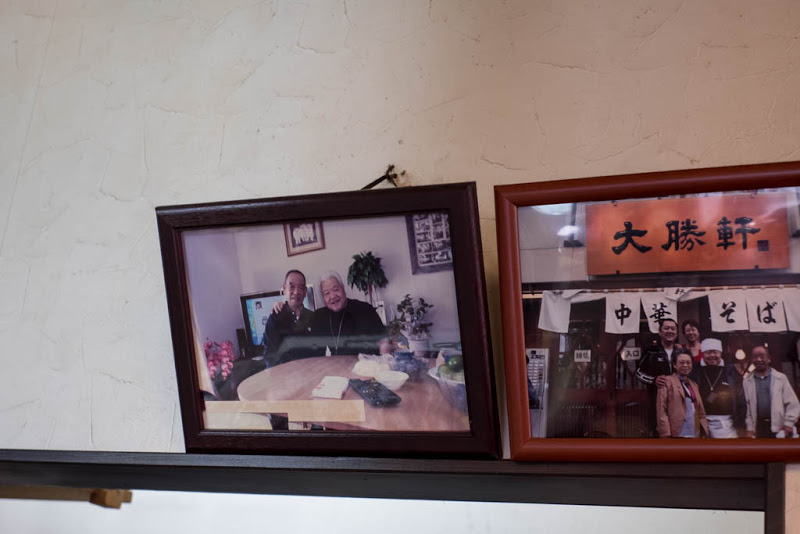 Fast forward many years. Kurumiya-san (久留宮) is living in his family home in Nagoya, above their rice shop. At some point, he has work in Saitama, meets a lady, marries, and moves in with his new inlaws. His inlaws include Karoku-san.

Fast forward a few more years to 2004. Kurumiya-san and Karoku-san are watching television and there is a special about Yamagishi-san and Taishoken. Karoku-san casually says how cool it is that Yamagishi-san has become famous. He boasted that he had actually eaten tsukemen before Yamagishi-san. This was the first time Karoku-san had heard about any of this. He wanted to make his father-in-law famous. 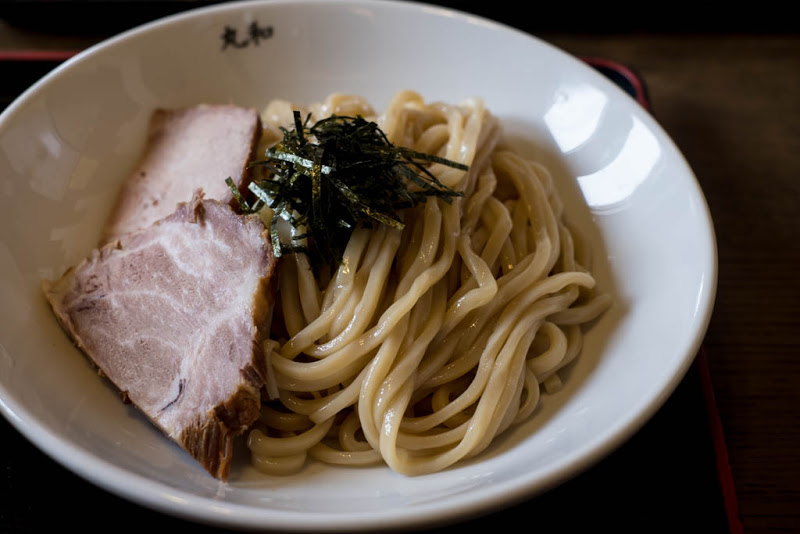 After some time, he returned to his home in Nagoya and opened Tsukemen Maruwa (つけ麺 丸和) in the same building that housed his family’s rice shop (also called Maruwa). 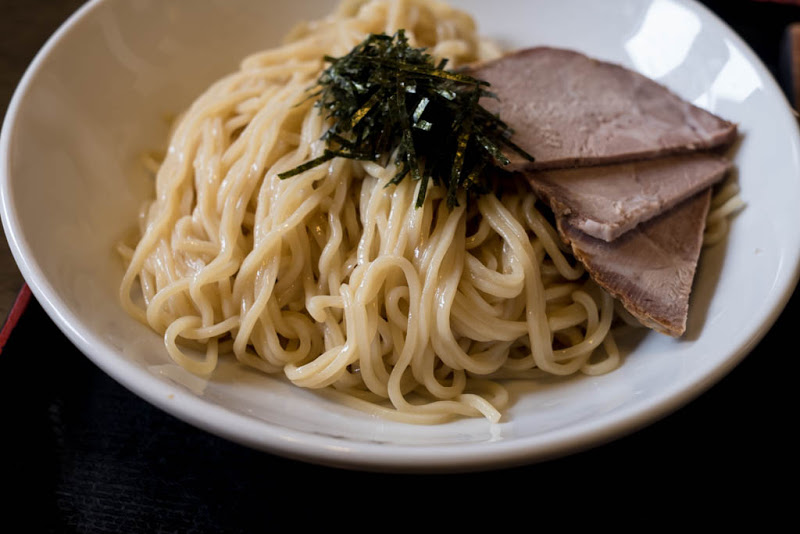 Maruwa is a descendent of the first tsukemen created in the 1950s in Tokyo.

The menu is quite large, but you should try either the original recipe Karoku Tsukemen or the modern-style Maruwa Tsukemen. 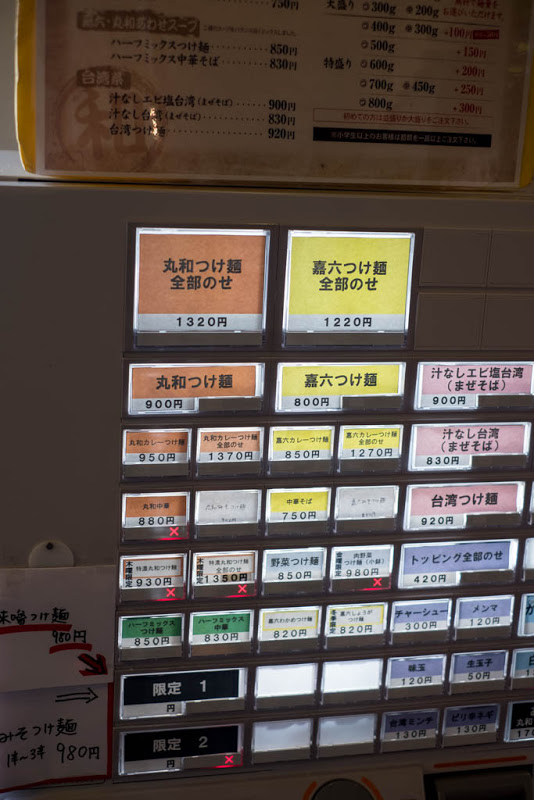 Or one of each. Both are served in a hot iron pot as an homage to TETSU, who put a hot iron stone in your soup to keep it hot. 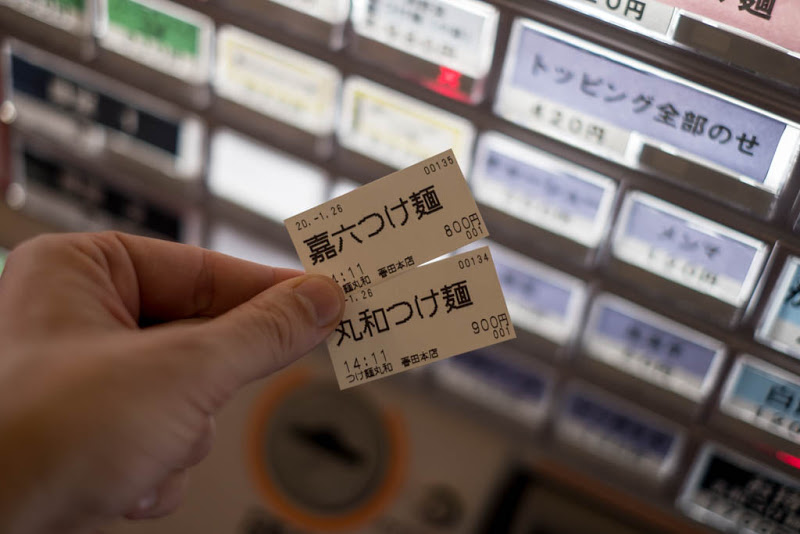 The menu is larger now, with limited bowls like local favorite Taiwan mazesoba and ramen dishes. 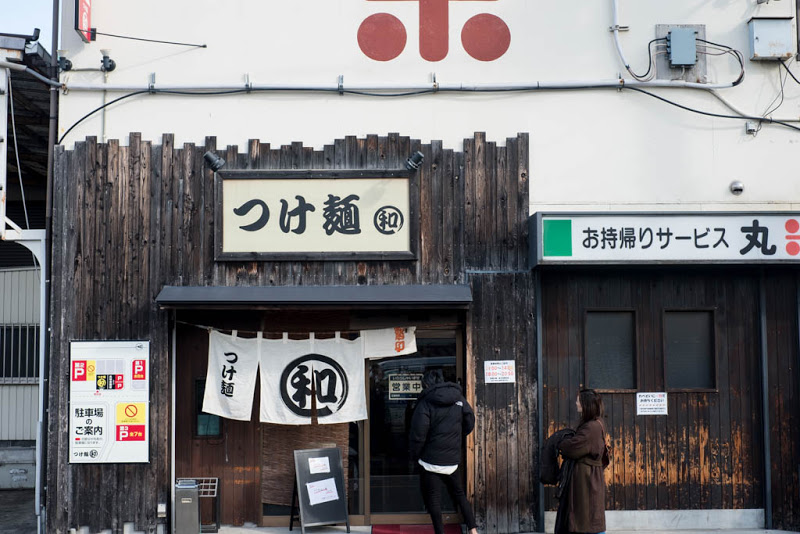 There are actually half a dozen or so shops in the Maruwa group. The original shop is wonderful, though, so you should try and make it there if you can. 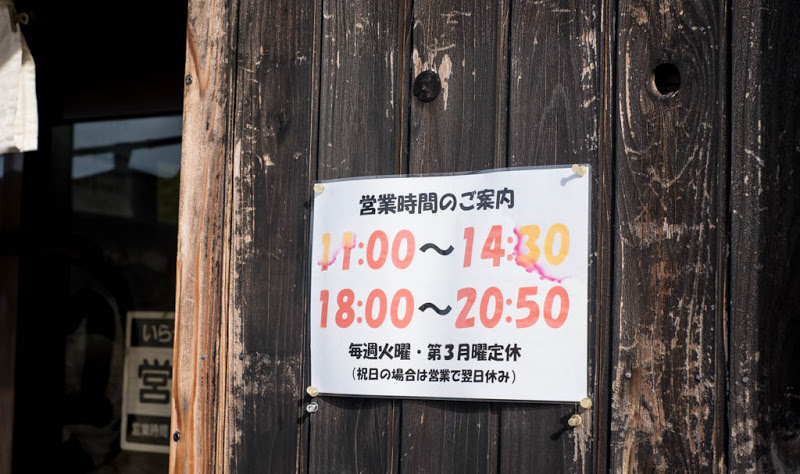 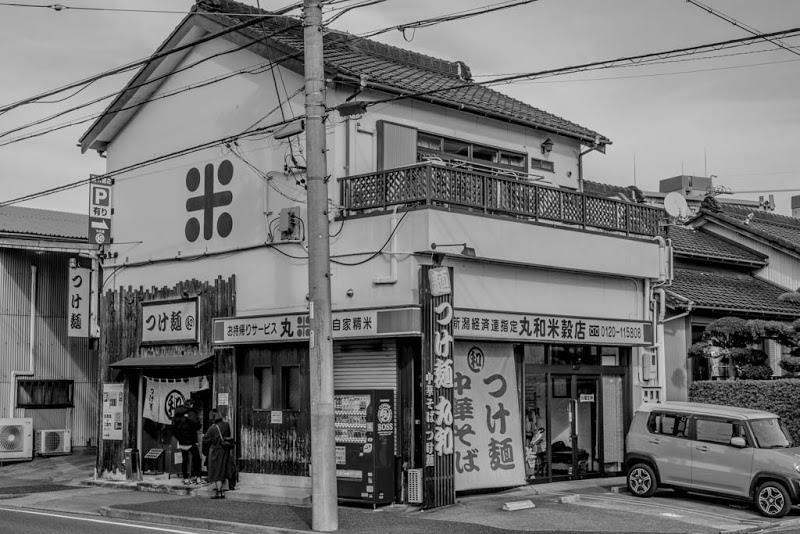 Relief for Australia Ramen at Soranoiro

ソラノイロ Remember January 2020? Australia was hit by horrible wildfires. We thought it was the worst thing that could happen…