Relief for Australia Ramen at Soranoiro 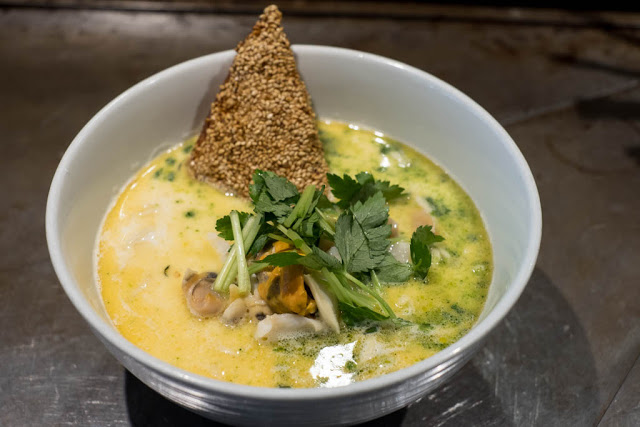 Remember January 2020? Australia was hit by horrible wildfires. We thought it was the worst thing that could happen this year. Then a few other things happened, and people generally moved on to the other problems of the world.

Well, Ramen Adventures is around eight months behind on the posts, so let’s revisit January 2020. 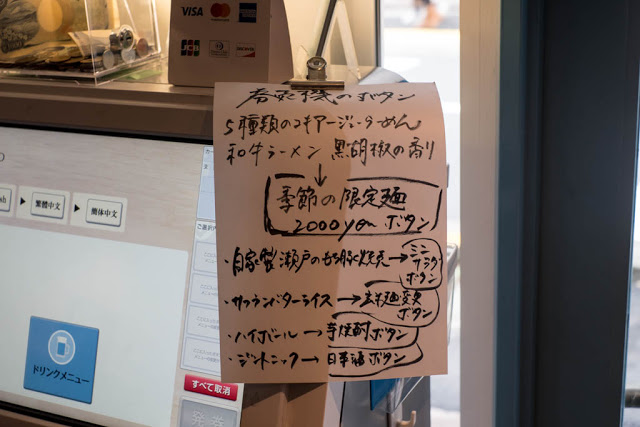 Soranoiro teamed up with Gaku, a robata-yaki restaurant from Sydney, Australia. Robata-yaki is a traditional style of cooking in Japan. Coals are placed in a large sandpit and skewers of meat roasted around it. Gaku also does ramen.
Gaku and Soranoiro’s special popup was also an event to raise funds for a bushfire charity. How cool! 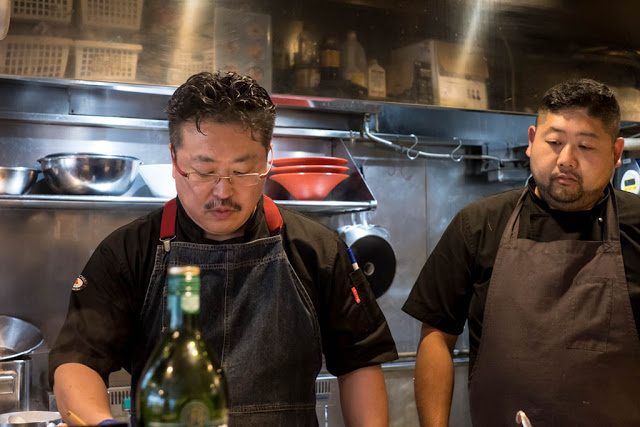 Five kinds of shellfish coquillage (コキヤージュ), a kind of French soup. It was buttery and full of ocean flavors. Definitely something new. 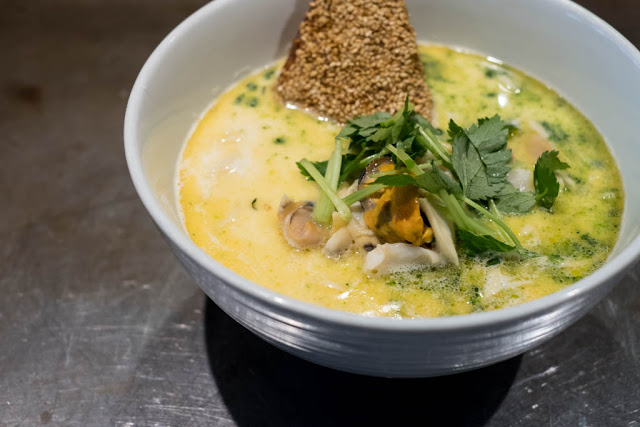 Great one-off bowl. The shrimp toast melted into the soup as I ate the noodles. All kinds of interesting textures going on here. They also did wagyu ramen during this charity event, but I’m glad I went with the mussel soup.

If you would like to donate to an Australian bushfire relief, check out the Bushfire Foundation. 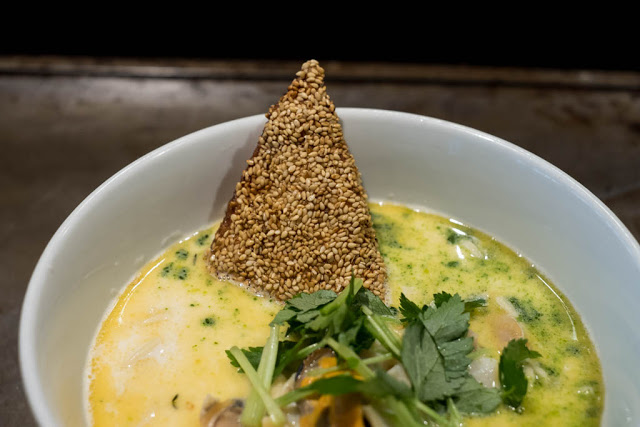 Mashi no Mashi in Roppongi, Tokyo

Mashi no Mashi Tokyo I had to do it. No matter how much I didn't want to spend $100 on…