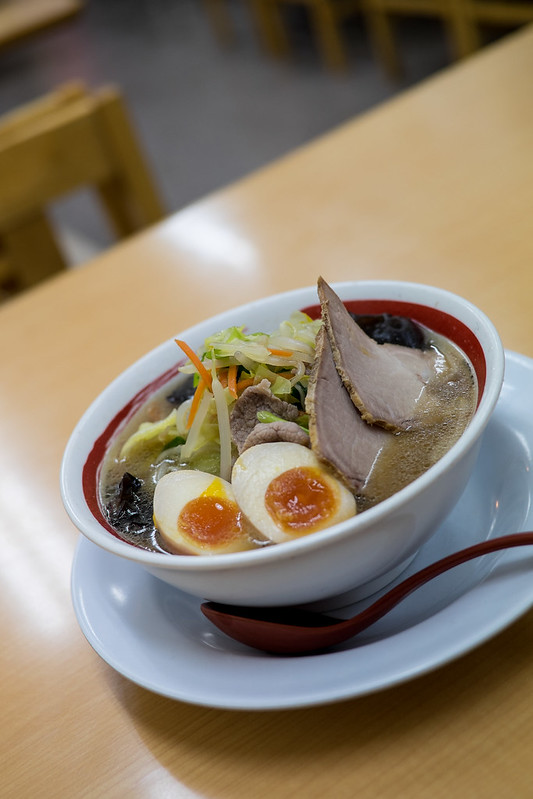 Holy smokes! I discovered a minor Japanese ramen style that I had no idea existed!

I make it no secret that I am a big ramen nerd, and thusly try and know as much as I can about not just the Tokyo ramen scene, but the fascinating world of local ramen throughout Japan. So when I rolled into Hikone Station, on the banks of Lake Biwa, and saw a famous-in-our-town poster at the station, I was shocked to see something new. 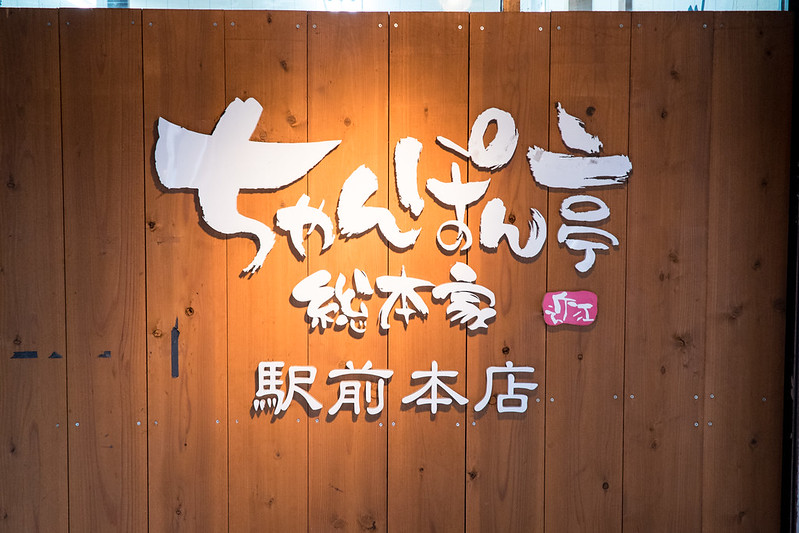 Omi champon. I had heard of omigyu, the locally raised cattle with well marbled meat, but had never heard of a locally branded ramen. I had also heard of champon, the famous ramen style from Nagasaki. Gotta grab a bowl. 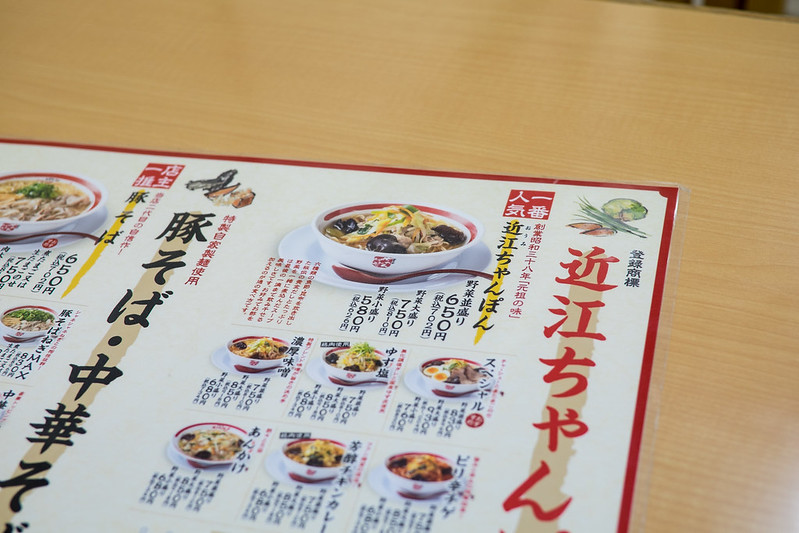 According to the champon wikipedia page, 近江ちゃんぽん dates back to the 90s, when local shop Champontei wanted to expand their brand and become a franchise chain. By creating a local style, they could count on a minor influx of tourism, and things like the previously mentioned train station poster calling them out by name.

Yeah, this one isn’t looking to good. 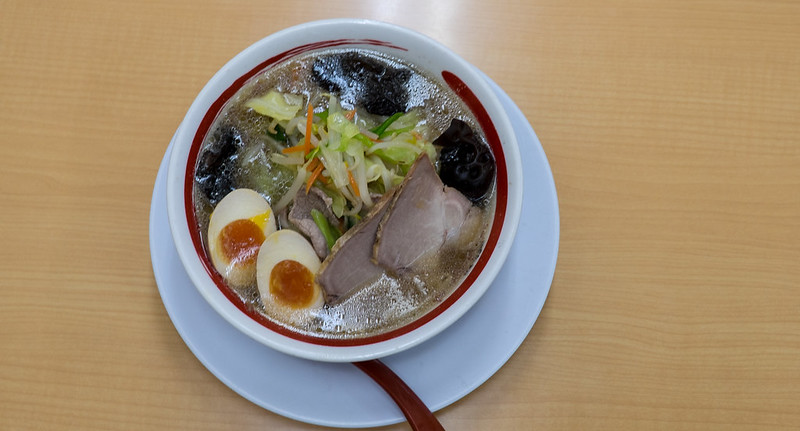 But then I dug into it. Omi champon is defined as having a light broth made with konbu seaweed and katsuo fish. Top with a hug pile of crisp vegetables, and give the customer lots of vinegar on the table to hit it with. This bowl was, shockingly, quite good. Although I think the concept of making this a local dish is corny, in the end I recommend it to anyone who is in this area and needs an affordable bowl.

Not worth a huge detour, but Hikone is a quaint little castle town that might be worth a trek for someone living in the Kansai area. 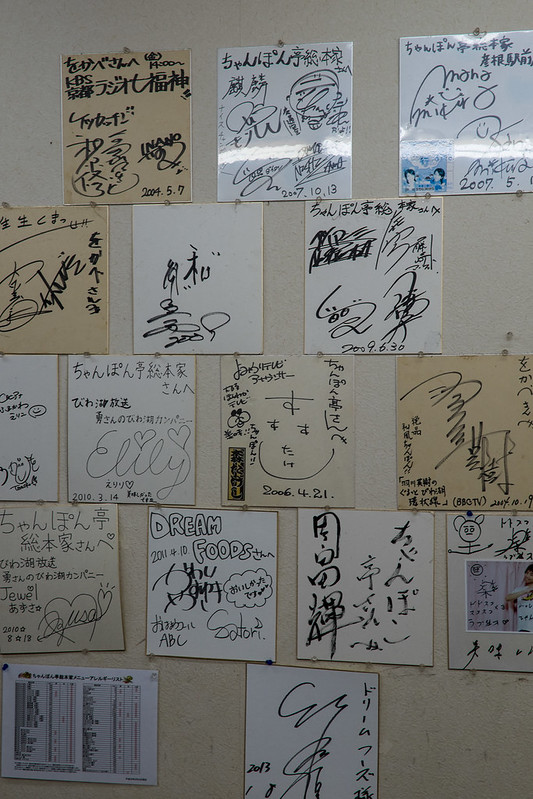 Of course, B-list celebrities put on their best faces for the cameras, as always. 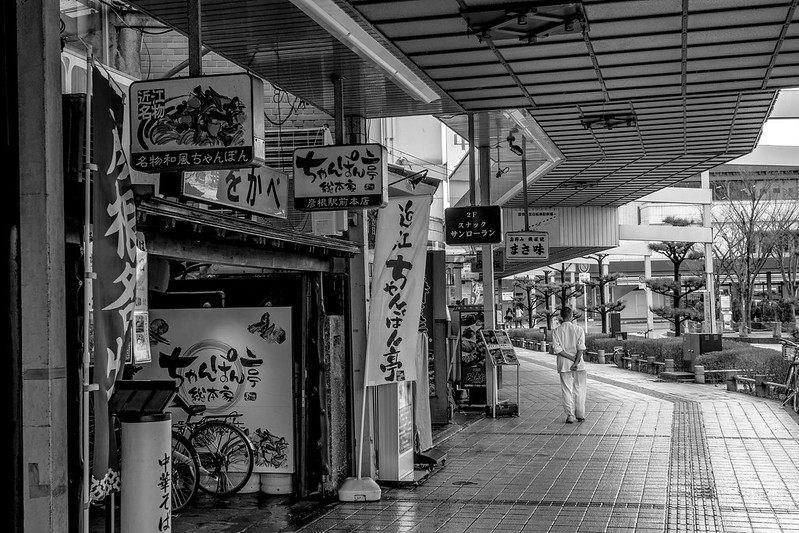 汁なし担担麺 武蔵坊 My company had me down in Hiroshima for a weekend. Time for another completely random, newly-created, local style ramen boom!…

KABOちゃん We all love Kabo-chan. He was, like myself, all about ラーメン食べ歩き, the fine art of hitting up as many…