The Ramen Burger in Japan! 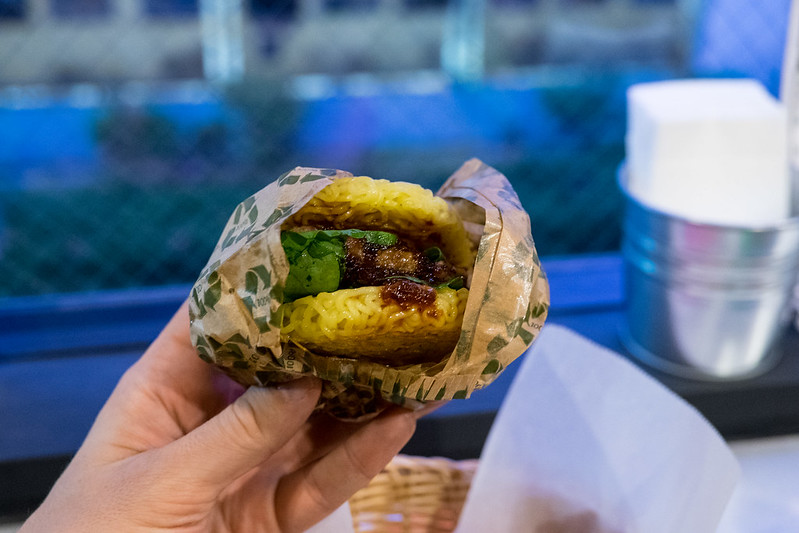 The original ramen burger has arrived in Japan, by way of New York and the world.

Taking residence on the second floor of Saikoro was a bold move. It is tough to pass up the solid bowl on the first floor! 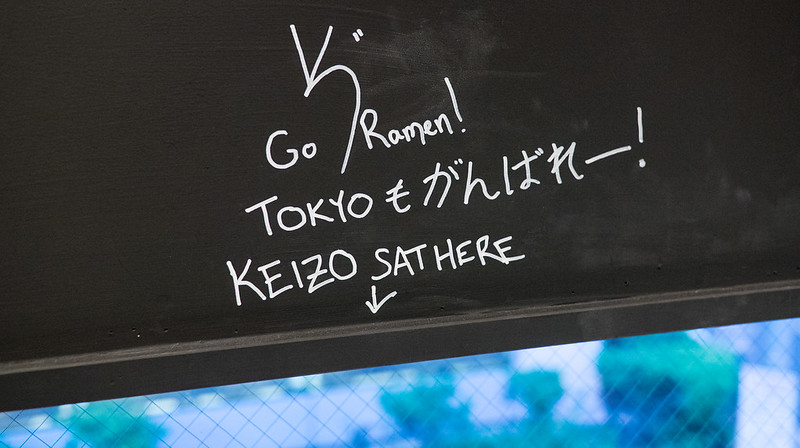 A quick history of the Ramen Burger is in order. If you’ve been a long-time reader of Ramen Adventures, you know that Keizo Shimamoto quit his job in Los Angeles, moved to Japan, and worked in a number of Japanese ramen shops. Eventually, he had an opportunity to go to New York to help open a branch of one of those shops; Basanova. Well, things didn’t work out, and instead of heading back to Japan, Keizo hooked up with some of his many connections to get a booth at Smorgasburg. Smorgasburg is some sort of weekend food festival in Brooklyn. What could he serve (ramen is notoriously tough to make at outdoor festivals)? Did anyone see this Vice video?

As there was already a bit of buzz about a ramen burger (hipsters love Vice!), the initial push was strong. Add that to the fact that the media was growing tired of the cronut (croissant /  doughnut) and looking for a new food trend to report on.

This perfect storm of hype and media drew huge crowds, the positive reviews from people who braved the lines began pouring in, and it just went from there. The Ramen Burger has popped up here and there in the States, at festivals and events, but it was never seen in Japan (apart from that initial time he made it for Vice).

That was back in 2013. About two years later, it finally hits Japan. 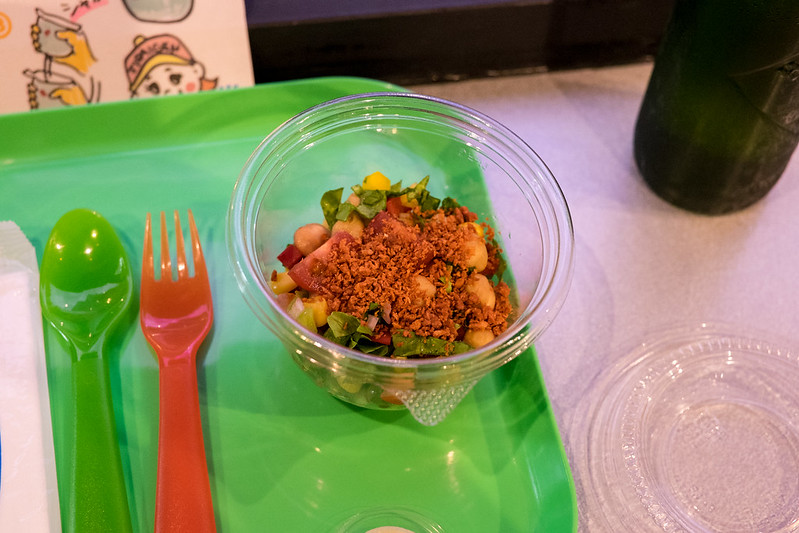 The salad was great! Thinking back, I can’t recall a time in my nine years in Japan that I’ve seen a chopped salad. A nice appetizer before the main course. 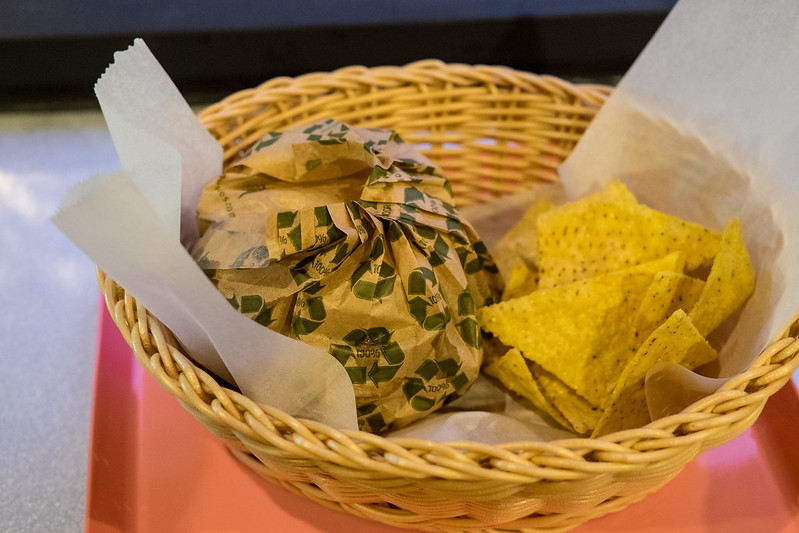 Some sort of high-tech wrapper (the staff will explain) means that you can take these to go. 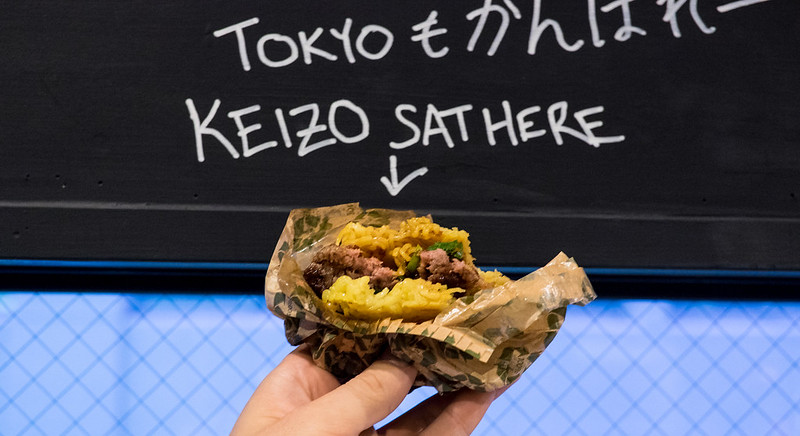 And there it is. The Ramen Burger. I feel like everyone already knows this, but the bun is made from ramen noodles. Some arugula and secret shoyu sauce go on a 100% American Angus beef patty. 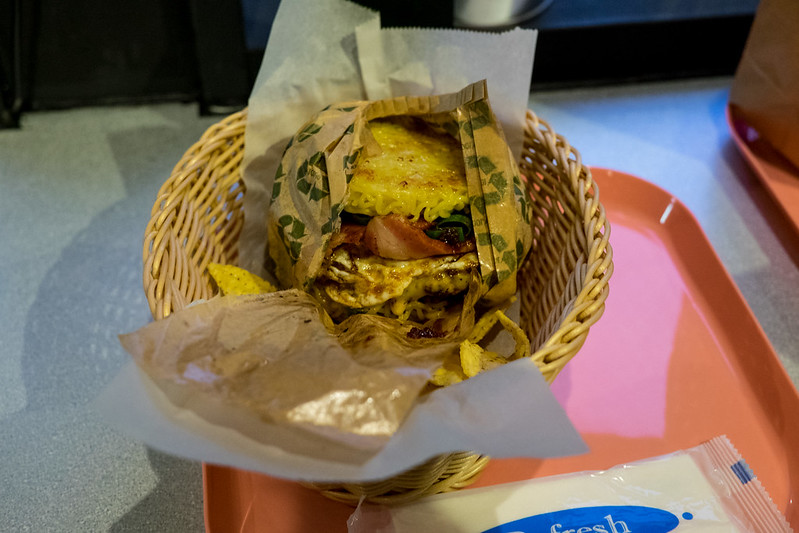 The works come with cheese, bacon, and egg.

My opinion on the Ramen Burger?

It lives up to the hype. It’s fun and innovative and full of flavor. 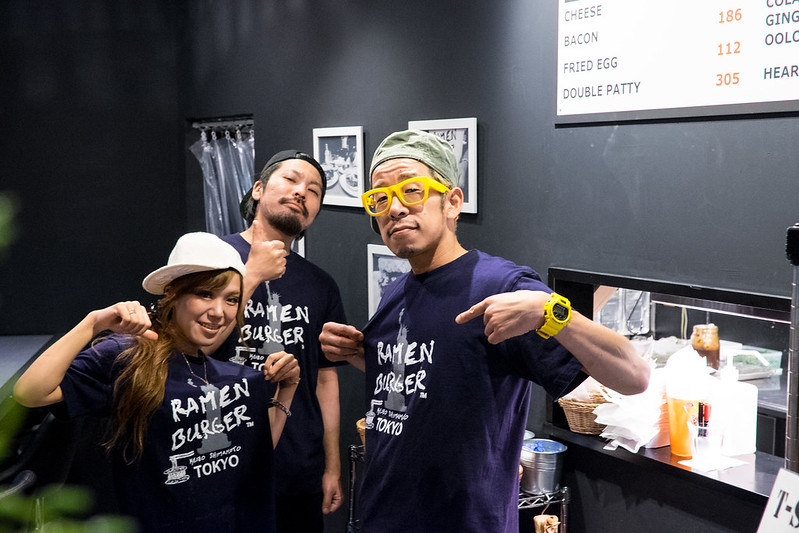 The burger scene in Tokyo isn’t near what it is in many American cities, but don’t get it wrong, there is a scene. Martini Burger, 3rd Burger, and Burger Mania all make Ramen Adventure approved burgers. There’s even a $150 Kobe burger at the Ritz-Carlton.

And now the Ramen Burger. Check it out! 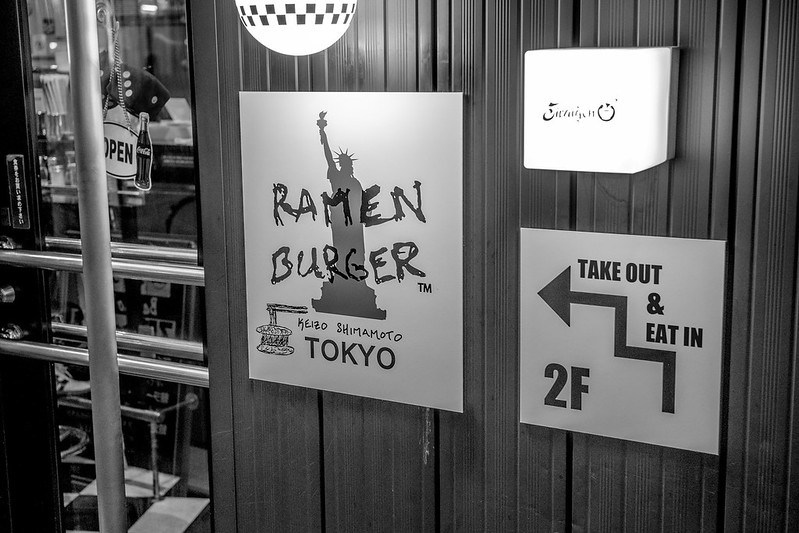 Let me know what you think in the comments or over at the Ramen Adventure Facebook page. The Ramen Burger is a crazy phenomenon, and thus the opinions are all over the place. Is it ramen? Is it a burger? Let me know!

麺屋 一燈 I can't believe it took me so long to make it here. Itto is one of the highest…

濃厚魚介らぅ麺 純 Hands down one of my favorite places to slurp in Japan is at Fuunji. It has everything a…