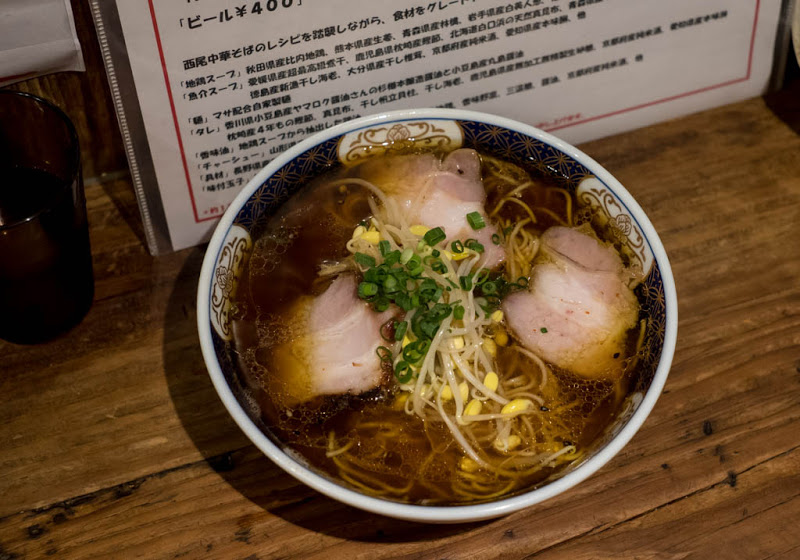 Every year for the past four or five, Nagi has been one of a handful of ramen shops in Tokyo to do New Years’ specials. To bring in 2020, they did three different bowls over three days. Uni ramen, niboshi ramen, and Nishio’s ramen. 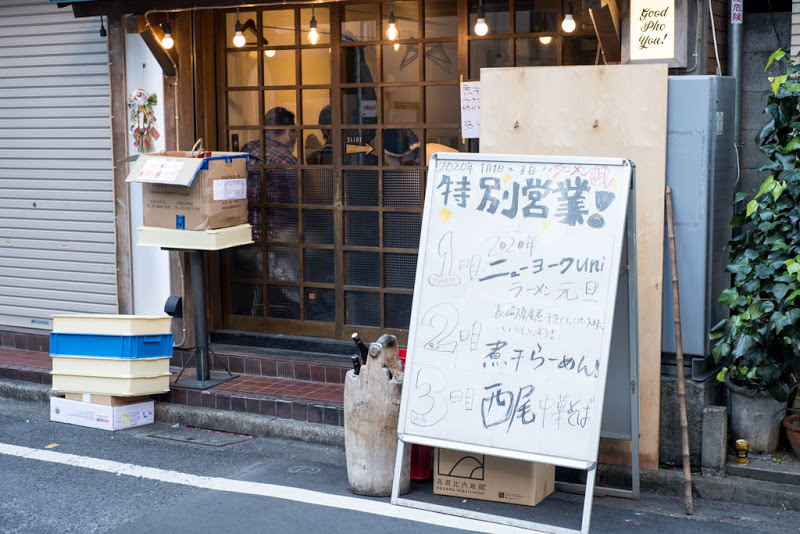 I didn’t make it on the first, so their special niboshi ramen would have to be my first of the year. 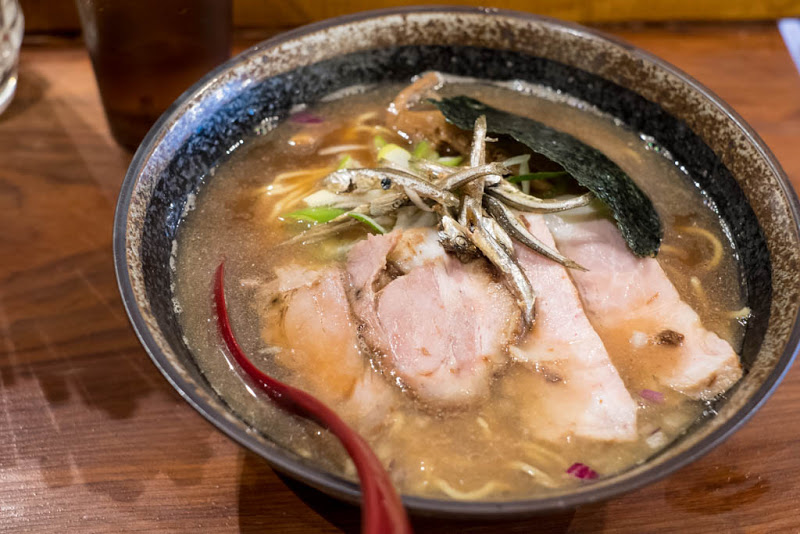 Copious amounts of Nagasaki niboshi. Nagi is famous in Japan for their heavy niboshi ramen. While this has been a hit in Japan, their overseas operations found fans with tonkotsu ramen. Interesting how that worked out. 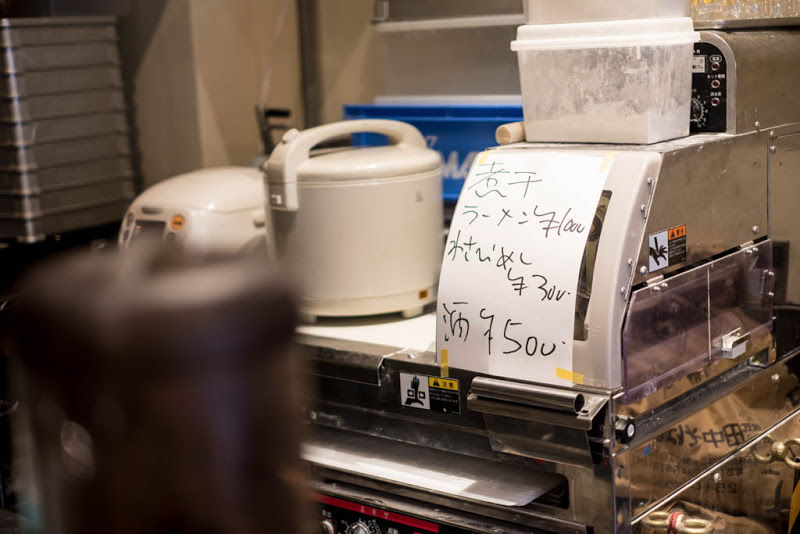 I love these New Years’ bowls for two reasons. First of all, this shop isn’t so far from my home. I can be there in less than five minutes if I speed on my bicycle. The other reason is that I always run into the usual gang of Japan’s ramen nerds. Most people take the first few days of the year off to lounge around the house. With only a couple of ramen shops open, they all tend to come here for a bowl.

The niboshi ramen was great, made with some premium ingredients and a side of dried root vegetables with mountain wasabi. 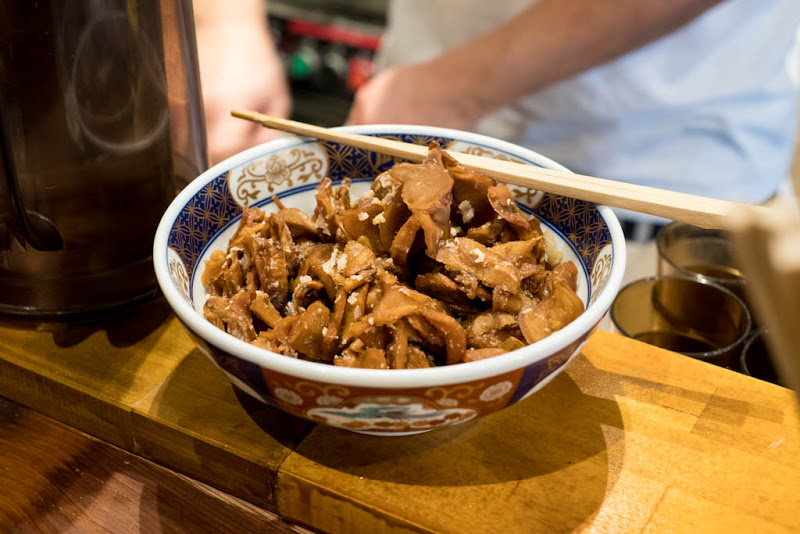 But the real winner (every year?) is the Nishio Chukasoba. 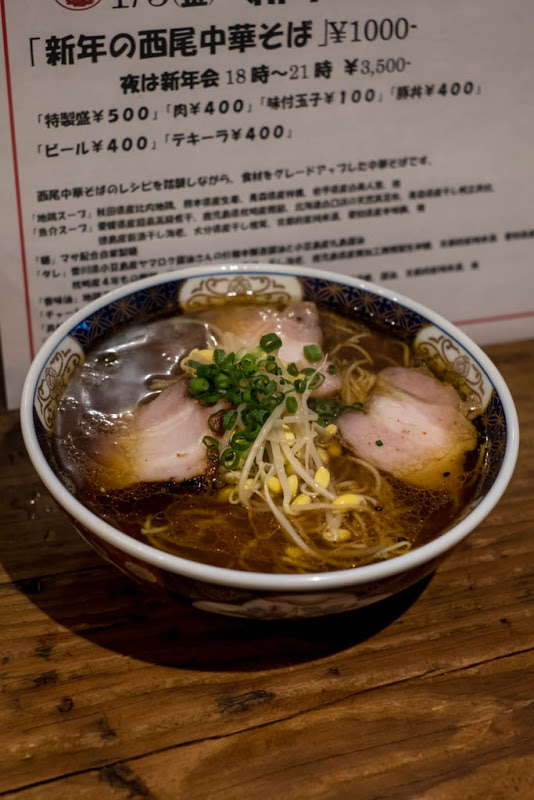 I used to visit Nishio’s shop about once a week back in the day (my original blog post was in January 2010). Since then he closed up shop to focus on the expansion of the Nagi group both within Japan and overseas. On one hand, I’m happy for one of my favorite ramen shops to succeed in such a way, but on the other, it sucks that I can’t have this bowl more often. Heavily seasoned roast chashu, sprouted moyashi ben sprouts, and a special noodle made with a bit of cornflour. 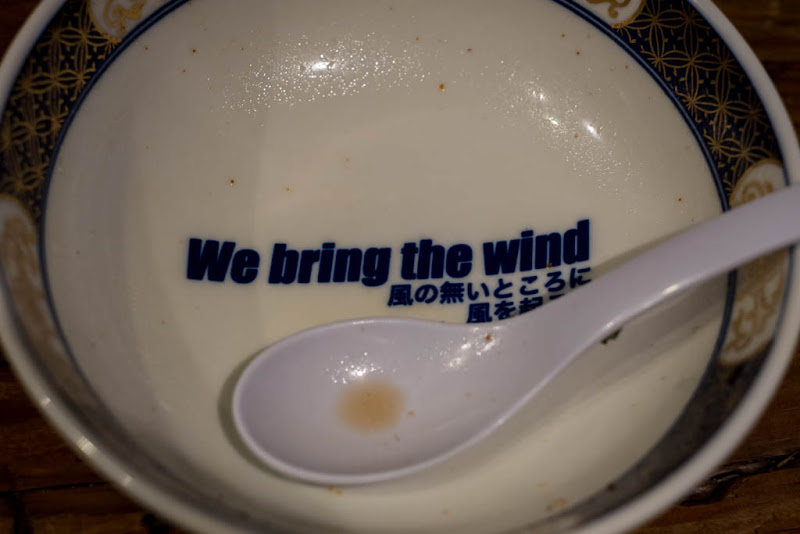 Since these are special bowls, the choice of ingredients is on the premium side. Ingredients from Akita, Kumamoto, Aomori, Iwate, Aichi, Kagoshima, Hokkaido, Tottori, Nagano, Fukuoka, and Kagawa. It’s literally half of Japan in a bowl.
See you again in 2021! 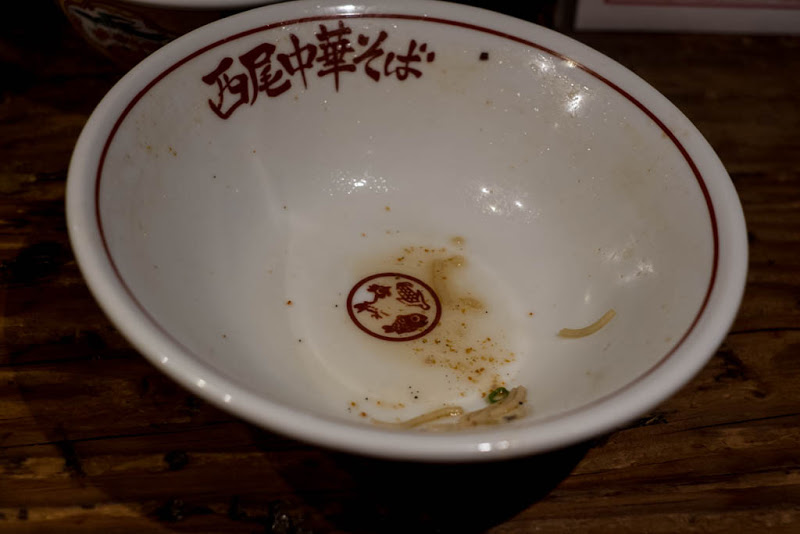 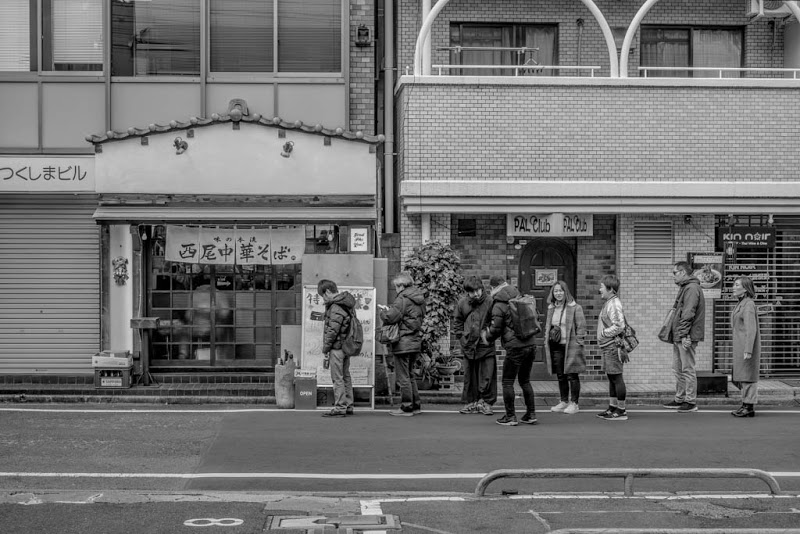 ぶたの旨味らーめん とんくる I was meeting a friend at Minatoya for kakigori. This is one of my favorite shops in Japan…

Japanese Soba Noodles蔦 "The truffle is not a positive aphrodisiac, but it can upon occasion make women more tender and…