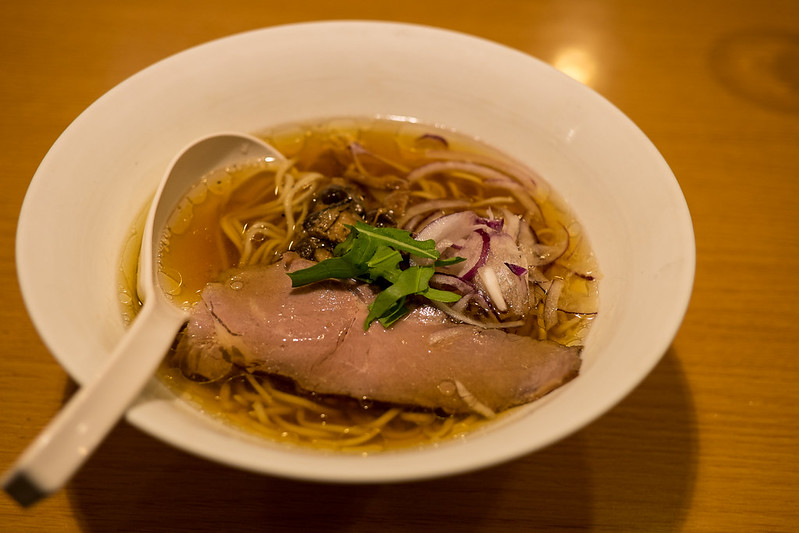 Most everyone knows Ippudo. The small chain of shops in Japan exploded internationally in cities like New York and Singapore. It isn’t a huge surprise, the ramen at Ippudo is great. So great that it has spun off some off-brand shops like an Ippudo miso shop and some Ippudo express shops at shopping malls around the country. 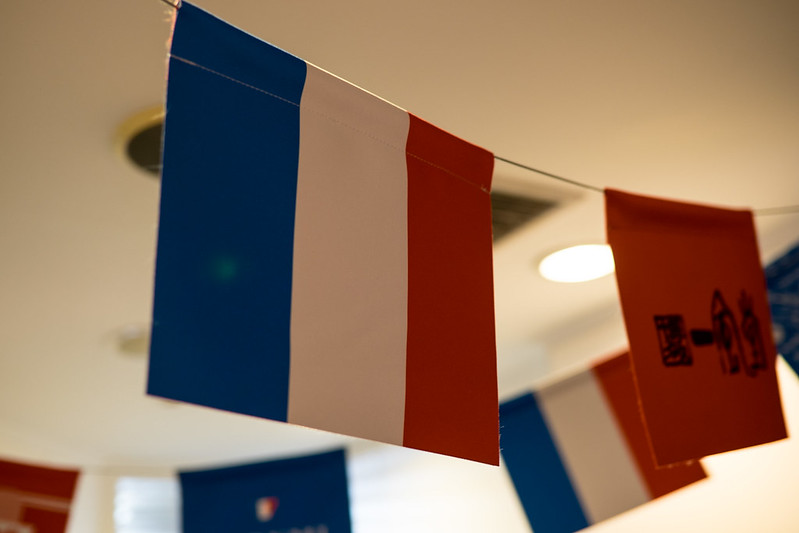 But when I heard about Ippudo opening a French inspired shop, I was baffled. What gives? 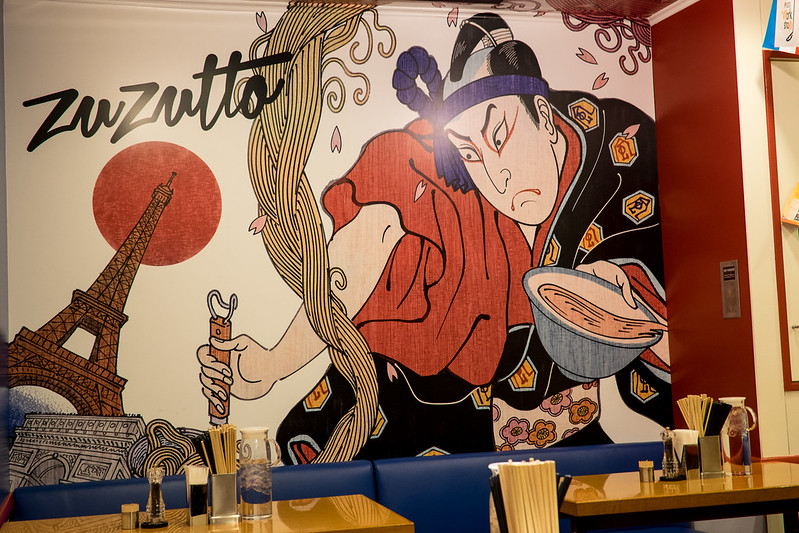 Well, this was all a result of an event in France in 2014; Paris Ramen Week. Paris Ramen Week brought some of Japan’s top ramen chefs out for a week of popups, seminars, and general food fun. Some of the chefs were inspired by their venture into the foreign food scene, and ideas were born. One that comes to mind is Soranoiro, who brought back the idea of putting a vegan ramen on his menu.

This is where Ippudo comes in. 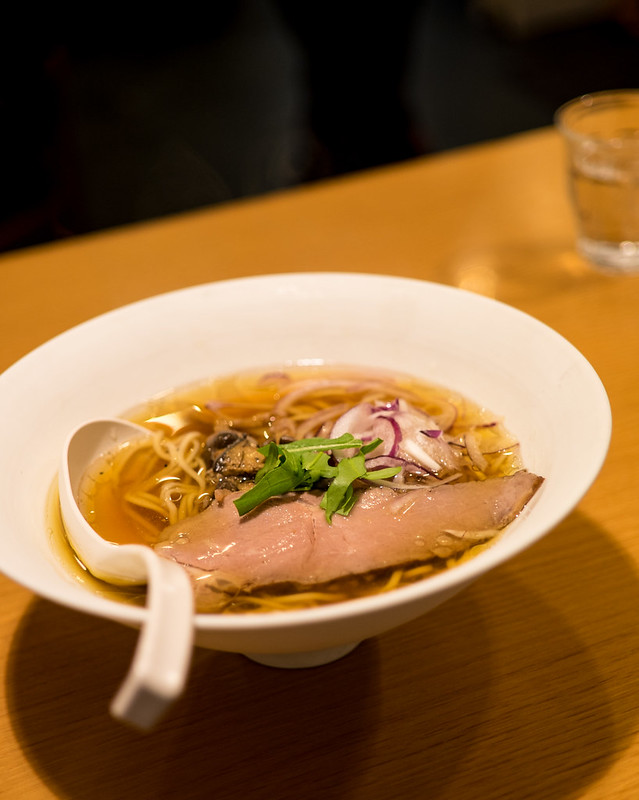 As an homage to their trip to France, Ippudo created a French-Japanese fusion bowl. The dashi is a blend of French beef consomme and traditional Japanese broth. The noodles are half Japanese flour and half French bread flour. The toppings are roast beef, red onion, and sauteed mushrooms.

Sounds good on paper, and it sure looks tasty. 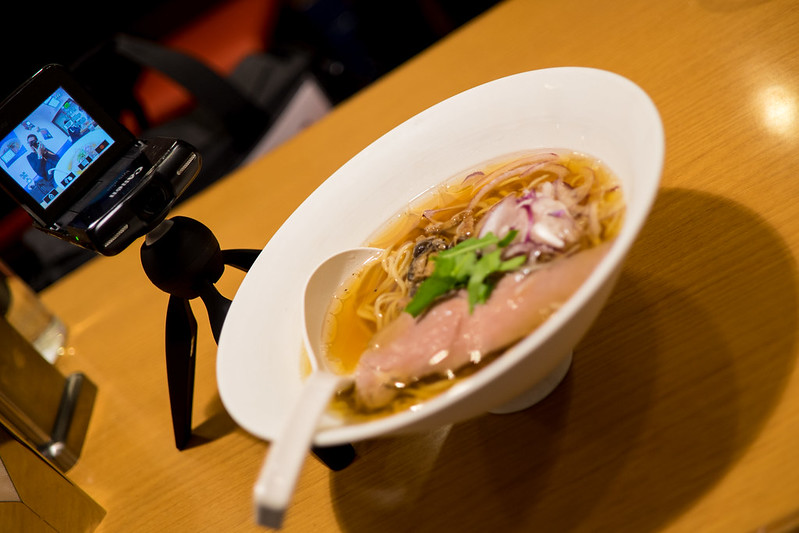 Camera rolling, this was the first YouTube video I’ve made without testing it beforehand.

Luckily, it was excellent. I think the key were the noodles. By using some French bread flour, you almost get a sense of dipping a crusty baguette into a lovely consomme. Really interesting. I don’t know how a stand-alone shop of this nature would fare, but in the Shin-Yokohama Raumen Museum, it is a perfect fit. 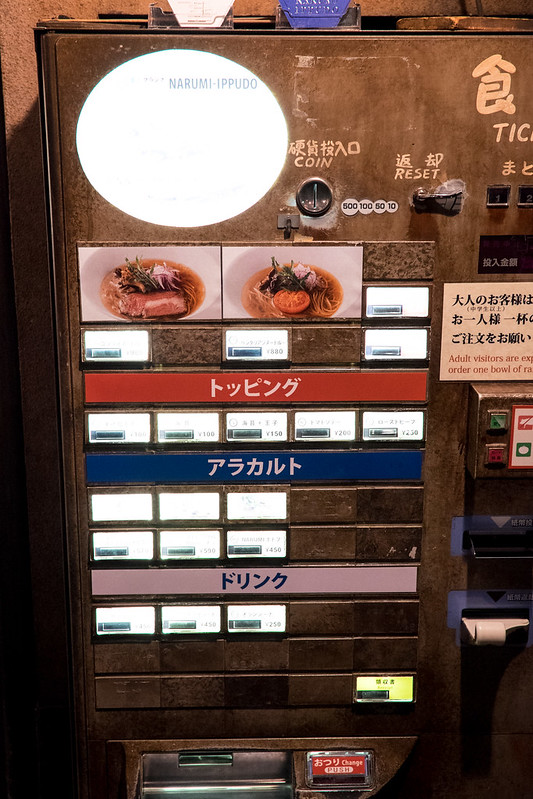 Two other menu items are worth a note. First is the vegetarian ramen. This one works, using extra mushrooms to make up for the lack of beefy umami present in the regular bowl. As always, I enjoyed the meat version more, but this was a pleasant surprise. Not too sweet, which is a problem with vegetarian soups I’ve found. 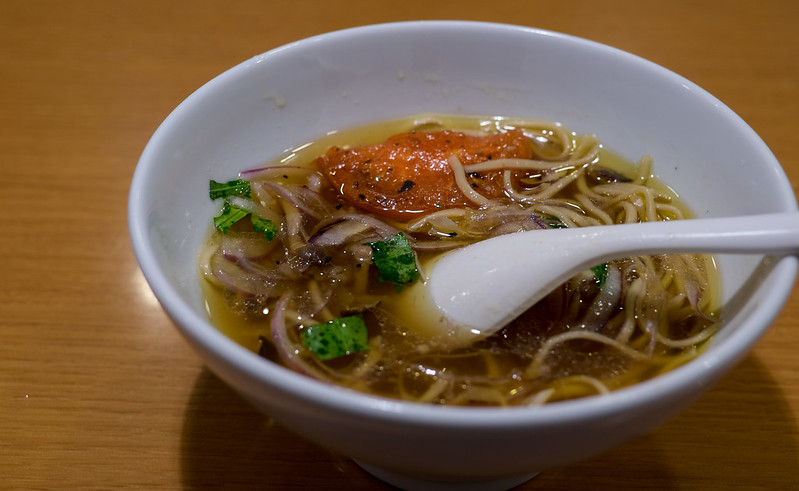 There is also a French-inspired ochazuke. Rice, topped with roast beef, and drowned in consomme. Good, but you’ll probably want to save room for another couple shops. This is the Raumen Museum after all! 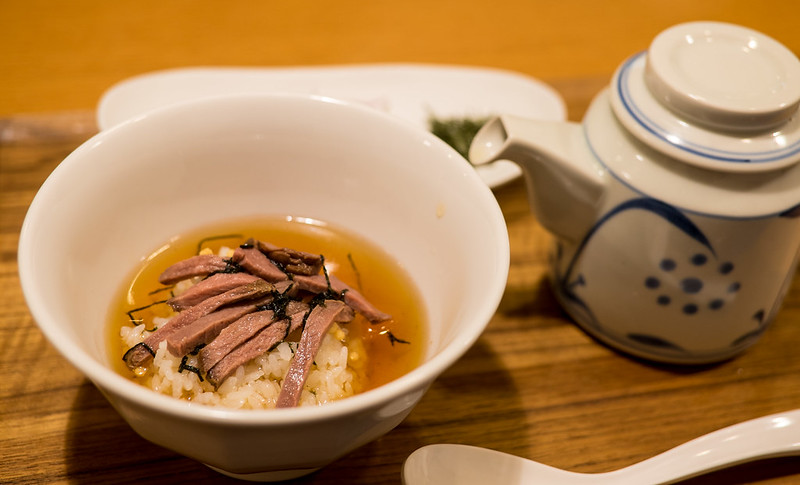 Like every other shop at the museum, you can order mini bowls. You should plan your visit accordingly. I’d say start with a taste of something light, like Narumi Ippudo, then move to something a little heavier like Komurasaki or Nidai-me Genkotsu-ya, and finish with a thick one like Sumire or Ryu Shanghai. A full list of shops can be found here. 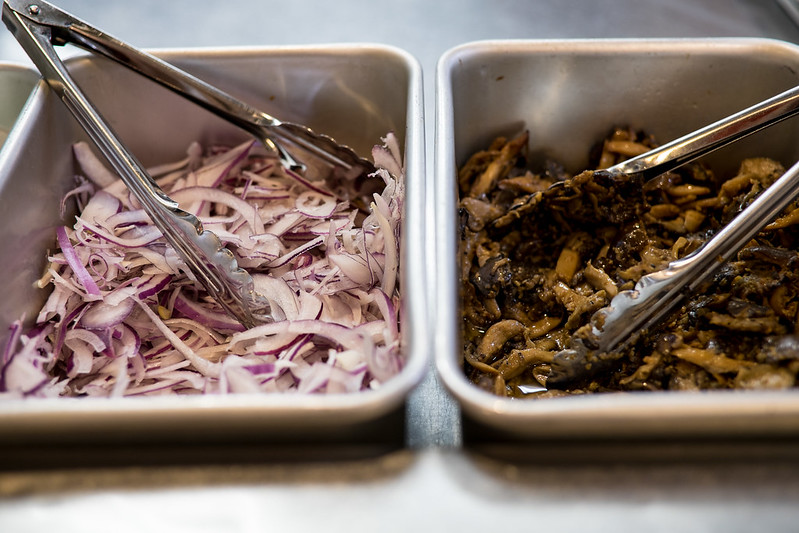 If you enjoy this, or any of my YouTube videos, please subscribe and tell a friend. I’m spread a little thin with all the various ramen media projects I am in involved in, and would like to focus a bit more in 2015. Thanks for watching! 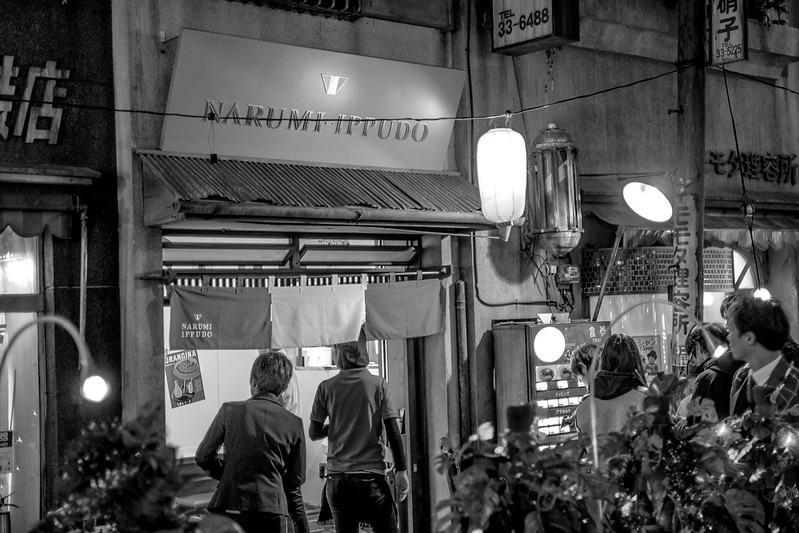 AGU, a ramen bistro I didn't come to Hawaii to eat ramen. I came to get away from the hustle…

ろく月 Rokutsuki was awarded the coveted tonkotsu rookie of the year award for 2014. Not a bad way to start…