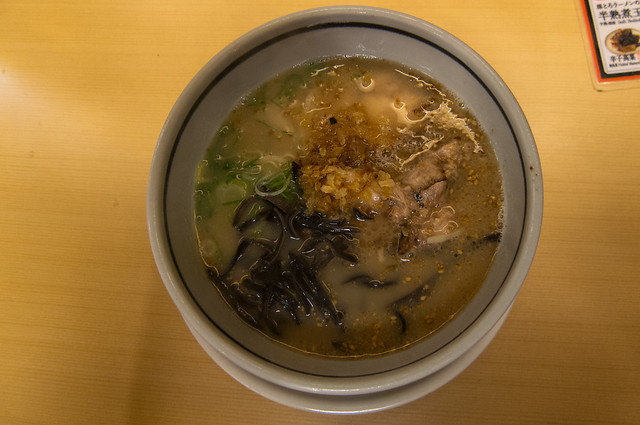 Tontoro was recommended by the nice fellow at Kagoshima’s red light district 7-11. He sang their praises  The pork was, apparently, amazing.

Like most ramen shops in Kagoshima, they had a cheap option. For only 450 yen, you can have a mini bowl of their signature tonkotsu ramen. They also had the obligatory counter-top daikon pickles and tea. 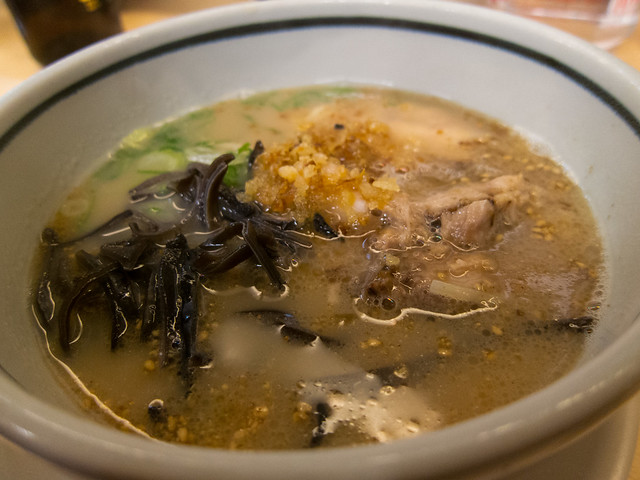 Another disappointment. The chashu, an obvious draw, was almost pure fat. In the pork’s defense, it was silky smooth fat, but 90% fat nonetheless. 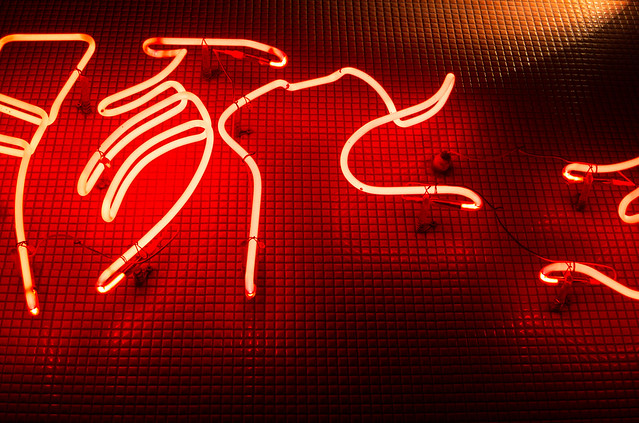 I was also accosted by a very drunk dude who called me a lady for not ordering the big size. Bro, I just ate a bowl at another place five minutes before! And that was after a full-sized dinner with my coworkers! Then he tried to lift up my shirt to look for my breasts. 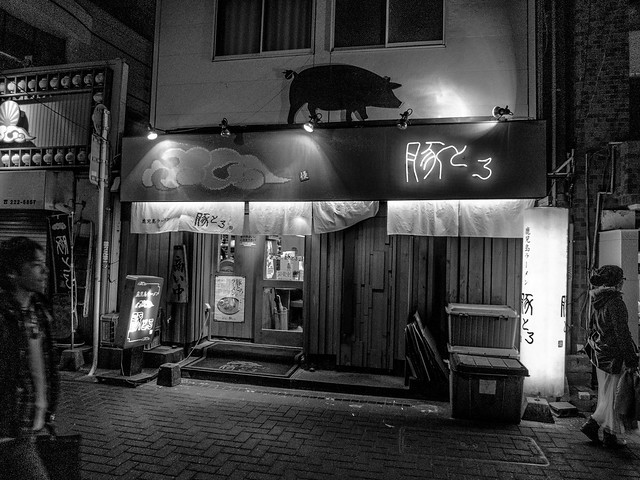 Yeah, that happened in Kagoshima.

支那麺 はしご 銀座八丁目店 Ginza is a strange animal. It is by far the most upscale part of Tokyo, in terms…