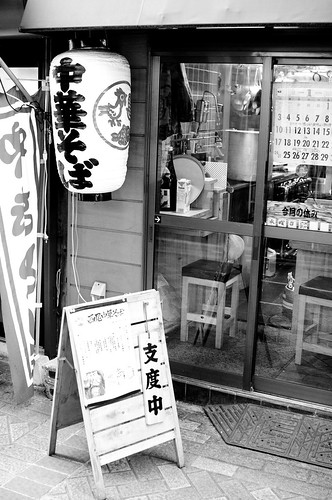 Just a few minutes from my place in Bunkyo (kind of a trend with my ramen adventures lately) is a winner. Ramen Walker magazine gave it the bronze in their ranking of new 2009 shops. Anything in the top 3, or top 30 for that matter, is in my sights. 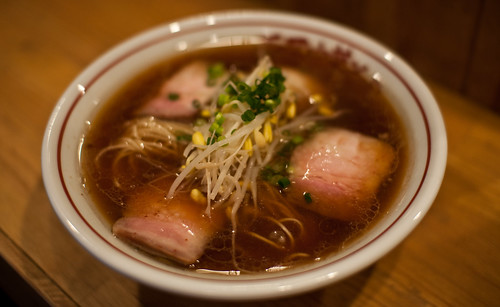 So I headed over for a bowl of their shoyu ramen. I’ve been on a shoyu spree lately, hitting up Tsukishima Rock and Kokaibo in the last week. How does Nishio stack up? 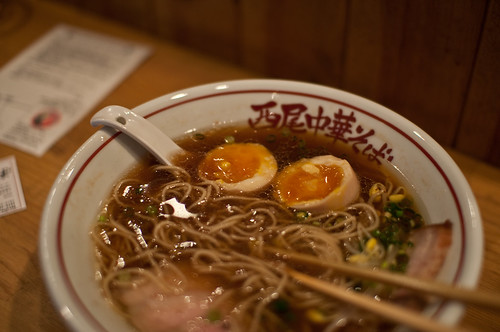 They should have taken the gold. This is good eats. The secret lies in the double soup. A chicken soup paired with a fish soup. In fact, the logo shows a chicken, fish, and… corn? What’s that about? 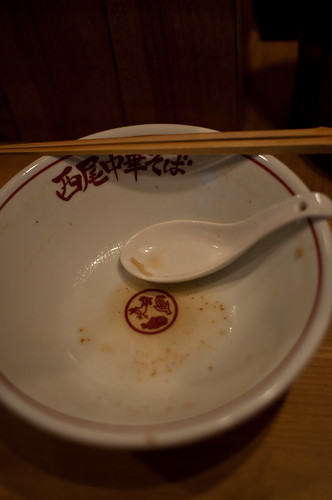 The noodles are made in the same plant that cranks out corn tortillas for the taco industry. If you live in Tokyo, you probably have come across tacos zero times, give or take once. Regardless, why not throw a little of that maize flour in with the noodles. Seems logical. 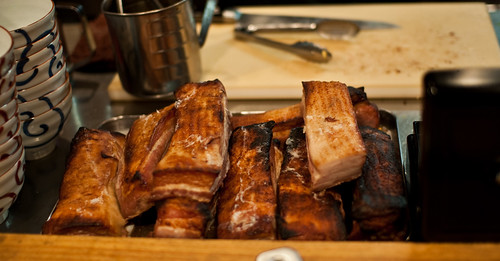 Mr. Nishio, the chef behind the counter, did his training with Nagi. Nagi’s approach to ramen is to open completely different shops, like the Shibuya, Tachikawa, and Shinjuku shops. 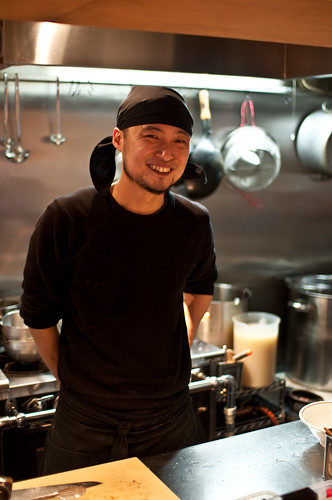 If you ever need a hint what to order, look for the osusume, recommendations. 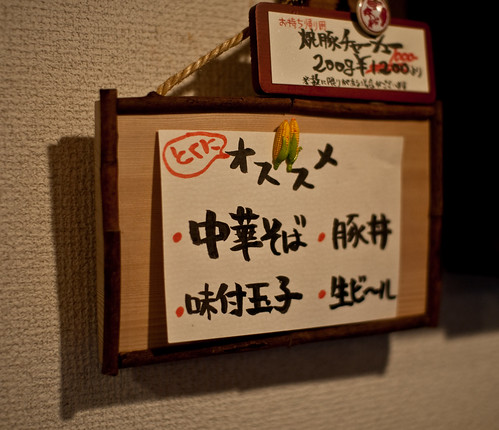 Nishio-san recommends a bowl of the standard ramen, toss in the egg, a bowl of buta meshi (that’s some fried pork on rice), and a cold beer. That combo deal will run you less than $15. 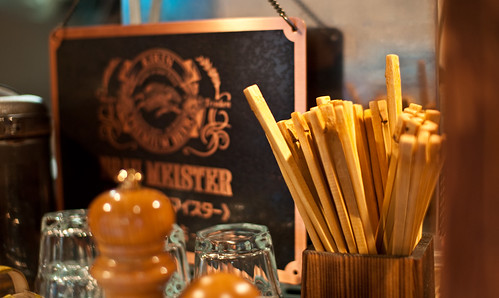 The beer is proper Brau Meister, Kirin’s answer to real beer (dont get me started on the widely available Japanese beer), and only 350 yen. If I didn’t have to teach an English lesson an hour later I would have been all over it. But at least I can try the rice bowl. 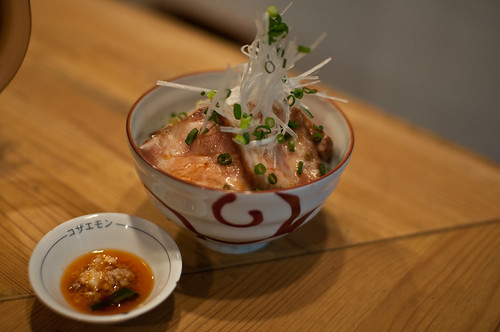 みそや林檎堂 A ranking of #1 miso in Tokyo in the popular 噂 (Uwasa) ramen guidebook deserves a visit. This shop…

月島ロック Just around the corner from Tsukishima's Monja Street, where you have your choice of around 50 monja shops, is…