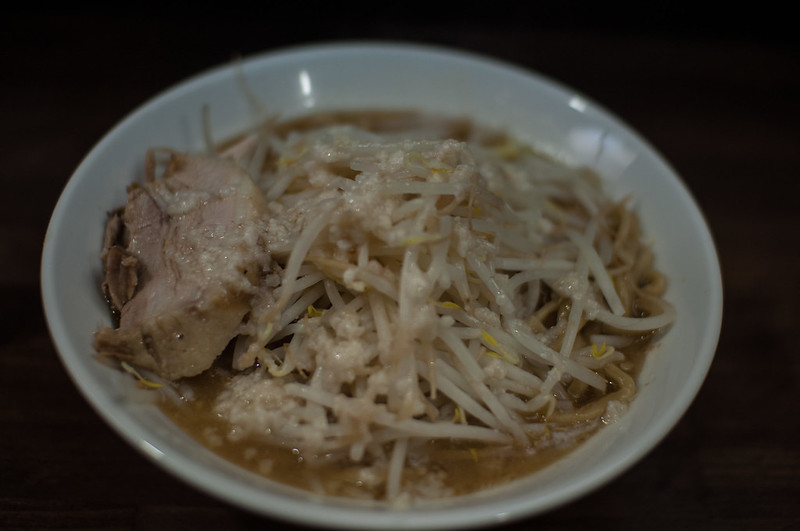 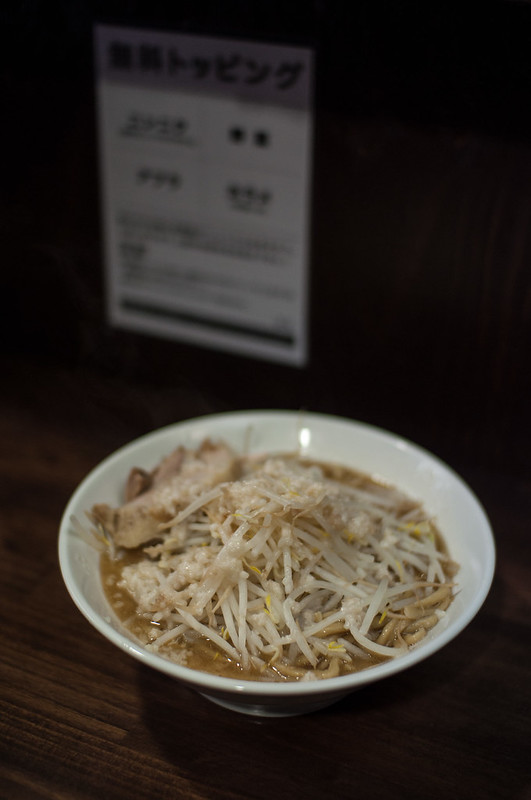 And when a new Jiro-style shop opens, I don’t really care.

But when a Jiro-style shop called Buraian opens, I take note. Because that is my name! I’m Brian! 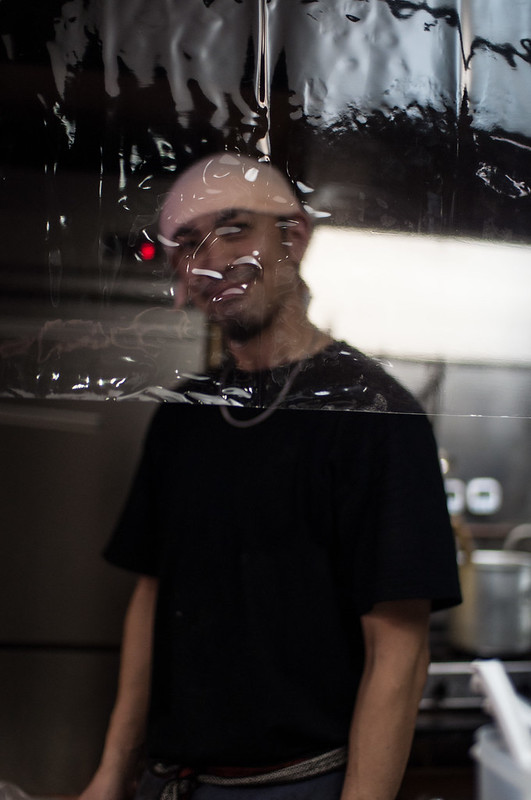 Then I was hit was some of the best news of 2013. I asked the master what 無頼庵 means. 無頼 – burai – means villainy, non-trust. 庵- an – means hermitage. Put them together, and buraian means desperado. A bad-ass dude, living day to day by his own rules.

When I first came to Japan, some Japanese friends wrote my name as 武雷安, a nonsense grouping of Chinese characters for samurai, thunder, and cheap. 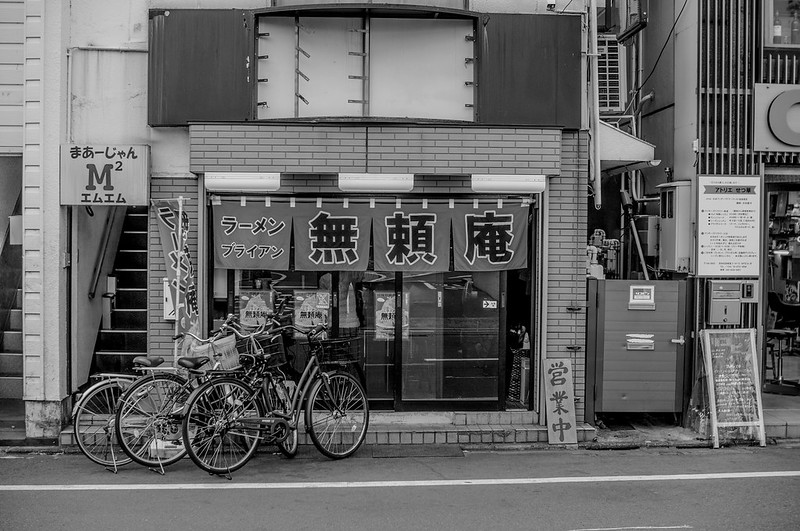 麺巧 潮 The annual new shop awards have been handed out, and Ushio took top marks in the tori paitain…