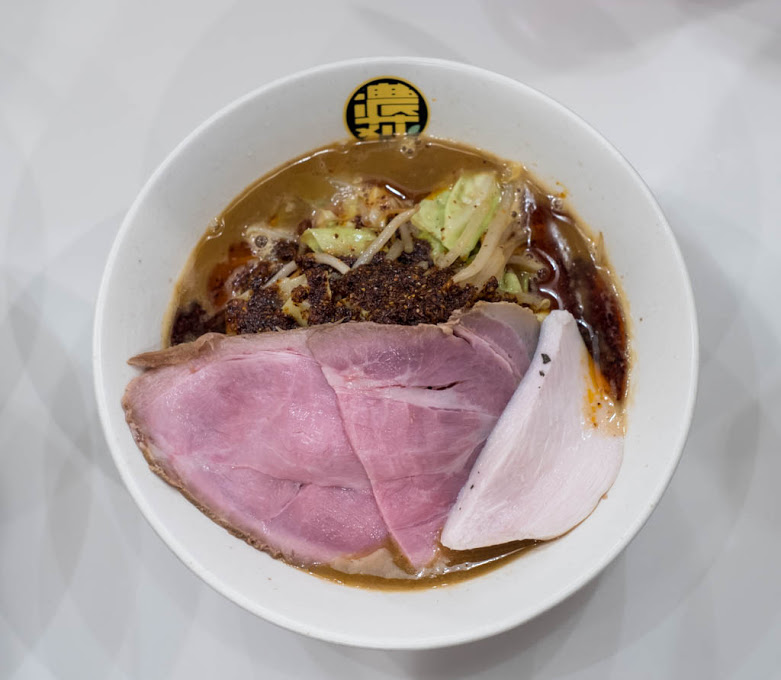 Inosho is a popular ramen shop on the westside of Tokyo. Their original shop in Nerima is worth a visit, but Ogikubo is on the much cooler (and more accessible) Chuo Line serving Shinjuku Station. The full name is Kosaimen Inosho, meaning roughly 濃 heavy 菜 veggie 麺 noodles. And that’s what you get, and intense broth with more veggies than your average bowl. 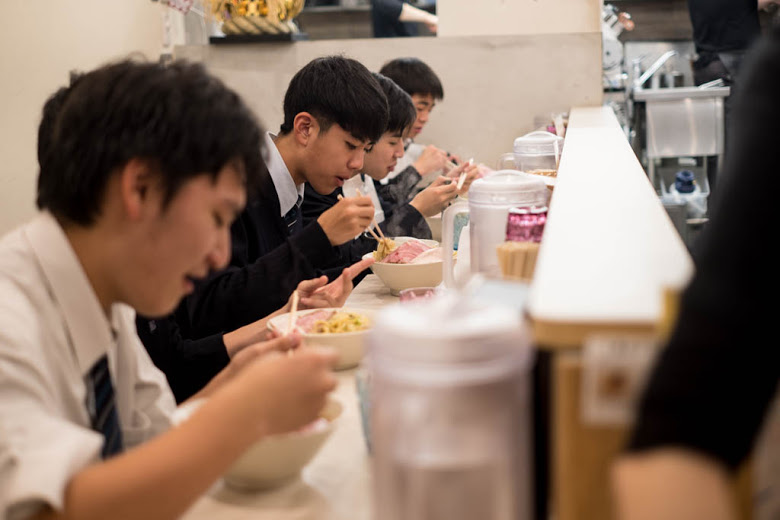 The spicy bowl is quite nice. They make a spicy fish powder that looks bigger than its bite. 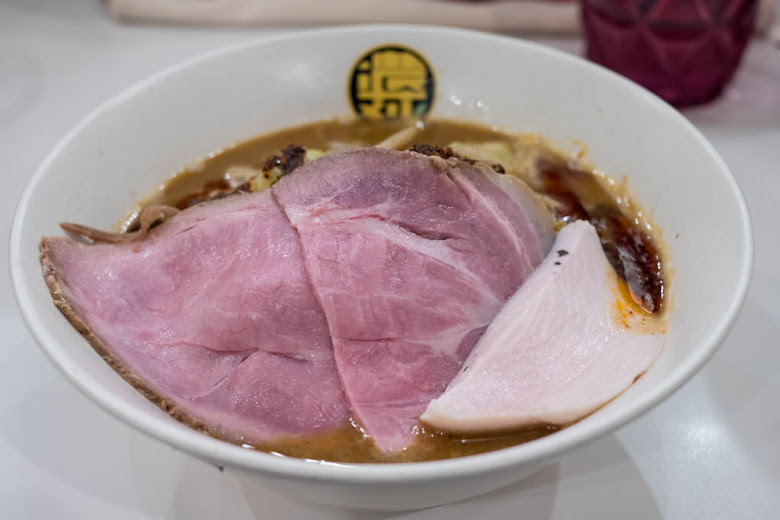 This is the standard amount of meat. If you want a few more slices, go for the 肉 niku version.

The menu is actually quite extensive. They have tsukemen, Mexican spice rice bowls, and, on weekdays, half a dozen topping bowls you can order on the side. These are just extra cabbage and sprouts with some kind of flavoring. ジロベジ (Jirobeji), for example, is covered in garlic and pork back fat. 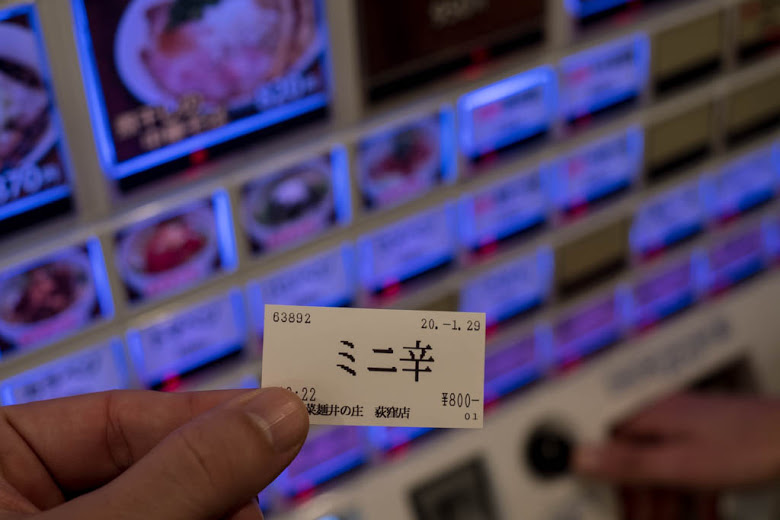 FYI, they do mini bowls, which was great as I had just eaten a full-sized bowl elsewhere.

As I grow older it becomes harder and harder to binge on ramen. I can barely handle two bowls in a row these days, whereas three was no problem back in, say, 2012. 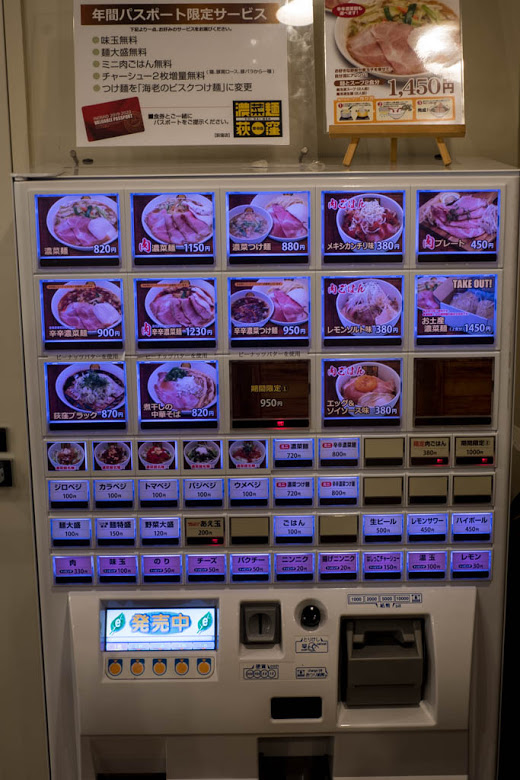 Have any of you been following my ramen adventures since 2012? I found an old post from my first time to Inosho in Nerima. I took the opportunity to meet up with some newly-made Mormon friends.

Actually, I met up with the Mormons on and off again for a few years. Eventually, I think management realized I wasn’t going to be joining them and I was taken off the contact list. It’s a shame. They keep a list of possible candidates, and each time a new man on a mission comes to town, they’d get said list and call me up for a date. Fresh young 18-year-olds who had, for the most part, lived very sheltered lives. To be honest, they were fascinating to speak with.

One of them revealed to me that their internet is heavily firewalled from certain sites, and Blogger happens to be one of those. Shame, I wonder what they are up to eight years on.

You can read that one here. 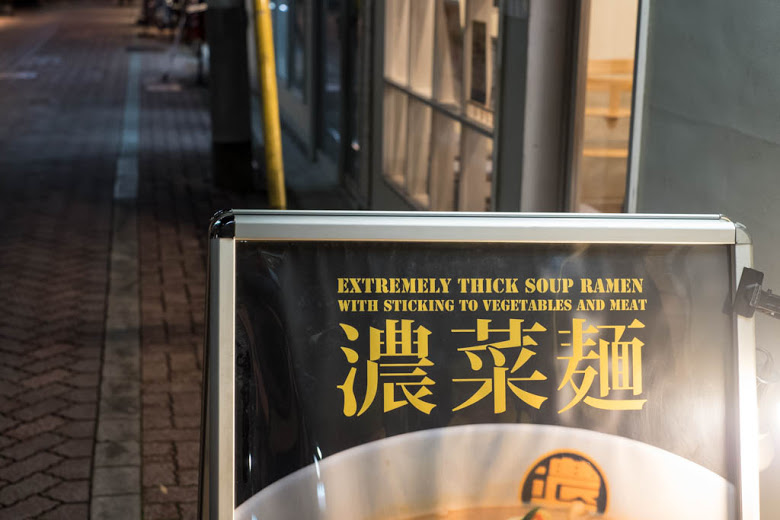 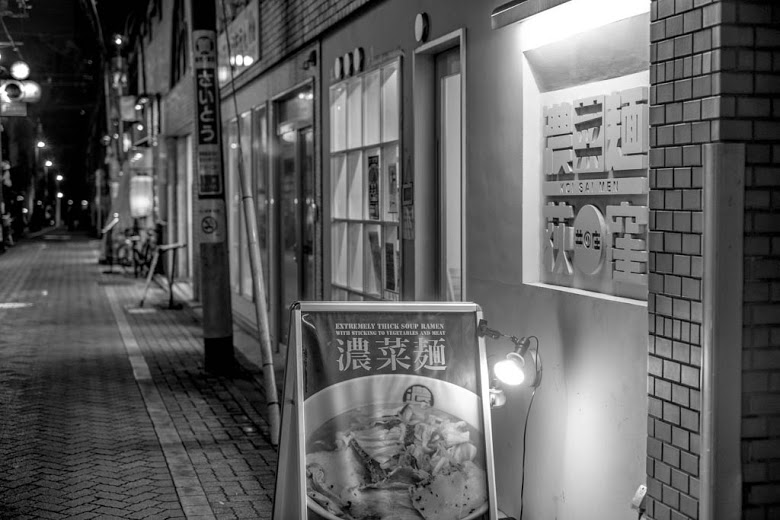 恵那く I was out in Kyoto for a night of geisha and drinking with some Japanese friends, but made sure…