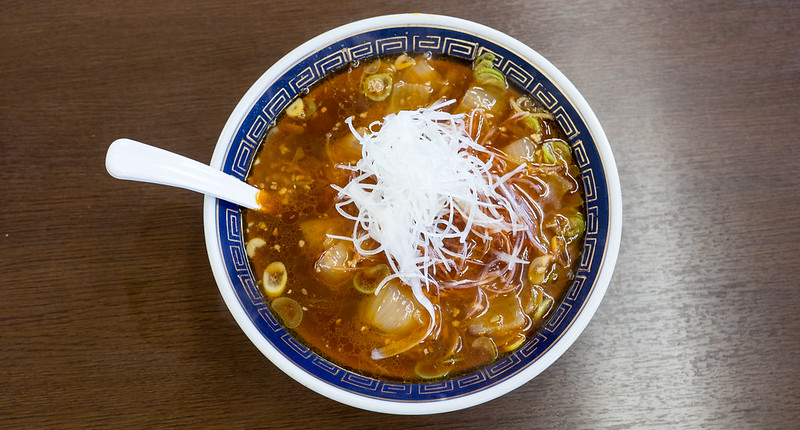 Ramen Riders! Let’s do this! 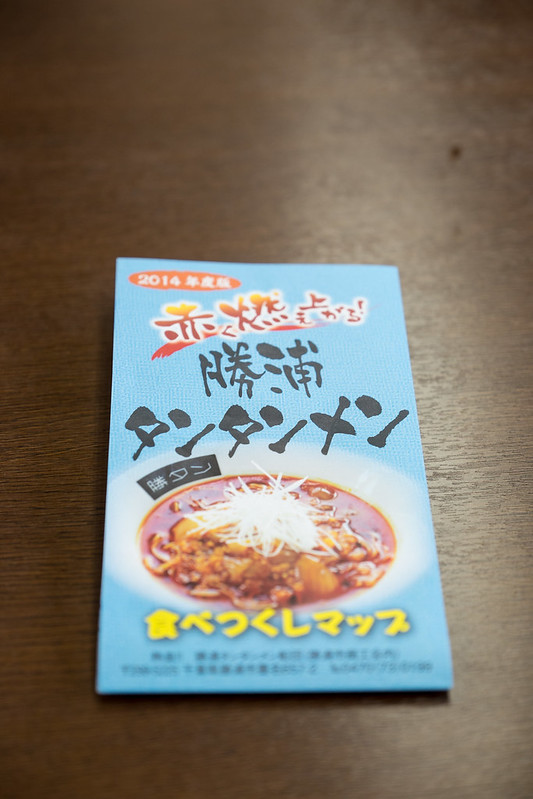 First a bit of an introduction. We rode our bikes to Katsuura, a small city in the southeast of Chiba Prefecture. Not a lot out here; just some nice beaches, a lot of farms, and an original style of ramen.

Katsuura tantanmen is in a class of its own. Not tantanmen in any sense of the Chinese relative, dandanmien. Not at all. Katsuuta tantanmen is characterized by a shoyu soup hit with a large amount of rayu spicy oil, and topped with plenty of raw diced onions. The existence of a local tantanmen map is proof that this town is serious about their local style. 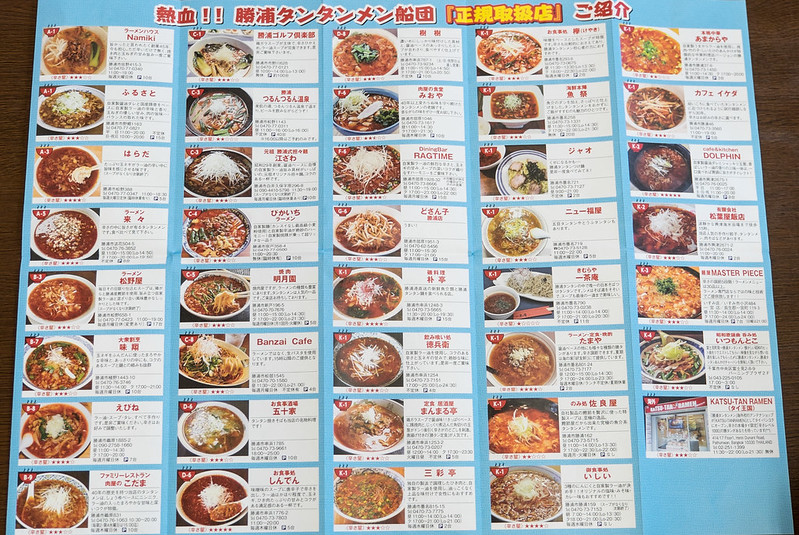 Ezawa is the ganso, or founder of Katsuura tantanmen. I’d actually gone to the original shop not once, but twice, and been rejected each time (they were closed). Since then, they have moved into this shiny new building. And though the walls are clean and modern, the soup is the same as its been since the 60s. 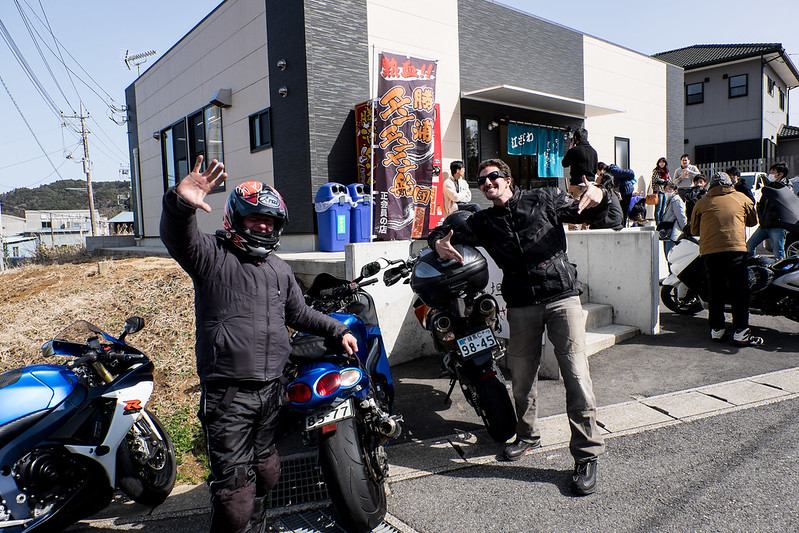 Just two of us this time, as this was very short notice for a ride. We were followed by a TV crew who was shooting for some late-night show that will air in Osaka in the near future. 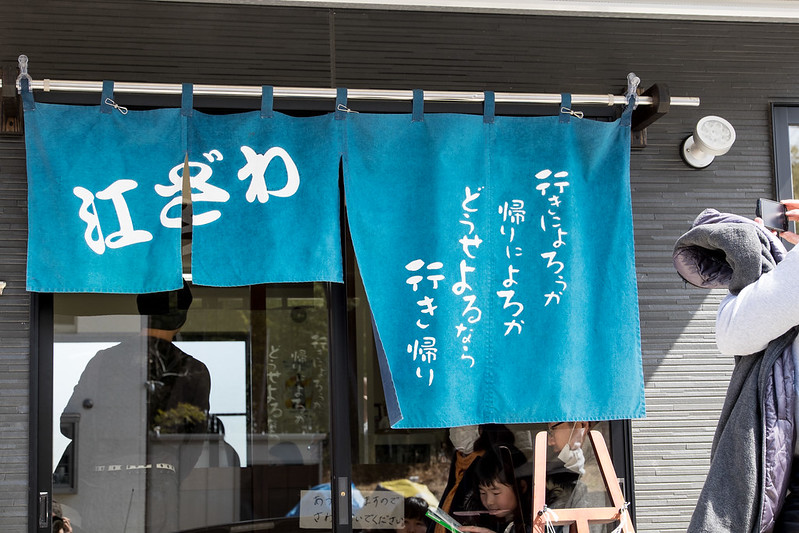 “Whether coming or going, you’ll be thinking of Ezawa.” Or something along those lines. 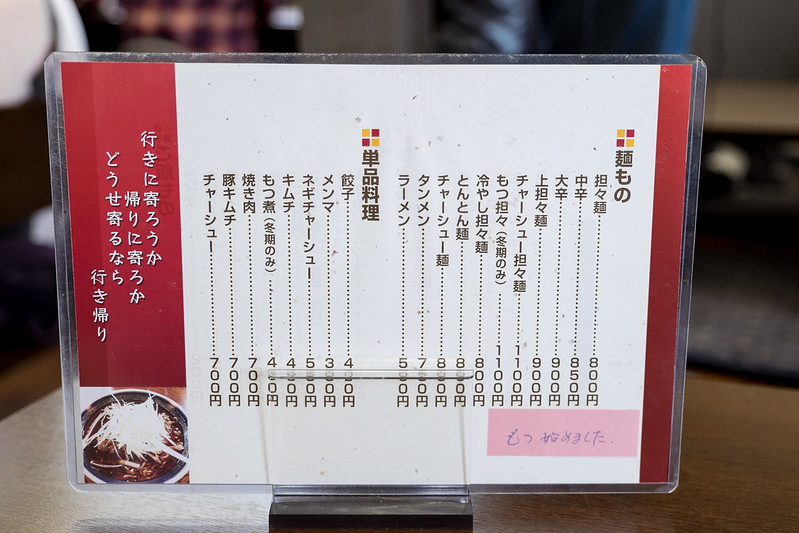 The menu is simple. Tantanmen for 800 yen seemed like the best bet. 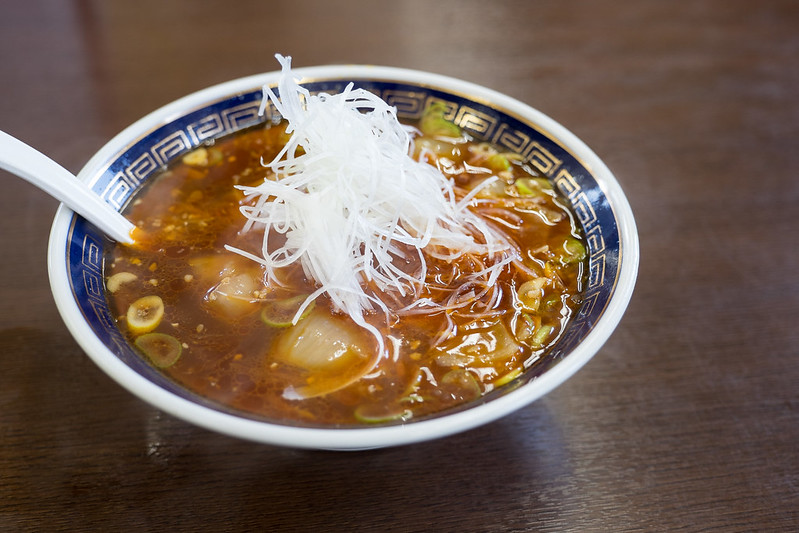 I was initially mixed on this one. I didn’t really understand how un-tantan this tantanmen was until first sip. That was definitely a negative for me, as the fiery burn of spicy Chinese noodles is one of my favorite things. I also don’t like raw onions so much. Another negative.

But then, after a minute or two passed, and the onions softened a bit, this ramen took on a deep flavor. It felt very countryside, like something they’d make in a giant pot and feed a farming family of 15. Good stuff, full of energy. The spice was a slow burn. The regular level (you can opt for medium or strong spice) seemed to be just right for someone who enjoys spiciness. 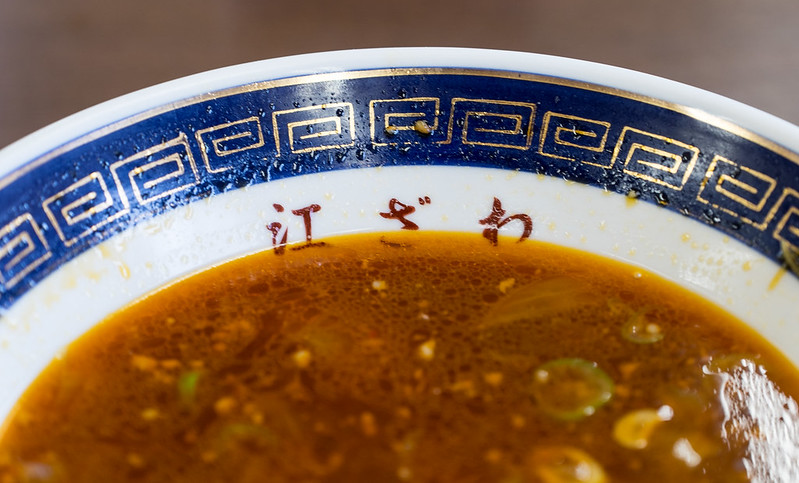 The layer of spicy oil meant I wouldn’t be finishing every drop, until I read a sign on the wall. Basically, “When you finish the bowl, you’ll have a surprise!” 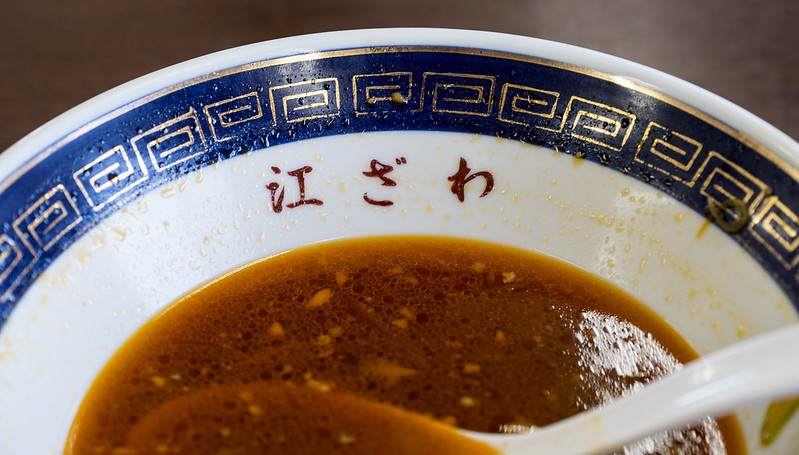 I can’t pass up a challenge!

What was the secret at the bottom? 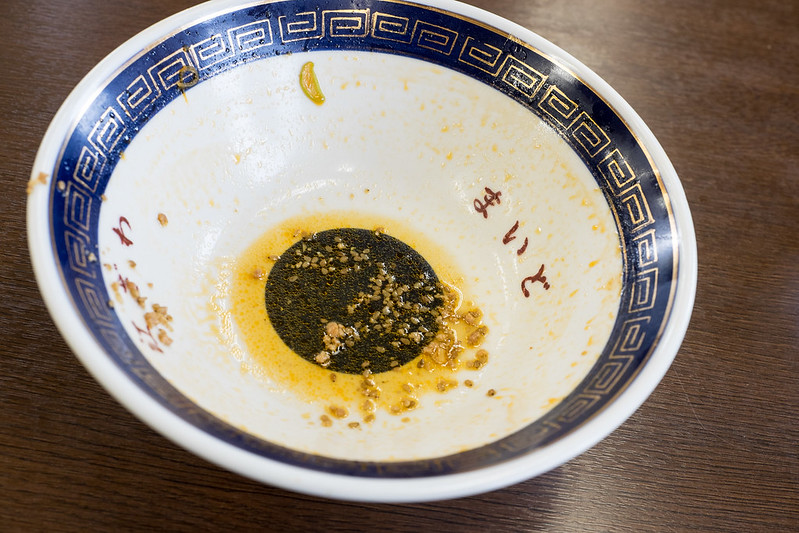 まいど. Maido is Kansai dialect for thank you. That was a brutal journey just for that.

Regardless, maido to Ezawa for sure. Though I’m still confused about the tantanmen moniker, as far as ramen goes, this one was a success. 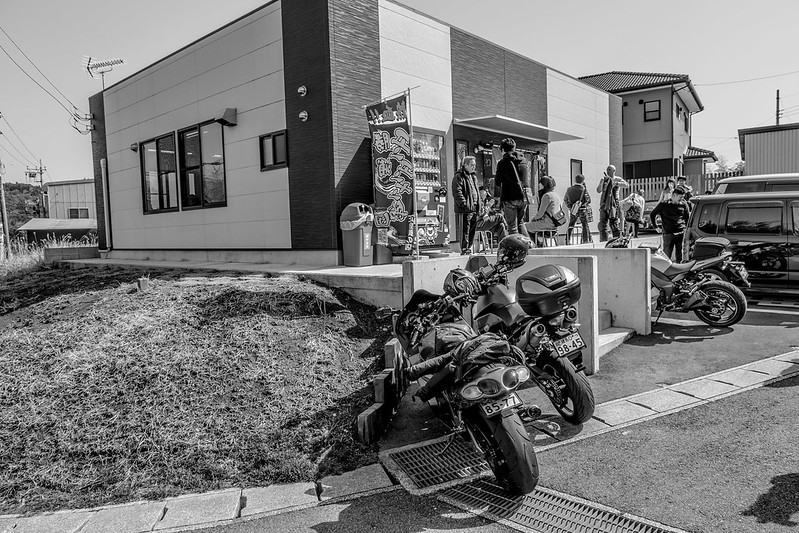 拉麺帝王 More Ramen Riders! So I mentioned that we were being filmed for a TV show. The plan was to…

bird I'll admit, I'm a sucker for gimmicky ramen. And a bowl topped with cotton candy is about as gimmicky…