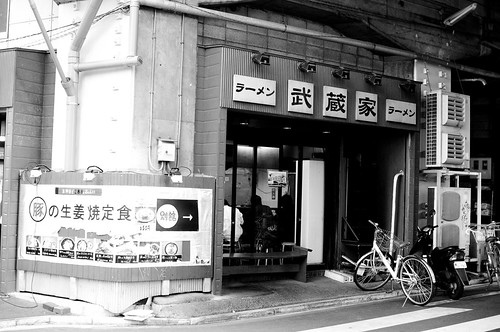 (from Kichijoji station, walk East along the tracks. It’s under the train tracks about 3 minutes walk)

Number 3 on my Tokyo X Stamp Rally Card. I’m still not totally sure what this stamp rally is all about. I’d like to think it will culminate in something wonderful, like a ramen exposition, or at least a ramen party of some kind. But most likely it will just end with me in an ugly ramen t-shirt. 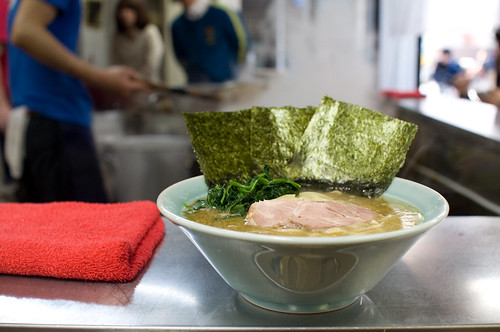 Musashiya was some fairly normal, albeit rather thick tonkotsu ramen. It wasn’t bad, it wasn’t anything special. 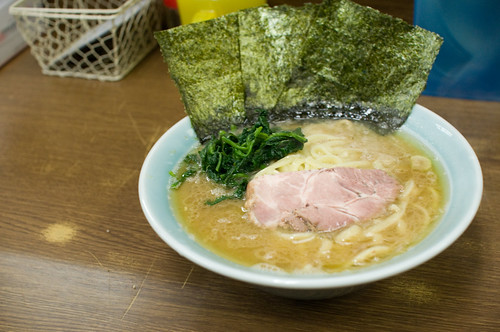 You’d think that a thick, meaty soup like this would be great for someone who was still a little drunk from a day of hanami, sitting under the cherry blossoms drinking whiskey and plum wine. But no, it didn’t sit right. Just too… oily. 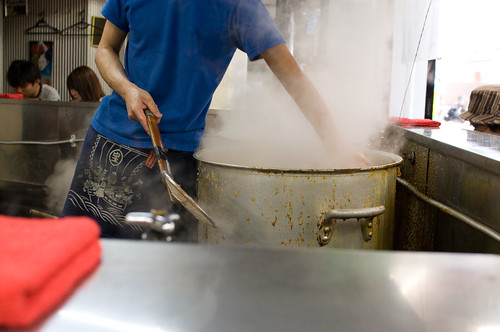 Awesome location though, under the tracks of the Chuo line. 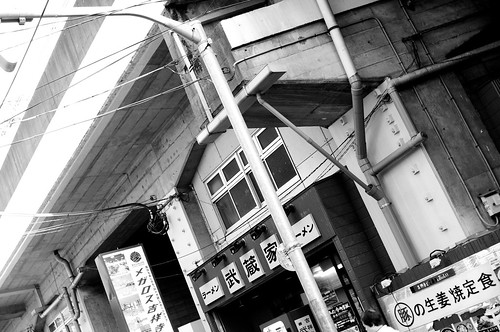 博多長浜らーめん ぼたん (from Takadanobaba station Waseda Exit, go left and walk up the road for about 4 minutes, past about…

音麺酒家 楽々 (From Kichijoji station go north to the Tokyu department store. It's in that area. The address is 吉祥寺本町2-8-9)…