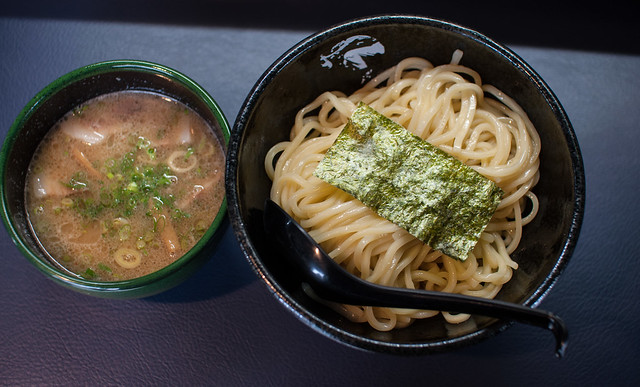 If you ever take one of Japan’s cross-country buses from Shinjuku station to wherever, you’ll probably pass by this shop. On my last trip out of town I just happened to be staring out the window and just happened to see ramen. Tokyo Mods immediately went on my ramen to-do list. 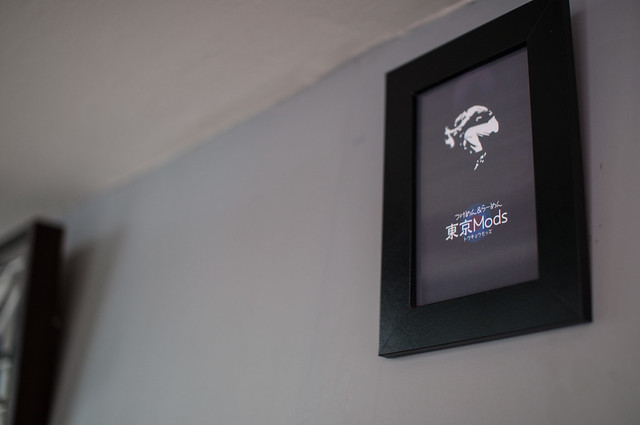 A funky spot for sure. The counter is practically on the street. A street you would expect to be filled with modified 1960s scooters. The more headlights, the better! Alas, the mod style of the Quadrophenia age is non-existent in Tokyo. You’ll have to settle for a couple British flags as decoration.

And quirky warnings. No fencing! 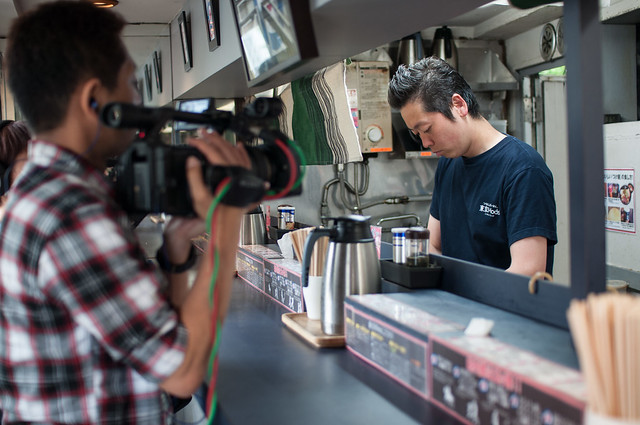 But, thankfully, filming for TV was ok. This was the second shop of the day, after being rejected by the owner of a nearby tonkotsu shop. Who wouldn’t want the free press? 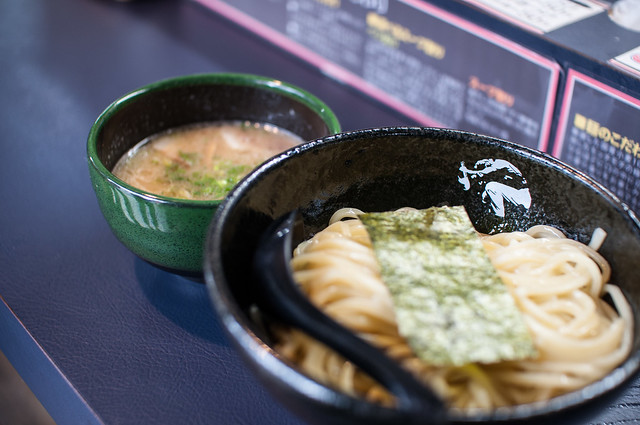 Tokyo Mods is excellent. The soup is as thick as most tsukemen shops out there (tukemen is written on their awning, but we’ll forgive the inconsistency). Mods uses an uncommon chicken-heavy soup. It immediately sets it apart from the norm. 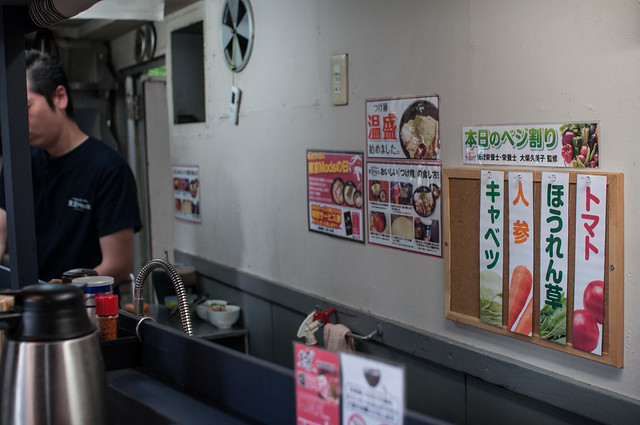 Standard practice with tsukemen is for a ladle of soup owari to be added at the end. Often a simple dashi broth, this thins the sauce-like soup into something you can drink down. Trust me, you’re going to want to savor every drop at some of these places.

Tokyo Mods, keeping with originality, provides a thick vegetable instead. Suddenly, you’ve got something like minestrone in front of you. The veggies change daily, by the way. 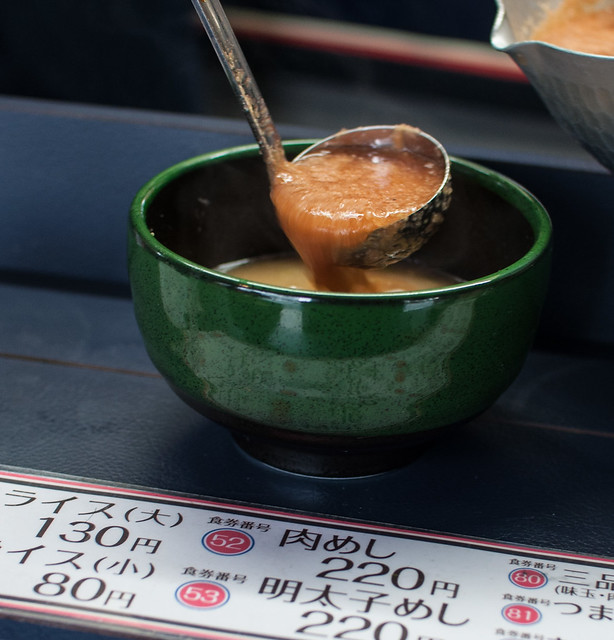 A great concept, it totally works. 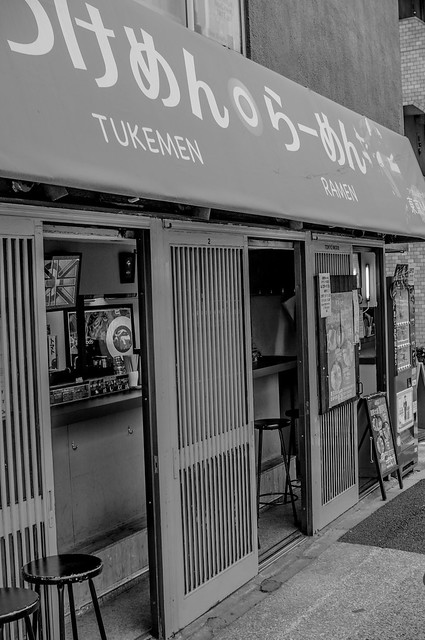 IPPUDO NOODLE EXPRESS東京ソラマチ店 Some things are done just for the check mark. The monjamen limited bowl at Tokyo Skytree Ippudo…

めん処 十二社 A few doors down from the coin laundry I use, on a side street next to the local…