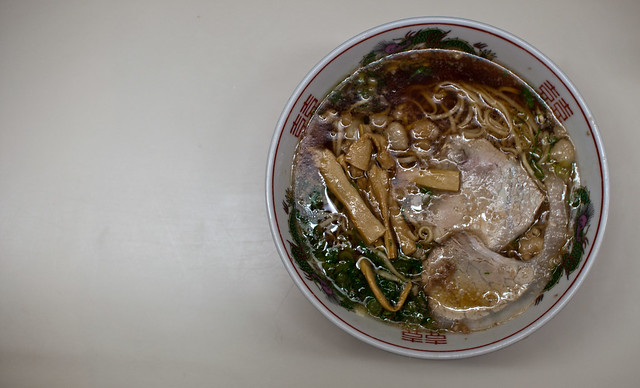 Onomichi, far out in Hiroshima Prefecture, has it’s own unique style of ramen. Such can be said of many small cities around the country, though. So what makes Onomichi a major ramen destination for noodle nuts like myself? It’s tough to say, but one answer might be convenience. Onomichi is the first stop after leaving Shikoku’s west side. And as a member of the noodle nut population, let me say that Shikoku’s ramen scene is decidedly to the east. 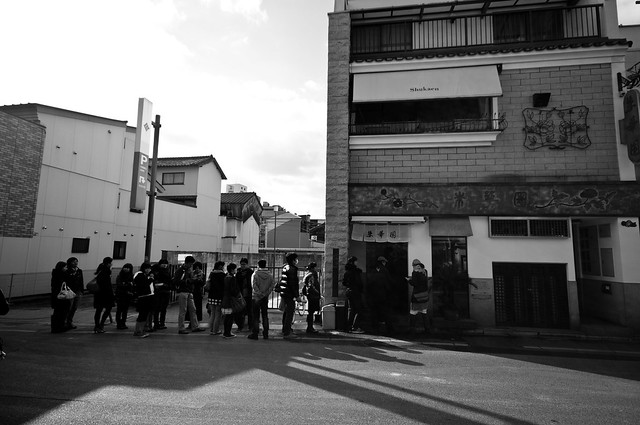 Another reason may be the fact that both the cross-country expressway and cross-country bullet train make stops.
And to throw a 3rd reason in (do you need more reasons to eat ramen?), the town is delightful. A temple-covered mountain offers views of the Seto Inland Sea to die for. 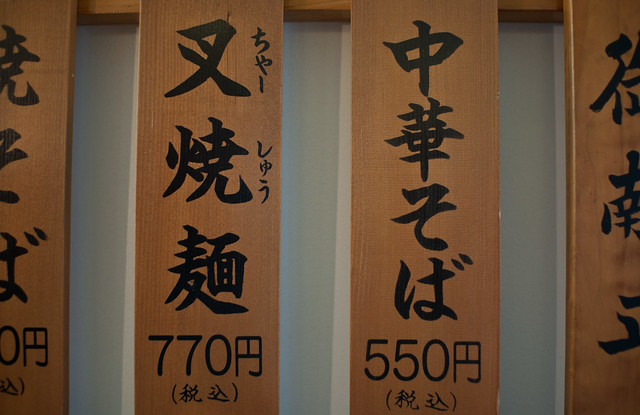 Onomichi ramen is defined by flat, homemade noodles in a hot shoyu broth. I said hot, take that as a warning. When your bowl of ramen isn’t letting off steam, it means to eat slowly. A layer of hot oil doesn’t steam up like water.
The other feature is the addition of silky fat chunks. Seabura is one of those things that sounds awful on paper, but is an ingredient to be cherished. 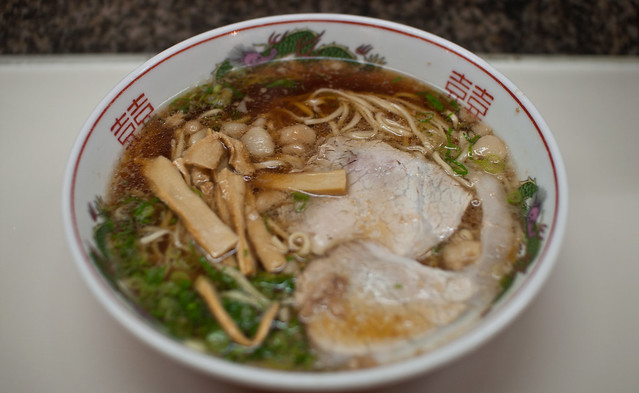 Shukaen is by far the most famous shop in town. And, from what I gathered from speaking with strangers on the street, the truest to Onomochi style. The flat noodles. The seabura. Yes, the seabura here is substantial. You can easily pick up a piece with the smallest of chopstick ability. 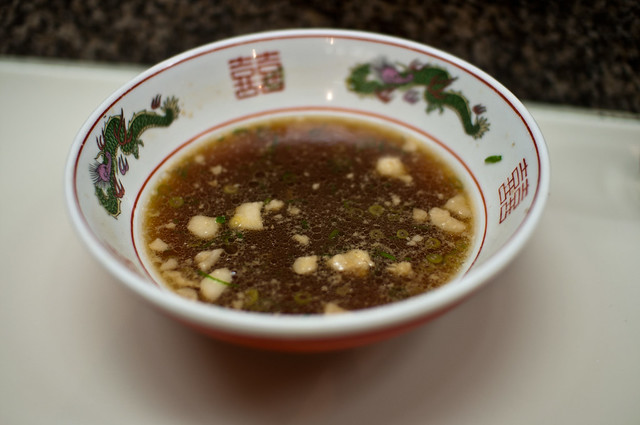 Be prepared to wait. I arrived 15 minutes before the shop opened, and there were a good 2 dozen people waiting. When I left, and hour or so later, that number had tripled.
View Larger Map

つたふじ With limited time in Onomichi, I needed to make it count. That means more ramen. A popular online listing…

麺や 天鳳 中野坂上店 I had a few minutes to kill while my laundry did its thing. Local tantanmen shop Tenho…