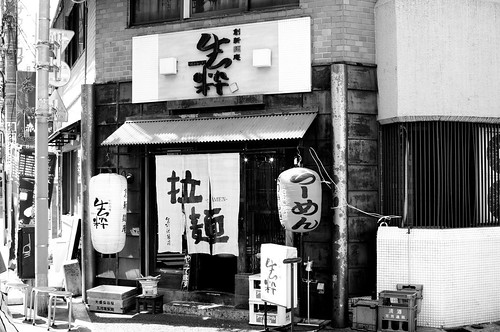 Our adventure today started with a meeting of the usual suspects and an unnamed third who may be named in the future. Hey Nate… on the facing page! Inside jokes aside, we needed an Ikebukuro ramen shop, and we needed it stat!

Soshinmenan Kissui translates to something like “Original New Noodle Retreat Natural”. There must be a better explanation. But on the kanji heavy banner outside, my eyes instantly went to the roman letters. 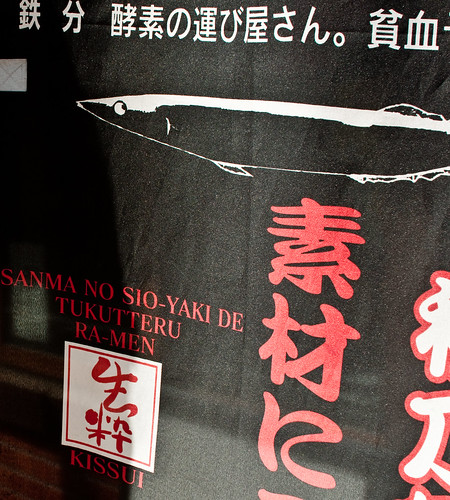 Sanma no shio-yaki. Sanma is a type of fish, and it is good. It’s often grilled with salt, served alongside a glass of cold beer, and eaten in it’s entirety. If you come to Japan, order sanma at any Japanese bar that serves drinks and food. What does it look like?

Another piece of advice, don’t leave fish on the doorstep of your shop, buy some plastic models like Kissui did. 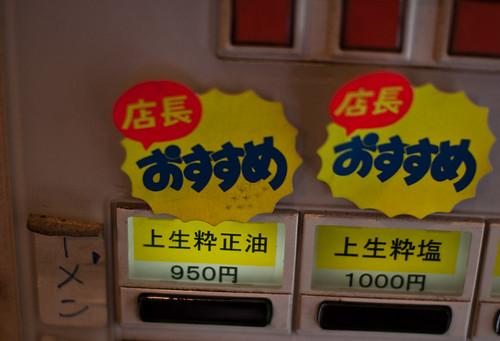 I went with the shop recommended shoyu. Shoyu ramen made with a lot of fish is nothing new, so I was expecting something a bit on the normal side. 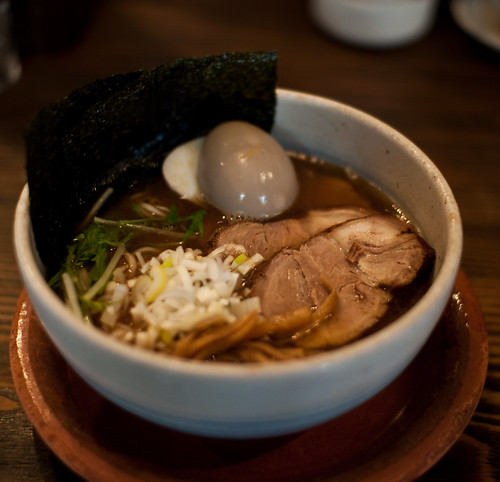 What came was something amazing. 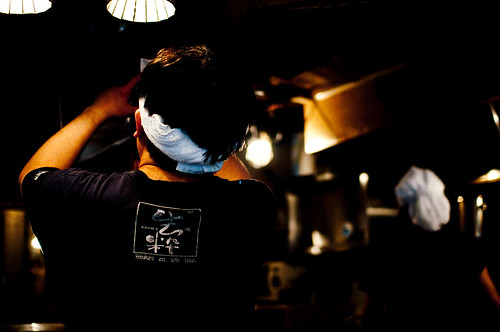 Most ramen has a faint whiff of the sea, an undertone of fishy things. But this was like nothing I’ve ever had. It smelled like a roasted sanma. Not just a little, a lot. 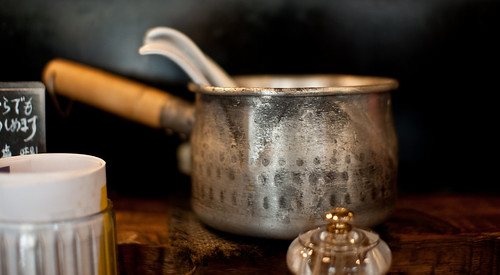 As with many strong smells, the taste isn’t so powerful. It’s light and refreshing. And the noodles hold almost zero flavor from the soup. Luckily the noodles are great. 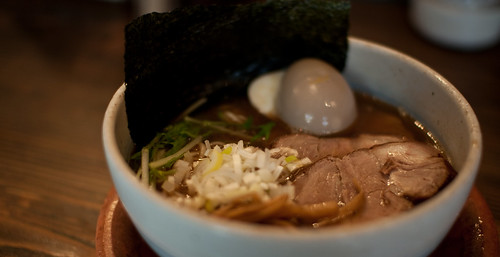 It should be noted that the egg is flavored with wine, but I didn’t really taste it over the smell of sanma. 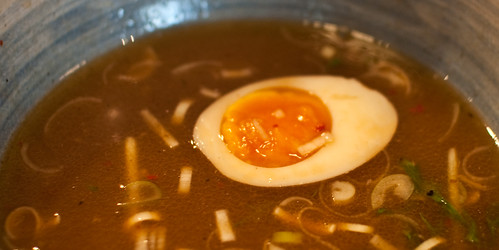 I have a feeling I’ll be back here. Not often, but this is ramen that I might crave every once in a while. Check it out for a totally different taste.

覆麺デスマッチ Having thoroughly enjoyed Fukumen a few weeks ago, I decided to head back for their monthly special noodle experiment.…