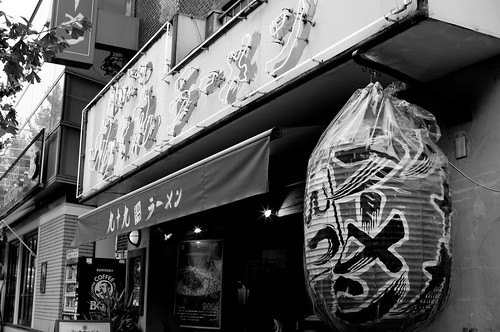 We talked about taking a nice long adventure into the countryside (if you can call Saitama the countryside). But Keizo from goramen.com and I both had long nights, and decided to take it easy on the traveling. Instead of an hour north, we met in Ebisu. 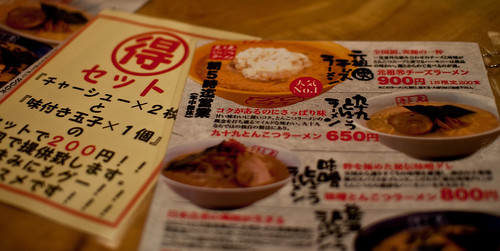 Tsukumo has been on the radar for a while now. The number one menu item is a cheese miso ramen. But unlike other places that just pile some cheese on top, Tsukumo blends it into the already rich soup…. and they pile it on top! They use what they call トムチーズ, which is some kind of sharp cheeese. 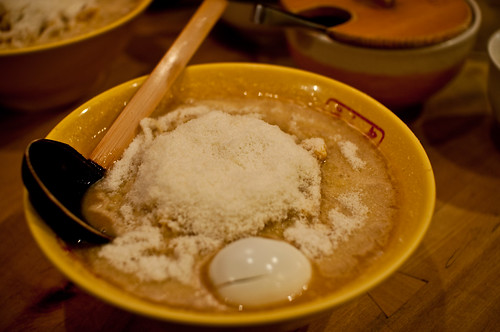 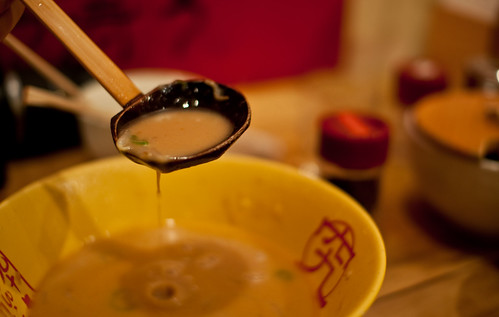 Tsukumo provides you with a ton of free toppings. Adding a bit of spice was a good choice. 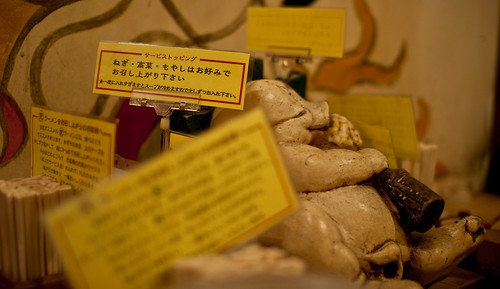 Once I sat down they gave me the English menu. I usually frown upon that, but this menu is so covered in Engrish that I’ll overlook it this time. 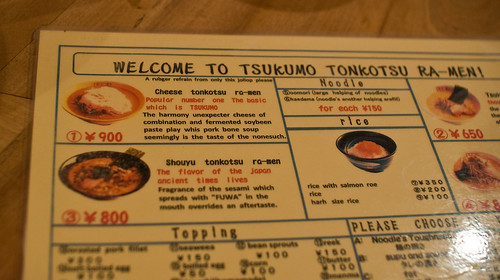 On the back is a Korean menu. Any Korean speakers out there want to comment on their translation? 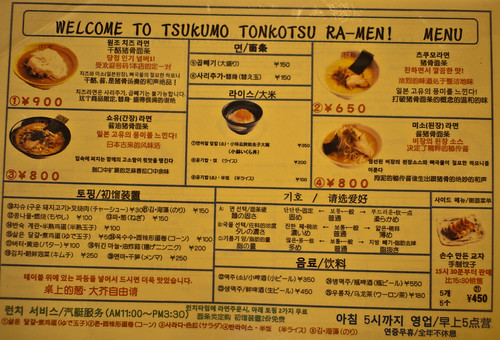 They have lunch time deals for those out during the daylight hours. The ramen came with your choice of free rice, nori seaweed, or egg. This 200 yen set looks nice, but I didn’t feel the need. 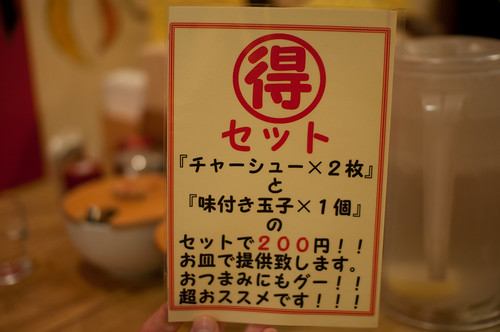 This one had to be slurped down to the last drop. It was a little strong though, and my stomach had a little bit of a battle an hour later. But I’m happy to say that the body prevailed. 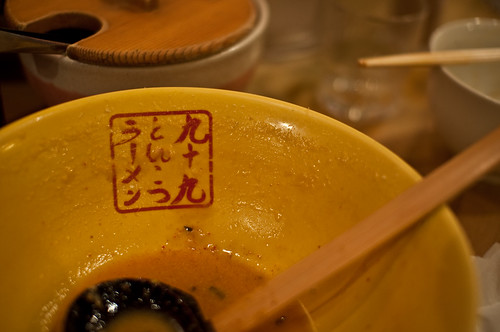 Also, there is a cool seat outside. Enjoy the weather and people watching if you get the chance. 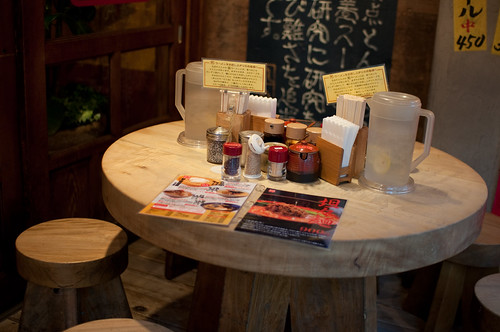 ふぁーめん Riding Japan's amazing bullet train out of Tokyo is always a fun (and expensive) adventure. This time the destination…