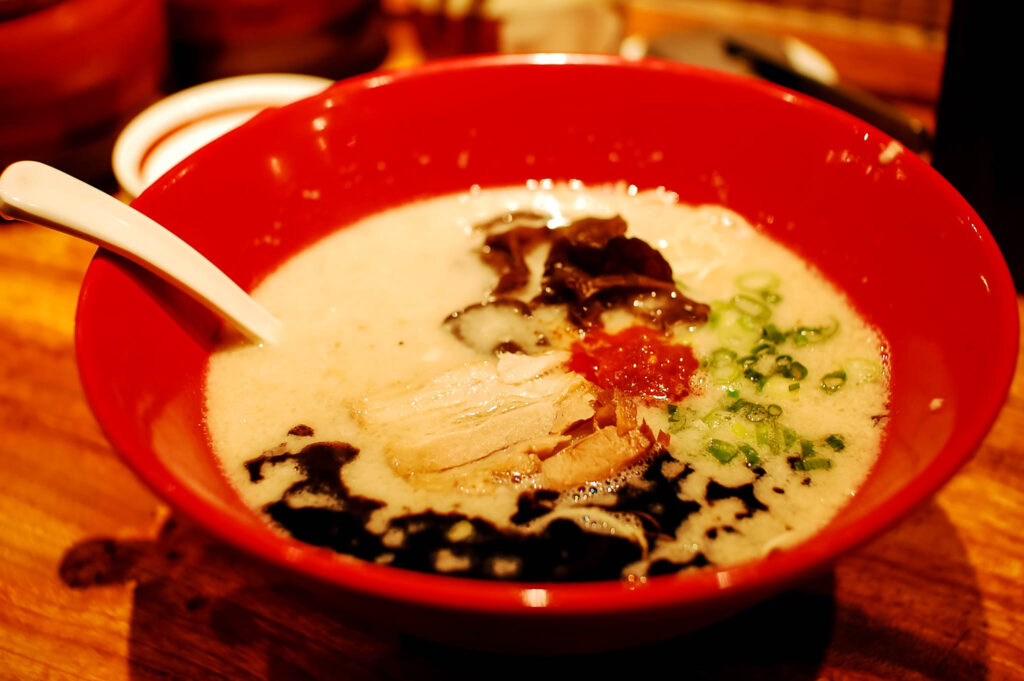 Straight from the streets of New York comes Ippudo. What’s that? It was here in Japan long before? Oh. 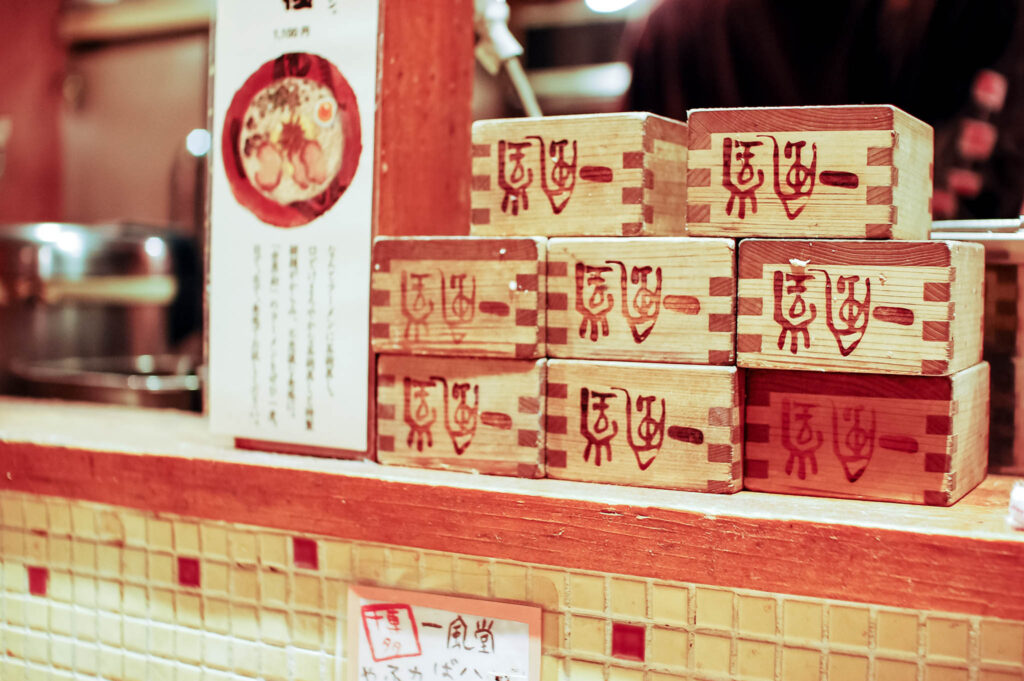 You see, Ippudo took the New York scene by storm, becoming a very trendy spot in one of the trendiest cities in the world. I hear it’s good stuff, loyal to the shops out here in Japan. I’m all for ramen expansion across the globe. I only knew instant noodle ramen when I lived in California. To someone who doesn’t understand, it’s like comparing Spaghetti-Os with homemade family recipe spaghetti at a little shop in Napoli. 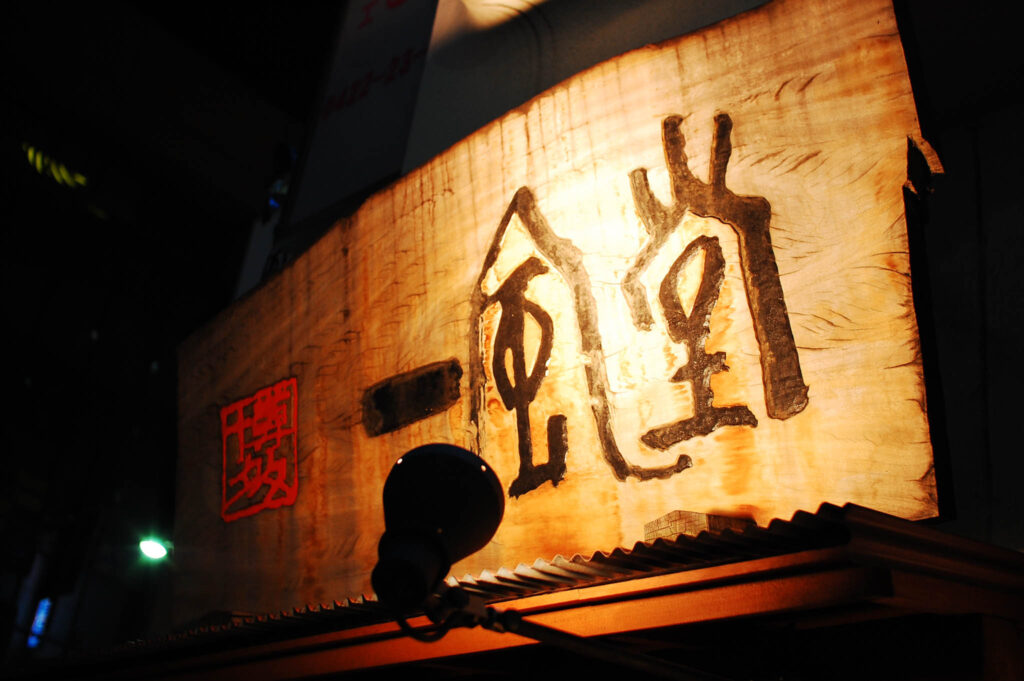 The menu is simple. You can get the traditional shiro motoaji (白丸元味) Hakata style ramen, or the modern akamaru shinaji (赤丸新味) style, which adds garlic oil and a stronger soup. There are a few other things on the menu, I hear the gyoza is good. Also, there are “Hakata Buns” which use the same pork from ramen in a bun with some toppings. They looked good too. Future prospects.

Ippudo should be on every first-timers list. It a great intro to the creamy smooth soup that comes out of Hakata in Kyushu. Ichiran is another choice for this style, but I don’t like the solitary seating style at that one. Ippudo is a much more social type place. The one in Kichijoji is downstairs, open very late, and comfortable to hang out in with friends. 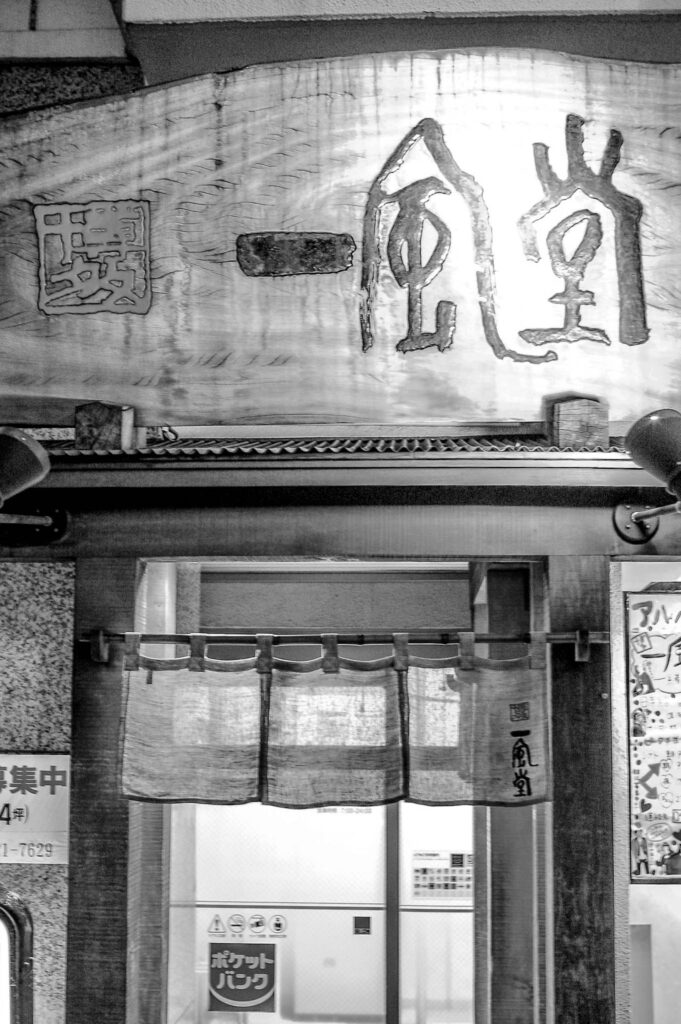 博楽軒 Just outside the station that I use is a little ramen shop. It's never crowded, and I'm never hungry…

汐留ラーメン Actually, I went here almost a year ago. This was before I started my ramen hunting adventures. It was…