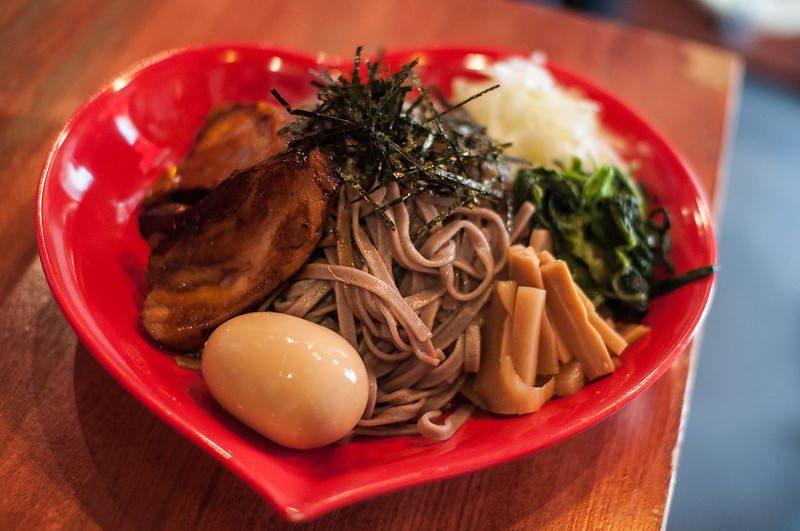 Who put soba in my tsukemen? Who put tsukemen in my soba? 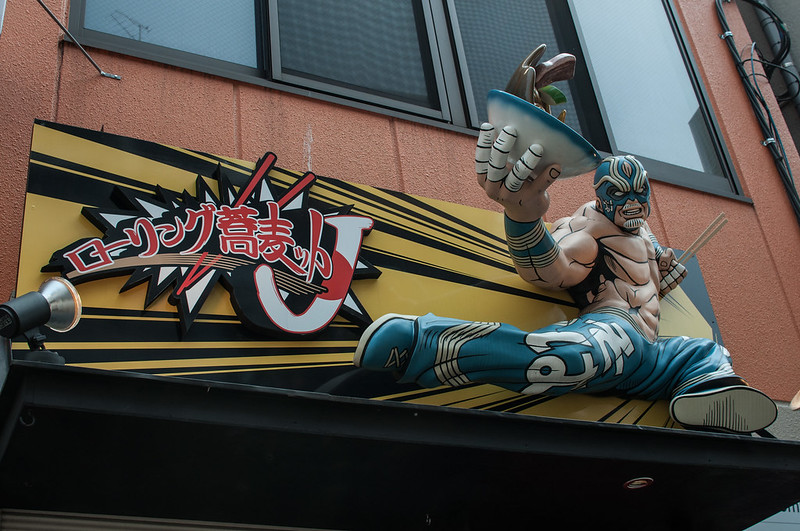 Rolling Sobat makes very little sense, both culinary and visually, but we like that. The atmosphere is inspired by the long history of pro wrestling in Japan. Masked fighters battling in their own signature style. The Rolling Sobat is an actual move; a jumping, spinning back kick meant to send an opponent to the floor. 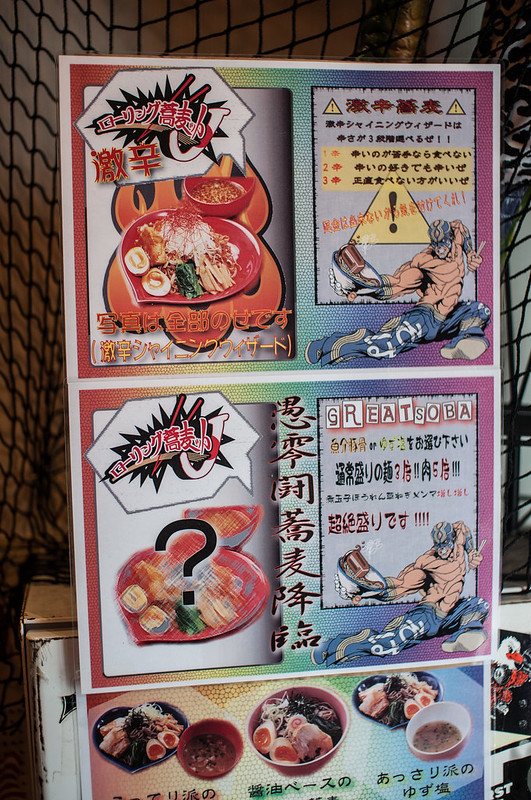 You see what they did? The move is written as ローリングソバット (roringu sobatto). Substitute 蕎麦, the kanji for the noodles, and you have a fun little play on words. 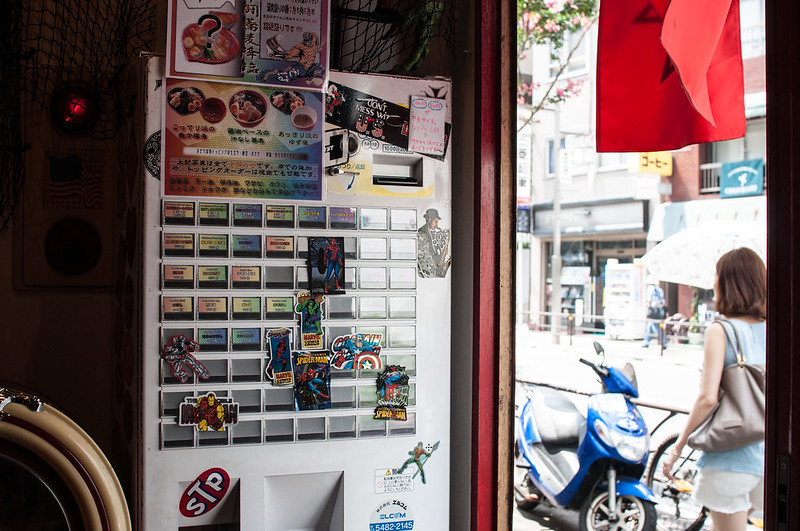 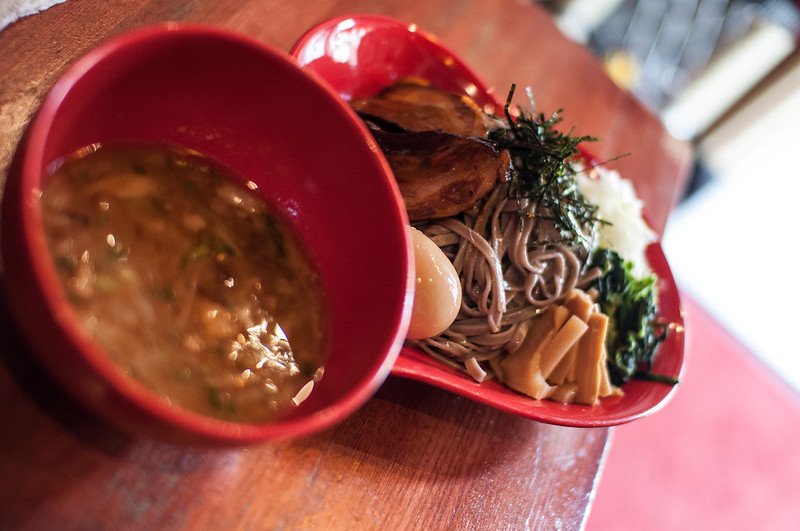 Soba has a long history in Japan, predating ramen by centuries. The buckwheat noodles are served almost exclusively with a simple dashi; a broth made from konbu kelp and dried bonito fish flakes. Topping are minimal, though mountain vegetables or maybe some tempura are commonly seen as additions. 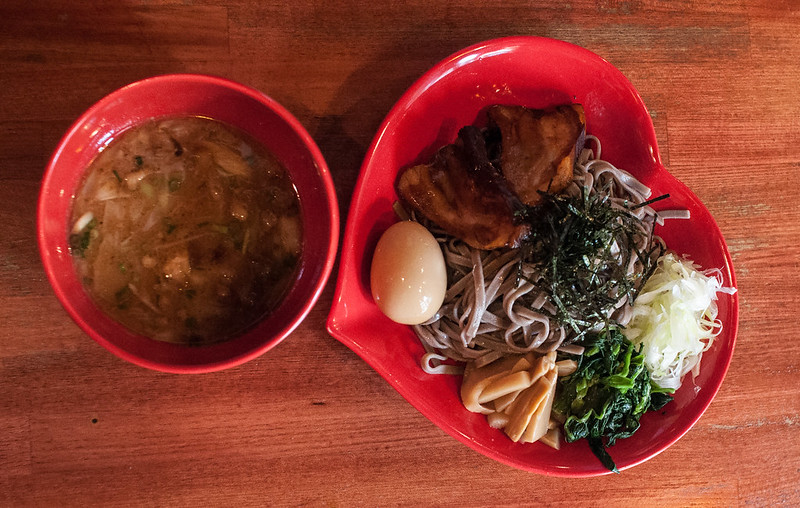 Rolling Sobat, on the other hand, makes a meaty pork broth. Everything about this bowl screams Tokyo tsukemen; everything but the noodles. And it works. You miss out on the bite, that chewy texture that you can only get from wheat noodles made with kansui alkaline water. 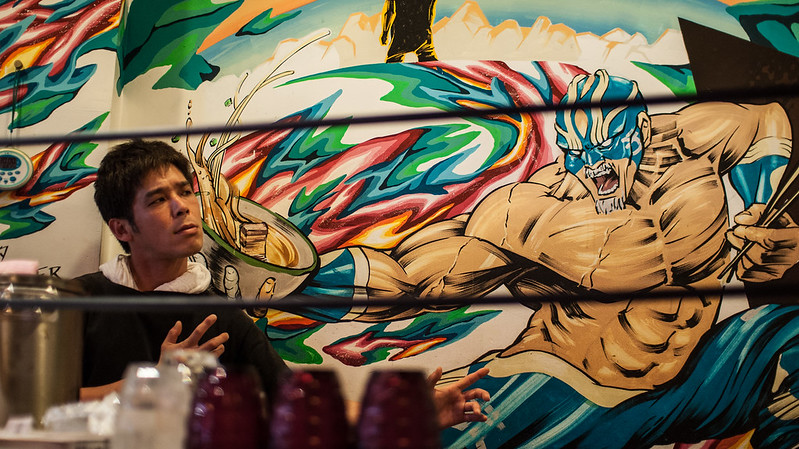 Conveniently located in Shibuya (across from one of the best Japanese micro-brew bars Goodbeer Faucets). Definitely check this one out when you are in the mood for something a little different. 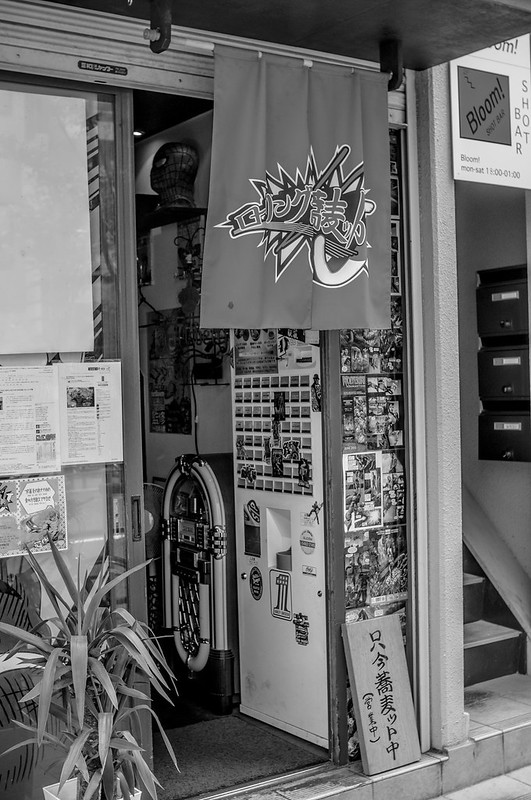 So, this happened. (gruesome photo of my broken leg redacted) The ramen adventure here is overshadowed, eclipsed more like it,…