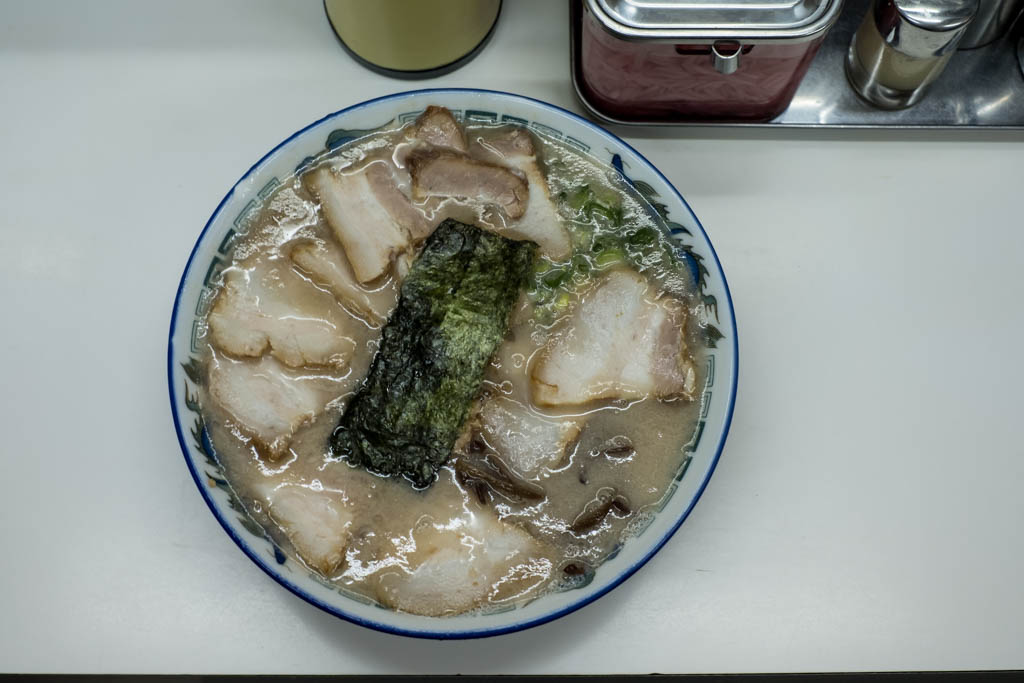 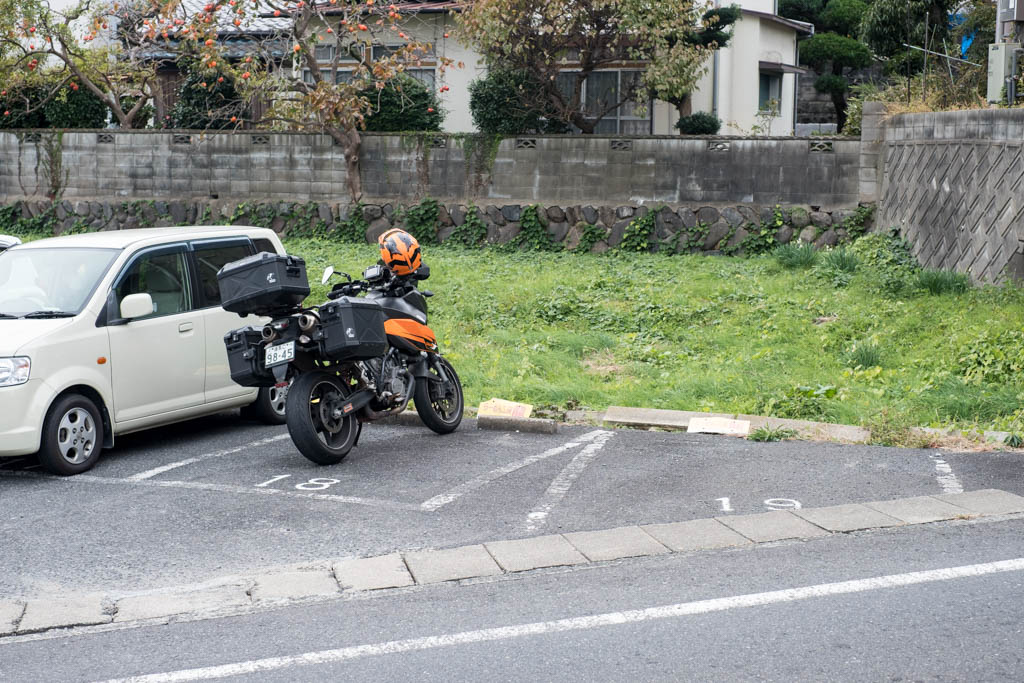 Ryu was number 49 out of 50  on a best-of list I’ve been working on for years. The problem with Ryu was the location. Sure, I am lucky enough to work in Fukuoka or Kokura a couple times a year, but this shop precisely halfway between the two cities requires slow local trains to get there. 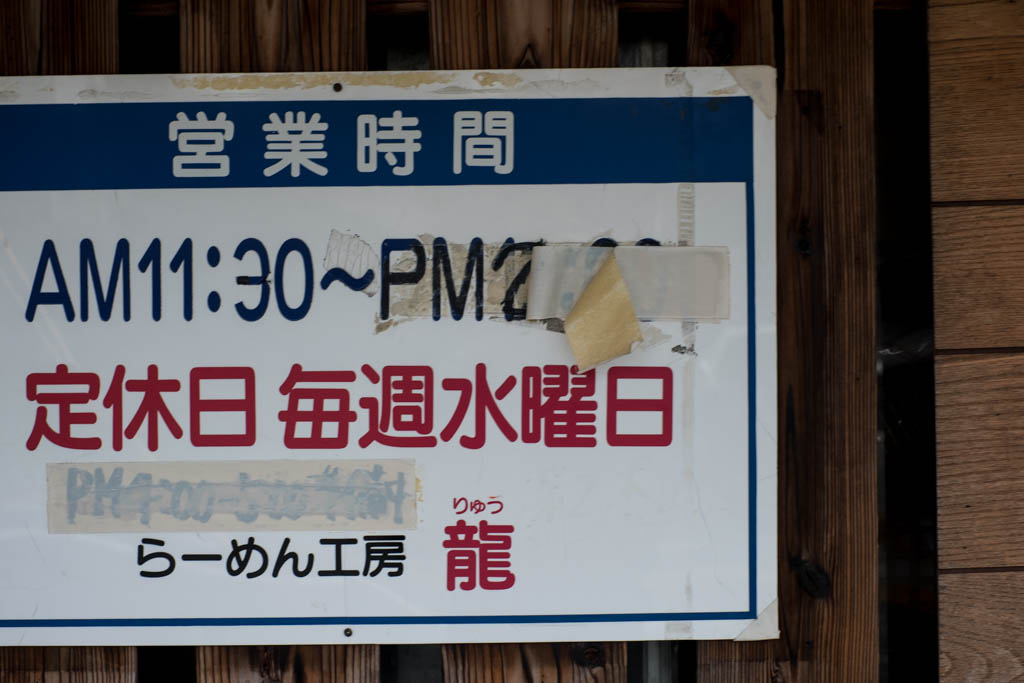 They also do that thing that so many famous shops do. Ryu opens at a normal time and closes whenever they run out of the soup. I was smart enough to call ahead a few times for the rejection in 2017 and 2018. At the beginning of my 2019 Kyushu road trip, I stopped here first thing upon arriving to Japan’s southern main island; Ryu isn’t such a tough drive from the bridge connecting Honshu and Kyushu. Of course, they were shuttered. Nearly two weeks later I returned on a route that was very much out of my way. Success! 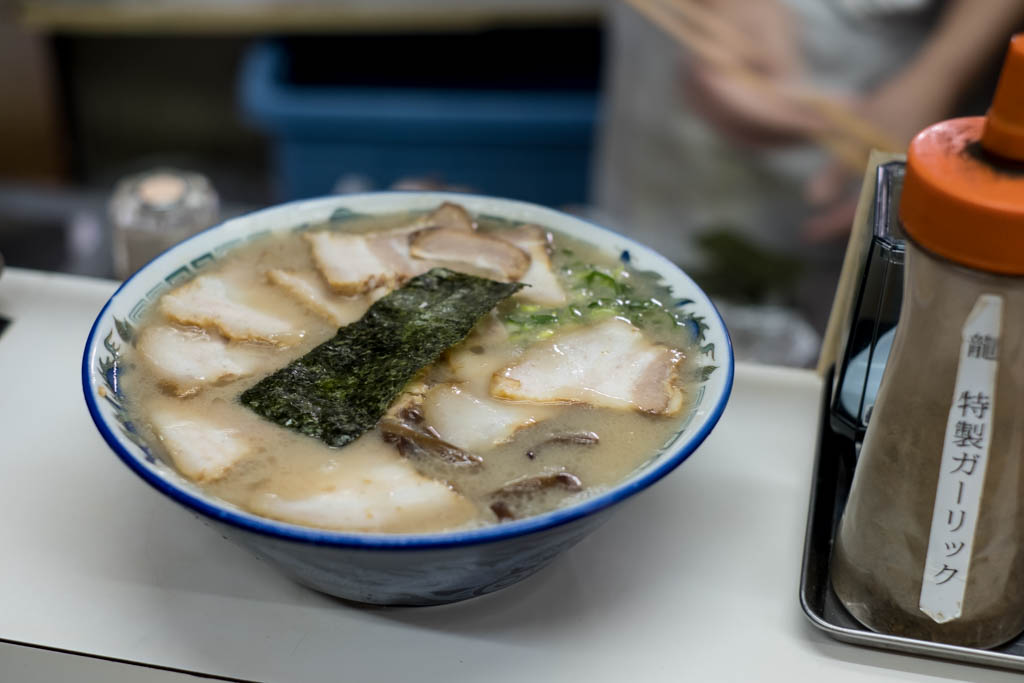 This one is the pinnacle of tonkotsu ramen. Smooth and meaty. The shop doesn’t stink but has a faint whiff of porky funk. Chashu on point. No nonsense, just top-level tonkotsu ramen in an old building in a part of the country you wouldn’t come to otherwise. 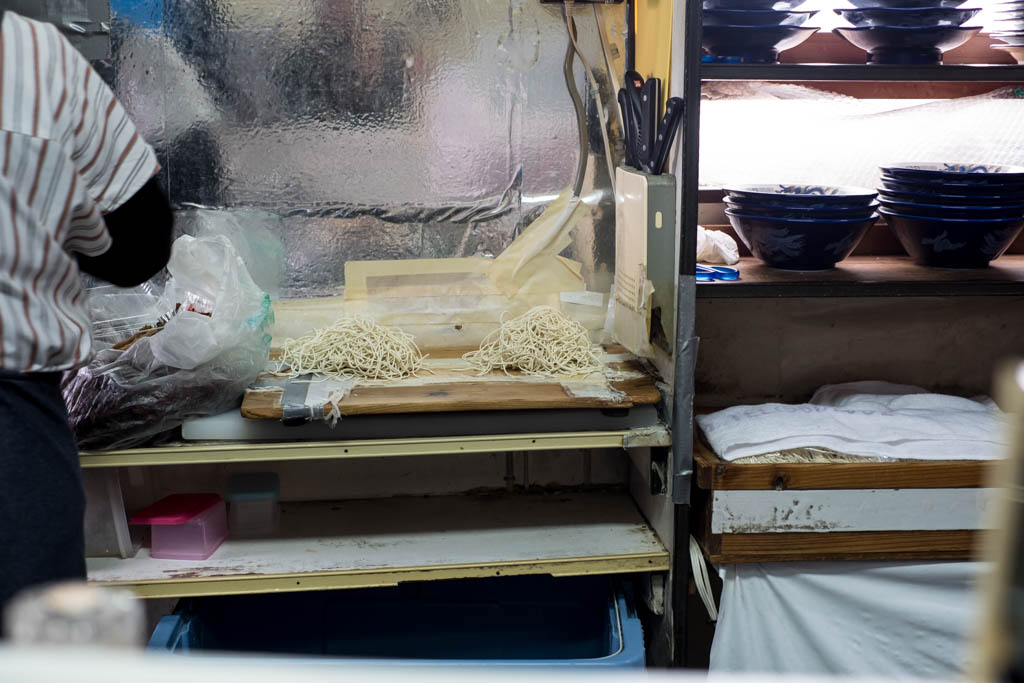 Along with the ramen, Ryu offers fried rice (called yakimeshi), gyoza, and onigiri rice balls, a staple for many Kita Kyushu ramen shops. 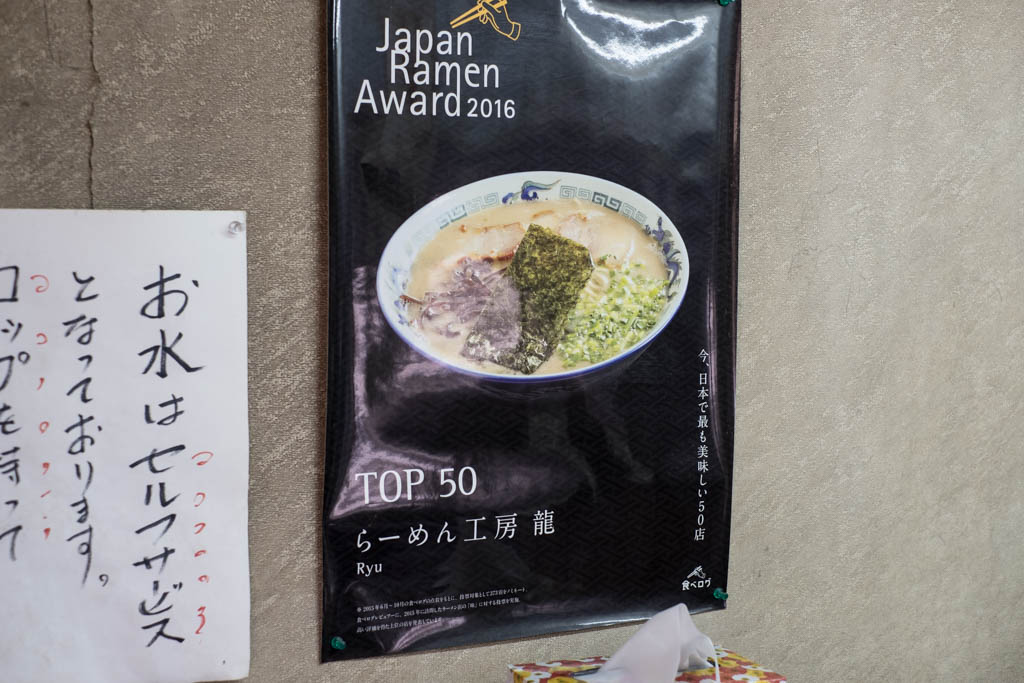 The coveted 2015 Top 50 award. Before 2015, Tabelog simply gave shops a Best Ramen award. After 2015 they introduced the 百名店, with 300 ramen shops making the ranking. I think 50 is the perfect number. 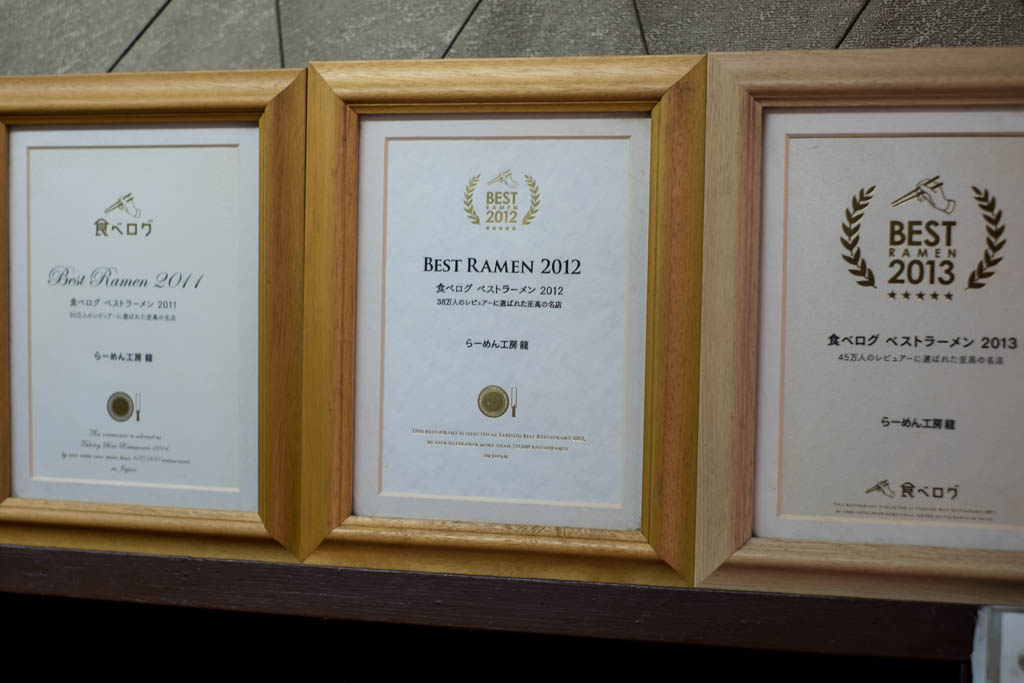 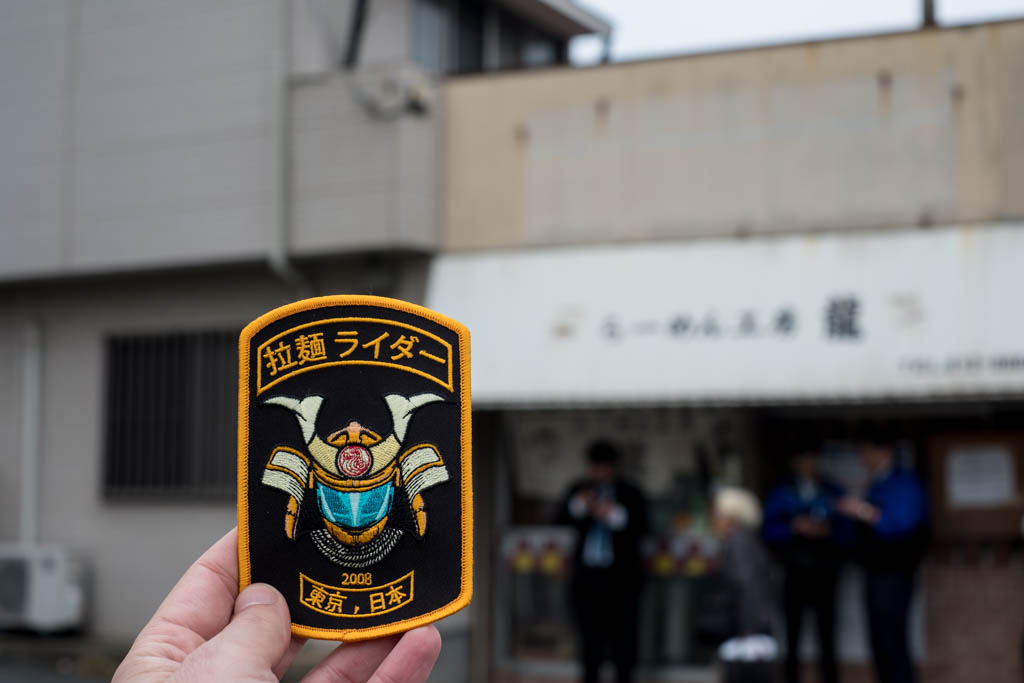 For me, this is the best of creamy tonkotsu I’ve had in Japan. Maybe not worth the effort it takes, as Fukuoka City has some fantastic shops within walking distance of the station, but you do you. If you can drive, disregard that last statement and take a short trip out here. 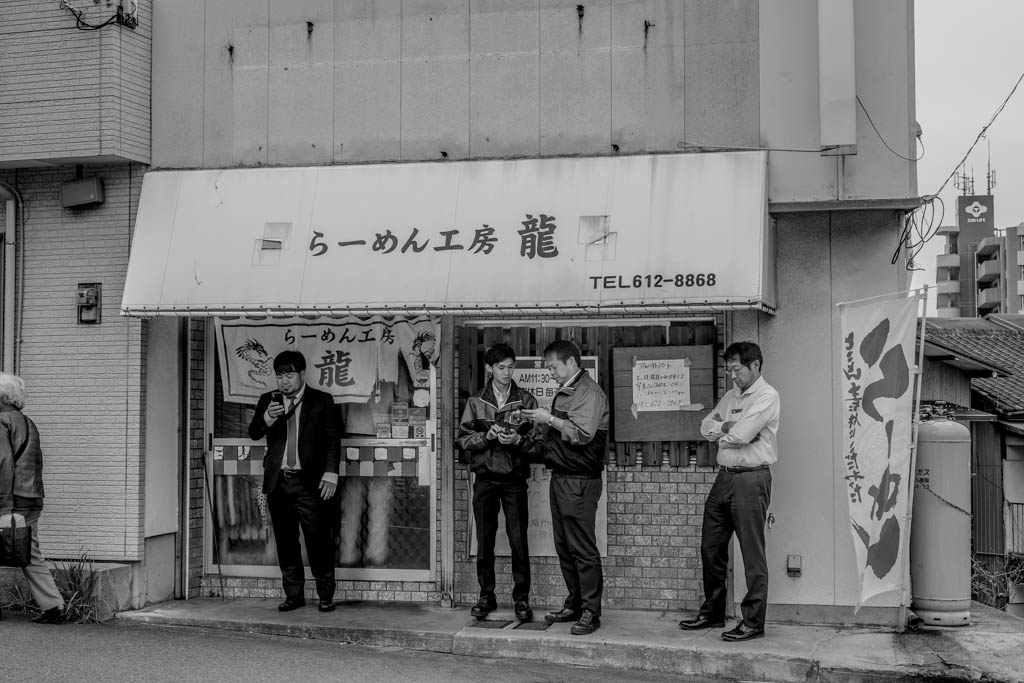 南京ラーメン 黒門 And like that, my quest was over. Back in 2015, Japan's most well-respected restaurant information site put out…

里山の麺処と和布あそびあら木 Araki (short for Satoyama no Mendokoro to Wakame Asobi Araki) is up on the northern border of Kagoshima Prefecture.…