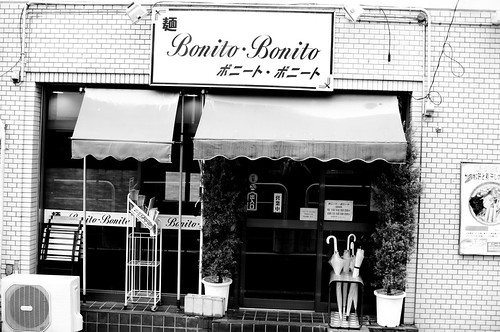 Vegetarian ramen does exist, but the one or two times I’ve come across it has been a complete failure. Climbing the meat-acceptance ladder usually brings us to the pescetarian. Although rare, ramen with only fish does exist. Until now, the only one worth mentioning was Ivan Plus. Enter Bonito Bonito*. 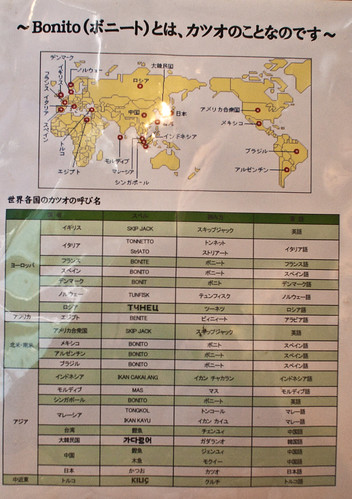 Bonito around the world. Also known as katsuo in Japan. I almost never hear the English used word, skipjack tuna. It looks like the origin is Italian. The more you know. 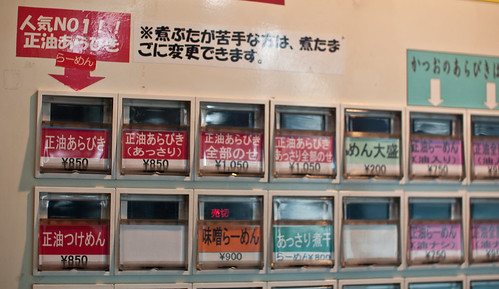 The menu has a few items, though everything revolves around the shops arabiki blend, a fish powder made from katsuo and niboshi. 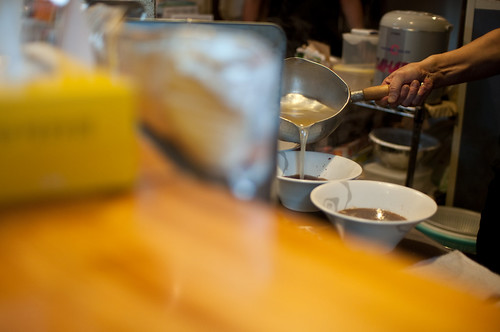 The sardine and skipjack powder is blended with a simple stock and shoyu. Before coming in, I expected the soup would be in the udon style. Thin and clear. 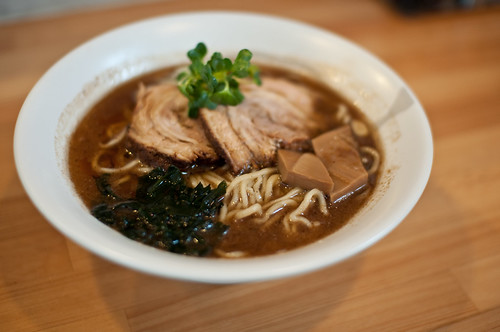 The rough blend ended up being thick and cloudy. Bits of fish flakes coat every noodle. Continuing the rough theme, Bonito Bonito uses thick chunks of menma from Kyushu, though I wouldn’t call them that. More like takenoko. It’s great stuff. 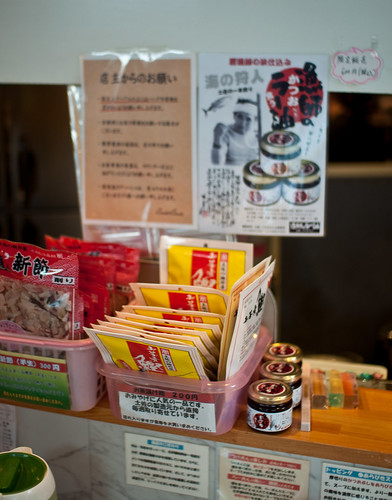 If you didn’t get enough katsuo, pick up some products on the way out. 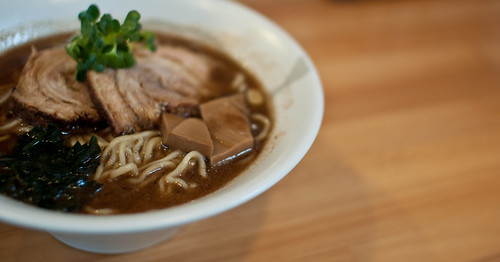 *I can’t guarantee the ingredients anywhere on this site. To be honest, many Japanese people I’ve met don’t seem to understand the concept of vegetarian or pescetarian. The absence of visible meat chunks is often enough for some people to consider a meal meatless. And it could be that one of the vegetable ingredients was roasted in chicken oil or lard.

蝦夷らーめん 北の大地 Sorry for the lack of new reviews of late. Somehow, February filled up with work faster than a…

麺処 ほん田 Honda is highly ranked, with a score over 90 on the Supleks ramen database. That's not a sure-fire…