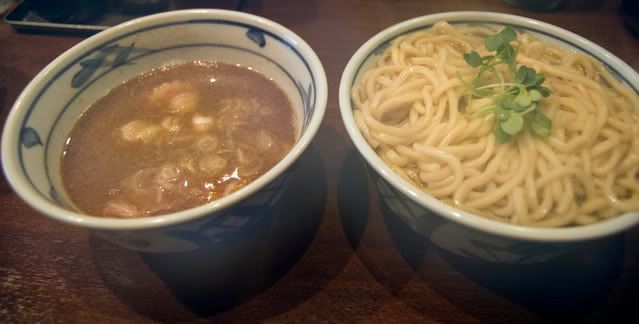 哲 translates to philosophy. I couldn’t think of a better word to describe this place. This is some thought provoking stuff! Let me get deep on your ass, Plato style!

Imagine a cave. In this cave there is a group of native English speakers. Some Americans, a couple Brits, an Aussie or two, and Canadian. They are all chained into chairs, and are not allowed to get up. There is a kitchen in another part of the cave, but they can’t see it, hear it, or smell it. They are served food from this kitchen. This food consists of noodles that have been dried, then re-hydrated with hot water. This soup is then seasoned with dried bullion and some dried vegetables. They spend their entire lives thinking that this is ramen.

One day, I was freed. You see, I was one of those prisoners, living my life without having been enlightened. I am compelled to speak the truth! I have eaten philosopher’s ramen!

Here is a robot: 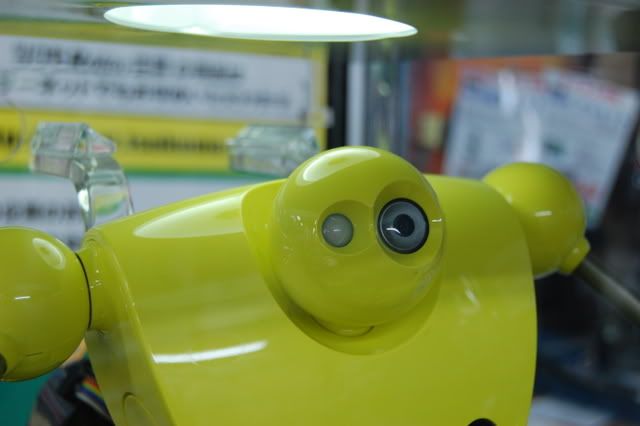 The specialty here is tsukemen, which is just separate noodles and soup. The noodles are cold, so this is a good warm weather food. It was freezing when I went to Philosopher’s Ramen. What to do? Get atsumori. This is still sepearte noodles, but the noodles are served hot. But here, they had a third choice, tsukeatsu. We had to see what that was. And thus began the most complicated ramen eating I’d been to. 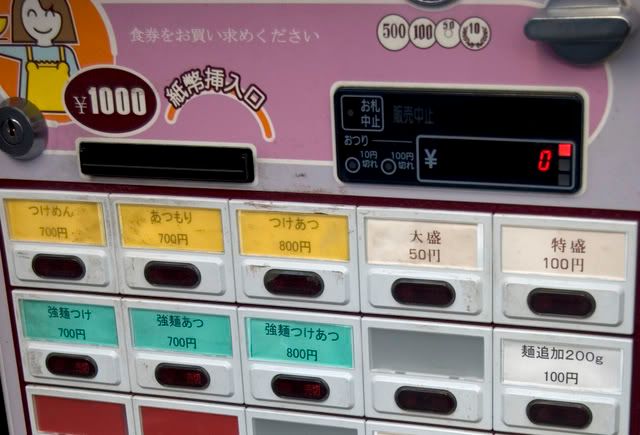 Step 1. We were frozen from waiting outside for an hour, so first the hot noodles. Pick some up with the chopsticks, dip em in the soup, and eat. You can throw a big pile in the soup and mix it up to get more to stick to the noodles. The soup here is way strong, more like a sauce. Ill get to that later.

Step 2. The soup’s a little luke warm now. Only one way to heat up a bowl of soup… put a red hot iron stone into it! Yeah, the master will give you a metal rock to throw in your broth. 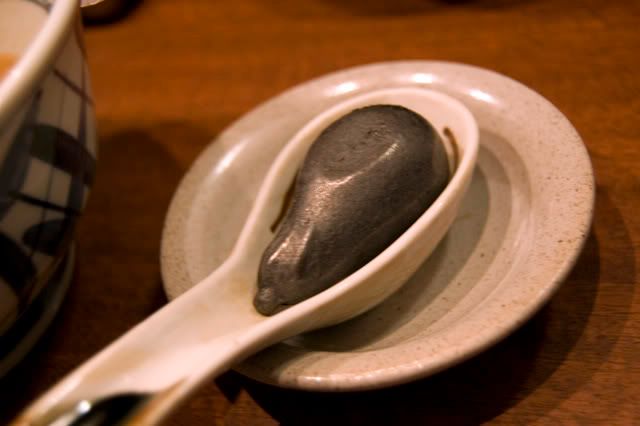 Step 3. Now that the soup is bubbling hot, dip the cold noodles for an interesting hot and cold combo. 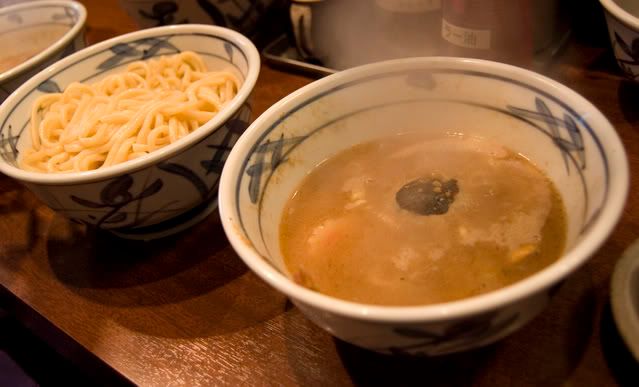 Step 4. Noodles done, and you’re left with this thick, tasty sauce. But it’s way to thick to just drink. Do not attempt to take this one to the dome. Grab the pitcher on the counter, it’s full of hot fish broth! Dilute the soup and drink it.

Step 5. Spit out the red hot rock you just accidentally swallowed. Better yet, take the necessary precautions to avoid step 5.