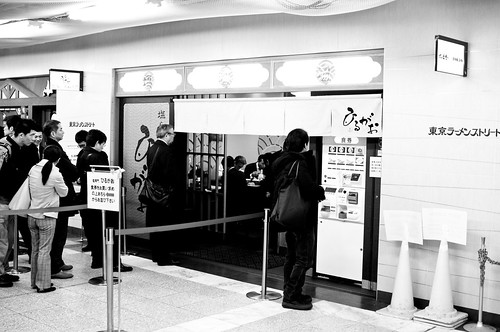 The next stop on the Tokyo Ramen Street adventure took Daniel (howtojaponese.com) and I to Hirugao. This is part of the Setagaya group of ramen shops, which I actually know very little about. I know the recent “meh” bowl at Zero was a Setagaya production. And I know that second to Ippudo in New York is a Setagaya place. They know it too, since the description of this shop in Tokyo Station is “The place made by the guys who were in some New York magazine’s best of list”. 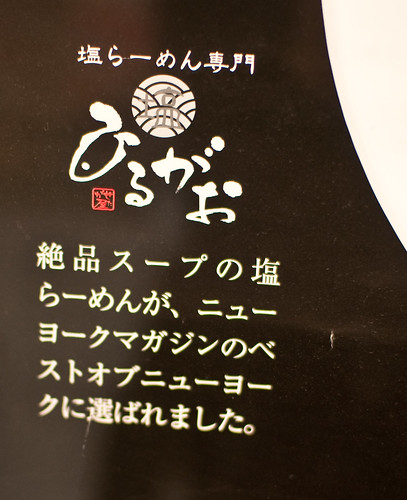 Regardless of relative fame, our goal to make video reviews of all the shops on Tokyo Station’s Ramen Street must go on. 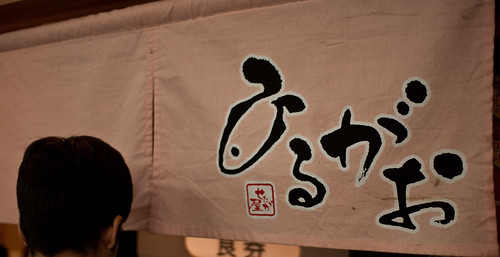 This time is all about shio, salt. 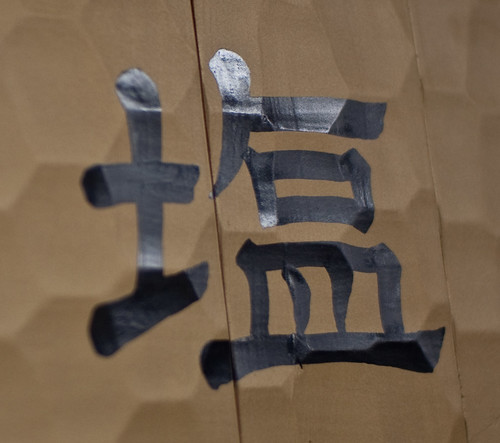 Shio ramen is often muted in taste. I could easily say that it was my least sought after style, until I had the stellar bowls at Ivan and Ganko. Now I’ll give it a shot. So let’s give it a shot. 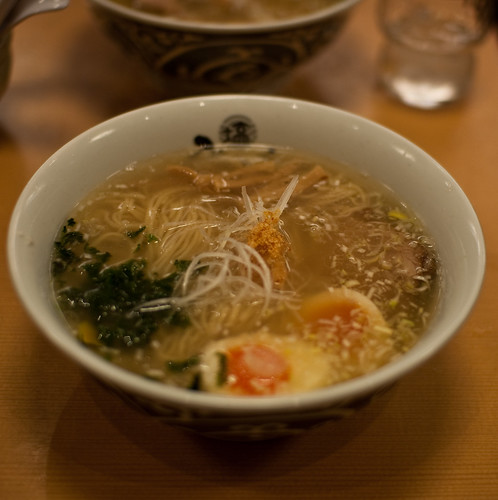 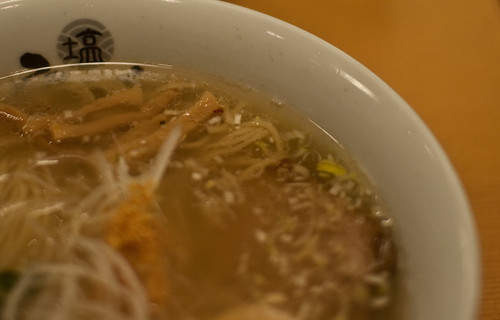 I don’t want to give a strike two against the Setagaya group, but this bowl was just normal. Delicious, of course, but normal.

I like the addition of a single, translucent shrimp atop the egg. If one tasty shrimp had been a mound of tasty shrimp, I might upgrade my opinion. 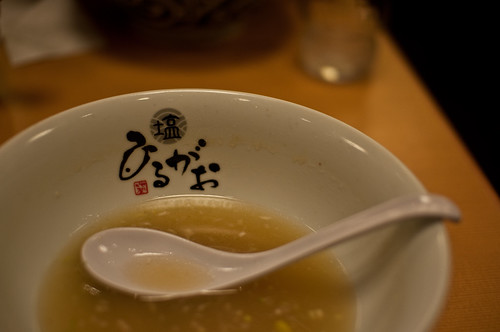 Don’t get me wrong though, this bowl was good. Being Tokyo Station, it’s good to keep your options open. If you’re about to catch the 5 hour bullet train to Hiroshima, a bowl at Rokurinsha would be good to, well, put you into a food coma sleep.

But if you are running late for an important business meeting, a light bowl at Hirugao is the way to go.

麺屋吉左右 Only open for lunch, closed 2 days a week, lines reaching close to triple digit minute waits, and a…