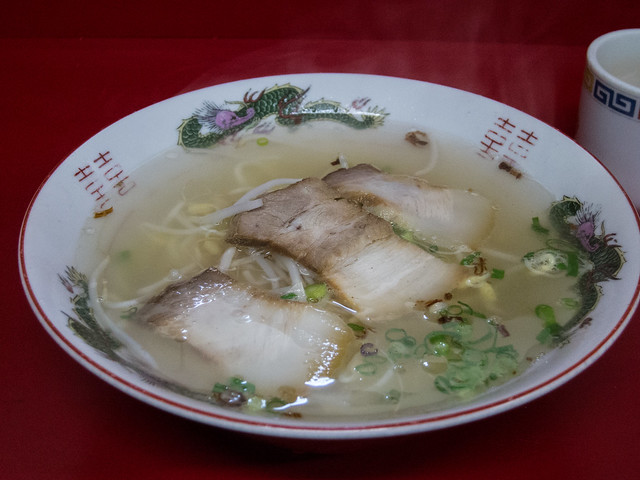 The last road trip of the season (my other job is as a children’s event performer) was to the southern tip of Kyushu; Kagoshima.

Kagoshima is well known for it’s Berkshire Pork, kurobuta. I really recommend checking out one of the many kurobuta shabushabu shops in town. 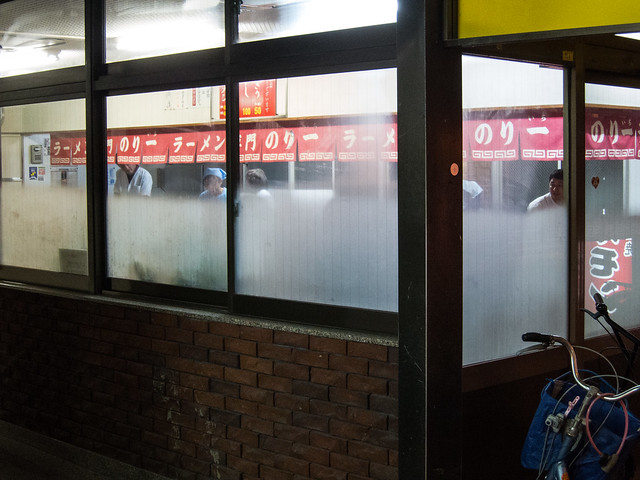 Kagoshima’s other famous product is imoshochu, a potent liquor made from potatoes. After a bottle of the stuff, I went ramen hunting. 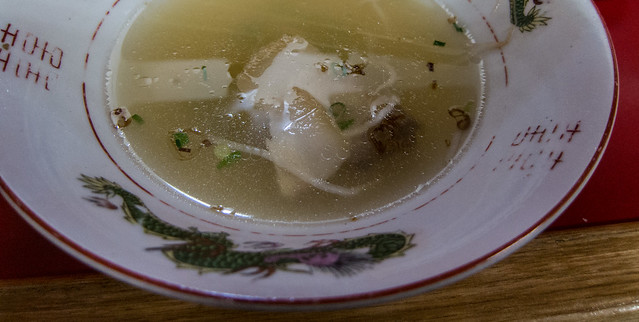 This was a boring bowl. The soup had a slight onion kick, but was otherwise just hot liquid. The pork was barely edible. The noodles were alright.

At just 400 yen, I could see why there was a crowd at 1am. This is post-drinking food, and I was in the drinkiest part of town.

So if that were the case, stumbling-home-drunk-and-hungry food, then I guess this one works. 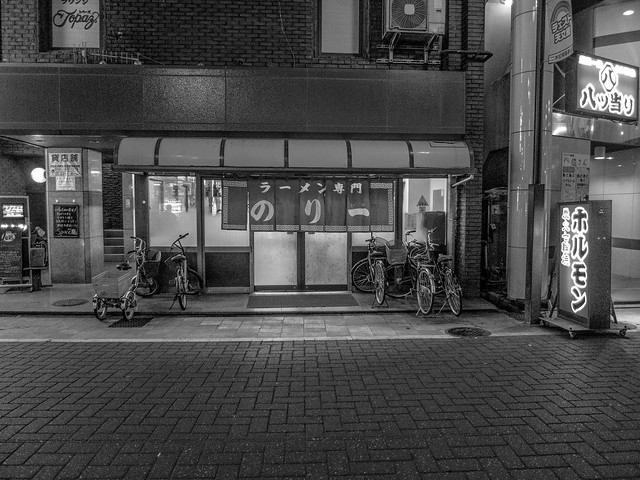 鹿児島ラーメン豚とろ Tontoro was recommended by the nice fellow at Kagoshima's red light district 7-11. He sang their praises  The pork was, apparently, amazing. Like most ramen…

四麺燈 The first thing I noticed was the smell. There are two kinds of ramen-shop smells that I don't mind.…