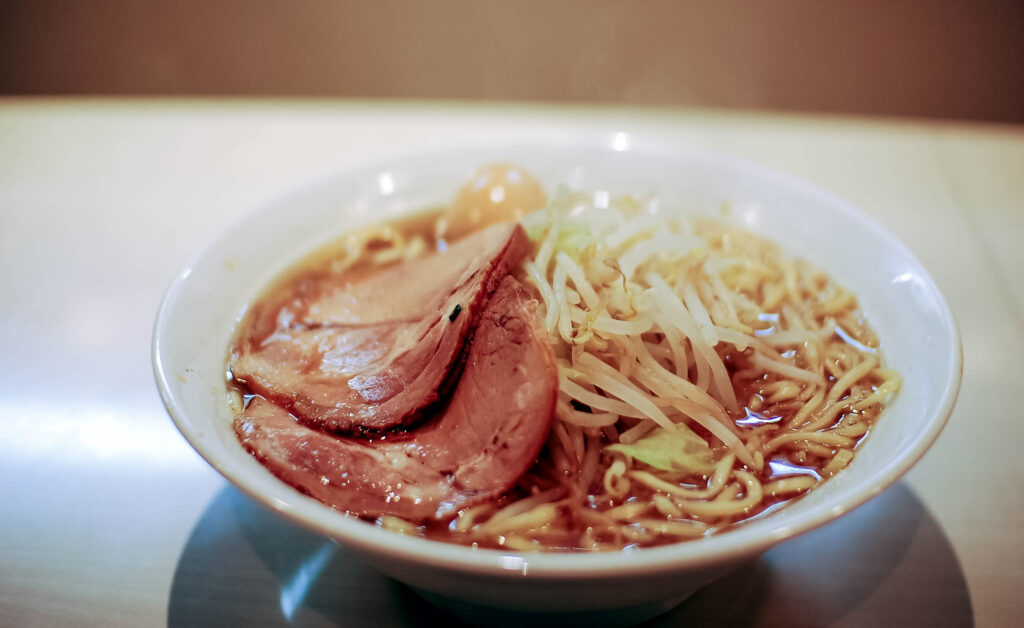 A standard しょゆう (soy sauce) bowl of ramen at Nyami. There was a medium amount of あぶら (suspended fat globules) in the soup. あぶら sounds really bad in theory, but it’s great. Little rice grain sized bits of pork fat. You don’t feel them, they just blend in with the soup. Toppings were standard fare. Bean sprouts, about 2 tiny pieces of cabbage, pork and an egg. Sounds like Ramen Jiro. I made the mistake of ordering 大盛り, the large serving, which came with 400g of noodles instead of 200g. 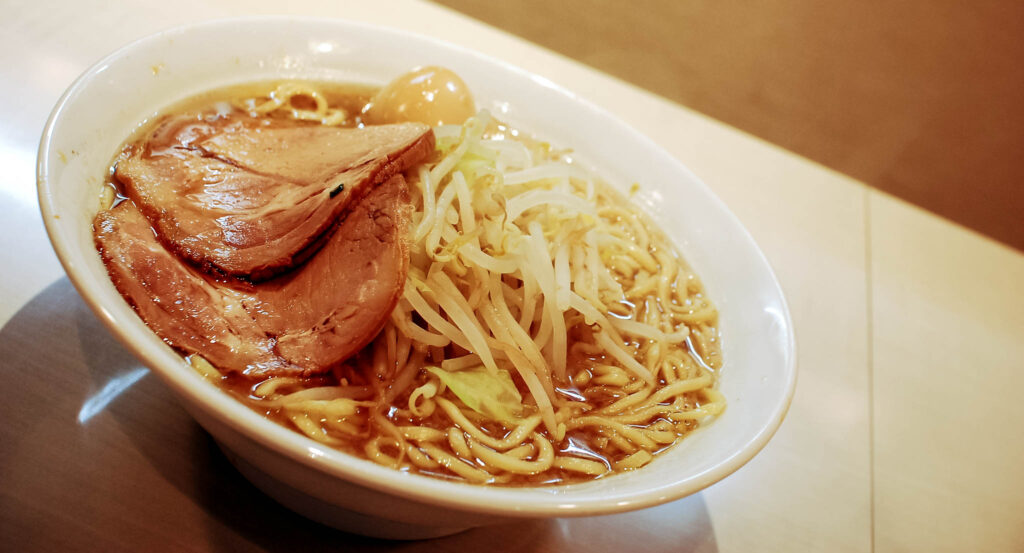 Ordering too much has been a recurring theme lately. Remember, on the ticket machines, the standard, normal size ramen is usually on the upper left. 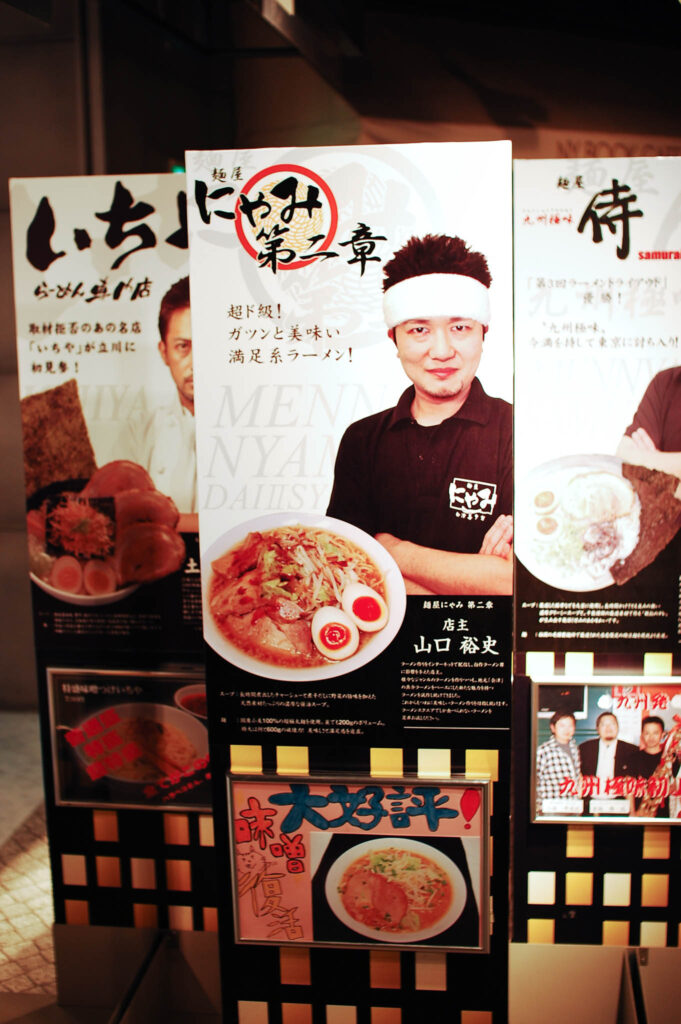 One of the waitresses had a swastika tattoo on her arm. She didn’t look like a Shinto priestess or a Neo-Nazi, and it was obviously done in someones bathroom with a safety pin and magic marker. Curious…

2 down, 4 to go at the Tachikawa NY Ramen Square. 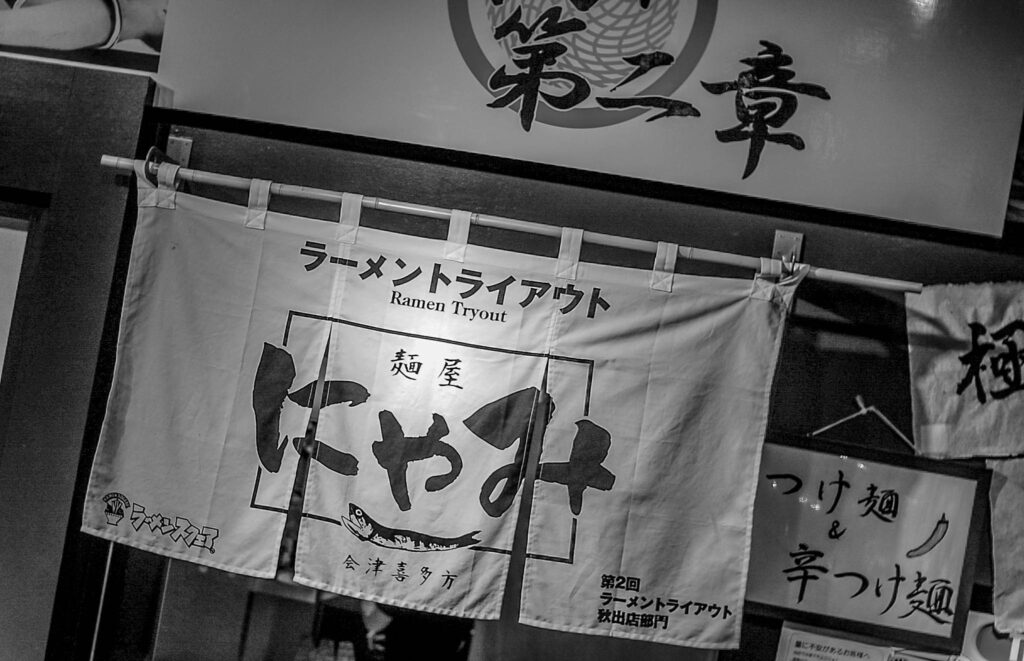 麺屋 蔵人 茅野本店 Chino is about 200km northwest of Tokyo. It's very countryside. You've been warned. Kurodo Ramen in Chino,…

味噌一 This is スタミナ (stamina) ramen. What does "stamina" mean when applied to ramen? It means every topping they have.…