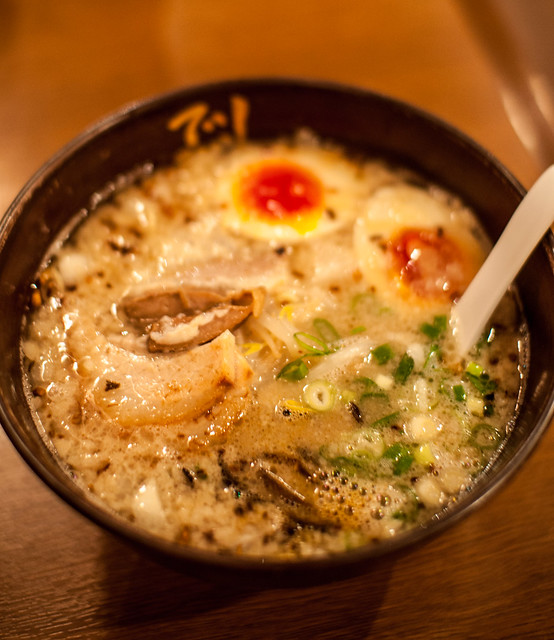 Finding out new ramen shops can take all shapes and forms. How I got to David’s is as random as it gets. A yet-to-be-produced ramen TV show invited me to take a sample quiz. Soup trivia, shop origins . . . nerd stuff. I passed most questions, but one stumped me. “At what shop did TV personality David Ito do his training?” David who? 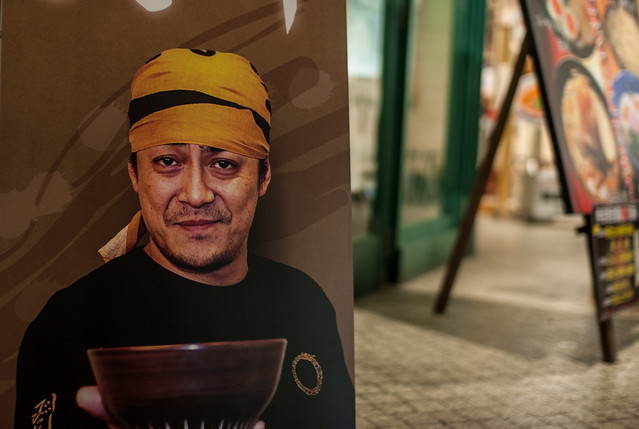 David Ito (デビット伊東), nee Ito Tsutomu, has, like most minor celebs in Japan, acted in about a thousand dramas, starred in made-for-TV movies, and been on nightly variety shows by the boatload. Sorry, that’s all I know. I watched some videos of his on Youtube, and was bored out of my skull within minutes. 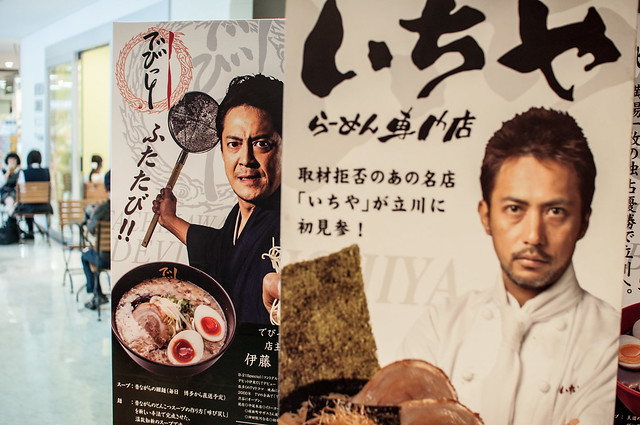 Using his notoriety, and a pitch to some TV show called とんねるずの生でダラダラいかせて, David decided to go into the ramen business. And the answer to the former question? He studied at famed Ippudo. Whether he studied making ramen (years to master) or just business practices (much less time) is something I am not sure of. His chain of shops, most in the west of Tokyo, now extends to Hong Kong and Macau; indicating the later.
One of the shops is in the super-convenient Tachikawa NY Ramen Square. 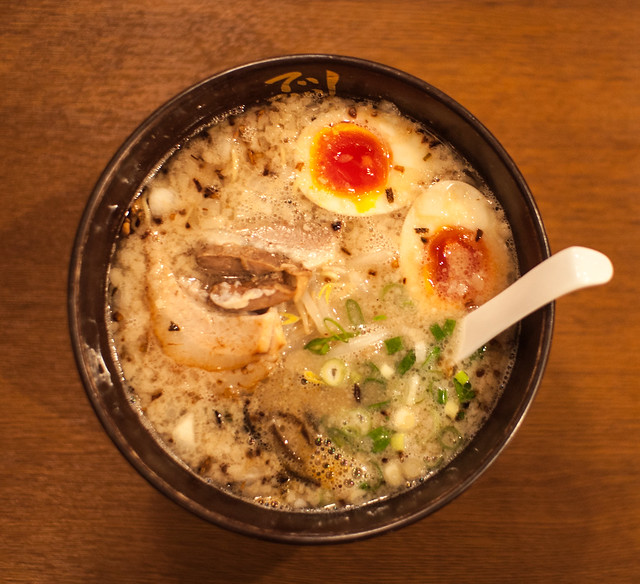 The style is a combination of Ippudo’s Hakata style tonkotsu soup with some Tokyo flair. If you can call silky mounds of pork back fat flair. Which, of course, you can. 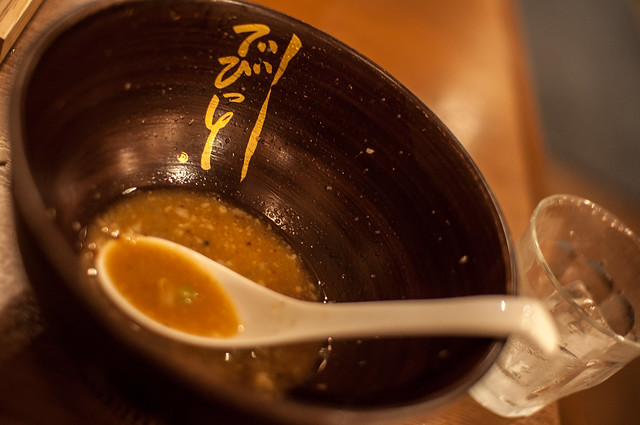 It failed to impress, maybe the hype of eating something a famous person created was lost on me. A decent bowl, nothing special, and certainly nothing to go out of your way for. 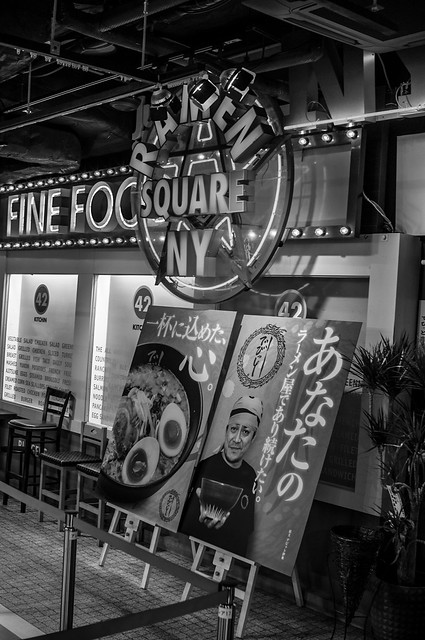 中華そば ムタヒロ Mutahiro was a recommendation from the staff at Nagi, a surefire indication that it will be good. The…

富山ブラック 麺家いろは At last years Tokyo Ramen Show, the longest line was for the Toyama Black, an obsidian bowl from…