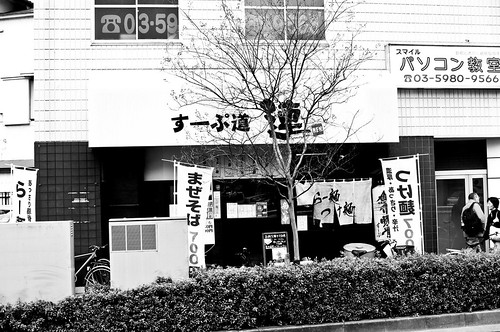 A text message on my phone from Nate had me drooling. He was waiting in a long line at Futo, and offered me a lengthy description. My thoughts raced. Dreams of 2 kinds of soup. Visions of an epic collaboration between ramen experts. An image of deliciousness. Limited run until the end of 2009.

But they were closed on Monday. My friend J quickly searched his memory for plan B. Plan B was tsukemen at Supudo Ren, close to my apartment in Bunkyo. 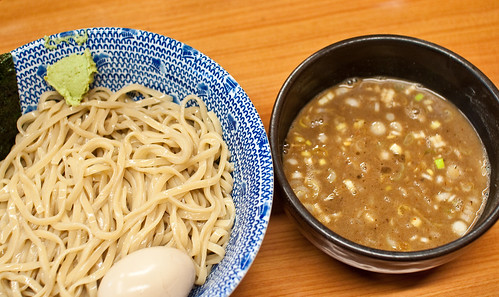 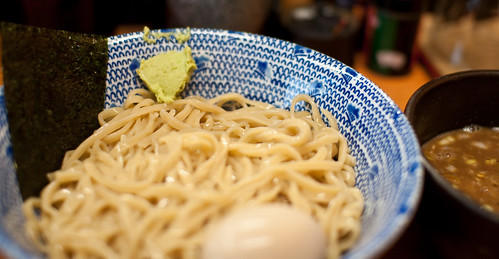 The addition of some wasabi (can’t remember if it was flavored with yuzu citrus fruit or not) was good. 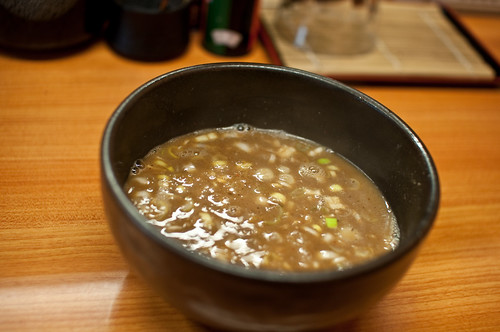 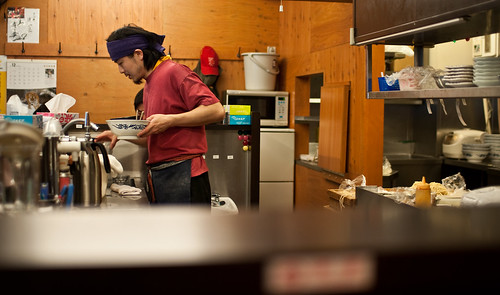 Talking with Nate yesterday, he has come up with a theory about tsukemen. Let me paraphrase. Besides the few inventive tsukemens like Keisuke Yondaime, almost all tsukemen is the same. A thick pork and fish soup to dip your huge noodles in. But the subtle differences that make ramen so amazing are almost unnoticeable in tsukemen. Therefore, tsukemen is not an alternative to ramen, but an alternative to udon or soba, which are commonly eaten cold and dipped in the soup. And the other commonality is that almost all soba and udon tastes the same. Nourishing noodles, but you almost always know exactly what you are going to get when you step into an udon shop in Japan.

What do you think of this thought? In 2009, tsukemen really blew up on the ramen scene in Tokyo. But, to me, each bowl was akin to the last. This is in no way a bad thing, as I gotta say that tsukemen is completely comforting.

And the trend for 2010? Apparently it’s going to be light, refined tastes. Lots of clear salt broth ramen.

山小屋 My first choice for ramen in the Kiyosumishirokawa area of Tokyo was... well I forgot my map today. My…

赤のれん I was walking with my friend K, and she wanted ramen. Badly. I was trying to remember the way…