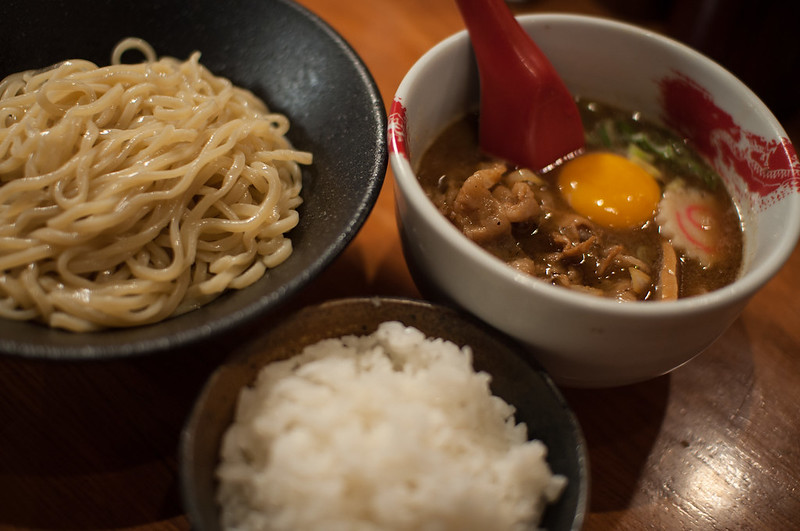 For a recent TV shoot, we were asked to go to Otodo in Koenji. I’d never been there. While the original shop in Chiba commands long lines and respectable rankings, this one down the PAL arcade street in Koenji always looked rather chain-ish to me. 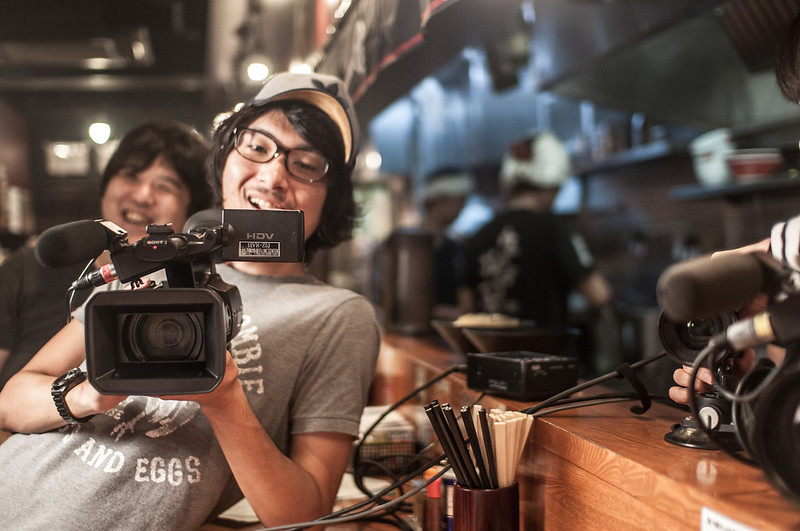 We were asked to actually recommend this one as our top pick for shops that were participating in the 2013 Grand Tsukemen Fest. I’m not a “TV talent”, and I refuse to recommend bad ramen; both on this site and in the media. Luckily (for the crew of six) Otodo is decent enough to get a nod. 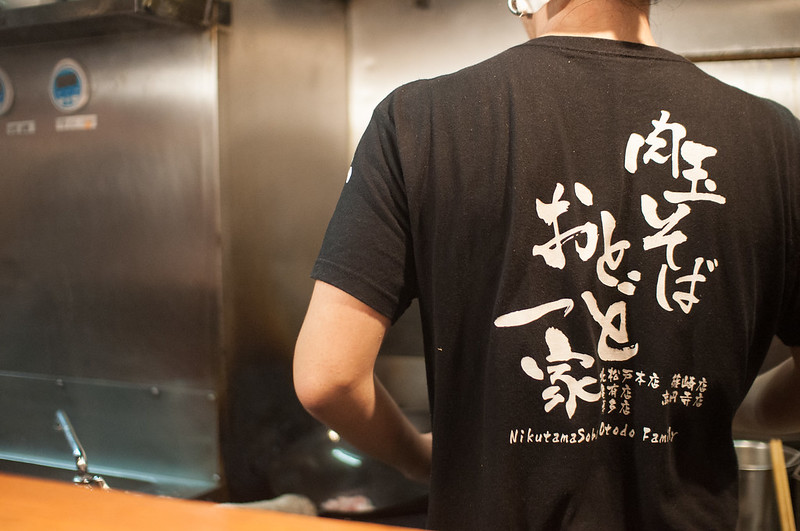 The concept is a little strange; tsukemen that matches with rice. Often, some white rice is dumped into a bowl after the noodles are done. At Otodo, though, you are meant to eat the rice and noodles together. Yeah, they suggest that you put noodles on the rice as a topping.

I have to say, this was dumb. The noodles are cooked softer than average to accommodate this . . . technique.

Look, the rice is free here, so give it a try if you want. Then get back to eating your tsukemen like a normal person. 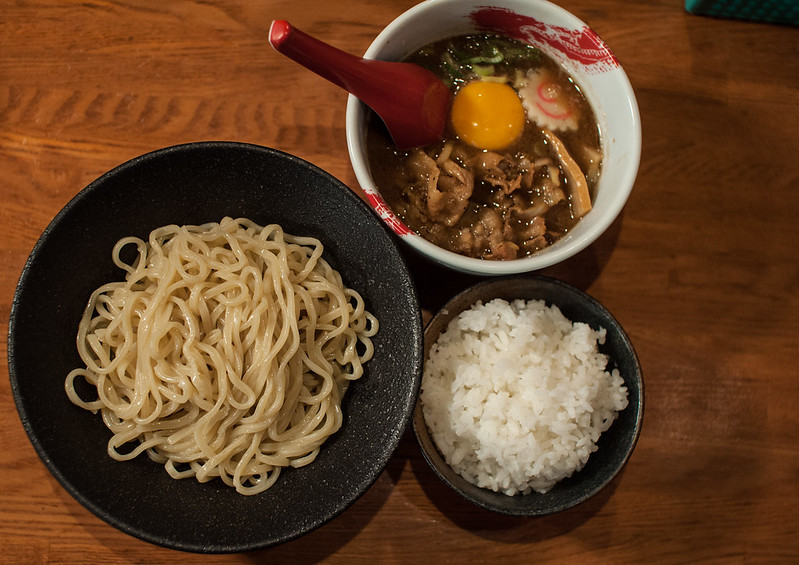 The way that I do it is to dump that raw egg on the rice, top it with some of the fried pork, and go from there. Donburi-style, the garlic-heavy pork stir-fry is excellent. A word of warning, you will stink after this one.

Even though there is no connection to Tokushima-style ramen, this bowl is like a cross between that and some Chiba gatsuri. Heavy stuff for workin’ dudes. 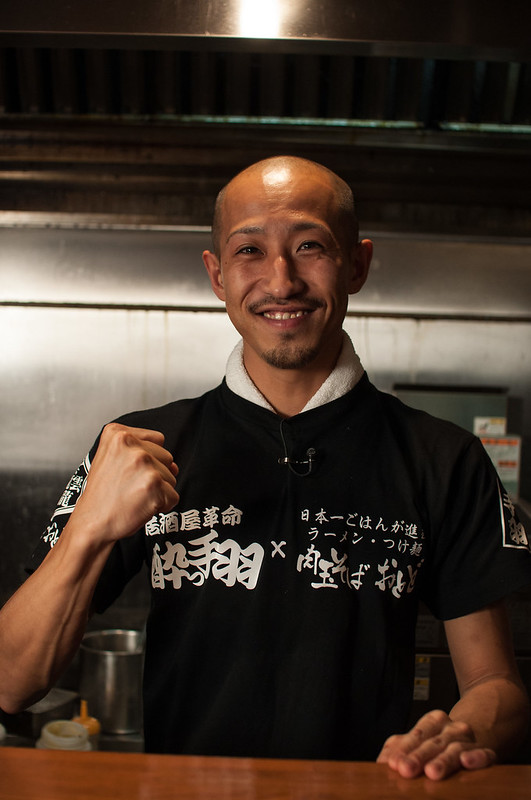 Did our TV recommendation drive any sales to Otodo? 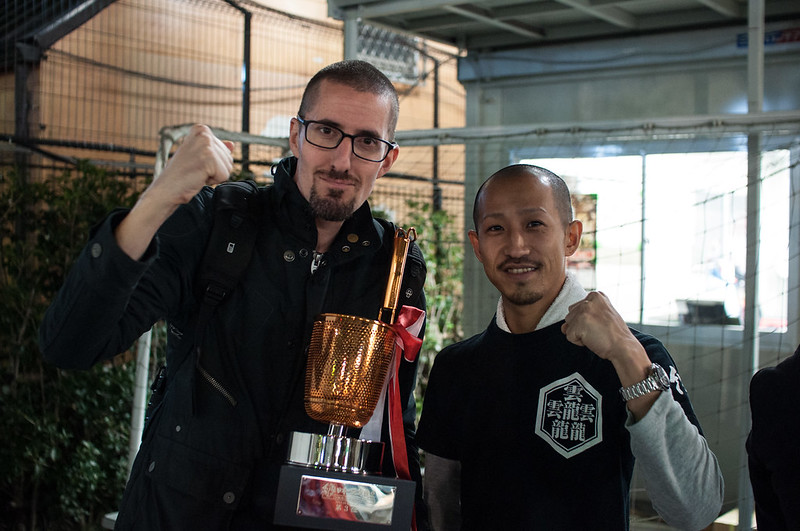 3rd place at the festival! Way to go guys!

煮干しそば 虎愼 Another shop in my neck of the woods that I hadn't been to. Still recovering from my recent…

しゃもじ Hamamatsu, located midway between Tokyo and Nagoya, is an interesting city. To quote my 7th grade French teacher, who…