Yeah, the shop name is actually “Ramen Bar Snack Izakaya”, but this place is only known by one name.

And I’ve got a video: 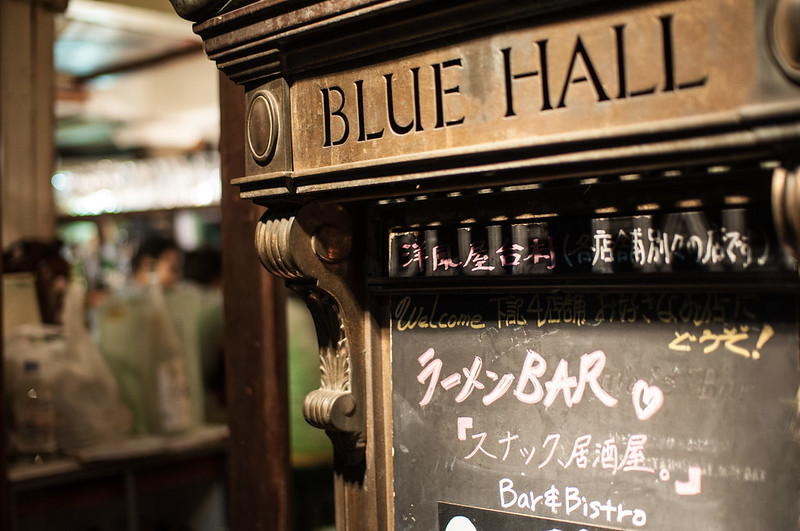 And ramen definitely isn’t the main reason we first heard about it. 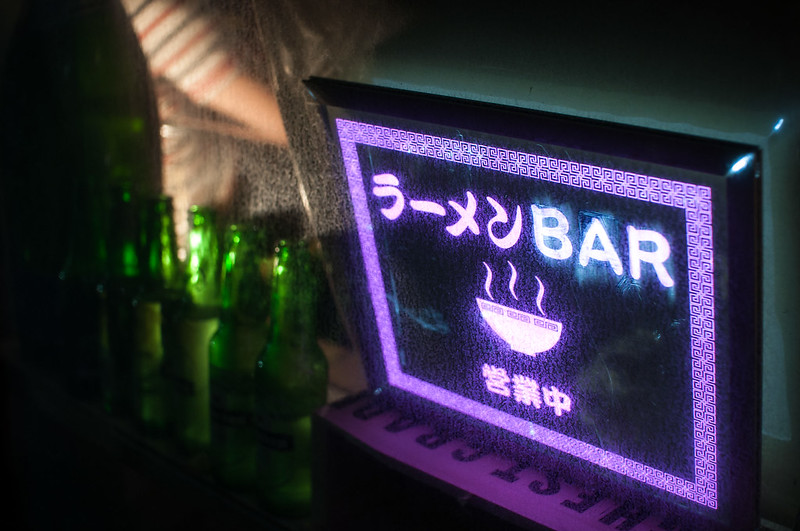 But let’s talk about the ramen. The spot is a bar, and this is a bowl to have with your drinks. Heavy on the aosa seaweed, and heavy on the external flavors. A lime and some spicy yuzu all get in the bowl. Add in some katsuo oil and things are bordering on overpowered. Just at the border is where you want to be with bar food, though. The result is a strong ocean taste that matches well with a few beers, a glass of shochu, and some cocktails. I think we had a tequila shot in there as well. 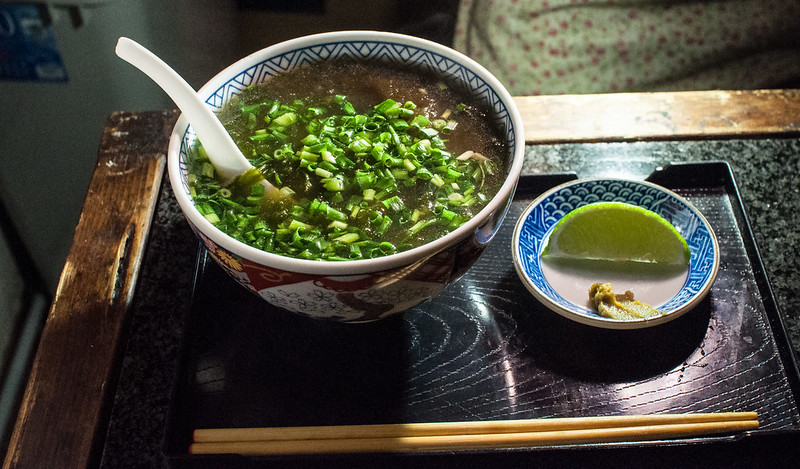 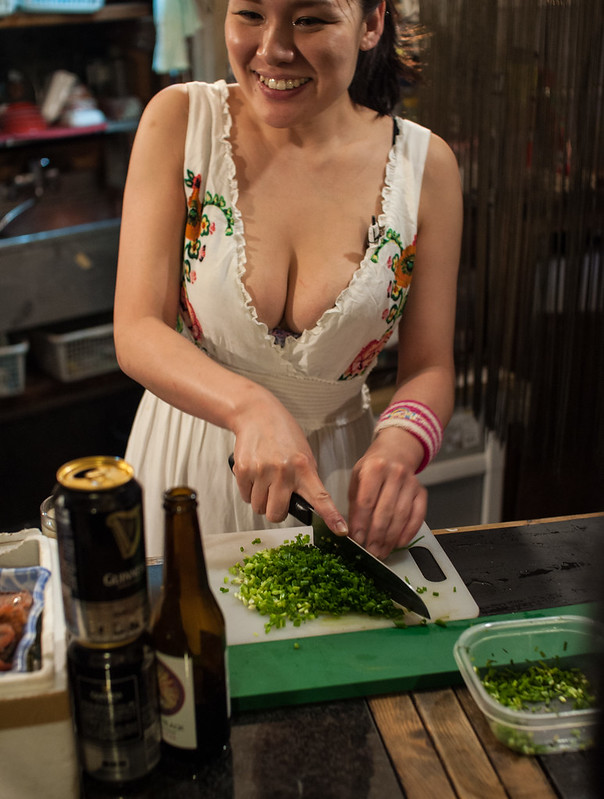 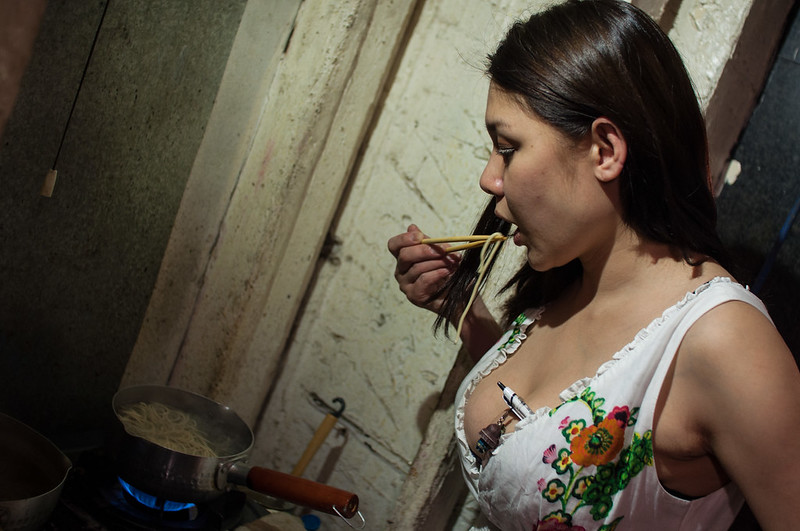 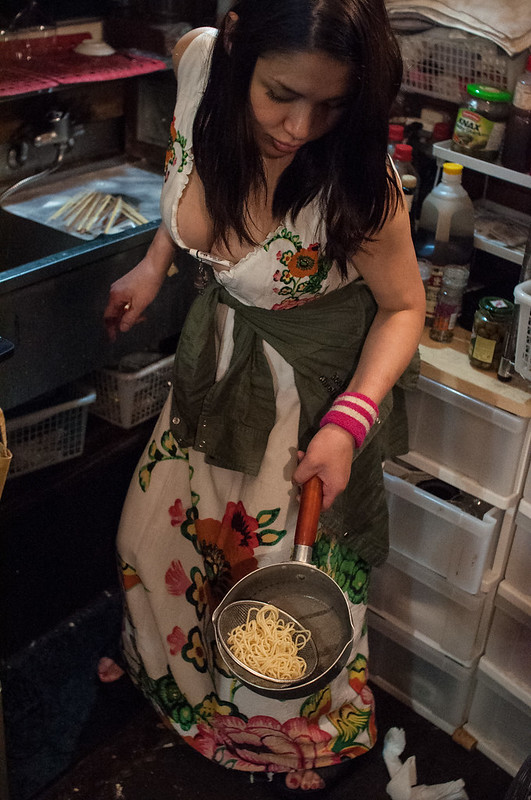 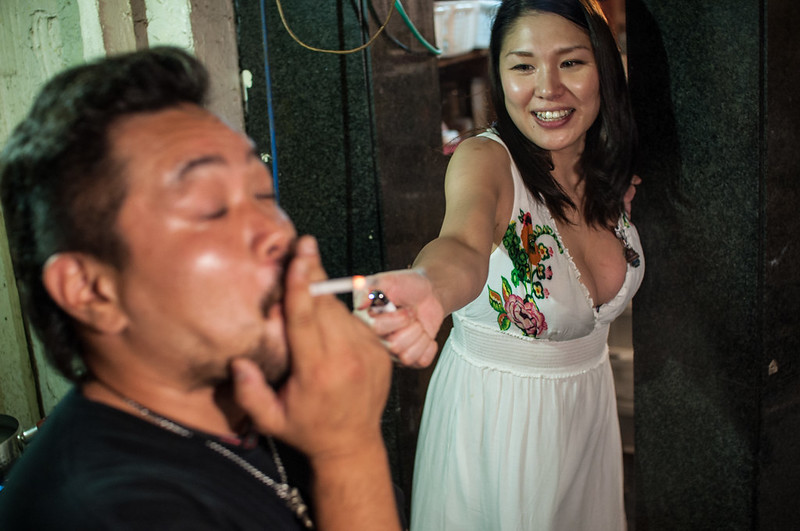 Between lighting cigarettes and pouring drinks, toasting and chatting, 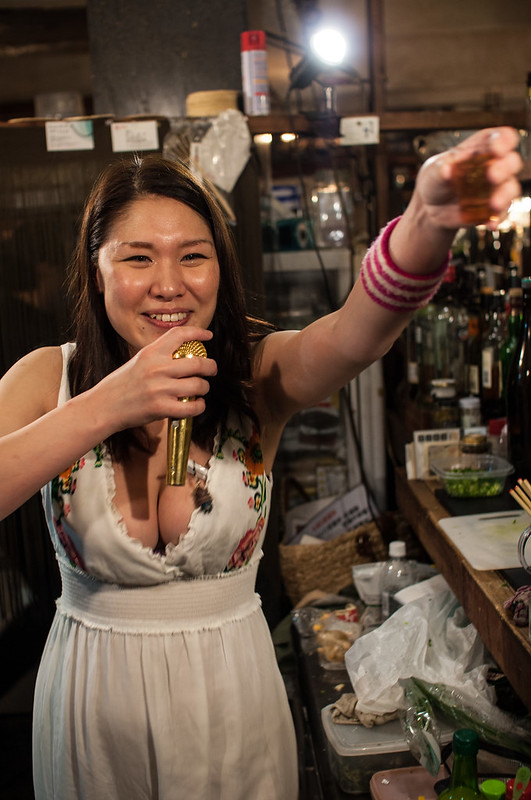 she is making the ramen.

After spending her teens and twenties working as a hostess, she made the jump to her own place. And her own place just had a one-year anniversary. Congrats. 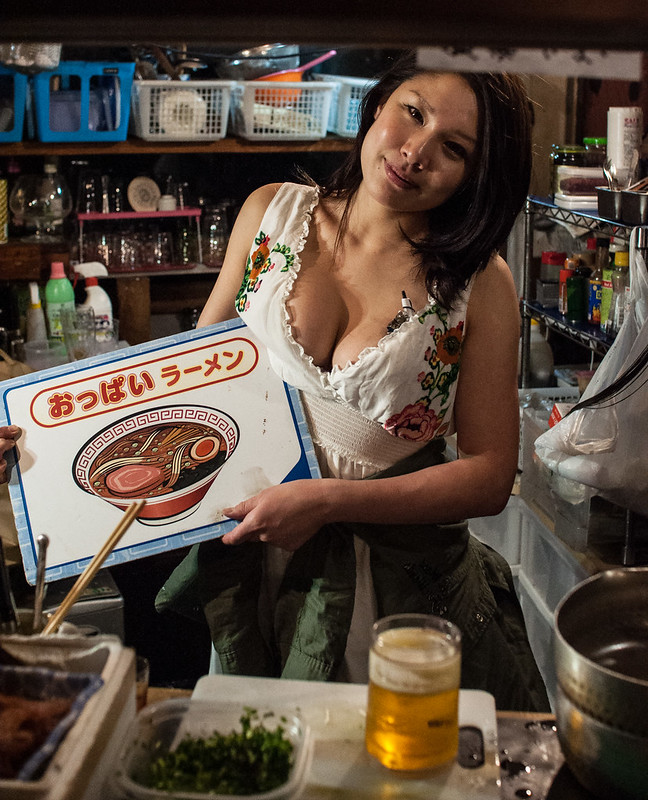 This shop is in a rather subdued building that looks like it could be someone’s home. Someone’s home, with each room divided into thirds, and each third belongs to a separate bar. Yeah, this building is home to anywhere from half a dozen to more than ten bars.

If you came here looking for my YouTube video, I’ve taken it down. The video in question was quite popular, with hundreds of thousands of views, but it had a slew of issues. Copyright claim from the pen pineapple apple pen guy. Sex toys on the counter. The thumbnail, which featured breasts, was taken down. I figured it was hurting my channel more than helping, so I took it away. Apologies. 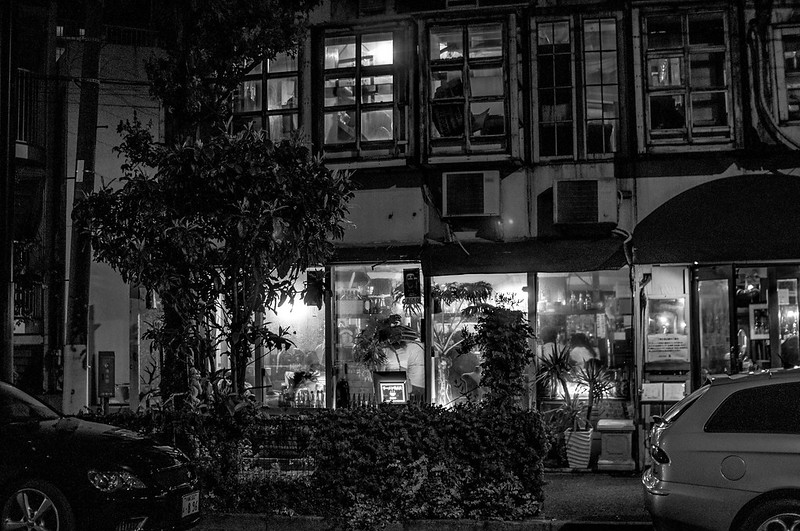 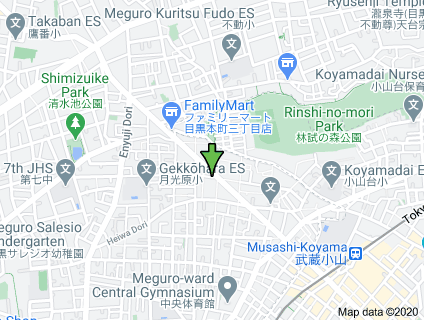 Still reading? Did you know that I released a ramen cookbook? It’s available wherever fine cookbooks are sold, aka Amazon. Can’t wait to see what recipes you come up with! 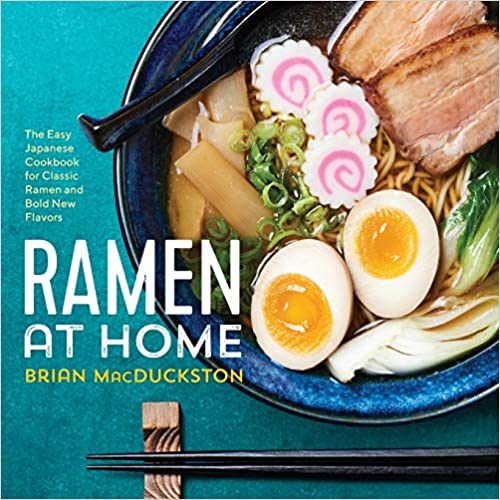 塚田農場 What is a ramen shop? If it is somewhere that has ramen on the menu, then this small chain…

らーめん工房 RISE I mentioned that I had work in Osaka. Well, Osaka is a big place. I'd never heard of…