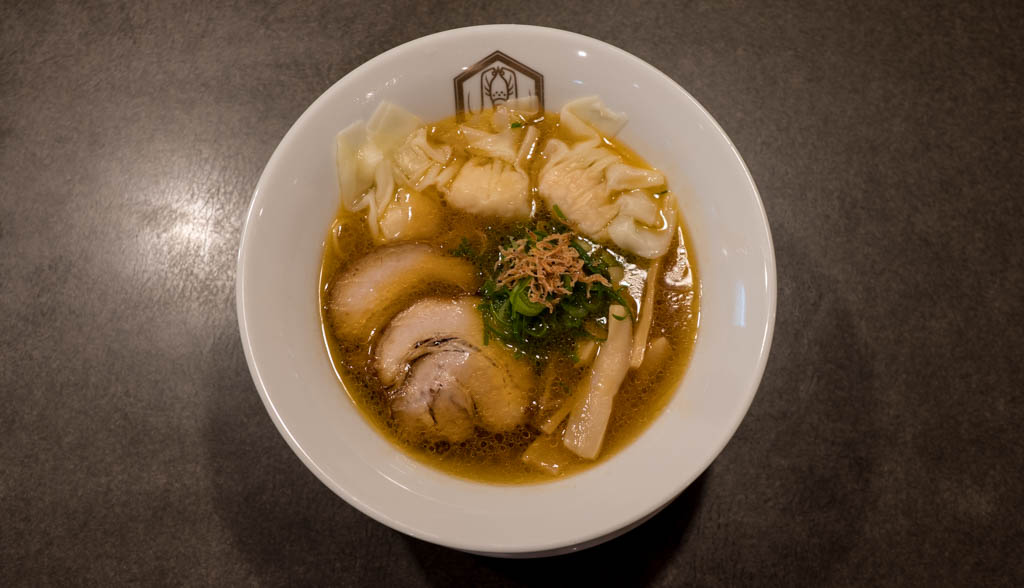 I had a meeting in Tachikawa. I don’t often return to the major hub of West Tokyo life, but when I do I usually check out the ramen square. 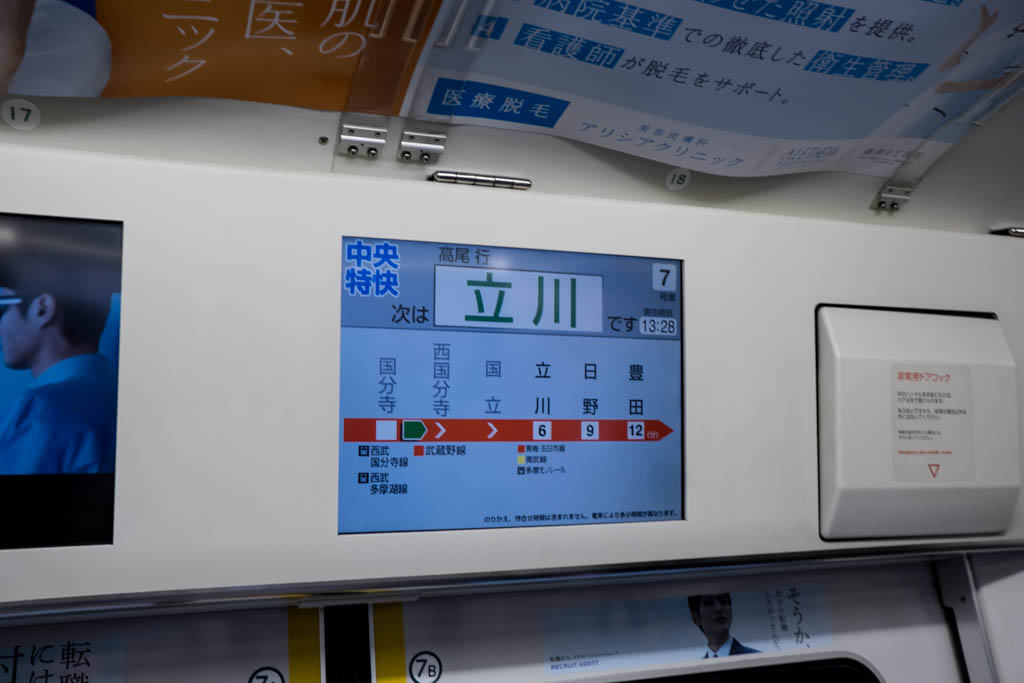 Tachikawa is a short ride on the Chuo Line from Shinjuku. Less than 30 minutes on a rapid train. 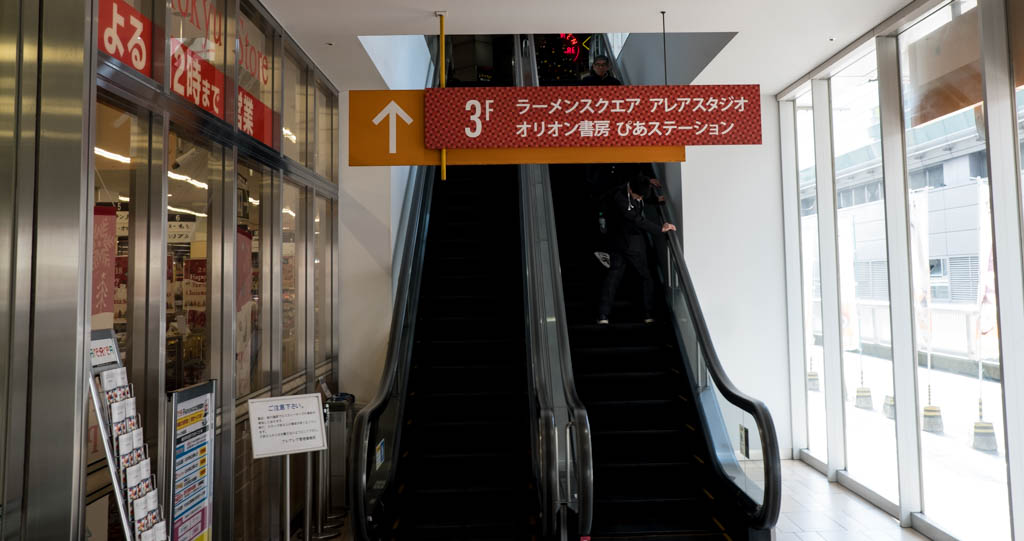 Walk up to the third floor of the nearby department store. I’m no stranger to this spot. Ten or so years ago, when Ramen Adventures was a new thing, I had a job at a horrible conversation school in the department store above Tachikawa Station. I say horrible because while students are charged about 7000 yen for a 40-minute lesson, the actual teachers only get 1500 yen. Exploiting foreigners in the teaching world is nothing new, though, so I can’t really complain. And even though that salary was barely enough to make rent, it was enough for ramen. 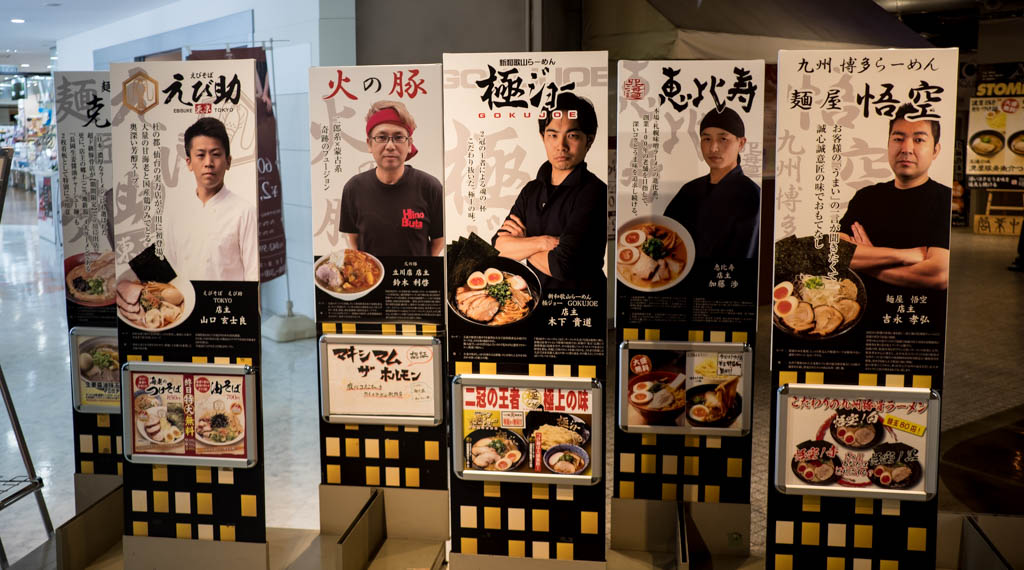 Six shops await you at what is for some reason called the New York Ramen Square. The shops change every so often, featuring outlets of famous shops around the country. I’m not sure how this place survives; New York it is not. It feels like a ghost town every time I come. Maybe a post-apocalypse New York? 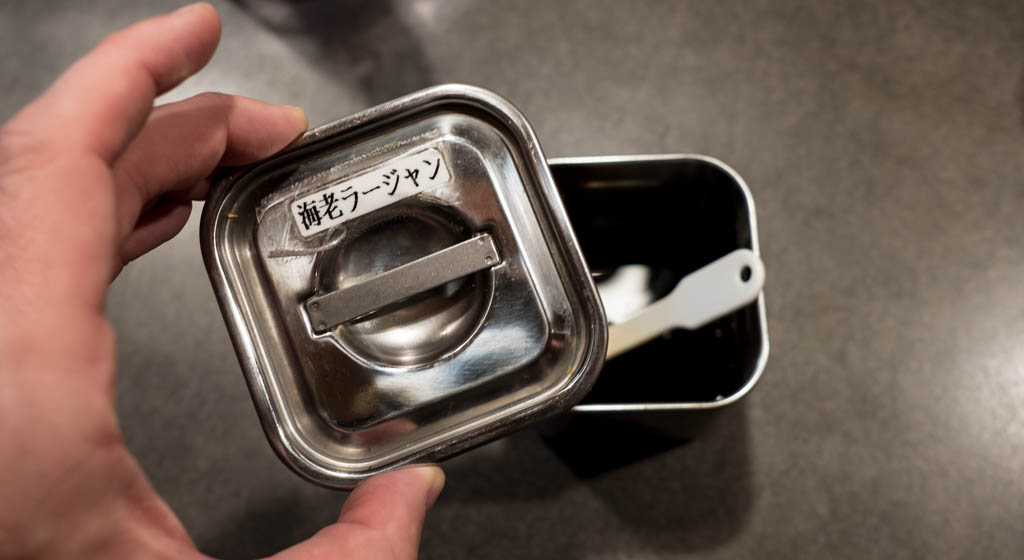 As the name suggests, Ebisuke deals in えぶ – shrimp. Homemade shrimp condiments are the first thing you’ll see when you sit down. Well, that and the giant shrimp posters on the wall. 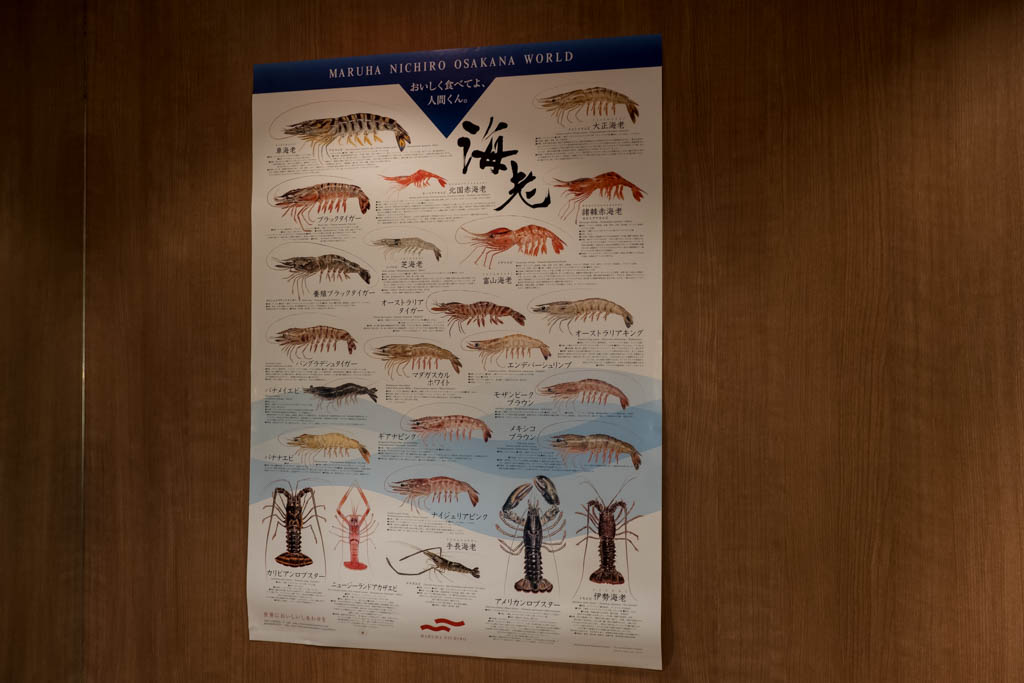 This poster reminds me of a Ford Mustang poster I had on my wall as a teenager. Details of the entire lineup. I kind of wish I had a shrimp poster to go along with it. Next to my Cindy Crawford and Bo Jackson posters of course. 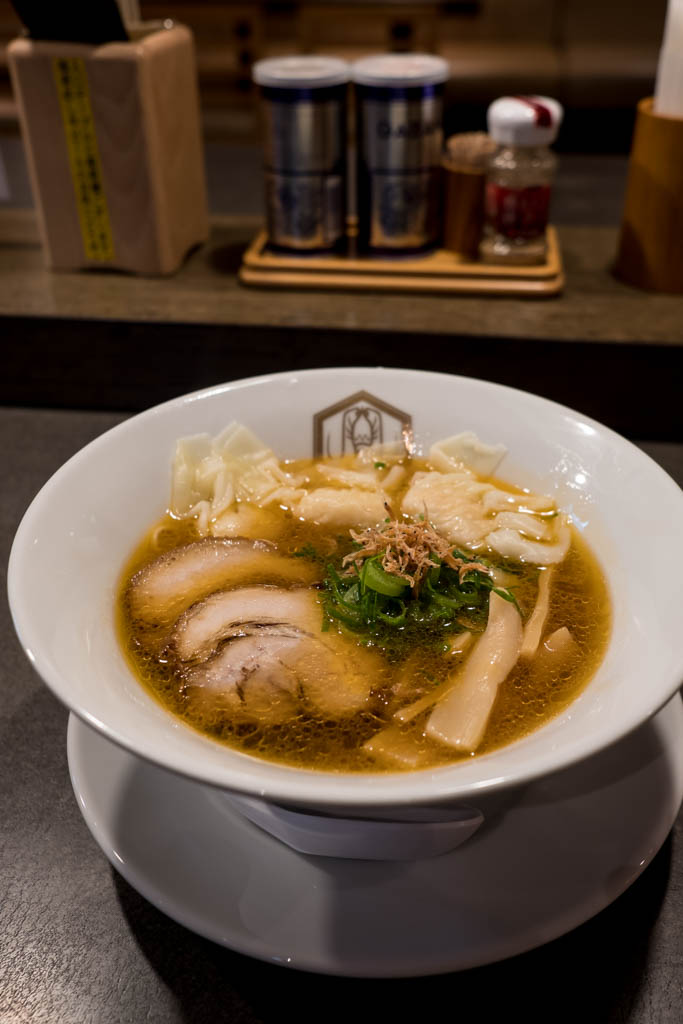 Solid shrimp shoyu ramen. The soup is an 8-hour chicken broth, enhanced with 甘えび, a kind of Japanese sweet shrimp. I couldn’t find a reference to this kind of shrimp on the poster, though amaebi could just be a catchall for many different shrimp. 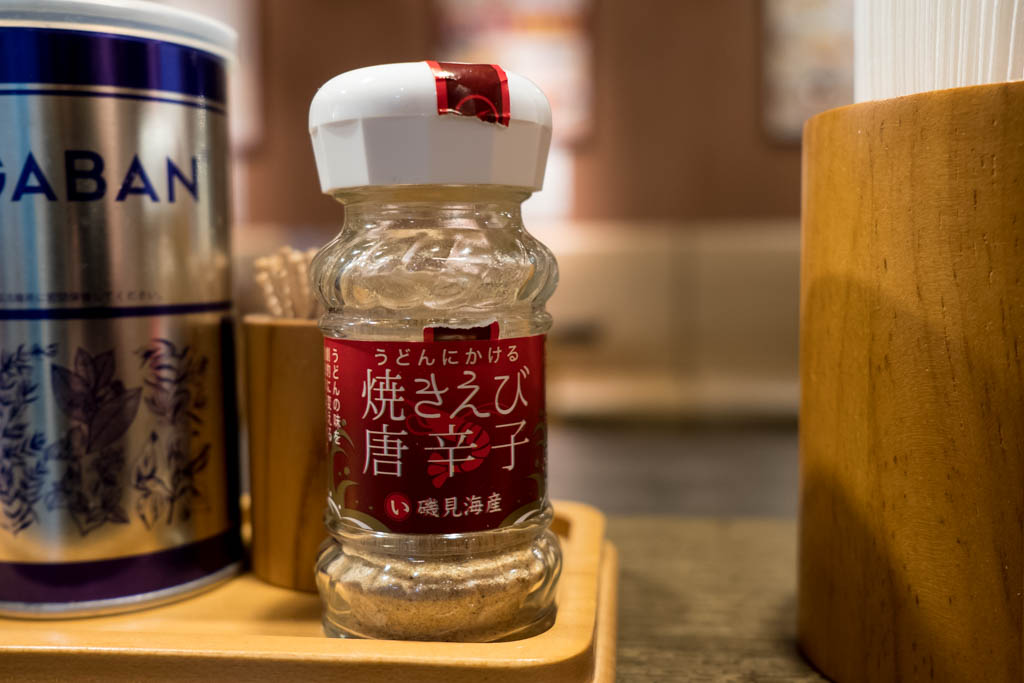 If the ramen square was packed with customers and had a bit more of a fun vibe, I would be back to try the other shops I have yet to slurp. But this place is eerily silent. A strange vibe, good ramen. 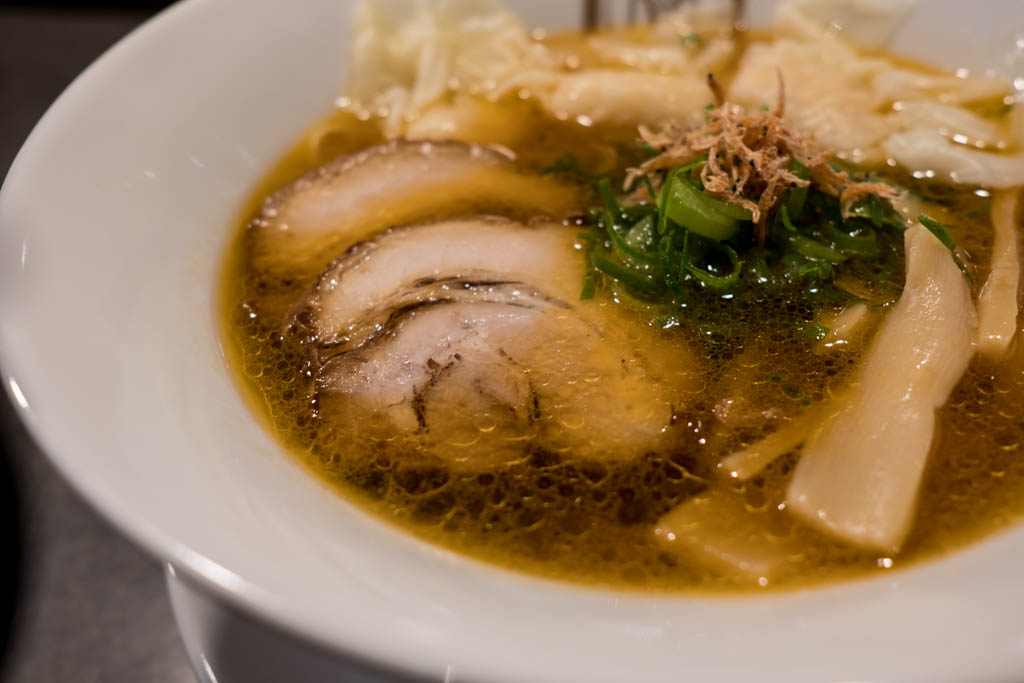 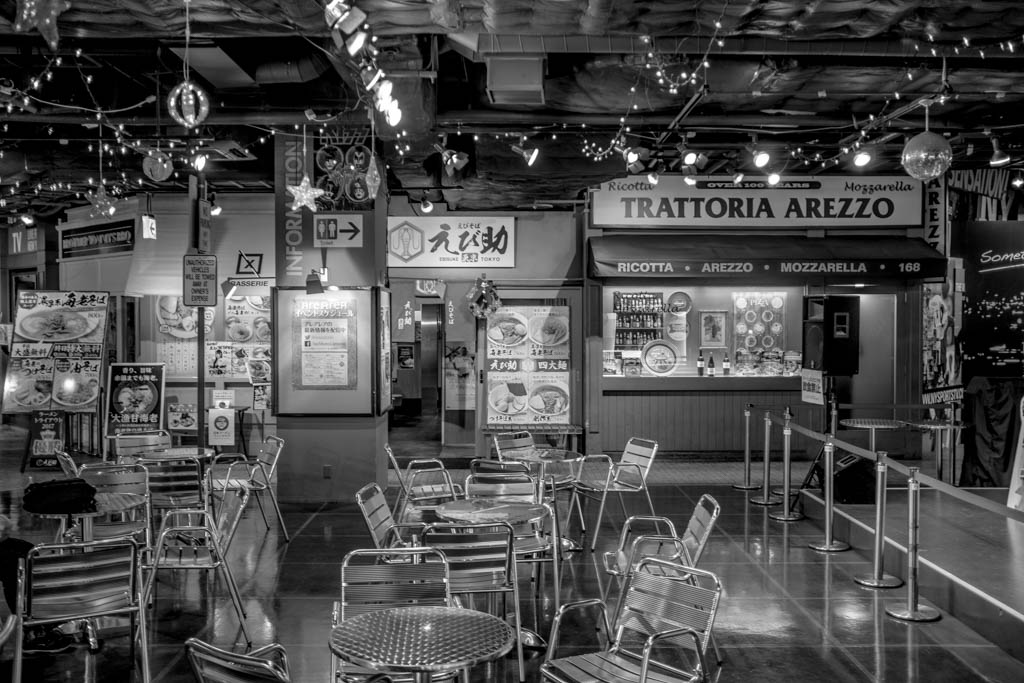 長田本庄軒 Is yakisoba ramen? Definitely not, though they both use the same kind of noodles. To make yakisoba, cook Chinese-style…