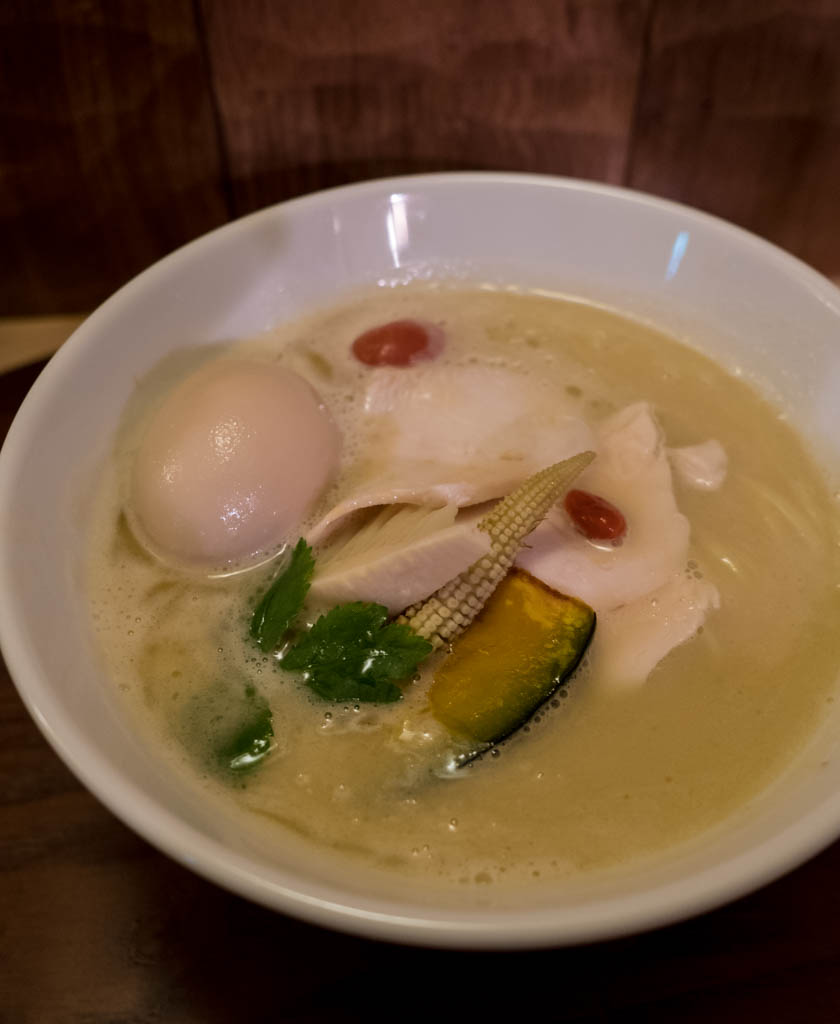 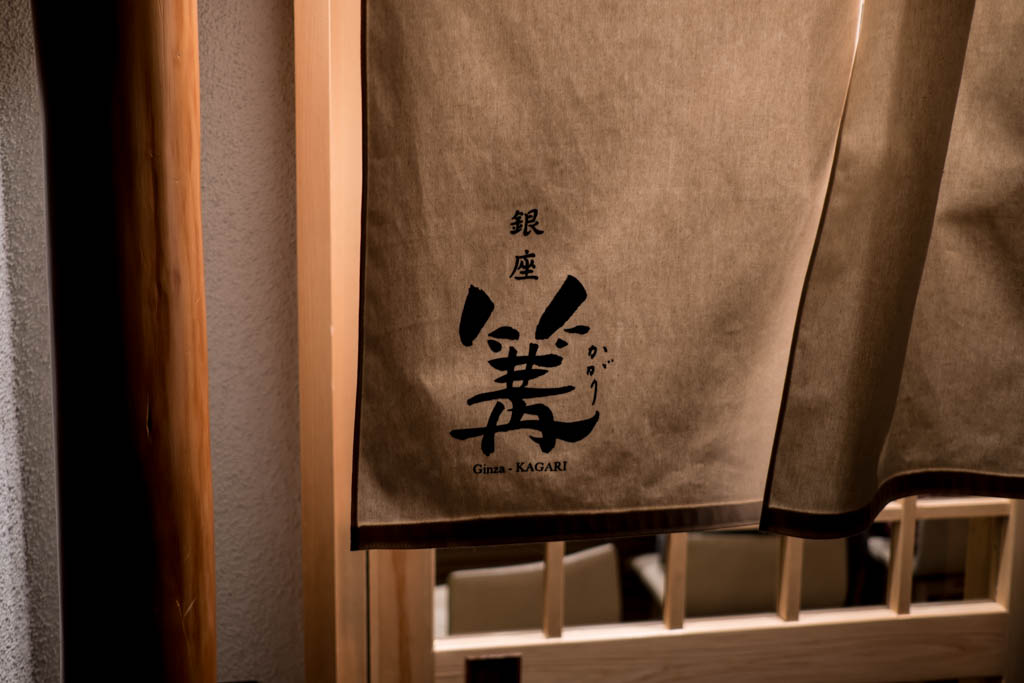 I’ve been there many times in the past. I’ve filmed for TV shows there. I loved it.

Then it got the hype. Not just a few tourists in the know, but full-on blown up. Suddenly, the 20-minute wait turned into 40, turned into an hour or two. It was absurd. It was also all tourists. I’d put the blame on those who recommended this shop in writing in famous magazines, namely Ivan Orkin and myself, but the lines were 80% Chinese. While I think I understand where most Westerners get their food news from, I have no idea about Asia. 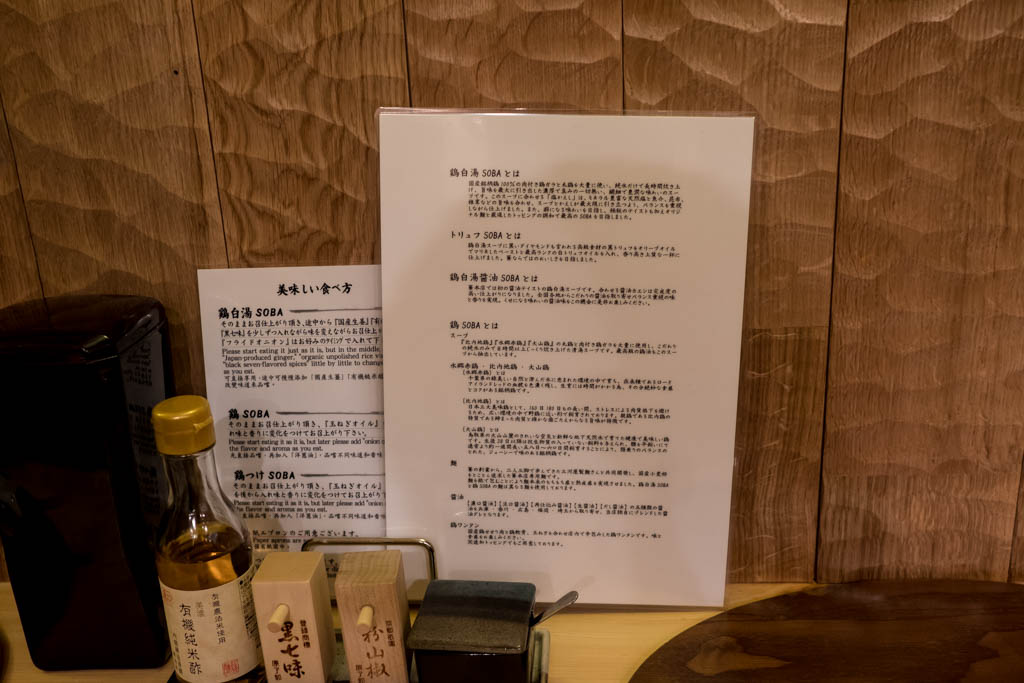 The original shop was only six seats. It made sense that this model wouldn’t hold, and the shop eventually closed. Fast forward some months (years?) later, and the new shop holds more like 20. Progress. 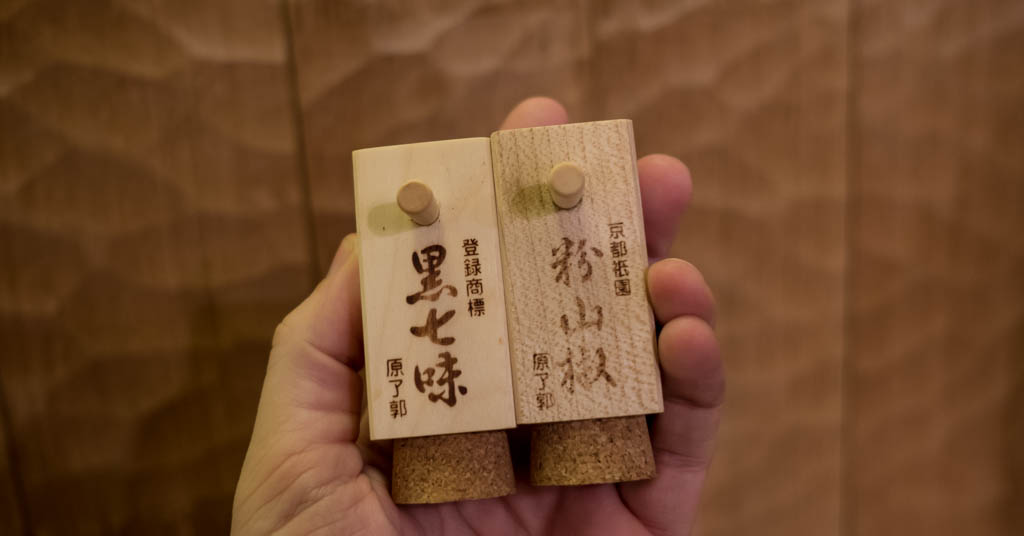 The menu is similar but different. The creamy toripaitan soup is still there, along with a version topped with truffle oil. Personally, I really dislike this sort of thing. The intention is transparent; truffle oil gets you a Michelin star. Two of the three ramen shops with Michelin stars incorporate truffle oil, one of the worst ingredients known to man, into their soup. Any subtle flavor is lost, drowned by what I think tastes like dirt. But dirt sells. Dirt is high amongst ramen SEO terms.

Back on track, the normal toripaitan is still tasty. The old shop had a topping option of extra seasonal vegetables, which is gone now, but the standard bowl has a few more greens than the average bowl of ramen. Get it with an egg and top it with a bit of everything available on the countertop. 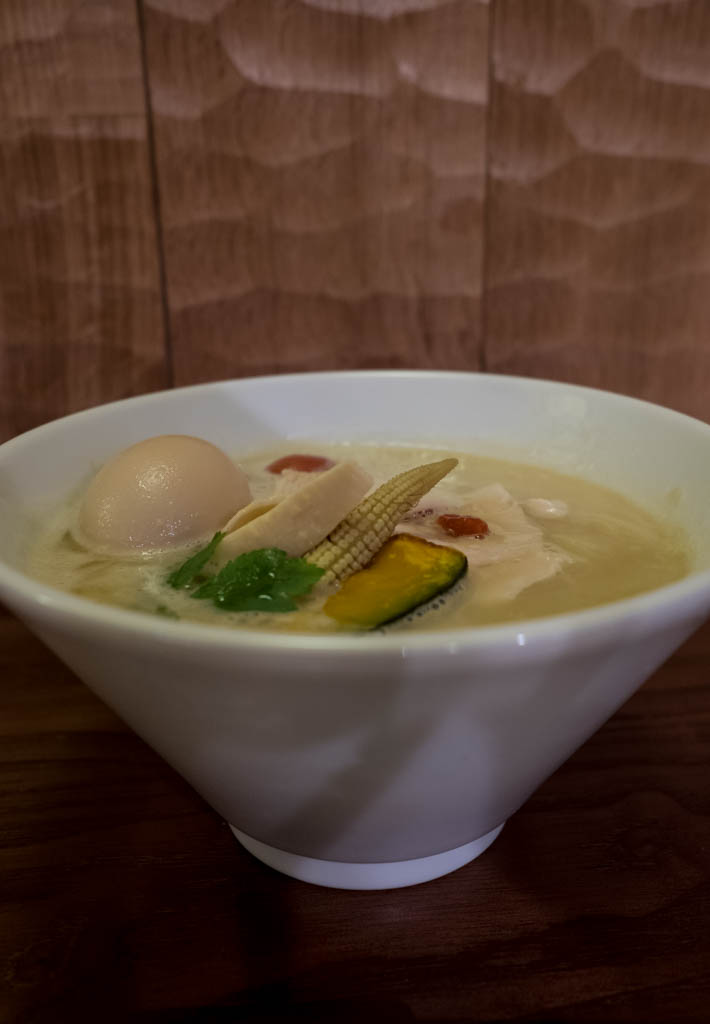 The line moves fast these days. Keep in mind that this shop is next door to Kazami, and I have noticed that many people who don’t speak Japanese accidentally visit Kazami instead of Kagari, or Kagari instead of Kazami without realizing their mistake. Both shops are good, so it’s a fun little lost-in-translation moment.

麺屋ぬかじ Good old Shibuya. This part of town is one of the most popular in town, and I'm often asked…

銀座ル･コチア Gourmet ramen isn't really a thing. Ramen should be affordable and casual. For this reason, you rarely see premium…