立川や
Exit out the south of Tachikawa station. It’s on the street level. 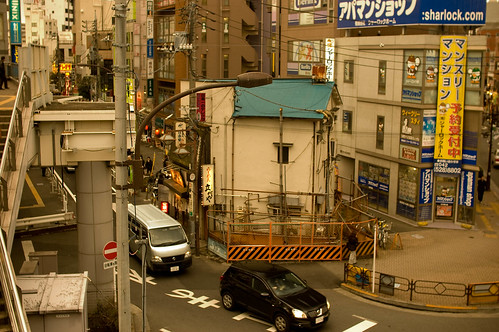 Right next to Tachikawa station, in what could only be described as prime real estate gone bad, is a little ramen shop. Literally 2 seconds from the busy station, this run down building looks like it could go any day. It was recommended to me by a student, and I’ve actually been there about 4 times in the last year. This time I remembered my camera. 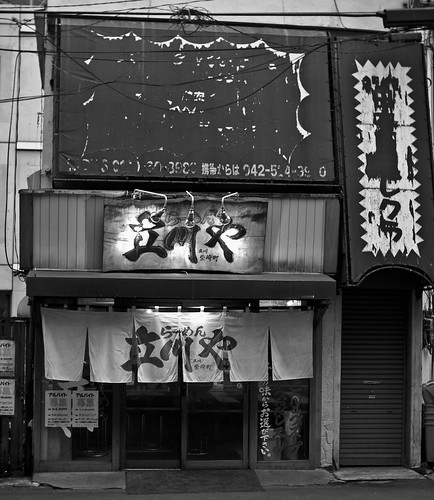 It’s a straight forward bowl, with 2 choices of soup. The とんこつ pork broth is decent, but not even in the running against ばんから or 凪, which are both nearby. The other choice is かつおだし. Katsuodashi is a simple broth used in all sorts of Japanese cooking. It could be said it is the chicken stock of Japan. Made from dried fish flakes, it has a subtle salty taste. If you’v ever eaten anything in Japan, chances are it was flavored with this broth. 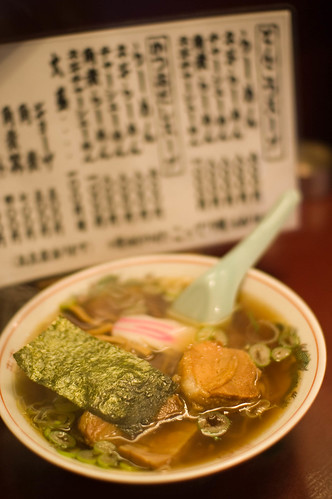 A little fishy, the taste lingers longer than a soy sauce broth. Today, for some reason, it seemed to linger longer than usual, and I found myself popping mints 30 minutes later before my next student’s lesson. 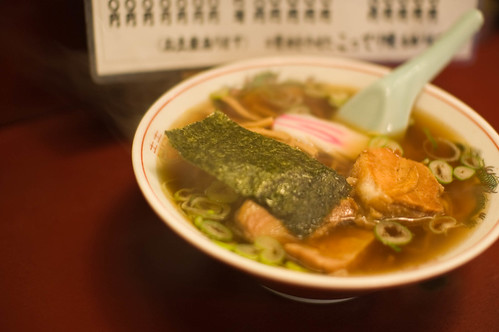 Yep, another ramen shop in Tachikawa. Maybe I should move to a new school for my Saturday lessons, I think I’ve exhausted this place. I know there’s a Ramen Jiro here too…

三つ矢堂 製麺 To get there, go to Nakameguro station, exit and go down the alley on the left, along the tracks.…