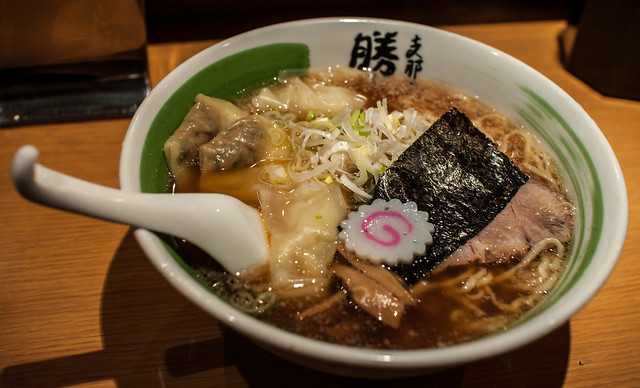 I went to the famous (10 years ago famous) Katamaru in Roppongi. But first . . .
Frozen beer? There were a bunch of ads on the trains for this new . . . invention. Take a draft beer and top it with a frozen head. Keeps your beer cooler for longer! Two problems. You boast that you are making the beer colder, and then serve it in plastic cups? Does anyone else see the problem? Then the taste of this beer foam. It isn’t so great. So you wait for the foam to melt, to avoid tasting any of it, at which point you are drinking a warm beer from a plastic cup. And you had to pay an extra 30 yen for this gimmick.

Speaking of gimmicks that don’t deliver, I went to Katumaru.

So this guy, Katsumaru, won the Ramen Championship 10 years ago. Here is just another case where a shop gets on TV and becomes famous. There is a whole genre of programming in Japan, let’s call it wacky celebs trying food. Japanese celebrities are required to like everything they eat, excellent or not. Whether money is changing hands behind the scenes, or if it is just a wa thing is unknown to me. 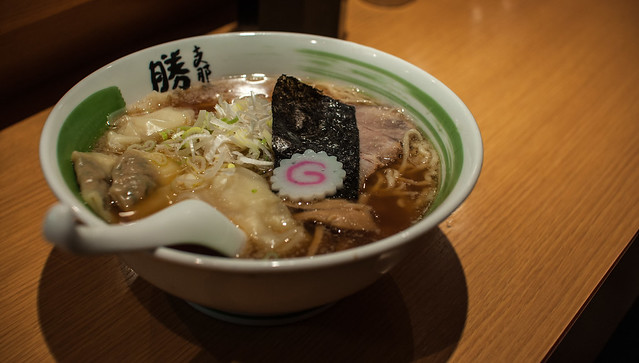 But this champion ramen sucked. 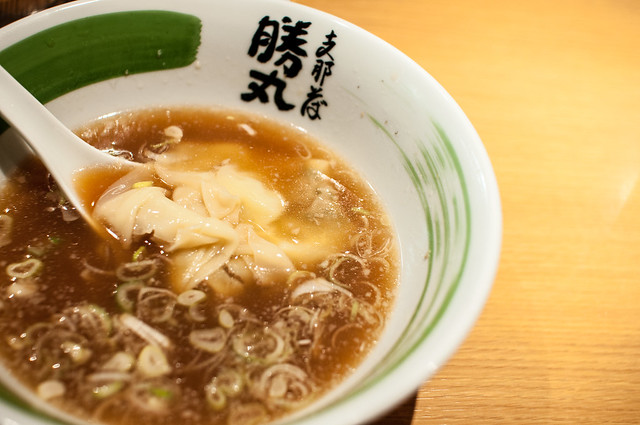 Nothing special, unless you feel that the four wantans stuck together into one starchy mass counts as special. The only other point I can make is about the aftertaste; it sent me to the nearest 7-11 for some mint gum. 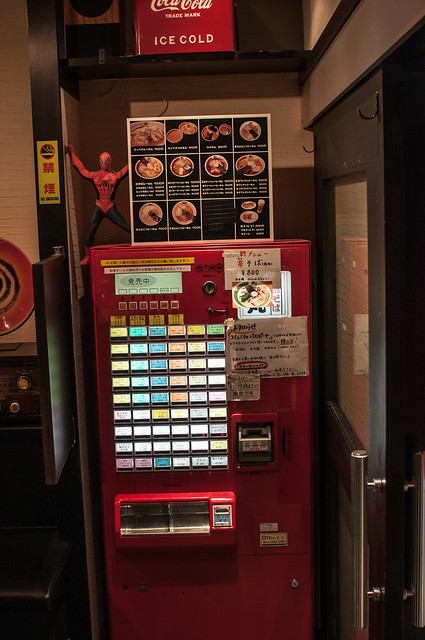 It’s a shame, as the few decent ramen shops in Roppongi have recently been diminishing, leaving sparse choices for ramen loving Roppongi people. 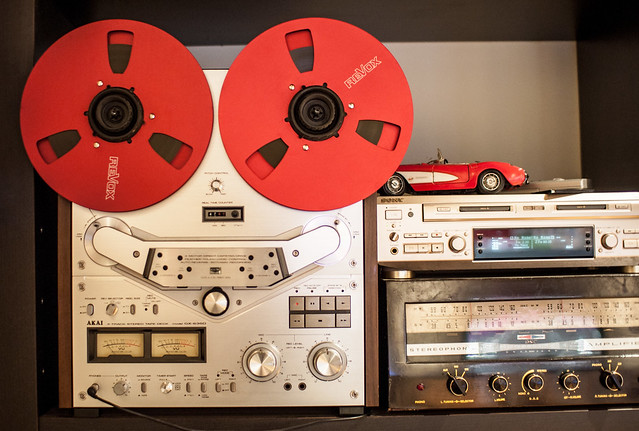 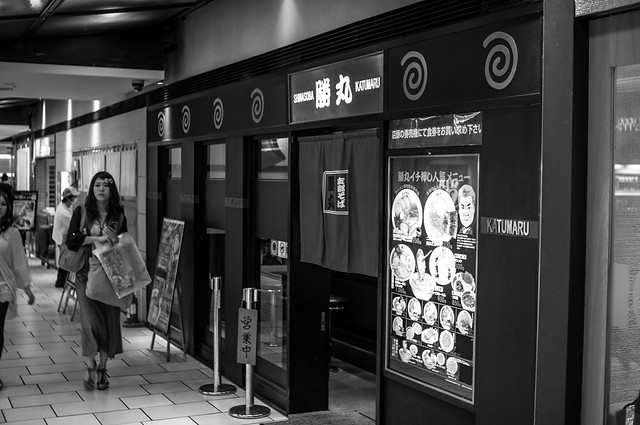 千里眼 Jiro-kei time! Sure, the rare review of a Jiro style shop is usually met with disdain on this site,…