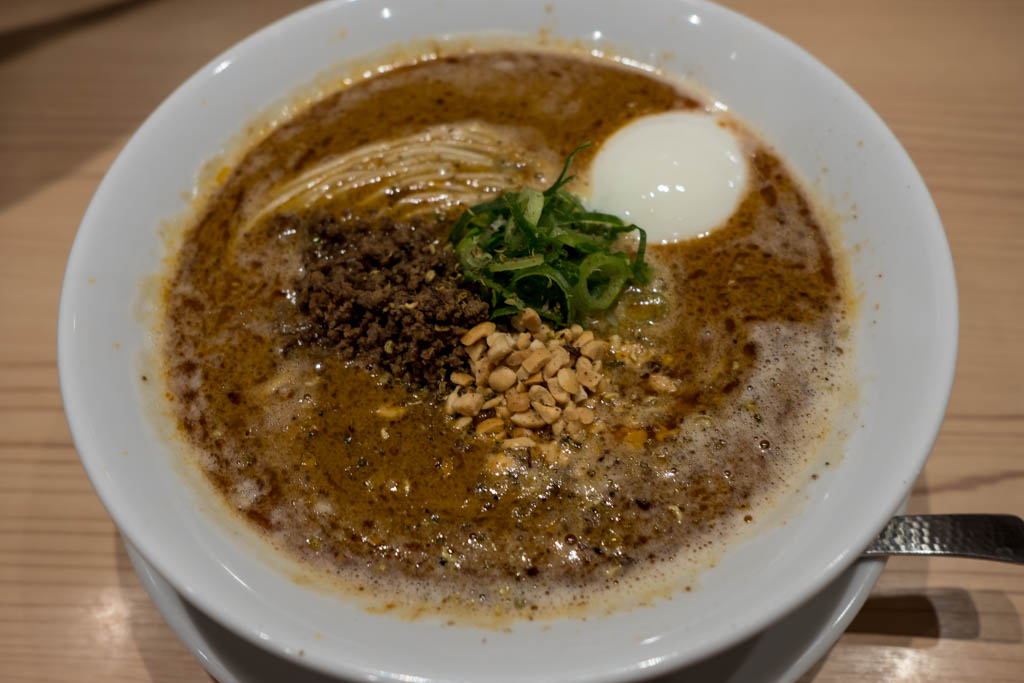 Toka is that famous spot that only uses Japanese sea bream in their soup. Another Toka serves up a mean shio tsukemen. This Toka is the third to grace a 500 meter radius in Tokyo’s Yotsuya neighborhood. 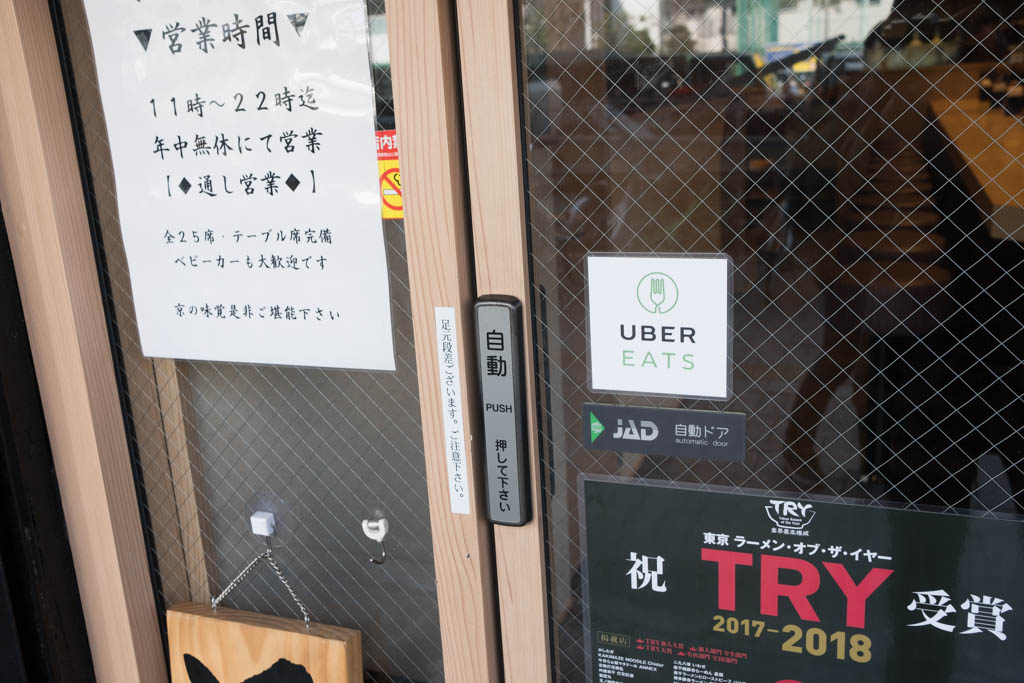 This one focuses on spicier noodles. Is that an Uber Eats logo? 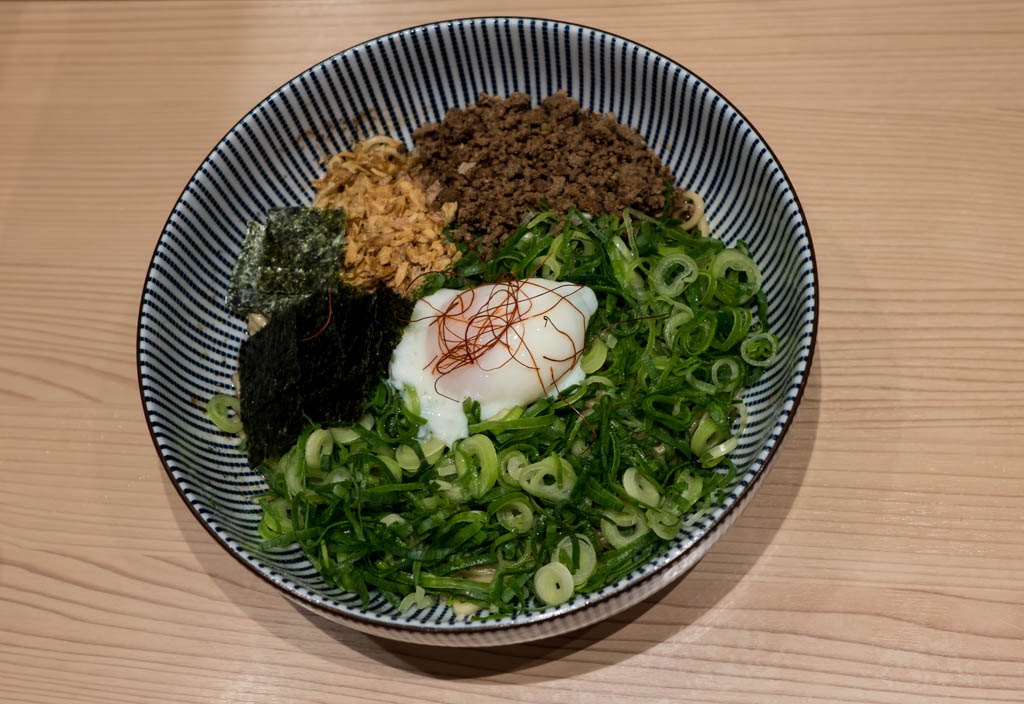 I thought about Uber Eats and ramen deeply. Delivery ramen is totally a thing outside of Japan. The idea hurts my heart. Ramen noodles should be eaten minutes after cooking. Not 10 minutes. Not an hour. Delivery is just a bad idea.

But mazesoba, where the noodles are served without soup, might work. Toka does a Nagoya-style bowl, with ground pork, fried onion, green onions, and a bit of a spicy kick. 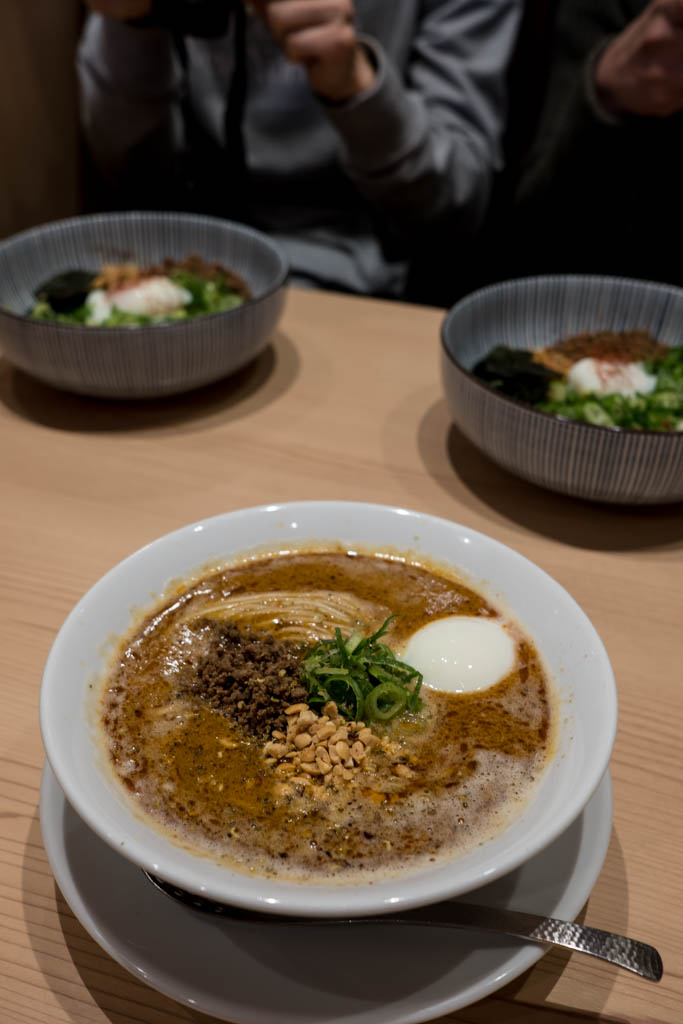 They bill this as one for people who aren’t good with crazy spice levels. The mild blend uses around seven spices mixed in a creamy chicken and pork soup. Lot’s of homemade here; homemade sesame paste, homemade spicy oil, homemade spice blends. 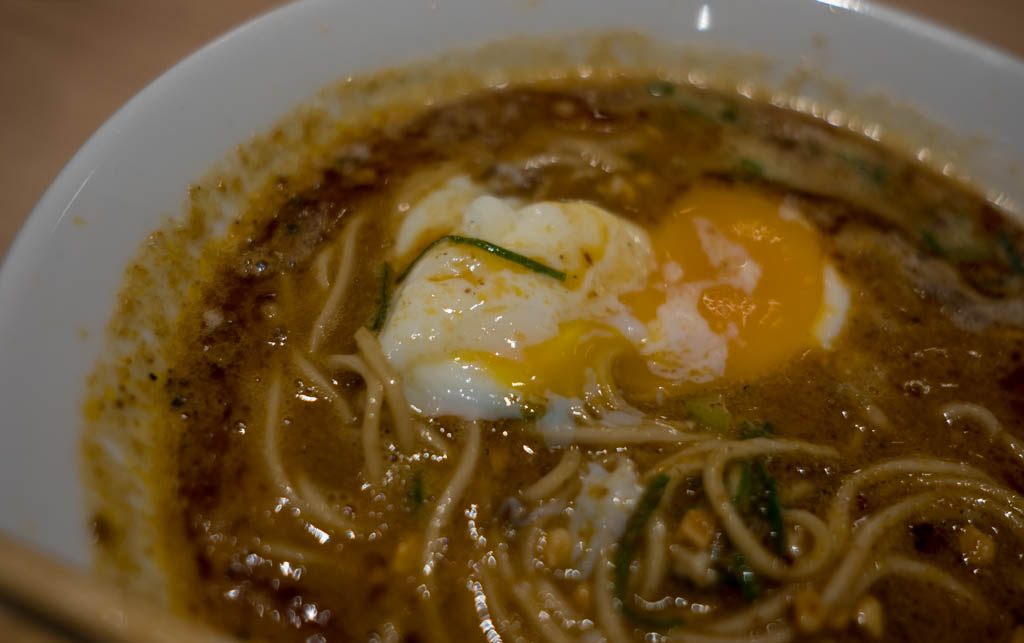 They use a bit of 京山椒, mountain pepper from the west of Japan famed for the aroma. This stuff isn’t very spicey, but often pairs well with heat.

By the way, they have some kind of 3000 yen all you can eat and drink special. I haven’t researched this, as one bowl and I am almost at my max. 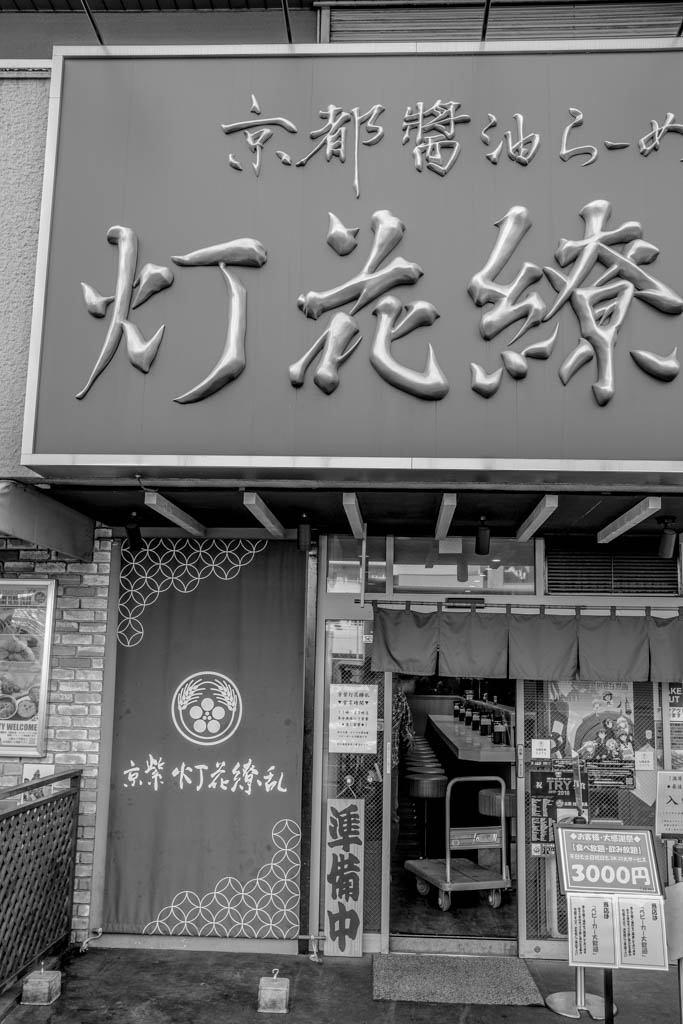 らーめん天神下大喜 Daiki is one of Tokyo's classic shops. I went a few times, back when I dared blog about the…

らぁ麺はやし田 Hayashida hit the scene hard in 2017. Somehow, it popped on to many (foreign) foodie radars. The location, right…