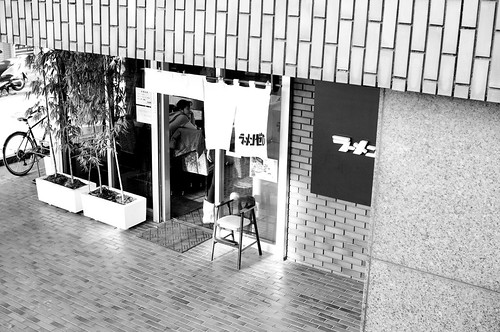 Ramen isn’t just soup straight from the pot and into your bowl. You’ll often see a skilled ramen chef ladling in a tablespoon of this, a teaspoon of that, and a dash of something-or-other before finally going to the pot of simmering soup. Ramen Zero boasts none of that nonsense. The soup is it. “No added salt, no added soy sauce, and no added miso” is what their business card says. 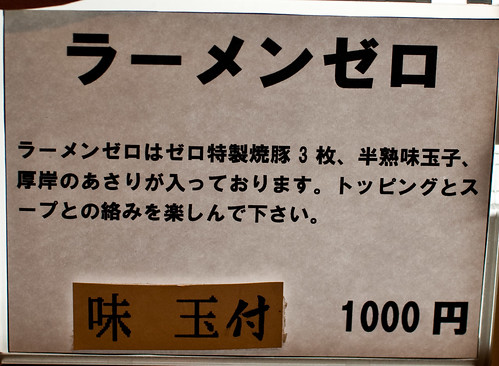 We actually meant to go to a place called Buono Buono in Nakameguro. The adventure was actually finding the place. After making a loop of the block it was supposed to be on, we called the shop. “We are closed!” “But where are you?” “No really, last order was 30 minutes ago… wait are you the guys standing just outside the shop?” File that for the future.

Anyways, Ramen Zero was just 2km away, and last order was still an hour off. 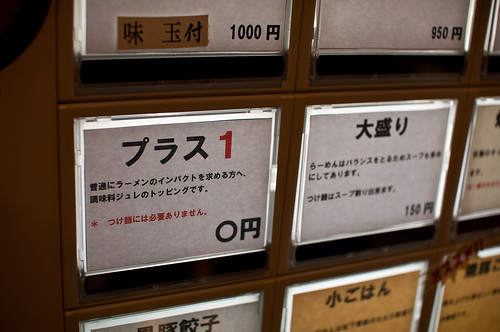 Yeah, it’s 1000 yen for the ramen with everything. There was a sold out “Plus 1”, which looks like a salty jelly of some sorts. 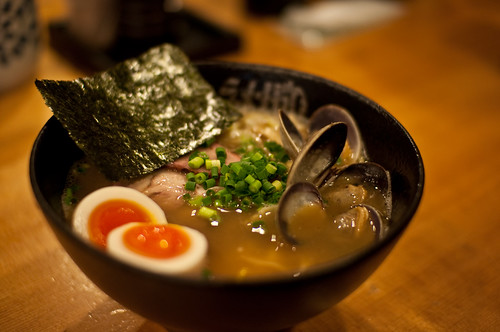 What a gorgeous bowl. But how would you expect a bowl of ramen that specifically claims no added flavors to taste? Pretty weak?

You’d be totally right. It was good and all, but there was only a slight lingering of the clams after each bite. And speaking of clams, I really don’t like having to fish out the shells. I guess it’s a presentation thing. They make a good chopstick holder though. 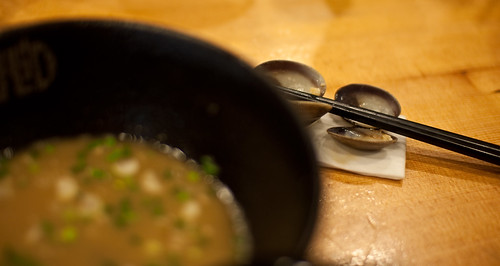 Back at the station, the ramen radar went off. A new miso shop from Ippudo?!? Everything that Ippudo touches turns to gold. Thick, golden tonkotsu soup. Stay tuned. 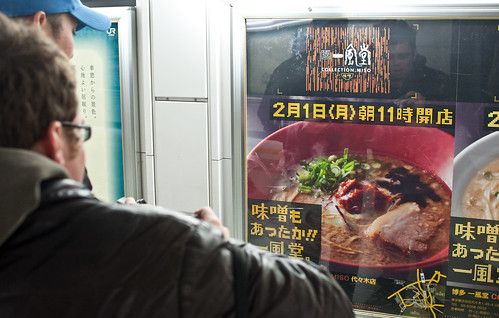 一福 The weekly meeting of Nate, Keizo, and I often starts with an adventure in choosing a shop. We had…