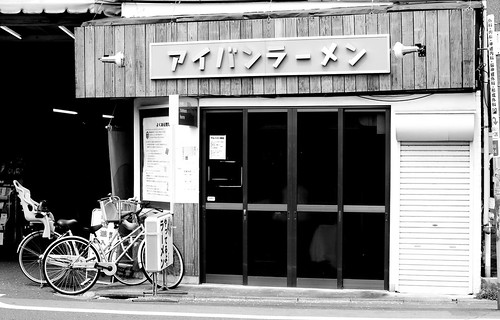 (from Rokakoen station, take the north exit and turn left at the first intersection)

A visit from fellow English language ramen blogger Keizo warranted a visit to Ivan Ramen. Opened back in 2007 by a foreigner from New York, this shop has been a huge buzz in the Tokyo ramen world. 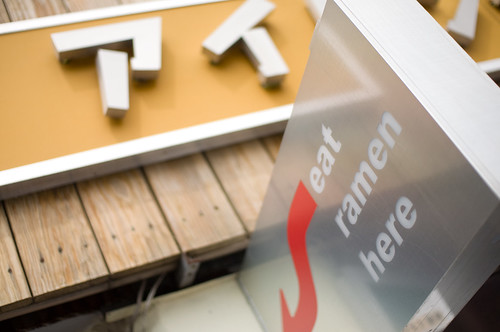 In Tokyo, there’s a funny, and sad, fact about restaurants and foreigners. There still exists a fascination with foreign things, especially in the realm of food. This leads to a lame result… any knuckle head can open a restaurant if they look the part. For example, a good friend of mine got a job at a French restaurant a few month ago. She just happens to be French. Her job was to be the wine and cheese person. So far, so good. But, she admits to me, she knows almost nothing about wine and cheese. She’s just French, and that’s enough. 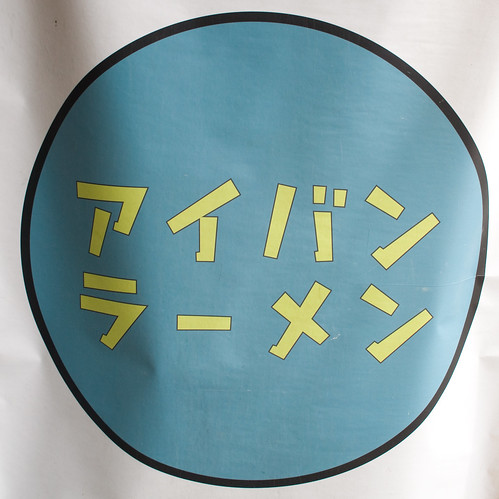 Ok, so people are fascinated by foreignness. They are going to be doubly fascinated if a foreigner opens something beyond their norm. Enter Ivan Orkin. And a ramen shop. I’ll admit it, I was skeptical. The whole thing could just be some ploy. A lot of the big money ramen industry runs on gimmicky fuel, like television spots or challenge style eating. “I saw Aoi Miyazaki eat a triple size bowl! We have to go!” 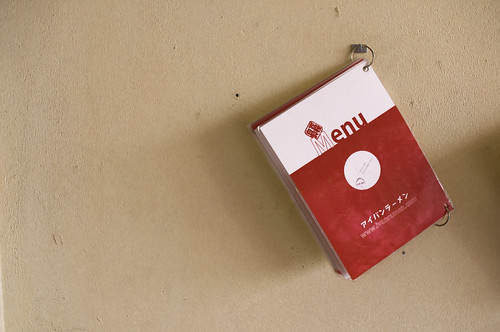 The shop’s been open for some time now, and still had a 15 minute wait to get in. During this time Ivan himself came out to talk with us. He explained his philosophy towards cooking and ramen. He wants something where each aspect can be fully enjoyed by itself or with the rest. Ramen is a group effort, the right noodles, soup, and toppings. But to make something where each aspect stands out, therin lies the chef’s goal. 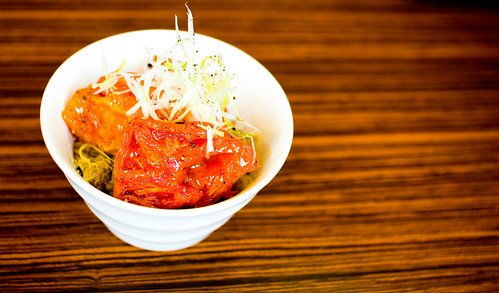 The menu has a lot of items. Besides the standard shoyu and shio ramen and tsukemen, there are more “gourmet” fair. So I went for a bowl of his shio ramen, and a small roasted tomato and pork rice bowl. The rice bowl was wonderful. If you have an appetite, definately tack one of these on to your order. But on to the ramen… 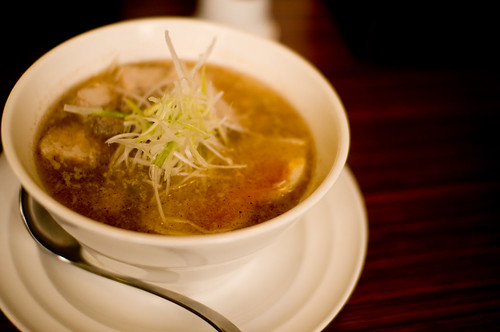 Salt ramen is actually not so common. The reason, I think, is that a bad salt broth is horrid, while a bad soy sauce broth or miso broth is palatable. Ivan’s creation is, as expected, delicious. Although not the porky goodness of the tonkotsu I usually go for, this soup is complex. The menma was awesome. The pork great. The half cooked egg didn’t disappoint. And the handmade noodles were perfect, nice and thin. 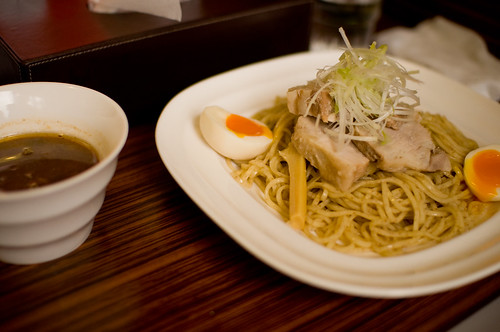 Keizo had the tsukemen. I had a taste, and they were pretty good. Ivan mentioned that he might be delving into more cold style noodles this summer.

But for the time being, I’m sold. I’ll make a couple more trips out here to try the spicy chili ramen and the roasted garlic ramen. There’s also homemade ice cream, which I totally forgot about. 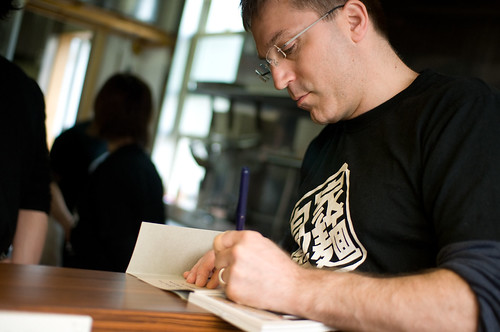 凪It's been a while since I've been to Nagi in Shibuya. The first time I went, I sang it's praises…

旅人の木(from Kichijoji station, go out the Central exit and turn left. It's about a 10 minute walk, just keep going…