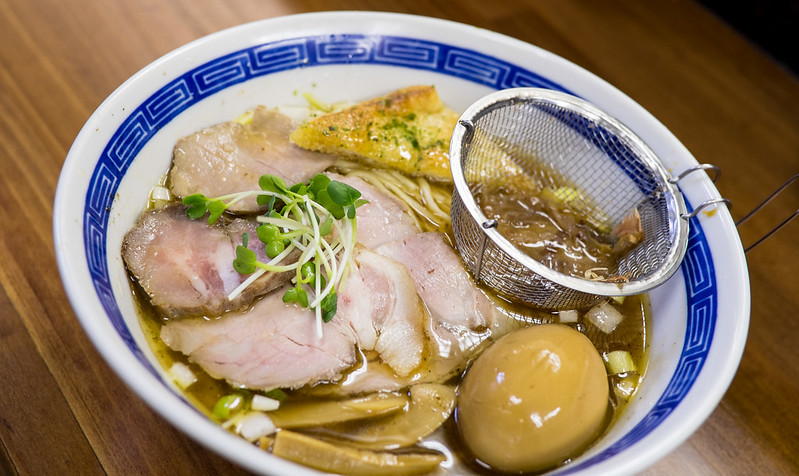 When one of Japan’s most famous ramen critics tells you about a new shop, you go as soon as you can. That’s just what Ishiyama-san did. 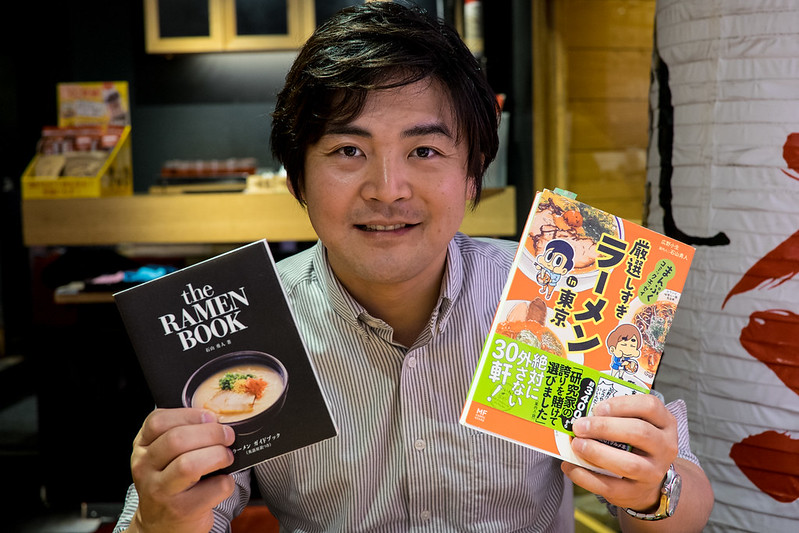 Ishiyama-san with two of his latest books. He has over a dozen ramen books to his name. On the right is a fun manga giving info on the roots of 30 Tokyo shops. On the left is his new English guide to ramen. Direct competition with my book? You bet! Grab a copy here.

Back to the recommended ramen. Katsuoken promised copious amounts of, you guessed it, katsuo. 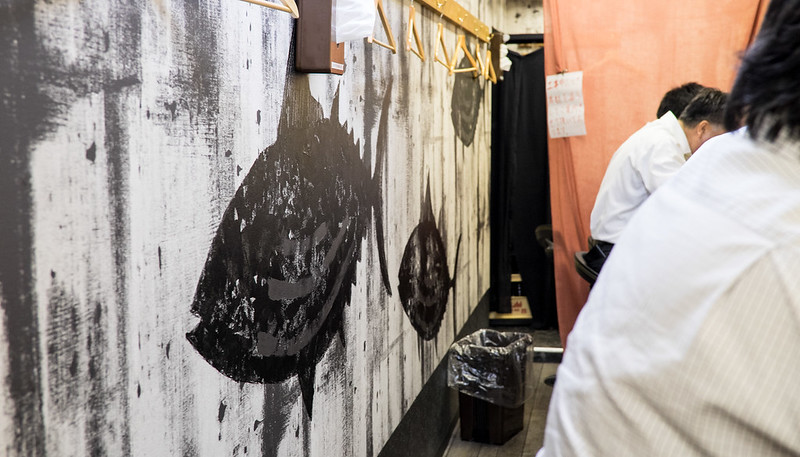 Bonito. Skipjack tuna. This is the fish that, when paired with konbu seaweed, gives that explosion of umami flavors we know and love. There is a rather new, and completely awesome ramen site out there called Ramen Chemistry that breaks down all that umami stuff. Give it a read if you want to know more. 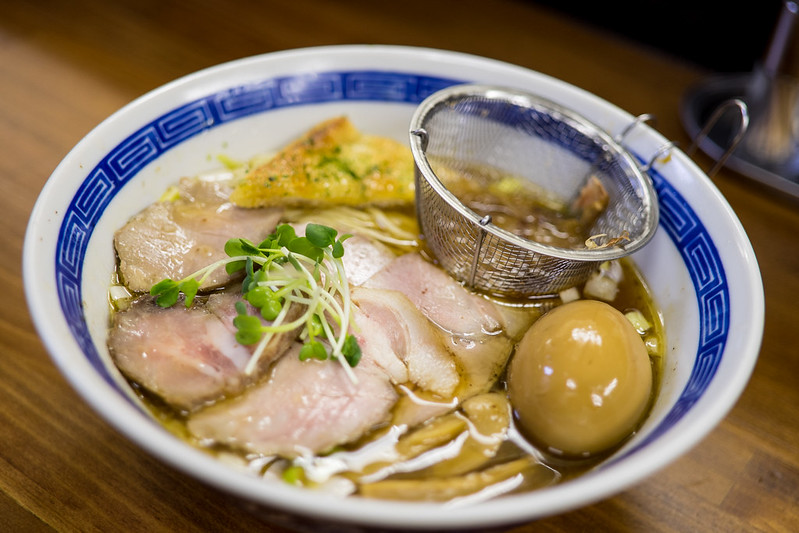 Along with the soup already having quite a lot of the stuff, a strainer of dried katsuo flakes lets you treat your bowl like a fishy cup of tea. 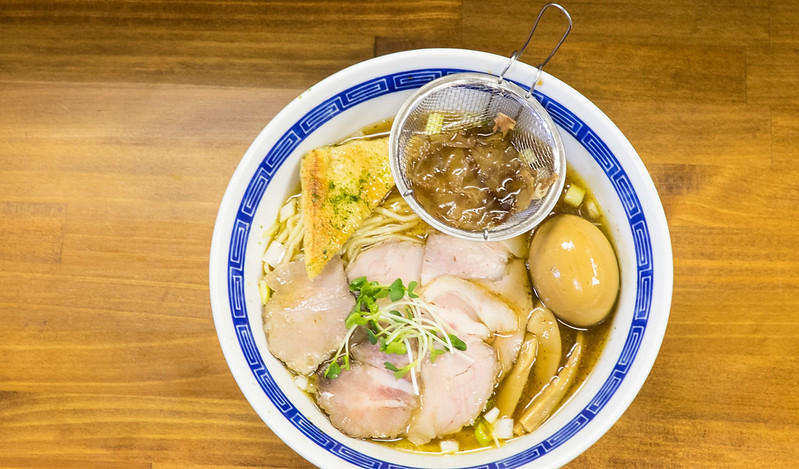 I love that katsuo isn’t fishy at all. More of a smoky, dried taste. American ramen shops have been known to substitute bacon for katsuo, but that is only because it is harder to get the good stuff in the States.

Toppings were good on the 870 yen special version, but I’d say stick with the regular. Yes, it is the button on the upper left of the ticket machine. Rule #5 at ramen shops, the upper left will get you something great. 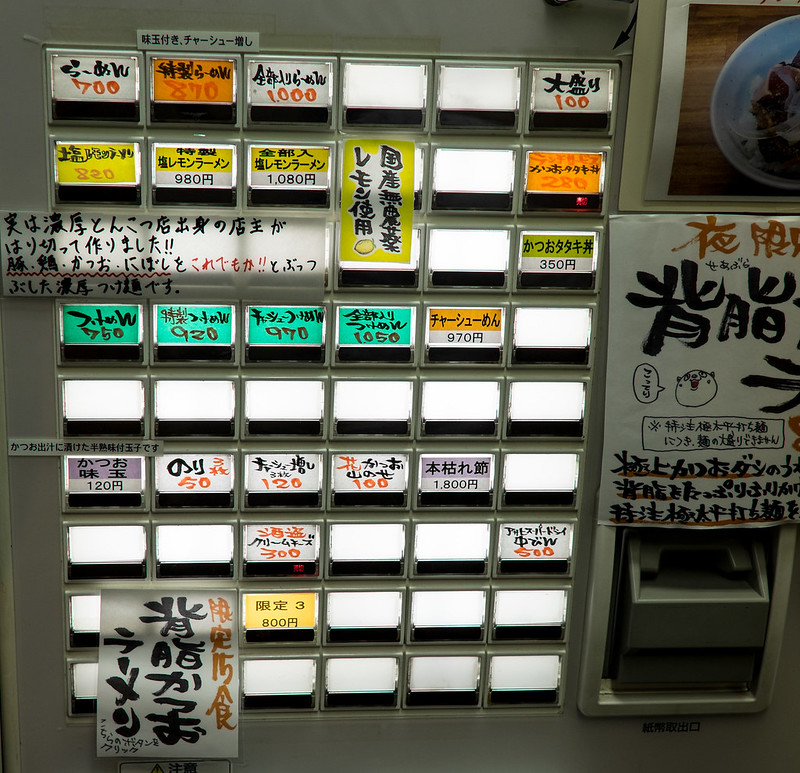 Why not go for the biggest bowl? 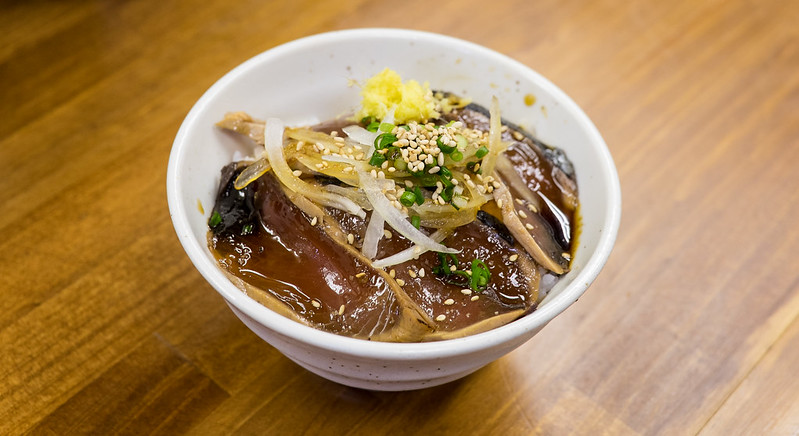 Definitely to save room for a タタキ丼, a rice bowl covered with seared and seasoned katsuo. 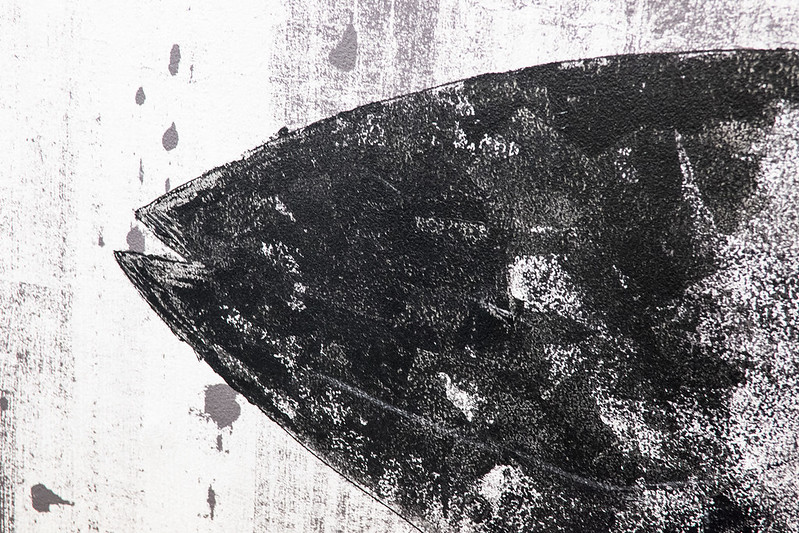 I made a video here with AKB48 and #TokyoExtra. 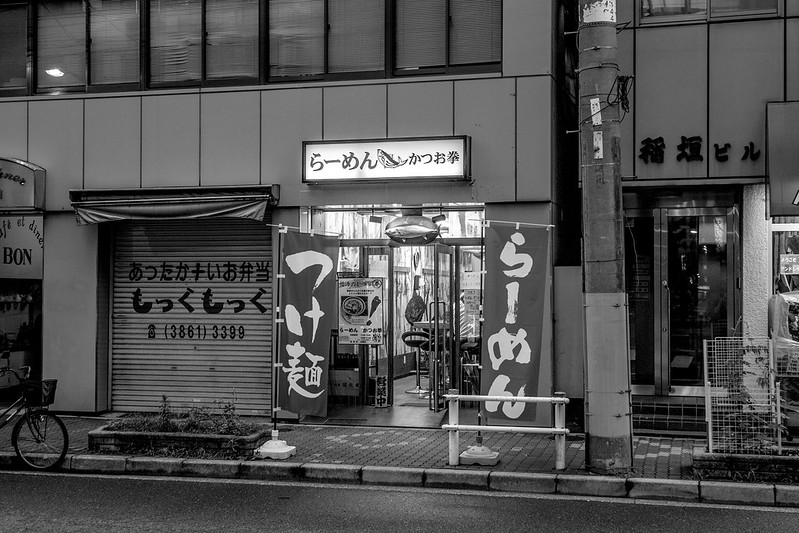 志奈そば 田なか 重濃鯵ニボそば. Jyuko Aji Nibo Soba. Super thick mackerel and sardine noodles. That's what you will get at Tanaka…