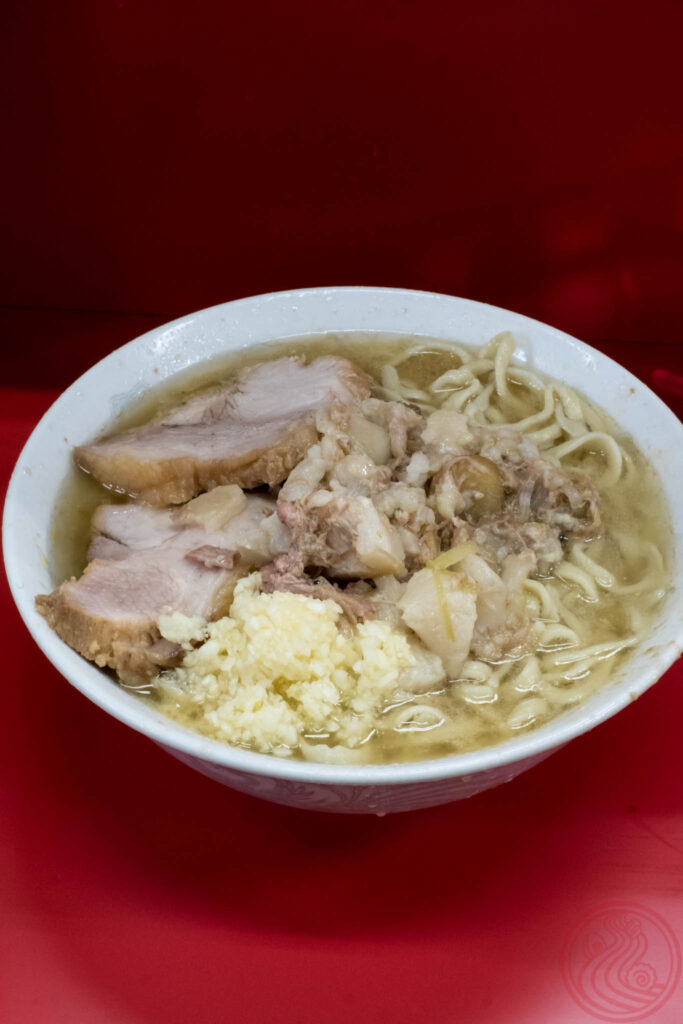 I finally made it to the original Ramen Jiro shop in Mita, Tokyo. This is where it all started. The ramen that caused a thousand heart attacks! 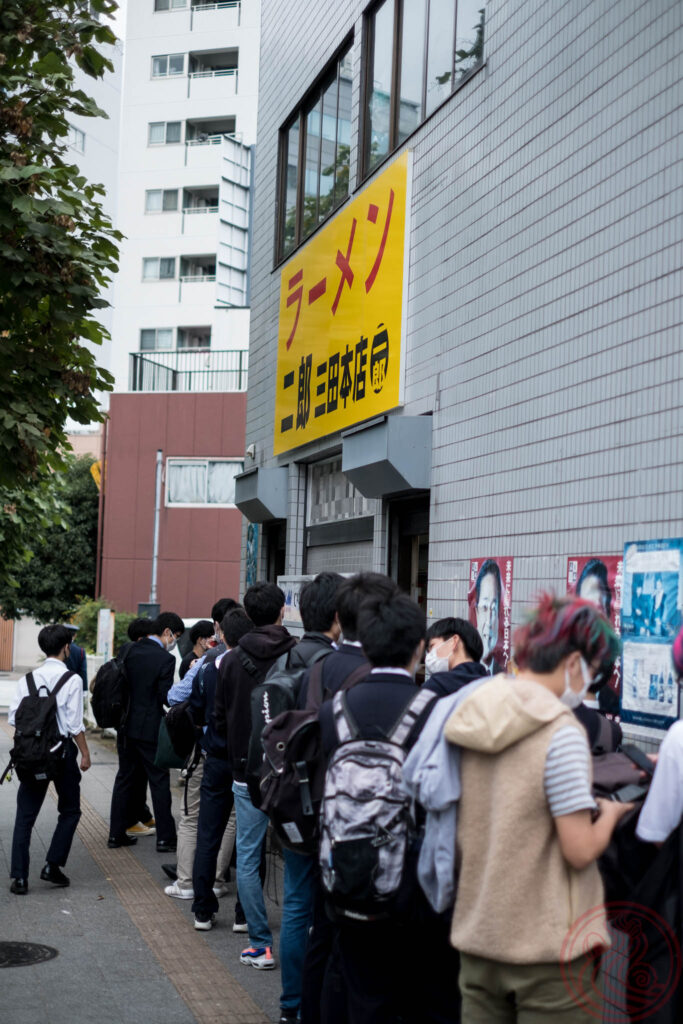 I feel like I shouldn’t need to explain what Ramen Jiro is on a site with 1500 ramen shop reviews, but I probably should for the random people who stumbled here by accident. Hello, new ramen lovers. You might want to tread lightly here. Ramen Jiro is an intense, porky bowl of ramen topped with raw garlic, chunks of pork back fat, and enough noodles to satisfy a sumo wrestler. True fans, called Jirorians, try to visit all 40-something shops around Japan. There are slight differences at each, but the common denominator is that this is perhaps the most insane bowl of ramen you can crush. 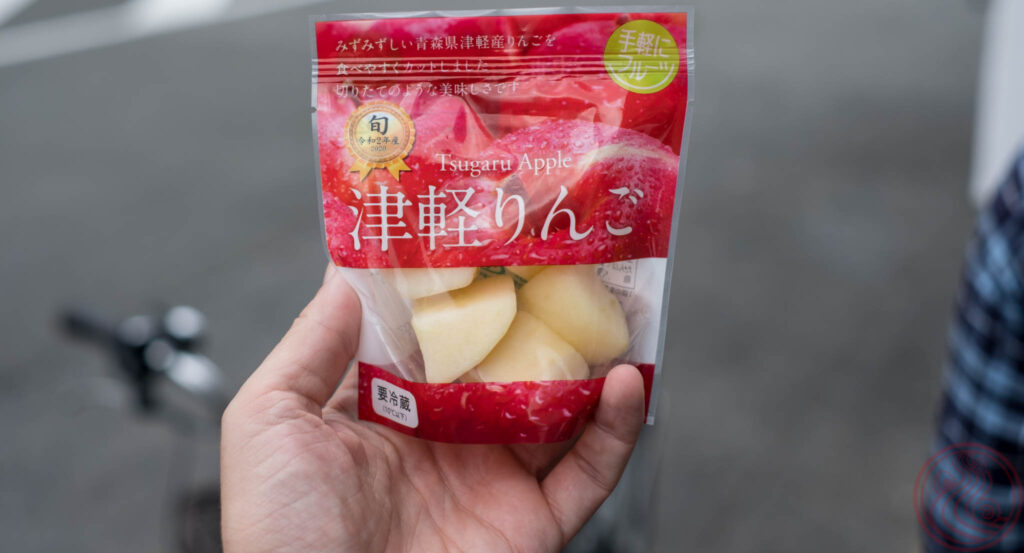 Ramen Jiro’s soup is full of garlic, and you will stink of the stuff for about 24 hours. If you eat an apple, or drink apple juice, around the time of your ramen, it will greatly reduce your garlic breath. It’s science! Phenolic compounds found in apples really do the trick. It’s called quercetin, and it reacts with the sulfur that passes into your bloodstream. That sulfer circulates in your body and touches the capillaries in your lungs, where it is exhaled into your poor friends’ faces. It’s literally in your blood, and that’s why a simple mint only masks the stink. You have to fight it from within.

And if you are worried about all the carbs and fat, grab a high-fiber tea. You’ll find these vending machines outside almost every Jiro shop. Do these special (and more expensive) teas do anything? I think it’s mostly marketing, but a little extra fiber never hurt anyone. 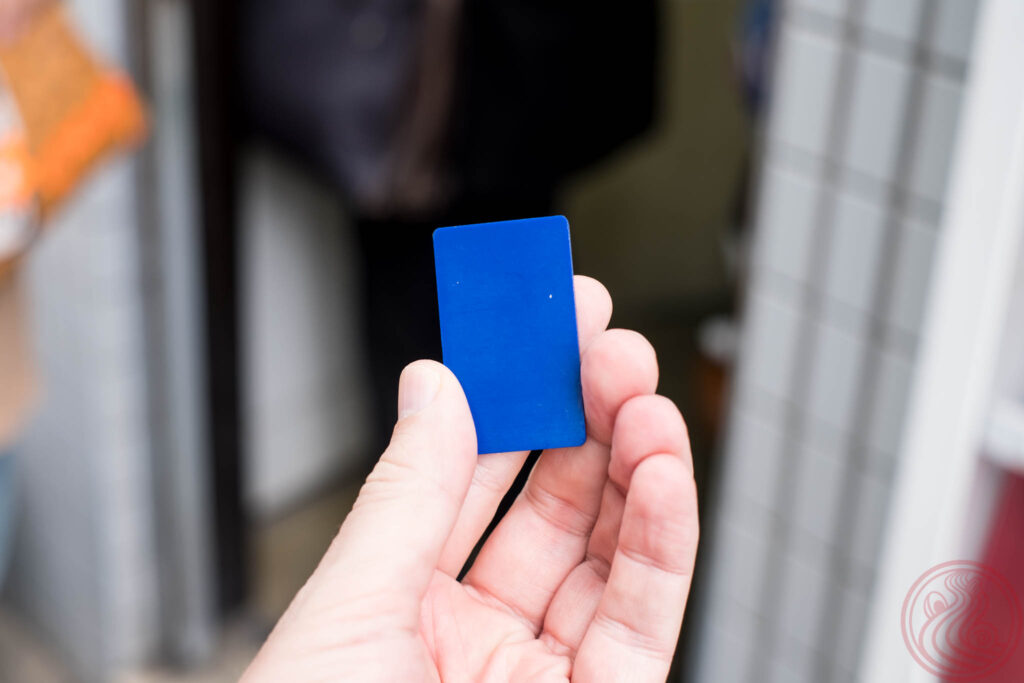 Blue for the smallest size they have. You do you, but my advice is to go small unless you know what you are doing. Many Jiro shops post that first-timers are prohibited from ordering the larger sizes, as they probably won’t finish everything. 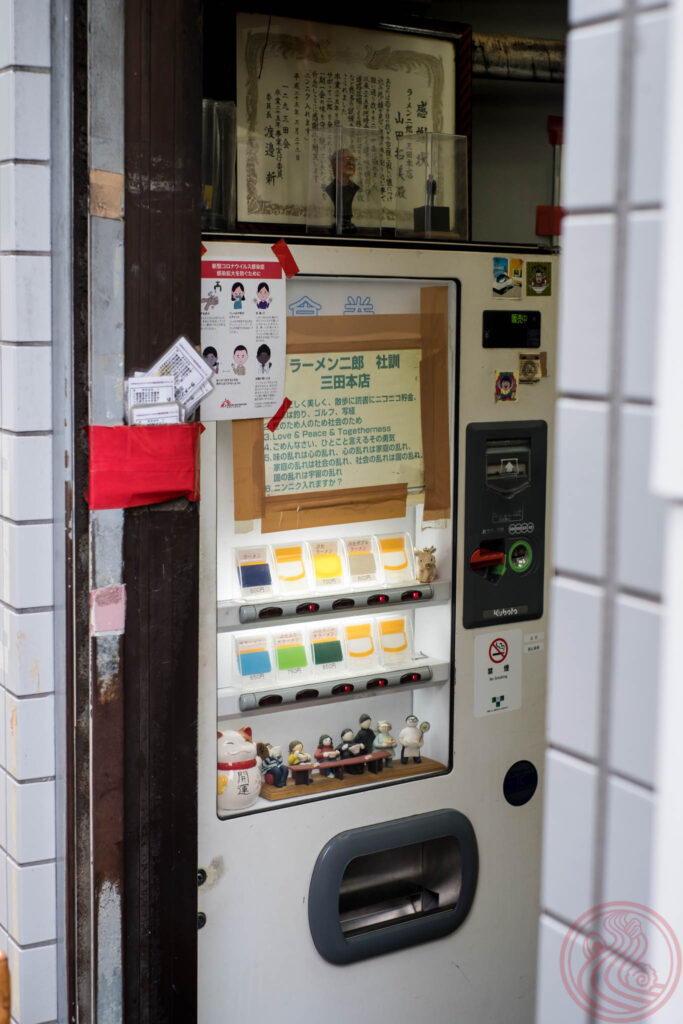 Jirorian Riku, a professional fighter who wears Jiro-themed boxing shorts. Of course his signed poster is on the wall. 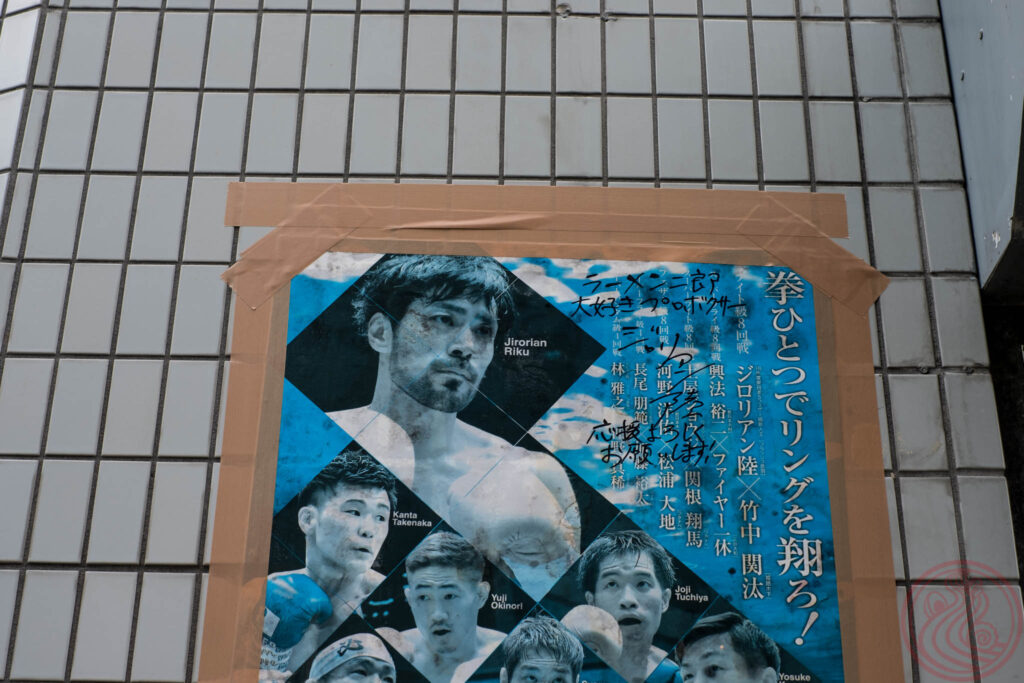 Remember, Jiro has a special system. When your ramen is being plated, you’ll be asked if you want garlic. This is where you tell the staff if you want vegetables (mostly just moyashi bean sprouts), pork back fat, extra tare sauce, and raw garlic. Tell them how much you want of each and get ready to go to town. For example, my order is 野菜無し油マシニンニク普通. No vegetables, extra back fat, and a normal scoop of raw garlic. 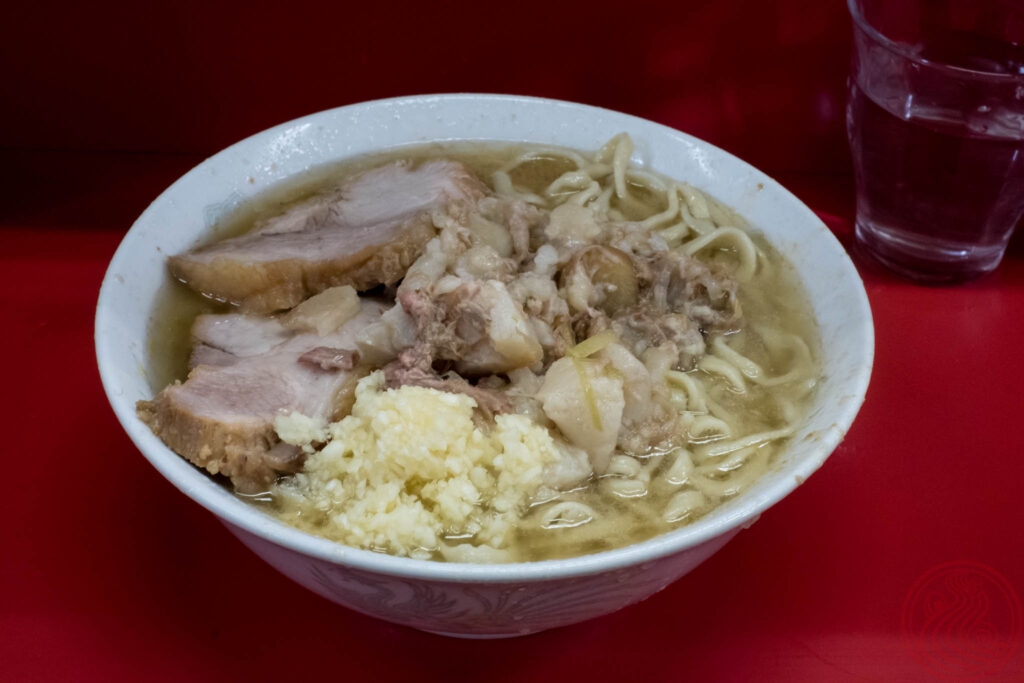 Here is the official statement from the master:

Opened in 1968. In the evenings his son runs the place. Noodles are kind of soft, so you might want to order them hard (katame). You can ask for the noodles a certain way at the time you hand over your ticket. You can also ask for less noodles (men tsukuname) or even half noodles (men han bun). Don’t ask for mashi mashi! Don’t order the nabe, that is only for Keio University students in the athletic department. 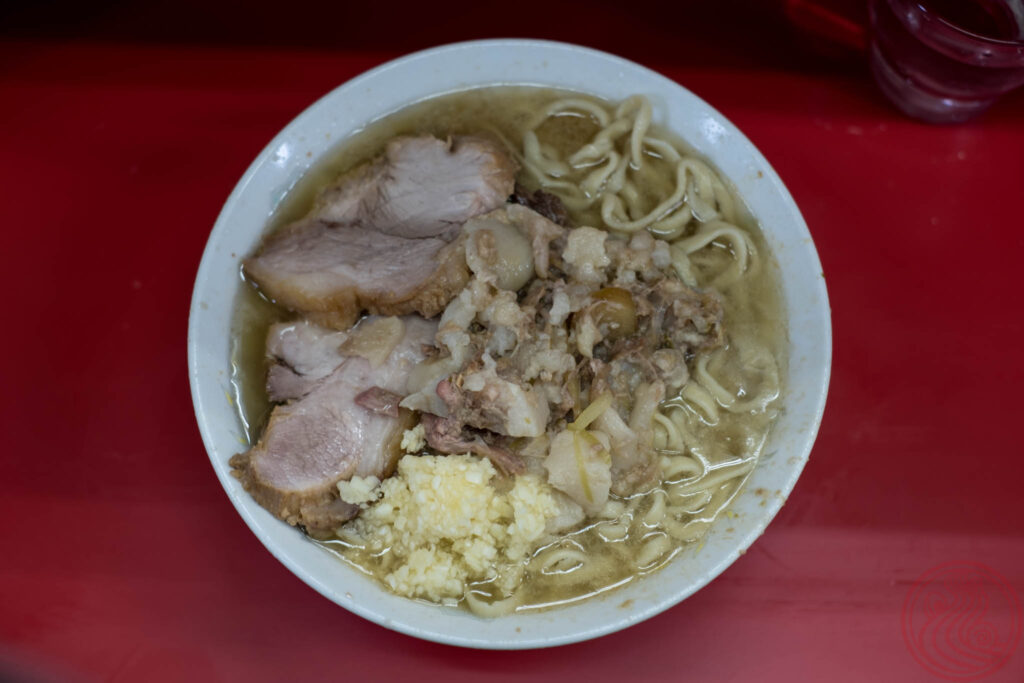 The bowl at this Mita shop was wild. Along with the pork back fat in the soup, there were random bits of connective tissue and congealed pigs’ blood. The soup at Jiro isn’t skimmed for scum during the cooking process. All that gunk that normal chefs carefully remove just gets mixed back in. Even the most serious Jirorians rarely drink the soup. You may think I’m being anecdotal, but it is so rare to drink any of the soup that most Jiro shops make you ask for the utensil. 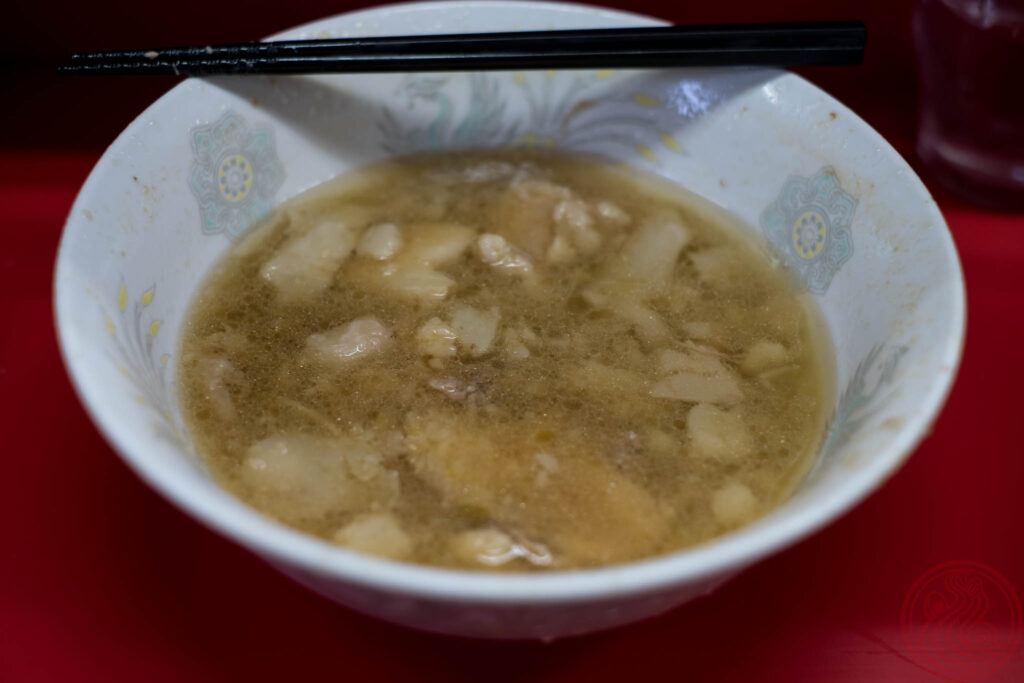 This was probably the most enjoyable Jiro to date for me. I realized that if I order it without the mini-mountain of bean sprouts, I can dig right into the noodles. Yasai nuki. On a side note, some Jiro shops have a rule that you can’t use the work nashi (無し means none) because it sounds to close to mashi (マシ means extra). Follow the rules folks! 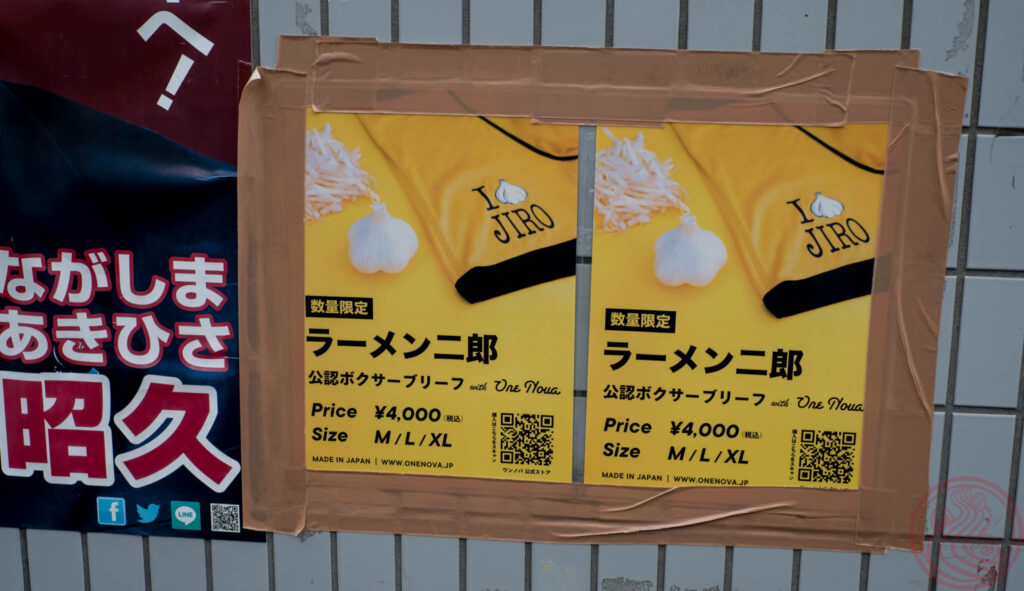 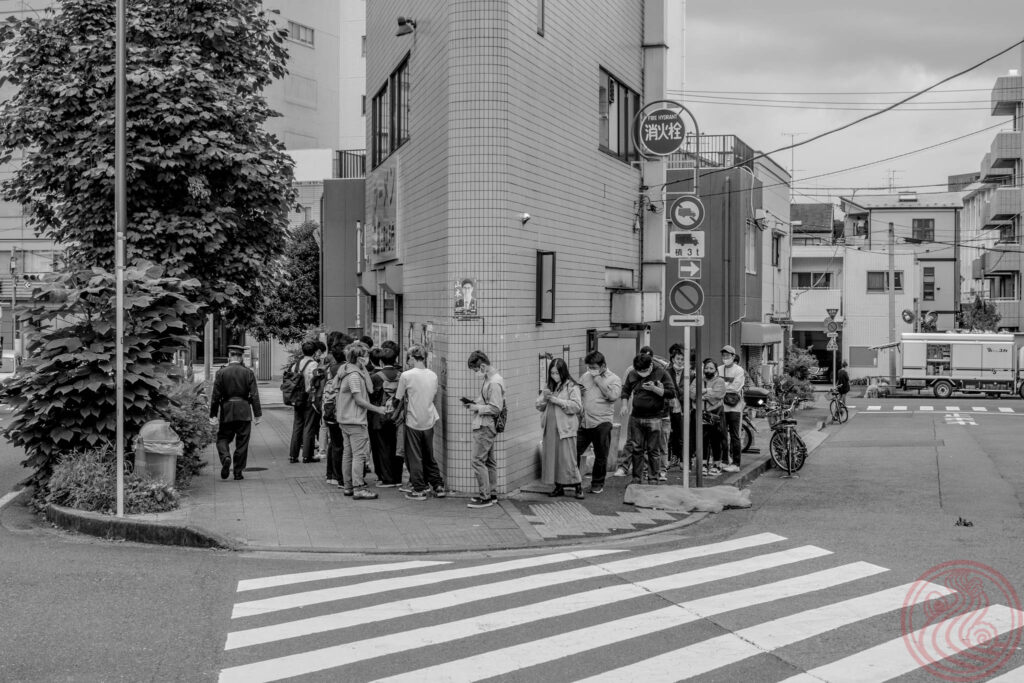 Ramen Adventures is on YouTube. Help me grow to 100,000 subscribers!

麺屋ひょっとこ Top-class ramen in a basement food court? Welcome to Tokyo. If I had to think what the perfect bowl…

らぁめん 葉月 Hazuki falls under the Mix category of ramen. This category came around in the last few years to…